300 people in costumes dancing through the streets with boomboxes. That’s Rehab Radio‘s Decentralised Dance Party. And it’s just as amazing as it sounds. 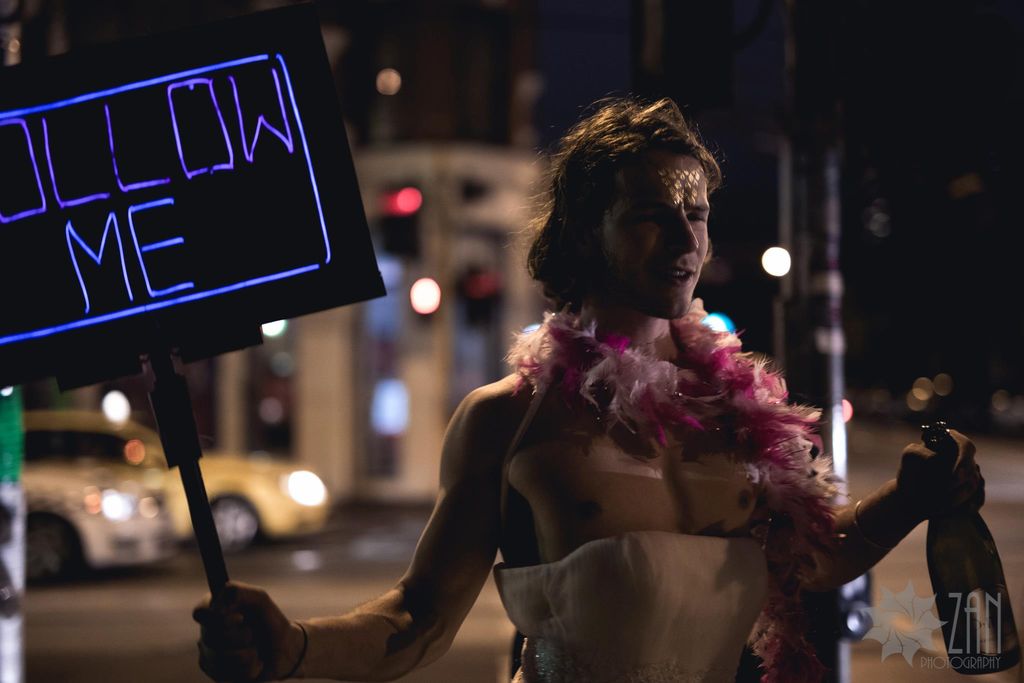 What’s a DDP? In the words of Rehab Radio: “A DDP consists of hundreds of Party People, carrying boomboxes, and a DJ who wears a backpack containing an FM radio transmitter.  This Portable Dance Party roams the night, generating complete awesomeness, street by street and block by block, onto buses and subways, into public fountains and beyond.  Inevitably interfacing with the public, together we create an infectious epidemic of fun.” And did we mention it’s all free?

This video shows you what it’s all about:
[youtube http://www.youtube.com/watch?v=JGuhailQK9c]

Melbourne’s collective Rehab Radio are the masterminds behind a whopping fifteen DDPs here. Think the sort of Burning Man aficionados who know how to put on great shit and actually follow through with it. They’ve been regularly putting on DDPs since 2010 or so, with each one getting bigger and better.

Ruki had been to their St. Kilda event, whereas I got swept up in their White Night party last year. So finding out the 15th DDP: The Fitzroyalty, in April, was kicking off on Gertrude Street — our stomping grounds — got us all excited. What to wear? I whipped up one of my cardboard-and-aluminum-foil specialities, a crown; Ruki went as the King himself, Elvis. 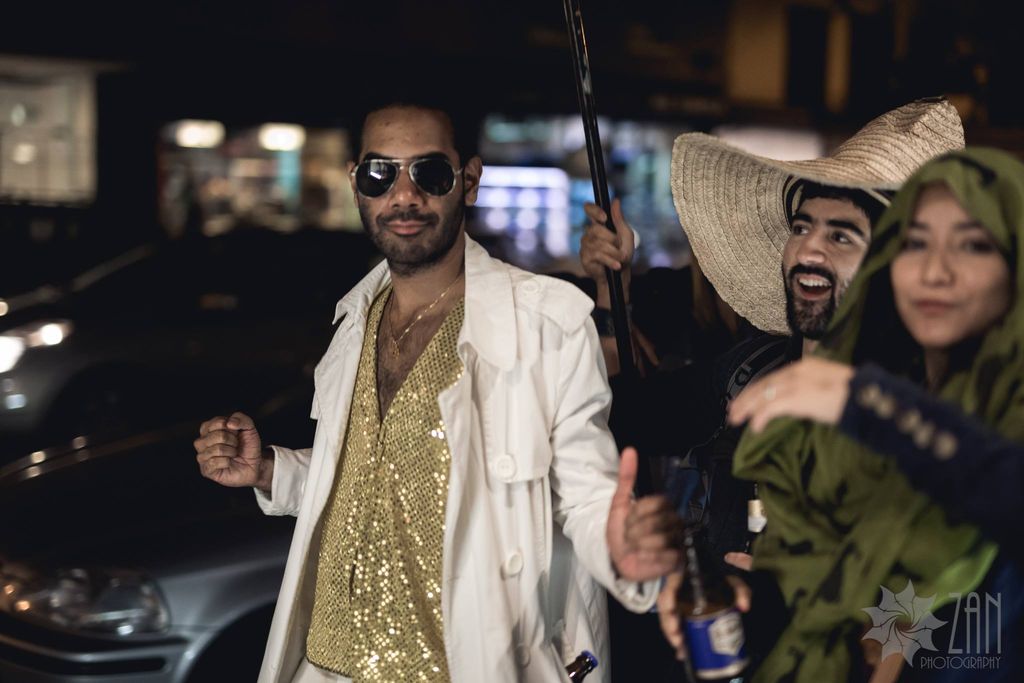 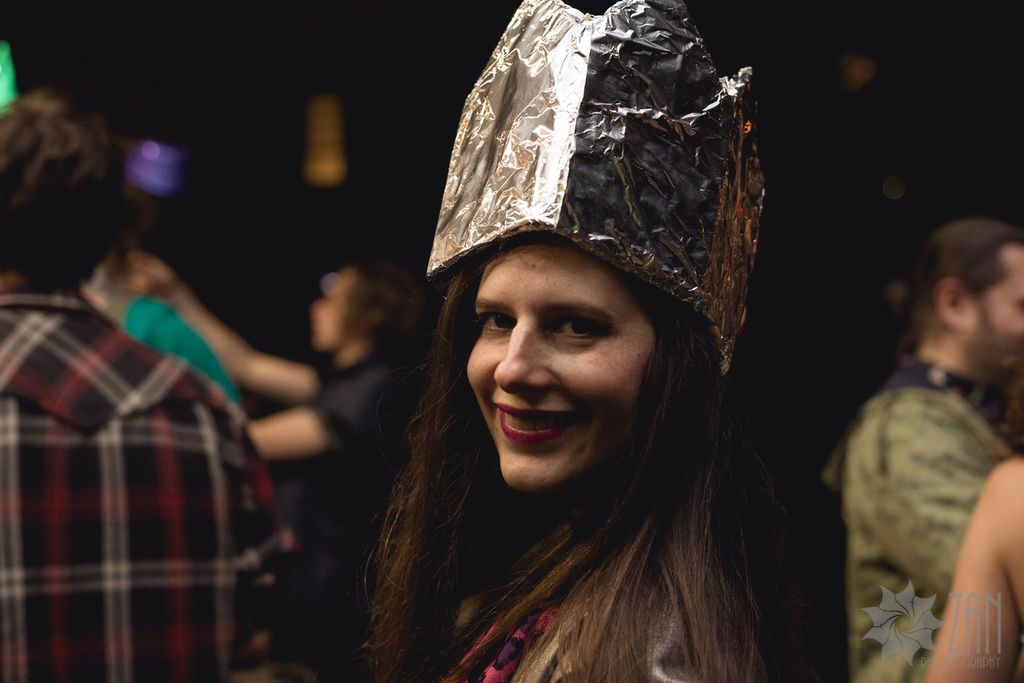 We picked up our (rather cumbersome) boomboxes and away we went, up Smith Street and across Johnston, spreading merriment en route. Halfway down Johnston we stopped for  a boogie and a surprise performance by the Real Hot Bitches, before finishing off with a massive dance party in front of the fountain in Carlton Gardens. (No, I didn’t go in the fountain.) A leave-no-trace event, the DDP exists now only in the memories of those who were lucky enough to partake in it. 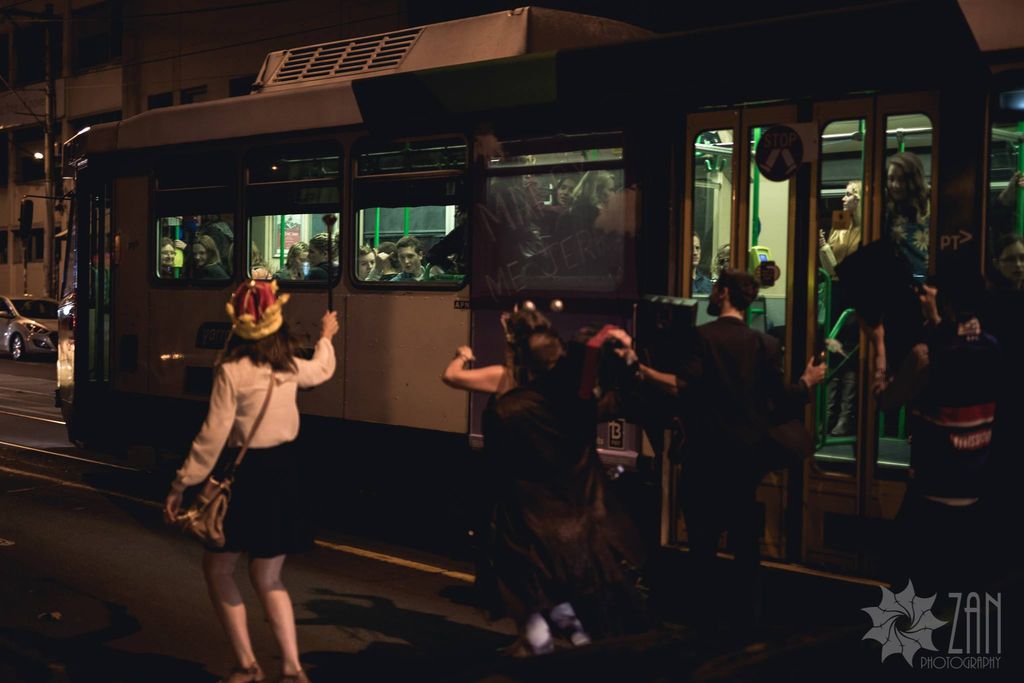 Right now, Rehab Radio needs your help. All those boombox batteries don’t pay for themselves, you know. Contribute a little to their Pozible campaign so they can keep the party going. And make sure to tune in to TPO so we can tell you when the next one is!

-Theresa
The Plus Ones’ co-founder, Theresa prides herself on being able to whip up a costume on a moment’s notice out of the belongings of her costume closet (plus a bit of aluminum foil — and yes, that is the older word).

Like Rehab Radio on Facebook to be apprised of their next event.
Their Pozible campaign ends on 13 June 2015.