Spring is here!  The Plus Ones took full toll of the intermittent Melbourne sunshine to get out and about over the first month of spring.

Melburnians love different, and a beer festival inside a prison certainly is. As we entered D Division in the prison block (formerly home to the likes of Chopper Read) we knew that we were in for a journey. I loved that not only did I get to sample some of the finest craft beers in town, but also that I was educated on Melbourne’s history through the many nooks and crannies of the prison. The craft beer scene has been creative this year with its events (Puffing Billy, trams, surfboards…) and I can’t wait to see what they conjure up next! -Ruki 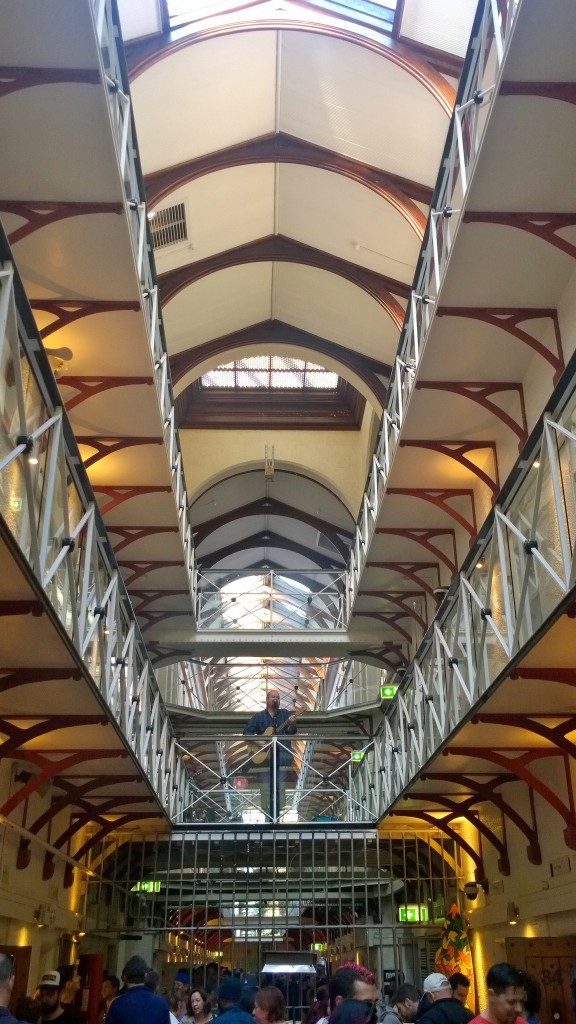 Nekkid people, everywhere! It was just what you’d expect from Feck (a Fitzroy-based erotica company). It was highly interactive — we got to put stickers near our favourite works (from sculpture to video to photos); and in one room, there was a live video feed where folks could go into a curtained-off area perform what they found erotic for the appreciative crowd. Not to mention the performance art piece where a dozen people stripped off — inspiring regular guests to get naked, too. The art itself is worth a visit to the gallery, but opening night’s energy made this one of most memorable openings I’ve been to. -Theresa

We told you this would be good. It was epic. The opening night for the Fringe Festival saw several acts give you a taste of their broader shows. We danced, we laughed, we saw male strippers… This year the Fringe team has kept the party going with ‘So You Think You Can Dance’. Held each Friday throughout the festival, it is one of the best free nights out you can experience. Get into the spirit and enjoy what’s left of the Fest! -Ruki

I didn’t really know what to expect. All I knew was that we were promised a smoke and laser show. The Liquid Architecture Festival probably isn’t for everyone, but there were 400 people at the opening night party and they seemed to know what was going on. Descriptions of acts included words such as ‘glossolalic’, so the event in general was probably on a different plane to my general understanding, but the laser show was a sight to behold. -Ruki

Every now and then you find a hidden gem. On Mondays throughout September (and hopefully October) the whiskey bar at the Grace Darling Hotel is playing host to a Jazz Party. Think 200 people (the type of people who can go out on a Monday night, so people like me!) jiving and bopping to some fresh upbeat jazz. The party starts at around 9:30pm and goes till late…oh and it’s free. -Ruki

Want to find out about shenanigans like this? Bookmark our constantly-updated calendar of events so you, too, can come along to Melbourne’s best events.

Disclosure: The Plus Ones were invited guests of the Northern Craft Beer Festival and the Liquid Architecture Festival.

The Plus Ones’ Guide – Melbourne Festival