It was a typical January evening in Edinburgh city centre.  The cold windy chill blasted across my face, causing me to walk hunch shouldered, ahead of me the beautiful architecture on the Royal Mile glistened as the drizzle crystallised onto the grand buildings.  I was walking up the Mile to St. Giles Cathedral, a stunning landmark on the way to the castle, whose proud sandy features were hosting an event tonight entitled MUSEUM OF THE MOON. 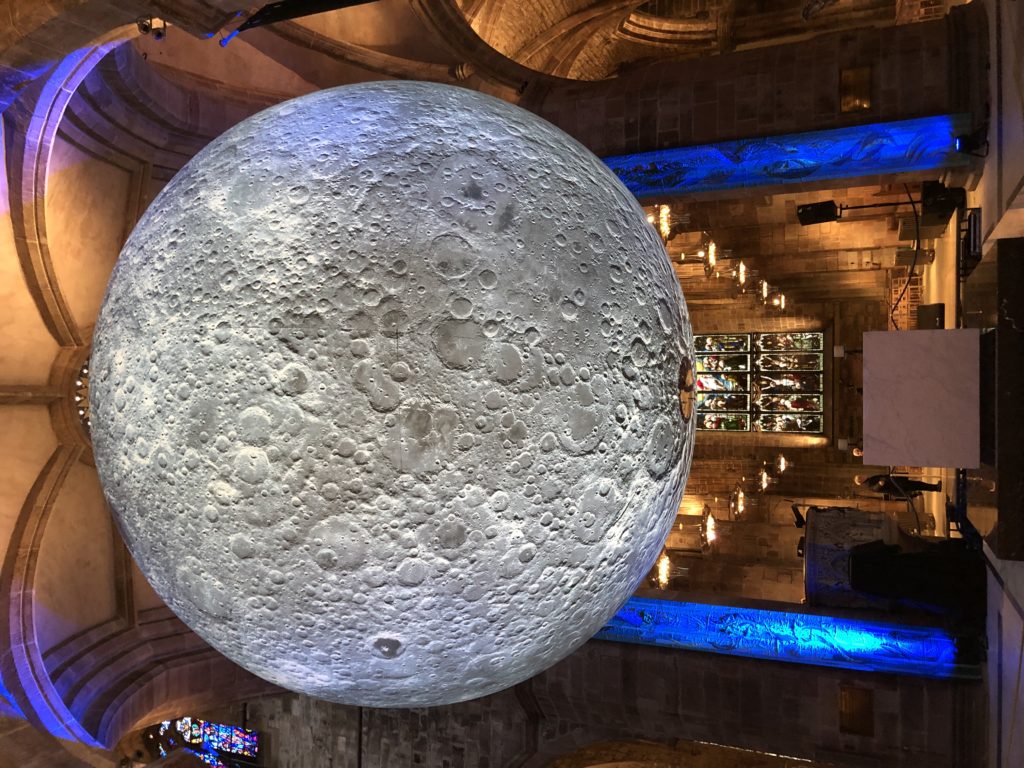 It is worth having a wander inside this grand old religious theatre.  A cathedral has stood here since the 12th century though it was badly damaged in 1322 by the raiding English army.  It gradually fell into major disrepair until a complete overhaul was achieved by 1872 into more or less what we see now.  In the evenings when lit by candlelight it’s a beautiful shrine and the religious artefacts that have either been restored or meticulously reproduced create a sombre yet beautiful experience.

Into this tonight’s event has been overlaid. Artist Luke Jerram has created a replica 7m high version of the moon, and this is suspended on the ceiling with lighting beaming off it.  In the background a specially created soundtrack by composer Dan Jones accompanies the vision. In written words it doesn’t sound too inspiring, but its simplicity is its wonder.  Placed in the cathedral with the atmospheric choral sounds it creates an omnipresence and you can’t help but stare, wonder, and take in the backdrop music. 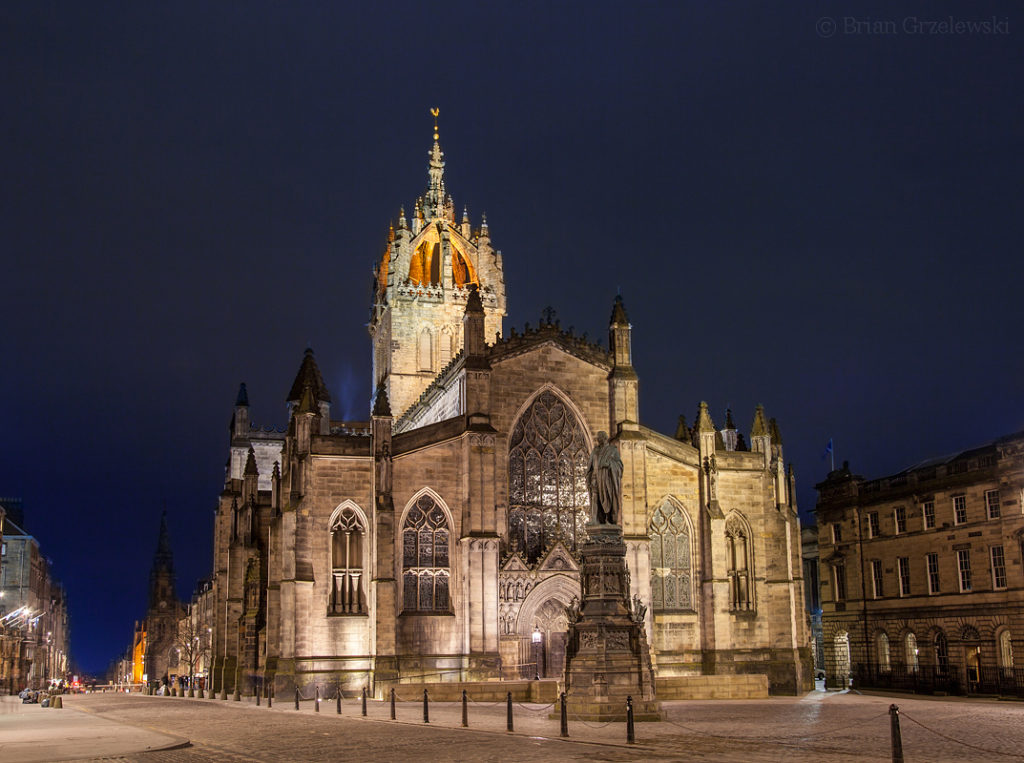 The night I visited the Museum of the Moon was the opening night for a new festival launched in Edinburgh to coincide with the forthcoming Burns night celebrations.  An Edinburgh councillor gave a speech explaining that the city was keen to have a festival running in some form throughout the year so this new one, entitled Burns and Beyond, filled a space in the calendar whilst adding something to the hugely anticipated Burns night which would be taking place that week.  Comedy nights, music, a musical, whisky tasting, walking tours, all culminating in a Burns supper at the end of the week.

If you are coming to Edinburgh close to Burns night next year look out for the festival, meanwhile Luke Jerram is touring his Museum of the Moon around the UK where it is installed in similarly stunning environments, see it if you can for a gently atmospheric evening.