If you want a bullet point synopsis of Scottish history, then look no further than the National Museum of Scotland.  At 1pm every day a daily tour through this nation’s dramatic past can be viewed for an hour, and best of all it’s completely free.

The tour guide is extremely knowledgeable and enthusiastic and he takes you through the story in a chronological fashion.  The museum is set out so that that the story reads from beginning on the bottom floor, then you rise through the museum floors until you get to the present day, which is a dramatic view of the skyline of Edinburgh. 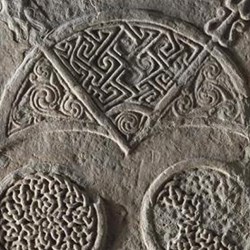 So we begin before Scotland exists, as a lump of rock drifting through the sea from the South Pole billions of years ago until it forms an uneasy connection with what became England.  As the tour guide explained maybe in a few billion years in the future that uneasy connection may have dissipated!

Upwards we go and early examples of daubing’s and drawings by the first known settlers on the island the Picts.  This hardy bunch repelled the Roman invasion and such was their enthusiasm to remain independent the Romans built Hadrians wall to keep them up north and away from their settlements.  Examples of Roman silver, a fine collection, which would have been offered to the Picts in order to encourage them to keep the peace is on show here. 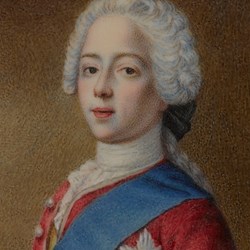 The complicated civil unrest and the connection and battling with the English next comes to the fore with a list of all the early rulers who lead Scotland on display here until the succession to the throne comes to an abrupt end, a constitutional crisis is created, and names such as William Wallace, Robert the Bruce, Mary Queen of Scots, Bonny Prince Charlie, and James VI take their places in turn in the spotlight until ultimately the nation is almost bankrupt and turns to England for a bail out in return for the union which still exists in similar form.

This ultimately leads to today, devolution, the forming of the Scottish assembly, and the recent independence referendum.

It’s a lively and well told story with some amazing artefacts from the periods.  Well worth finding out more about the tangled web of Scottish history.

Writing is my passion – Contact me at steve_j_heald@hotmail.com if you would like me to cover your event.

The National Museum of Scotland – Tour 1

The National Museum of Scotland – Tour 3