Anybody growing up in the middle to late eighties will feel a tinge of remembrance when you sit down to attend CLARA CUPCAKES – THE WORST as the music playing around the cosy environs of the auditorium is reminiscent of video games from the area, that plinky plonky synthesiser notes from Sonic the Hedgehog and similar rush me back to an adolescent where I played too many computer games and not enough time studying.

The graphics in this interactive stage show mirror this familiar feeling also.  If you ever watched Teletext or Ceefax on your television you will recall what I mean, those chunky block pictures which seemed all so high tech back in the day. 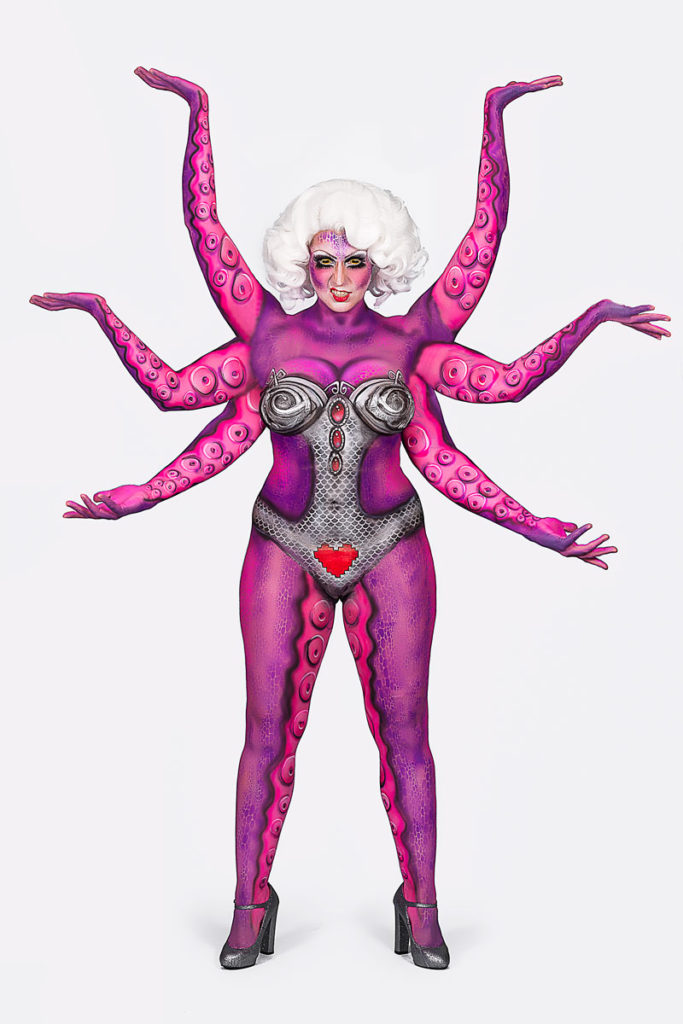 This is the backdrop for the show, which has a novel idea, the main protagonist, Clara Cupcakes, is actually a video game character and we are essentially watching a live computer game where she battles to win back her place in the kingdom she had been evicted from.  Anybody familiar with such games will be aware you have to pick up items, win challenges, and progress to various levels until you complete the game and here we see Clara gamefully attempt to achieve this whilst attempting to avoid being killed, which sadly happens on a number of occasions with the words every video gamer hated to see ‘GAME OVER’ appearing on the screen.  However just like with every video game the heroine can simply press the start button and start all over again. 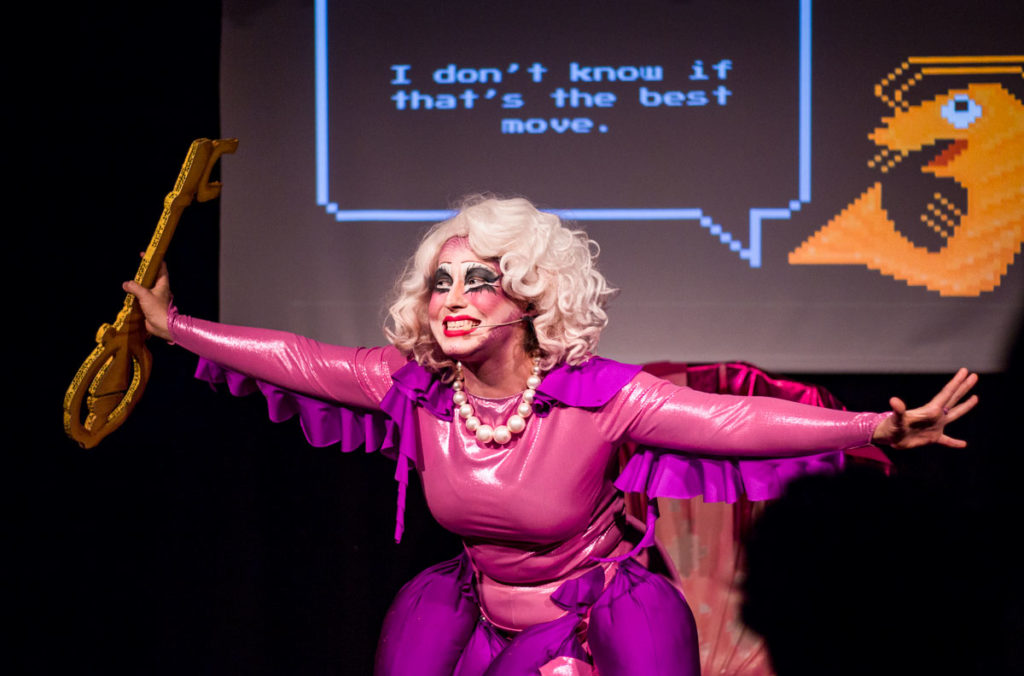 Clara Cupcakes is a solo show, and the lead performer deserves praise for undertaking such a novel and brave expression to the Fringe.  There is some funny audience participation as she attempts to create a rather surreal disco on stage and the crowd here certainly enjoyed this rather surreal and very original show.

STEVE HEALD – Writing is my passion, contact me at steve_j_heald@hotmail.com if you would like me to review your event.

Disclosure: The Plus Ones were invited guests of Crowded
Photo credits: 42nd Street Photography

National Museum of Scotland: Rip It Up