CLAIRE SULLIVAN is a friendly lady.  As we entered the auditorium for her one woman show she was there on stage smiling and welcoming us in.  Dressed as, I think, a snowman.

The surrealist show that Claire has produced starts right at the entrance, and never stops throughout as Claire bounces and runs around the stage, makes a number of costume changes, and moves around the audience at a giddy level until the end of this fast-paced hours show.

The theme is mainly dogs, hence the title I WISH I RAN A HOTEL FOR DOGS and if you are a dog lover you will find a feature during the show where Claire produces a dog book and shows pictures of a number of cute canines whilst inventing conversations and feelings for them quite surreally entertaining.  The theme continues with a faux dog show running throughout the show with Claire basically donning a different dogs hat and parading around the stage like a pitch invader at Crufts.

There was a an ‘interval’ midway through the set where Claire hurled packets of sweets into the audience.  Judging by the amount of rustling taking place at this moment, and the fact it was 10.45pm in a humid venue in the basement of the Teviot, the sugar boost was greatly appreciated, though Claire certainly seemed oblivious to the muggy conditions as she continued to blast her way through her set with a series of bizarre monologues which suggest Claire was maybe influenced by early Reeves and Mortimer. 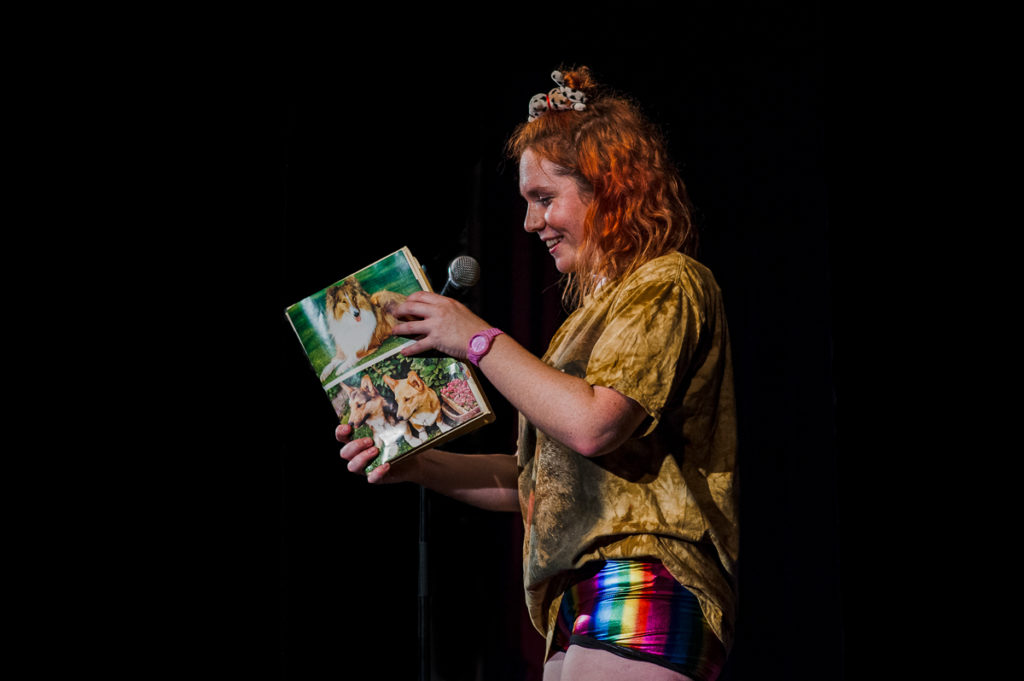 To highlight my initial thought that Claire is a friendly lady the lasting impression as we left the auditorium at the end of the show was of her standing smiling at the exit, thanking us for coming, and handing us a surreal momentum, a mini fanzine she had made up herself which looked like she’d lifted the contents off doodles out of her degree course notebooks (she reminded us she does have such a degree during the show!) which I found rather lovely and sweet.

Claire Sullivan: I Wish I Owned a Hotel for Dogs is on at the Edinburgh Fringe Festival until 27 August 2018. Get your tickets here.

STEVE HEALD – Writing is my passion, contact me at steve_j_heald@hotmail.com if you would like me to review your event.

Disclosure: The Plus Ones were invited guests of Crowded
Photo credits: Lindsay Oliver