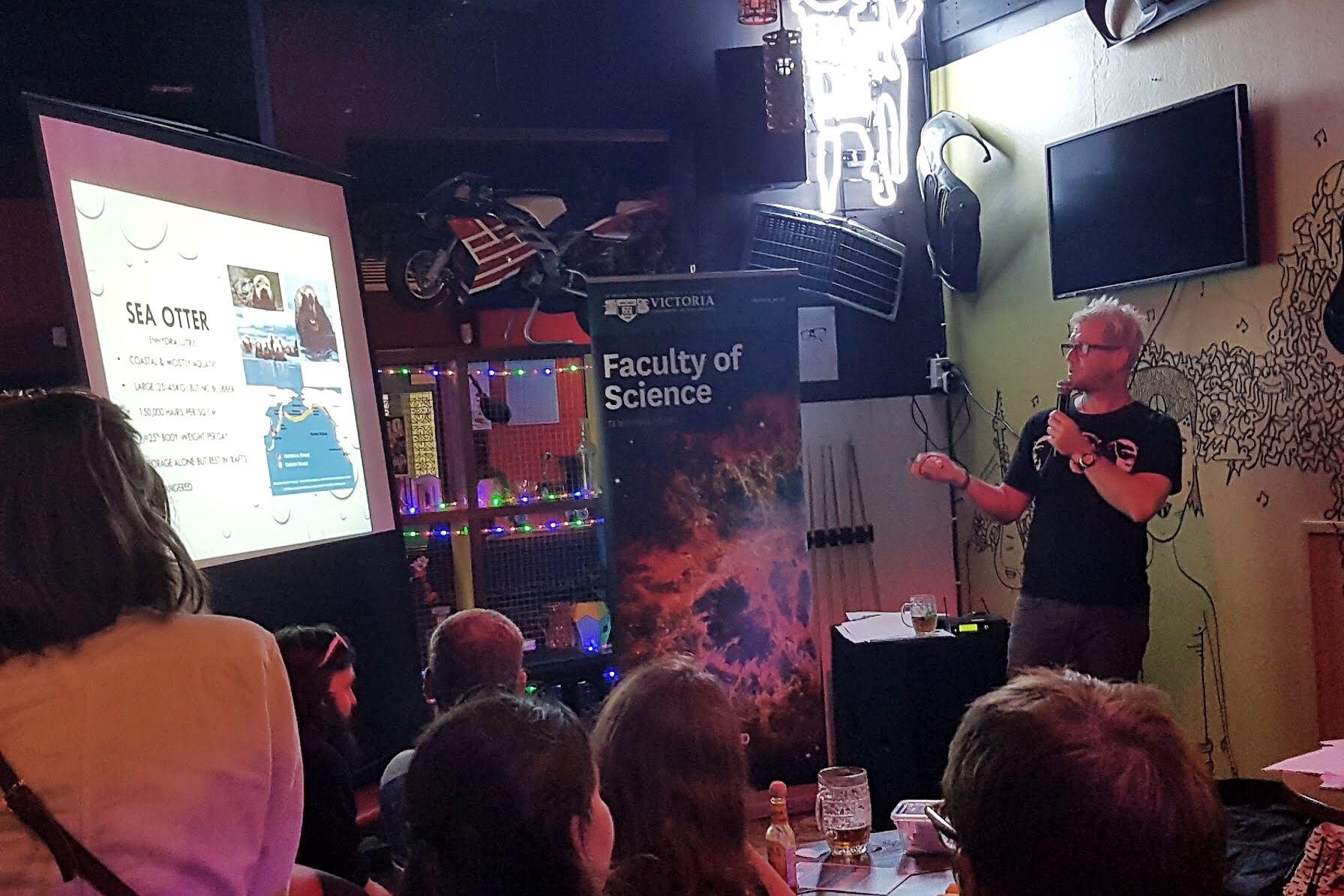 Nerd Nite is a global craze, hosted in over 90 cities world wide. The night is held every second month at Leroy’s, a self proclaimed “bar and chikin joint” found on Plimmer Steps. Leroy’s has a sort of crazy-yet-relaxed vibe that could only ever be found in Wellington; when my two-for-one tacos came out on a toy truck, I knew it was a good sign. It invites three guest speakers to share something they’re geeky about, but with food and beer.

We started with Evie Templeton’s A Quest For New Markers, following a study she and her team did on acute coronary syndrome. For the more scientifically literate, she shared her study methods and findings. But for the average person it was also really interesting to hear about the challenges she faced, and how it can be quite difficult to do good science while working with a deadline as a student.

“Humans are actually doing pretty okay”. I’m paraphrasing, but this was the premise for Oliver Scripps’ topic, My Great-Great-Great-Great Grandparents Were Aliens. Proving his point using humanity’s history of violence, Oliver spoke of well-known events such as the crusades, but perhaps the most shocking was his list of popular bloodsports from 1850, including ‘Ratting’, also known as ‘rat-baiting’. It’s the kind of thing that shocks us now but was perfectly normal at the time, and was a great way to remind ourselves that yeah, we’re doing pretty okay.

My personal draw for the night though, was The Secret Life of Otters by Dave Harper. It featured a number of “aww” moments as we watched videos of Otters dancing. While also being genuinely interesting, as we learned that the dance is actually a kind of ceremonial poop.

I left Nerd Nite feeling a bizarre mix of enlightened, inspired, and curious. But the thing that stuck with me the most was just how many nerds there are in Wellington. It was a packed house at Nerd Nite, and most of us were sharing tables with strangers, who at the end of the night were sharing their own geekisms with each other (or joining your quiz team). I’ll definitely be back, and you should go too.

Cerise spends her day balancing hats at a software company. She is a geek for all things design, animation, and pancakes.

Nerd Nite is held every other month on a Tuesday evening at Leroy’s bar, koha entry.

How to spoil your lover in Wellington on Valentine’s Day