What do a giant manga robot, a sushi train and views over the city’s rooftops have in common? Ok, I’ll admit it’s a tricky question, so how about I just tell you: Tetsujin.

Tetsujin is the latest jewel in indefatigable restaurateur David Loh’s crown. A crown already including such shiny gems as Food Republik, Dessert Story, Shop House, Taiwan Café, and Rice Workshop. Yes, he’s behind them all. Now, with what he describes as his greatest project yet, he has created a multi-zoned space on the fourth floor of Emporium. Bringing chaos and order together is the owners’ desire for this mash up of Robata barbecue grill, Izakaya skewers and the Sushi Train. 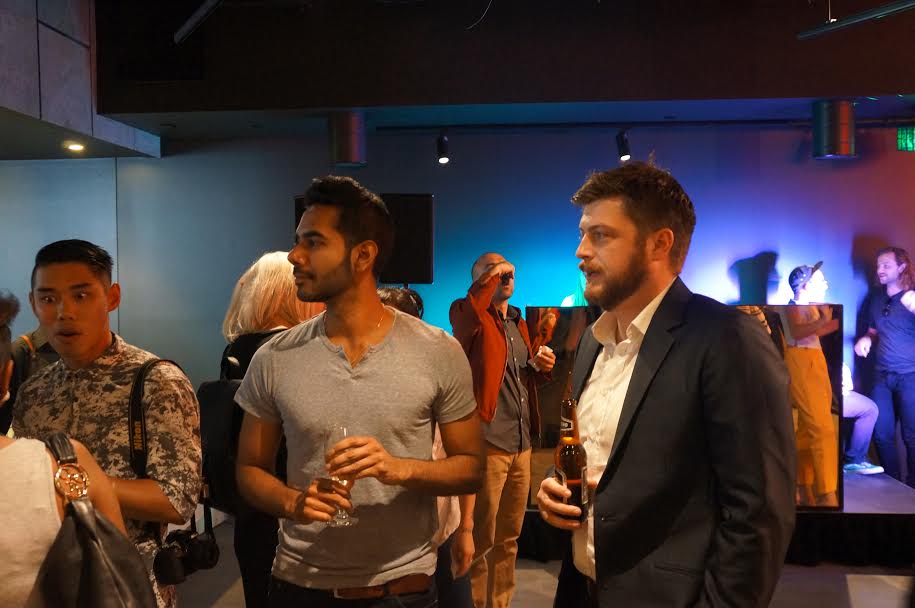 Taking inspiration from Tetsujin 28-gō, a 1956 Japanese manga about a giant robot, Tetsujin’s VIP launch teetered on the edge of chaos and yet came up trumps with a slick transition from work site by day, to launch party at night. The smell of paint was fresh in the air and there were still paint-spattered overalls to be seen wandering amongst the kimonos when the doors opened at 6pm. But the disco lights were on, the music was pumping, the champagne was flowing, and the platters of oysters, sushi and steamed bun sandwiches were being consumed with delight. 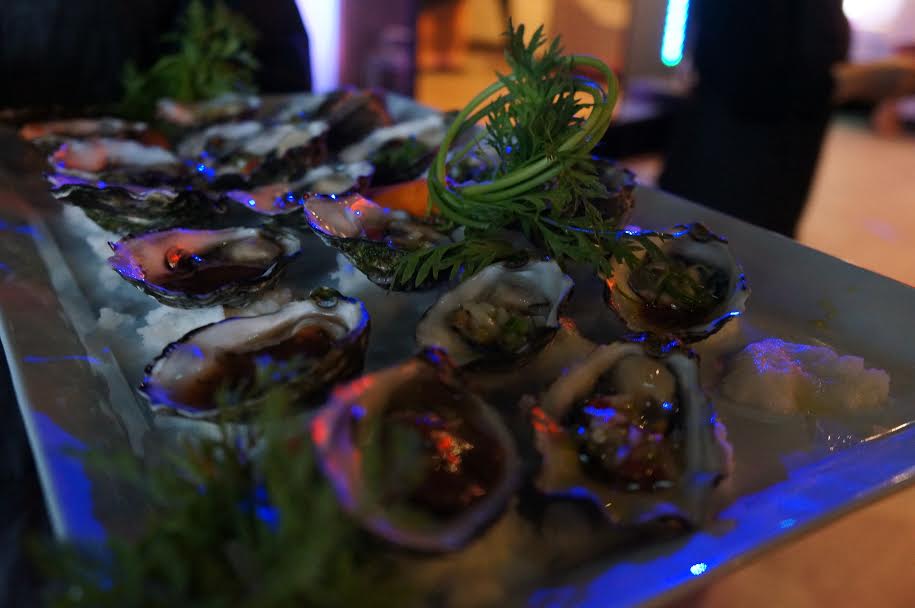 DJ Japanese Wallpaper came on about halfway through the night to push out some pretty ambient bootlegs and remixes. The perfect soundtrack for a fairly surreal space and event.

We didn’t get to see the sushi train in action, so that’s reason enough to get back there – and the bar at the end will go off. Surrounded by high windows, there is no doubt this will become the place to see and be seen before moving down the long space for some great Japanese food. Kampai!

-Jo Rittey
Jo is a French teacher, a freelance writer and loves cooking lamb shanks. Armed with a PhD in Medieval French Literature, an exotic New Zealand accent and a winning (hopefully) smile, she likes nothing better than sharing a meal and good conversation with friends.

Disclosure: The Plus Ones were invited guests of Harvey Publicity