Life Like Company has created a dazzling production of Cy Coleman’s film noir-style musical, ‘City of Angels’, now playing at Arts Centre Melbourne. With phenomenal singing and superb comedic timing, the show’s nuanced irony and double entendres will have you laughing, singing, and littering your next few conversations with puns.

When the lights go down, the stage comes to life with a jazz quartet scat that sets the scene for the fast-paced and exhilarating ride of laughs and intrigue to follow.

Stone, a down-on-his-luck detective, has been entangled in a job his instincts tell him is no good. But Stone isn’t real — he’s merely a character in a soon-to-be hit Hollywood production. His problems mirror those his creator and screenplay author (Stine) faces. Art begins to imitate life as villains in the real world meddle with details on the screen. 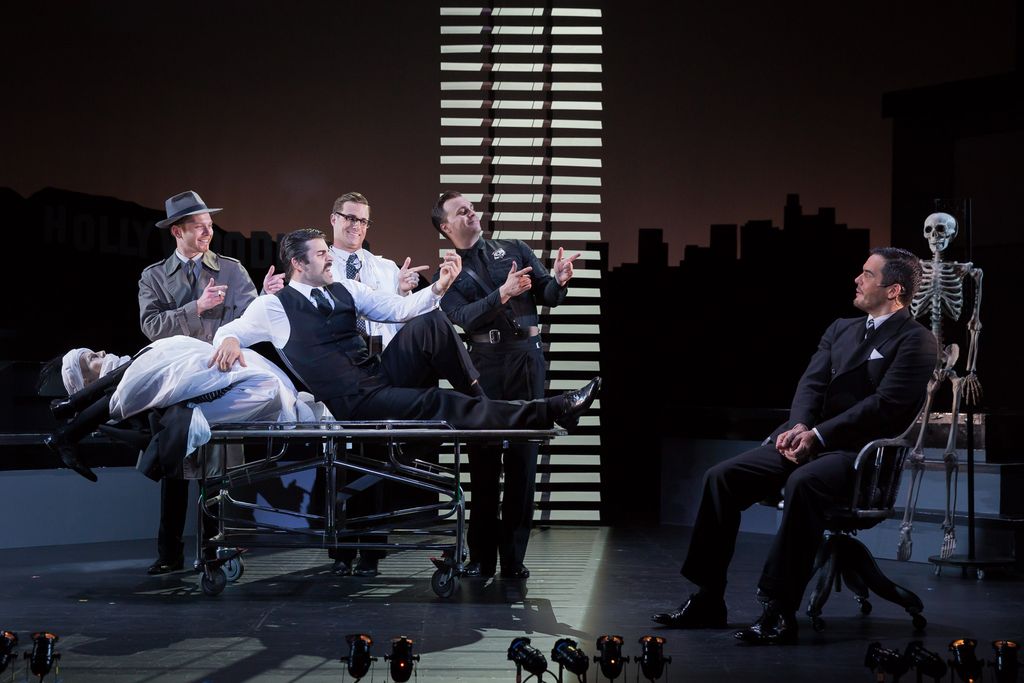 And here is where the story goes from good to great. The show takes on a self-deprecating turn as the lines and plot of the forthcoming City of Angels movie become a bit too clever and cleaned up for its own good. The murder mystery on screen takes second place to the real battle between staying true to your art and kow-towing to the studio that is willing to pay large sums of money for a blockbuster. The struggle between what will sell and what is art begins to wear on the author, his wife, and the movie characters.

A show filled with word-play and puns is carried perfectly by a cast that understands how to balance hamming up the clever lines with authenticity to their characters. Similarly, a nod is due to the creative team whose set, lighting and costumes allow the talented cast to create a little bit of magic on the stage.

A musical is often a spectacle show whose purpose is to dazzle and distract, but this show is not just for musical theatre buffs. ‘City of Angels’ is a fun evening of detective novel-style kitsch, glamorous costumes, and catchy songs performed by incredibly talented performers. From the first note to the last, you’ll be caught up in the intrigue and humour that is ‘City of Angels’.

– Candice
Candice Vallimont has grown up on musical theatre as spectator, actor, dancer and crew member. She minored in music at the University of Puget Sound in Washington, USA where she was also the president of a musical theatre club.

Disclosure: The Plus Ones were guests of AKA Media.