Mexico has the trifecta of awesomeness: a vibrant culture, fantastic music, and OMG-amazing food. These three elements of Mexican culture are showcased on Sunday 13th September when the Mission Mexican Festival turns Federation Square into a giant fiesta. 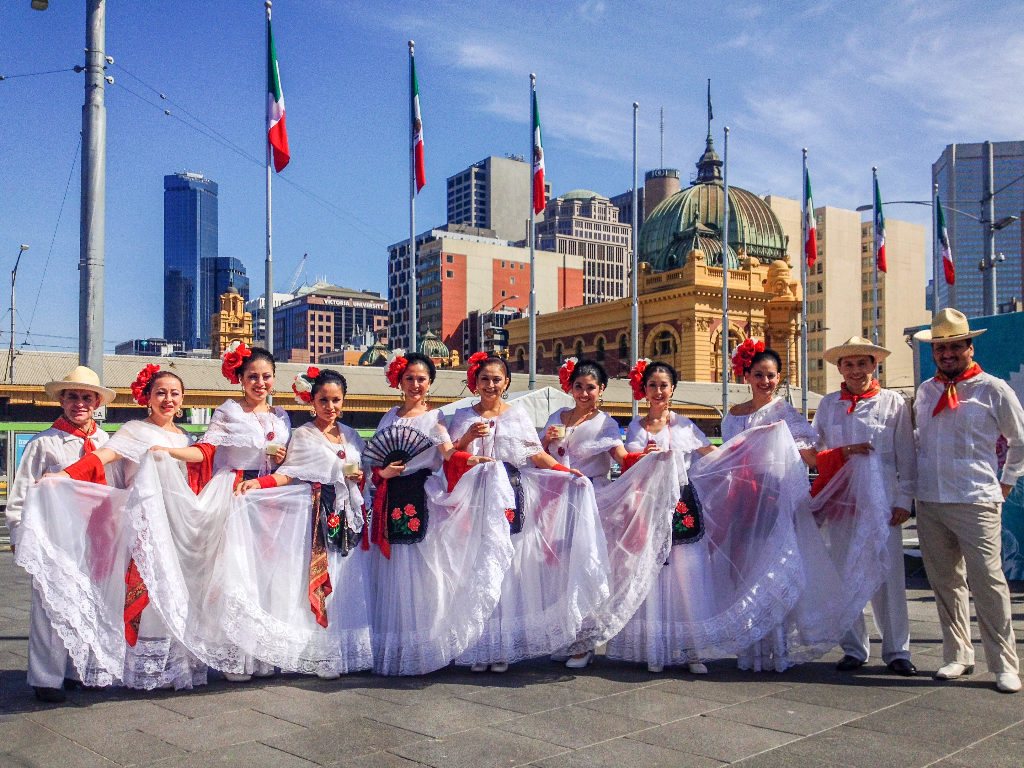 I was invited along to experience a preview of the festival’s offerings. Little did I know that my rain-filled Wednesday night would turn into a walking tour of different regions of Mexico! We began with a visit to the state of Oaxaca (pronounced wa-ha-ka). Hosting our culinary adventure: Mamasita. We paired fresh ceviche with smoked mezcal. Don’t know what either of these are? All the more reason to get down to the Mexican Festival on Sunday. Each restaurant there will serve up a dish from one of the 32 Mexican states. Plus the bar (open from 1pm) will offer mezcal, Jose Cuervo tequila, and Mexican beers like Pacifico. 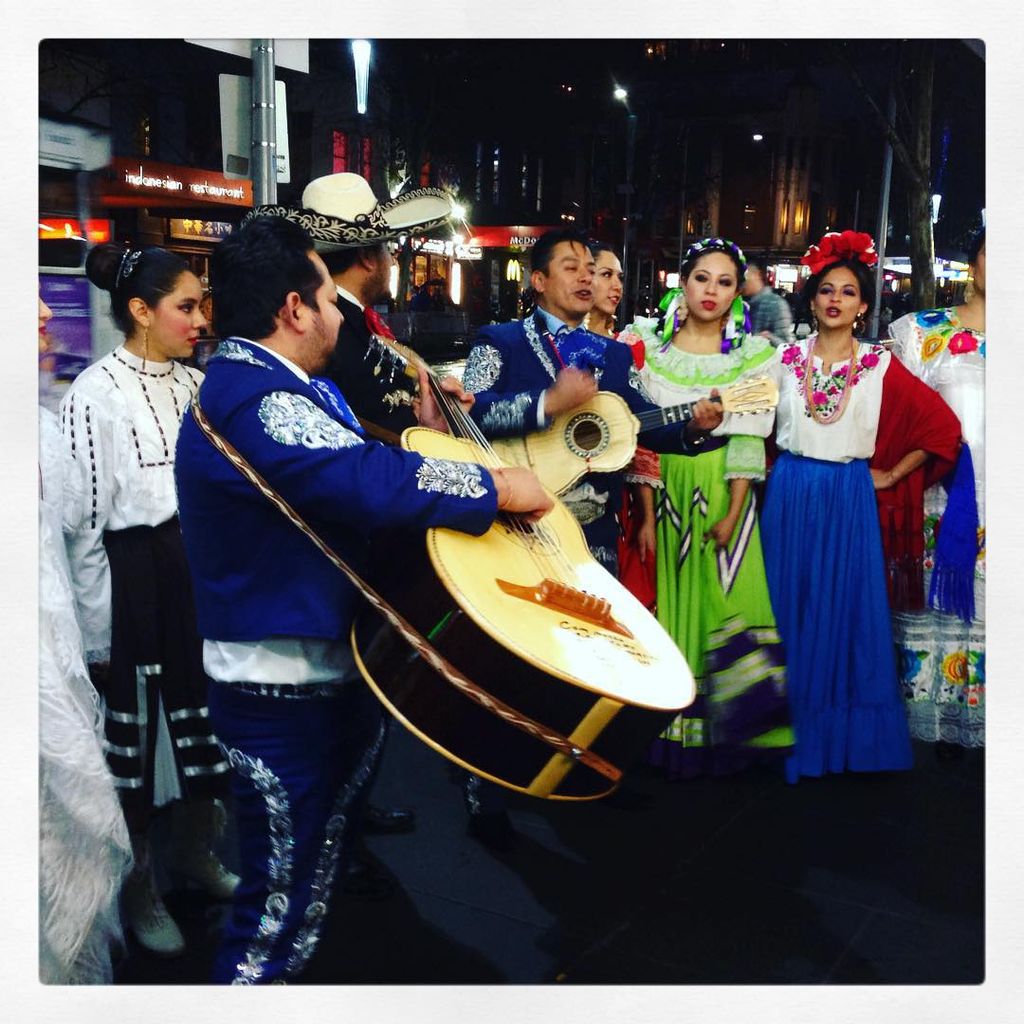 Bet you haven’t seen this before! A mariachi band + traditionally-dressed ladies from Jalisco. We’re on a progressive dinner around Melbourne to celebrate excise heritage. Party like the Mexicans do at @mmexicanfestival on the 13th! -Theresa #Melbourne #mmexfestau #mexico #mexican #mexfest #invite #theplusonesmelbourne

We hopped on a tram to our next destination: the state of Jalisco. I’d never heard of the state (even though my +1 studied abroad in its largest city, Guadalajara). But everyone has definitely experienced its two most famous exports: mariachi music and tequila. And everyone on our two trams got to take part the former, since a mariachi band accompanied us on the tram and played some music. Even the tram driver got into it: ‘Welcome to Jalisco… and the next stop is Swanston.’ Outside Curtain House we were greeted by a bevvy of traditionally-dressed Mexican ladies, all flounces and flowers. After an impromptu song by all the Mexicans, we dashed up the stairs to Mesa Verde. There, we indulged in a bit of tequila alongside the coolest dish of the night: Mexican melted cheese, with chicken, beef, and cactus. I had no idea that this was something Mexicans eat (and I’ve been to Mexico and have Mexican friends). It’s just another example of how delicious — and how diverse –their cuisine is. Just one more thing I’m going to be having again on Sunday.

Mexico’s northern states, which border the U.S., were showcased at Touche Hombre. My former housemate is Mexican, and she would always roll her eyes when I told her I grew up eating hard tacos. I’m happy to report that the tacos we had at Touche were (of course) the authentic kind. And that they paired incredibly well with the margaritas.

By then it was dessert time. Off we went for our fourth and final stop: Michoacan fare at the brand-new ChillBro in QV. They’re dishing up paletas. Nope, you’ve never heard of them. Yep, you’ve got to try one at the Mexican Festival. They’re basically ice cream paddles in really neat flavours (my pick: ‘American eggnog’). They’re dipped in toppings and sprinkled with whatever you want. I’m going to be controversial and say that paletas are a great alternative to gelato. 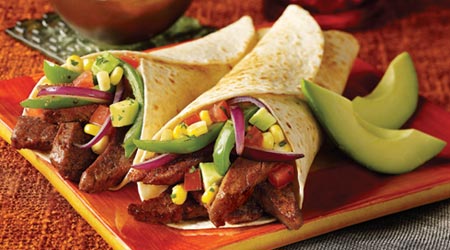 This was far and away one of the coolest launch parties I’ve been to all year. The passion that’s gone into the the festival by all of the organisers shone through during the preview event. Now, I’m looking forward to the festival even more. Just the fact that you can get a dish from each of the 23 Mexican states shows the level of detail that they’ve gone to. Add into the mix the live dancing; handicrafts market; and of course, the cantina, and you have yourself a winner.

If you do one thing on Sunday, head to the Mission Mexican Festival. See you there, my amigos.

-Theresa
Co-founder of The Plus Ones, Theresa can’t wait until the Mexico City branch of TPO launches later this year — although it’s going to make her want to visit Mexico again (even more than she already does).

The Mission Foods Mexican Festival takes over Federation Square on Sunday 13 September from 11:30am-8pm. Enter our competition to win a deluxe hamper of delicious Mexican food!

Disclosure: The Plus Ones were invited guests of Square One PR.

Whiskey and fish with Megan Washington