Full disclosure: I was in the musical ‘Anything Goes’ in high school. So when I found out it was coming to Melbourne I couldn’t believe my luck. It’s not one of the more well-known musicals, like Les Mis or even Grease, but it darn well should be. ‘Anything Goes’ is a frothy delight. 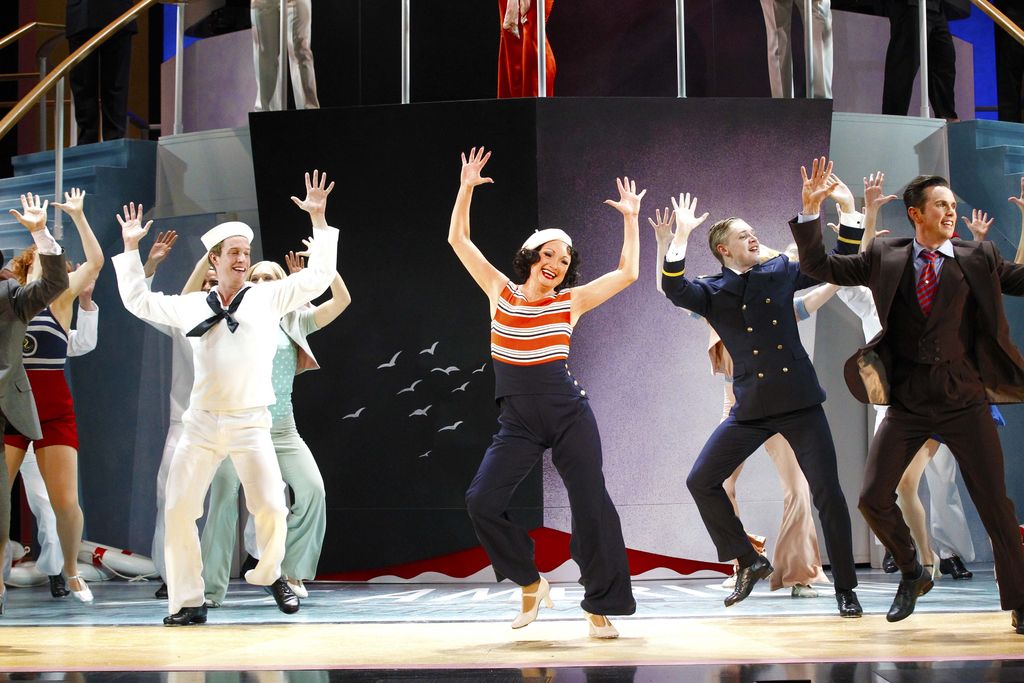 Almost the entire production unfolds on the ship the S.S. American. It follows the exploits of a group of (mostly) well-heeled passengers sailing from the U.S. to England in the 1930s. Charming office worker Billy Crocker attempts to win over upper-class Hope Harcourt from her posh English fiancee, Lord Evelyn, all while interacting with gangster Moonface Martin. And then there’s Reno Sweeney, Billy’s friend — and the star of the show.

I’d no idea until my +1 told me that ‘Anything Goes’ was written by Cole Porter — and now my darling, de-lovely Wikipedia informs me that the original plot was penned by one of my favourite authors, P.G. Wodehouse of Jeeves & Wooster fame. (Must’ve missed that in high school!) The only quibble I have with the production: No doubt in the 1930s poking fun at Asians was de rigueur, but the modern production still veered into caricature at times. That said, pretty much all the characters are caricatures, and delightful ones at that. 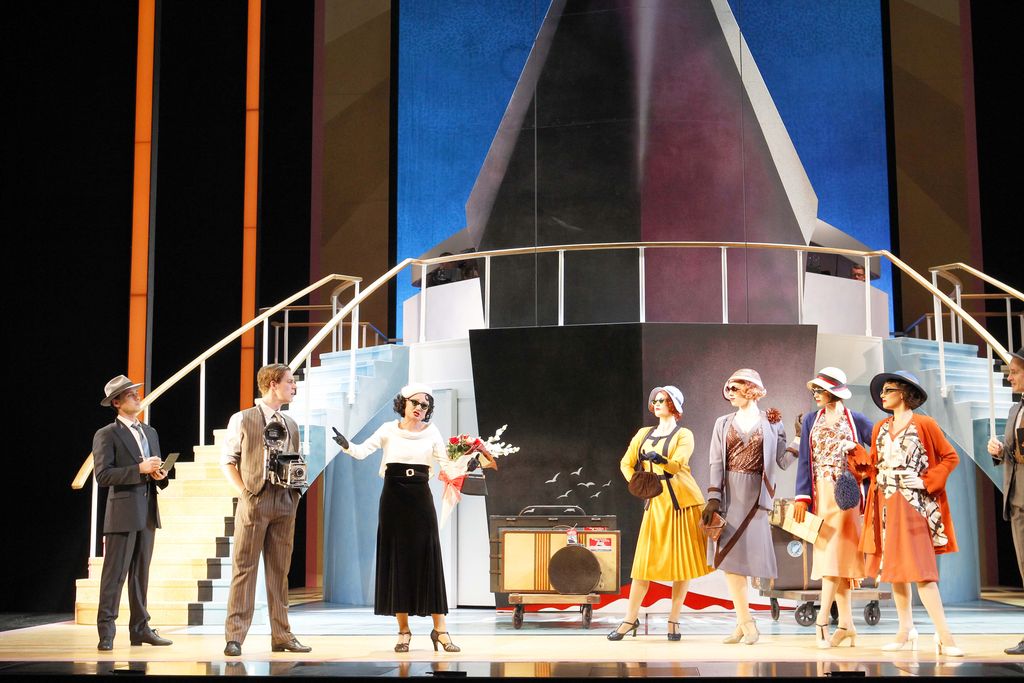 The aforementioned Reno Sweeney, played by Australian Caroline O’Connor, delivers some of the best songs. I’d forgotten that ‘I Get a Kick Out of You’ is an original to ‘Anything Goes’, but what has stuck in my memory ever since high school is her rousing number, ‘Blow, Gabriel, Blow.’ (I even started singing it to a friend when she announced her baby would be named ‘Gabe’.) Every scene she’s in is hilarious. 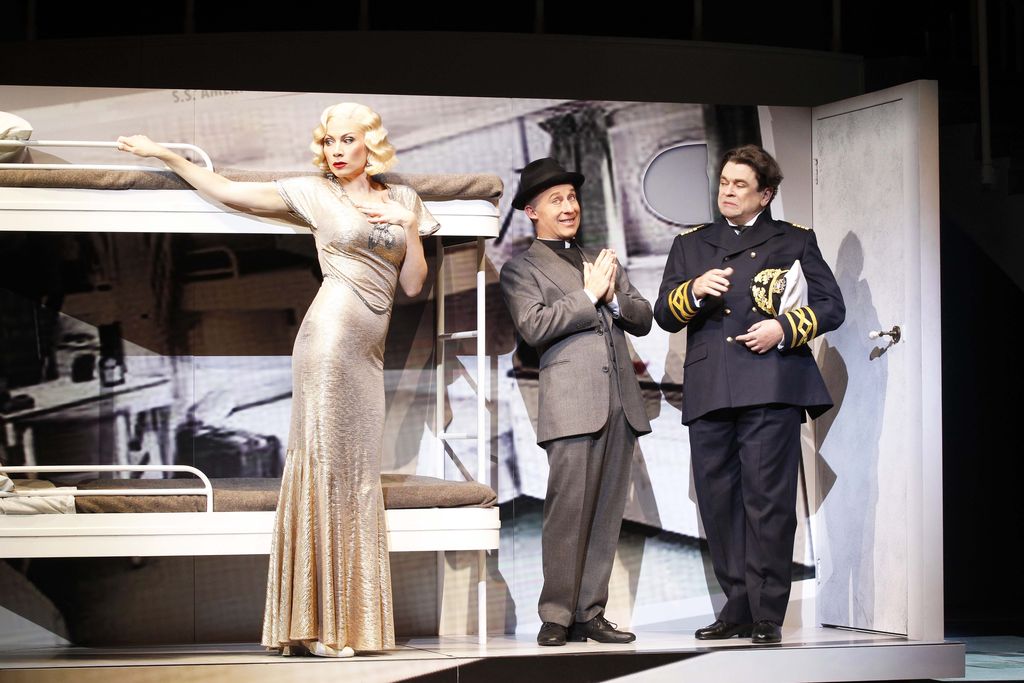 My lucky +1 and I were there to experience opening night, red carpet and paparazzi and all. I was glad I’d dressed up a bit, and recommend you do as well. The Princess Theatre is the perfect venue for ‘Anything Goes’ — you can easily imagine what it would have been like to attend a musical in the thirties, all glitz and glamour onstage and off. Sit back, enjoy the nautical comedy, and find yourself humming along to the title song ‘Anything Goes’ the rest of the night.

– Theresa
Co-founder of The Plus Ones, Theresa feels this is an appropriate time to mention she was a featured dancer in her high school’s production of ‘Anything Goes’.

‘Anything Goes’ runs until 19 July 2015 at the Princess Theatre.
Buy tickets now.

Disclosure: The Plus Ones were invited guests of Kerry O’Brien Publicity.