WIN 13 double passes in The Plus Ones’ Ultimate Comedy Festival Giveaway!

Tuxedo Cat. 9:45pm on a Wednesday. Opening night of the Melbourne International Comedy Festival. My +1 and I enter the mayhem of one of the busiest venues at the fest to see a show we knew nothing about other than the name: Calypso Nights.

So it was fantastic when I ran into my friend Jon Bennett – who’s performing It’s Rabbit Night!! at the Comedy Fest – and he told me that it’s a fantastic show. His favourite at the Edinburgh Fringe, actually. Then Jon’s publicist said how much she loved the show. A few minutes later, we ran into a comedian we’d seen at Impy Comedy. He, too, told us how great Calypso Nights is.

Three people, within ten minutes, told us the show was amazing. We were onto something. 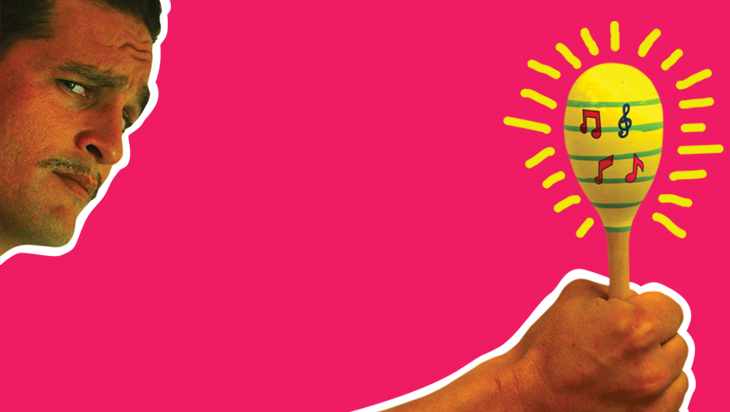 And indeed, Calypso Nights is just as good as all the cool kids say. Venezualan DJ Juan Vesuvius is the flamboyant Latino alter-ego of Kiwi Barnie Duncan. The man is a genius. He simultaneously manages to DJ tunes, speak Spanish, engage the crowd, and do slapstick. This all results in a mélange of hilarity throughout the show.

Vesuvius includes everything from the Mexican flag, to Bill Cosby, to the difference between Calypso music and Jean-Paul Sartre. Sounds crazy? It is, a little — in the best way. It’s non-stop action, with Vesuvius cutting tracks, making people light a candle, and cleverly using records to pantomime characters. It’s all go-go-go, from the first minute he walks in and starts speaking Spanish (which, thankfully, he switches to English after a bit.) He never turns the character into a racist parody. Instead, Vesuvius is a whacky character who just wants people to have a good time. And they do.

This is a fantastic show. It’s so different than anything else you’ll see that you’ll be talking about it for weeks. Make sure you bring your dancing shoes for the Latin dancing party at the end. BYO maraca.

Calypso Nights runs Wed. 25 March until Tues. 7 April at The Tuxedo Cat.
The show will be performed in an accessible room on Tue 7 April, 6pm.

Disclosure: The Plus Ones were invited guests of Calypso Nights.