Melbourne Museum is playing host to the Aztecs . I must say my knowledge of the Aztecs prior to this was confined to a solitary Tintin episode that I watched whilst I was still in single digits.

I am so glad that I went! This was one of the most informative days of my adult life. The exhibition itself is actually outstanding. I’m not usually the type to that easily impresses, but this deserves high praise. There are three large rooms full of authentic Aztec wares shipped in from all over the world just for our eyes to feast on.

Firstly, let me warn you that the Aztecs were a gruesome bunch. There didn’t seem to be any end to their heart-cutting sacrifices, gore and war (although I learned that they didn’t tend to kill in war but preferred to take prisoners…I wonder for what purpose). The God of Death (Mictlantecuhtli) was one of my favourite artefacts. His role was (is?) to usher the dead towards his sacred realm, Mictlan – the underworld. His wife, Mictecacíhuatl, goddess of death, looked after their bones which were used as ‘seeds’ to create new people. The artefact shows his claws and bared teeth, half the flesh is ripped from his body and his liver (the seat of the soul) hangs out (I told you, gruesome). 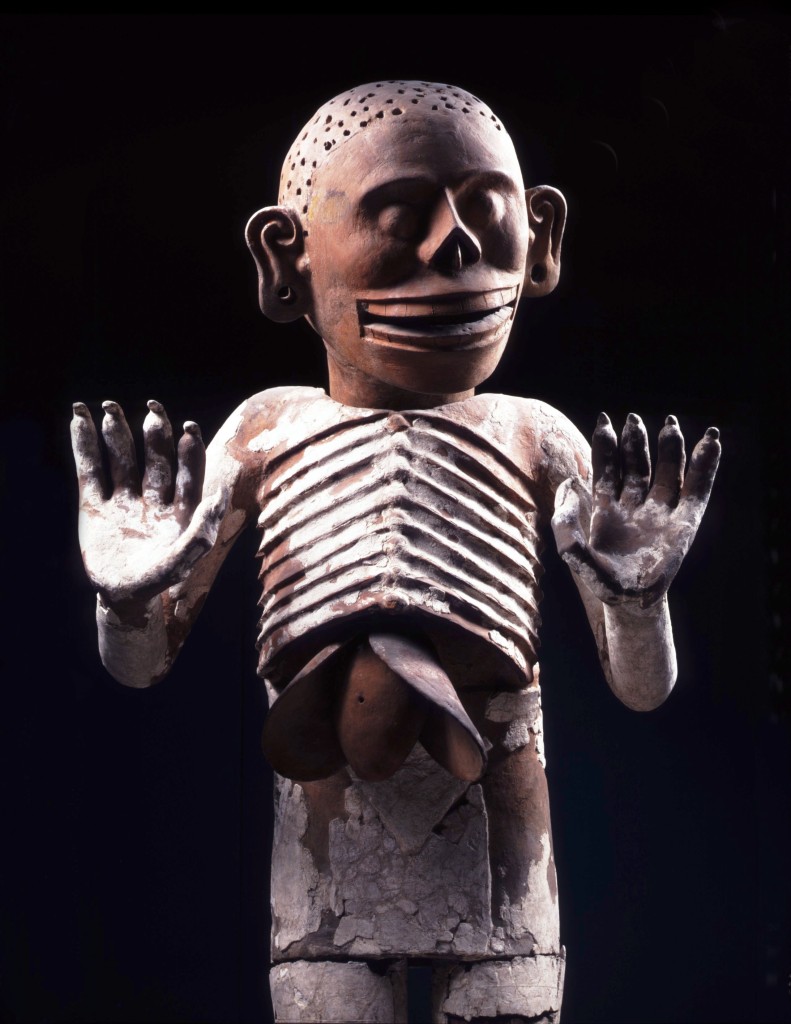 The exhibit starts with the Aztecs’ beginning and the formation of the empire and moves on to their expansion — detailing their rich culture, day-to-day lives, gods, and the conquests of their greatest emperors (some of whom could have 100 wives). Then finally to their remarkably swift downfall at the hands of the Spanish.

Tláloc, the god of rain was one of the nicer deities. Life-giving rains and gardens overflowing with crops were the fruits of his doing. However like most things Aztec there was a catch. He required the sacrifice of humans, including children to sustain him…their falling tears ensured plentiful rains. 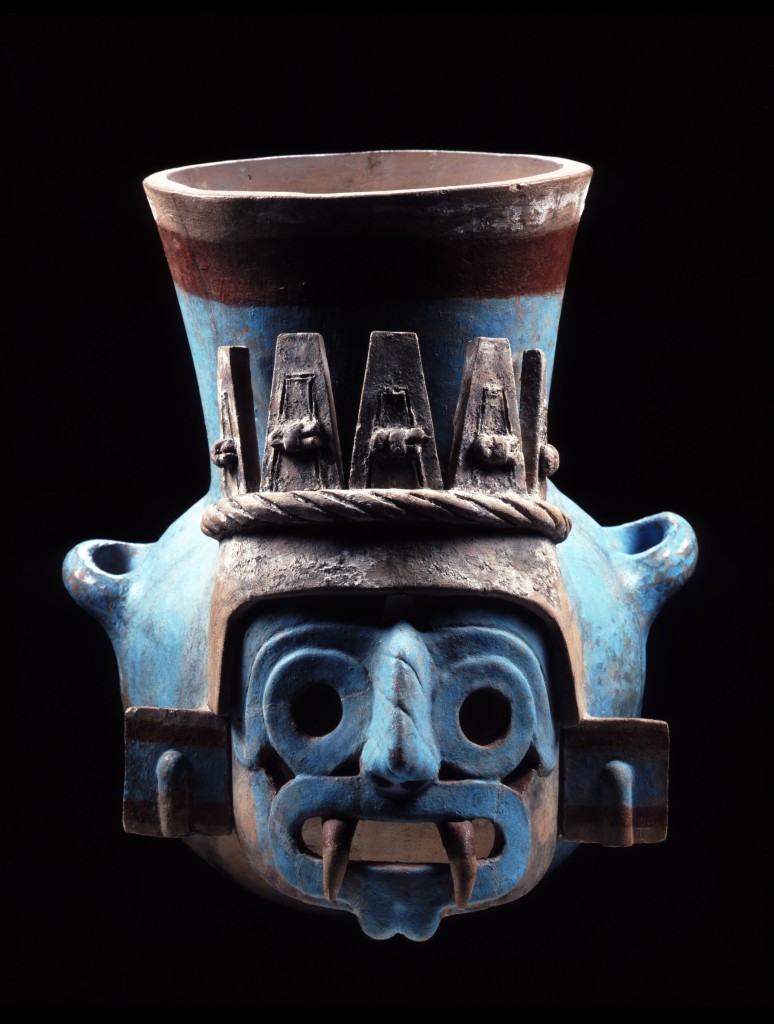 The pièce de résistance is the giant temple located in the middle of the exhibit. I had an overwhelming desire to climb it, but felt that this could have resulted in a swift eviction.

The artefacts are  fantastic, as are the explanations littered throughout the exhibition. Well done to the Melbourne Museum team for putting on a great show. Visit the exhibition until 10 August.

Disclosure: The Plus Ones were at the event courtesy of Melbourne Museum.