The Saltire Sky Theatre Company is a team of young, ambitious actors keen to make their mark staging gritty realistic plays about life for young people in Edinburgh.

I went along tonight to see the first play stage by the group, ‘1902’.

The backdrop to this play centres around one of the local football clubs, Hibernian FC, who progressed to the cup final in 2016, famously beating the much fancied Rangers FC to win the cup for the first time in 114 years, hence the title of the play.

The show has been a smash hit at the Fringe but today I was able to enjoy it in the function room of the Hibs supporters club, with pre-Christmas revelry it ensured the show received an enthusiastic welcome.

You don’t have to be a football fan to appreciate the show as the sport is merely the backdrop to a story which highlights the social chains which break and bond but ultimately link young men living in a socially deprived environment.  The play also analyses how family ties can be complicated and the actions of a sibling can be misinterpreted. 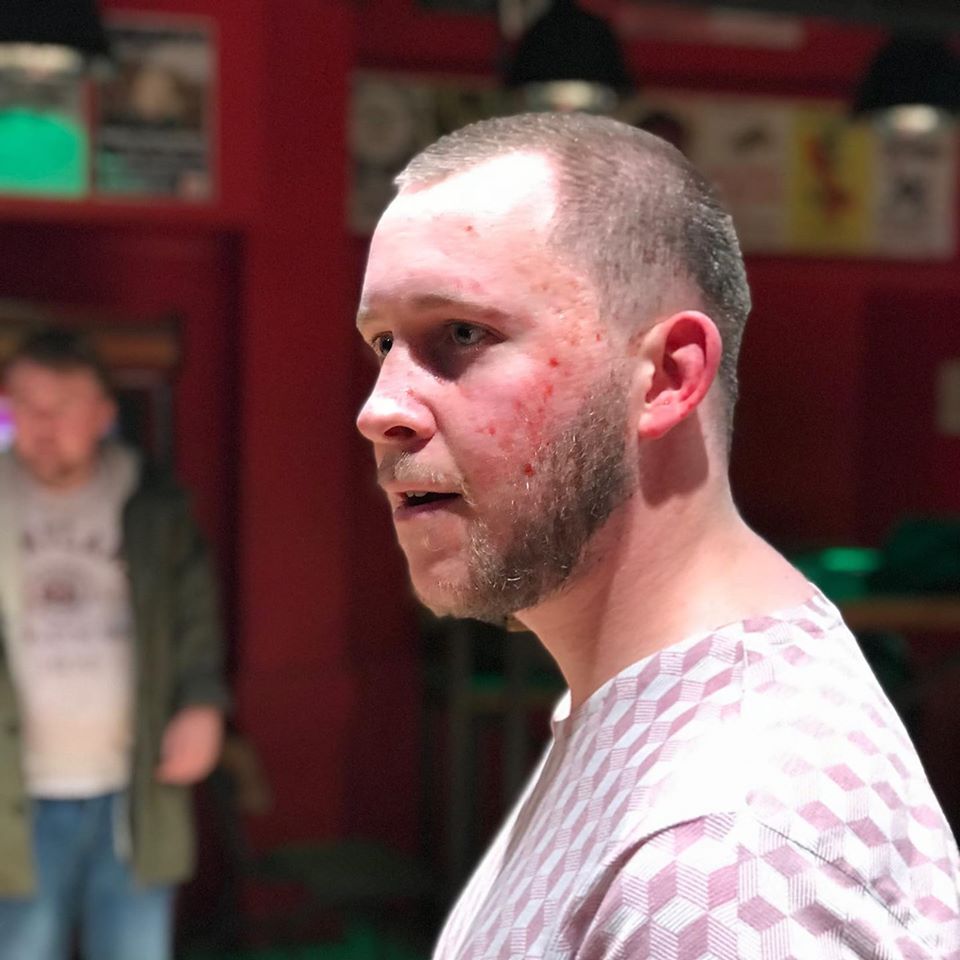 The football background helps frame the storyline.  Unlike most capital cities the major teams in Edinburgh, Hibs and Hearts, aren’t the dominant players, they are very far behind the Glasgow monoliths Celtic and Rangers who hold a monopoly over Scottish football.  Hibs FC is also closely intertwined with the local community, the club a source of pride and the team mostly followed by the residents of the old port of Leith. A momentous event, such as a Hibs cup final, therefore, resonates across the north side of the city. 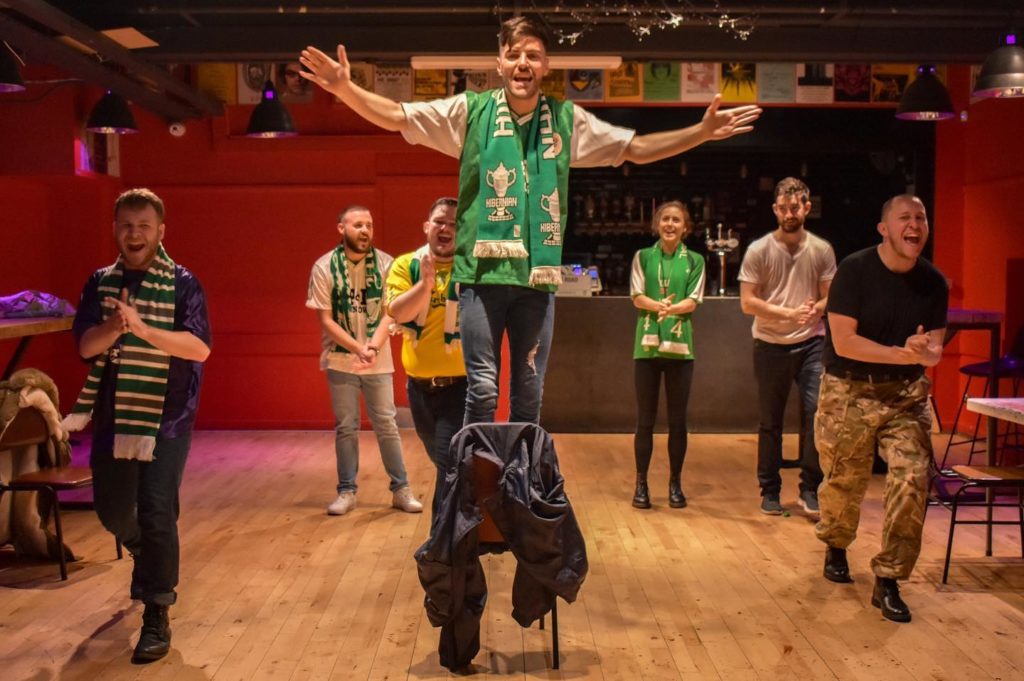 The story follows local lads desperate to see the big game and their travails in obtaining the tickets.  Friendship and family are tested as the boys attempt to see a piece of football history.

As a young theatre company, I can recommend the energy, humour and engaging performances that were in evidence tonight.  The show is an interesting glimpse into the lives of young people in the city, hopefully the group will stage shows at the fringe and if you get a chance I suggest you check them out.