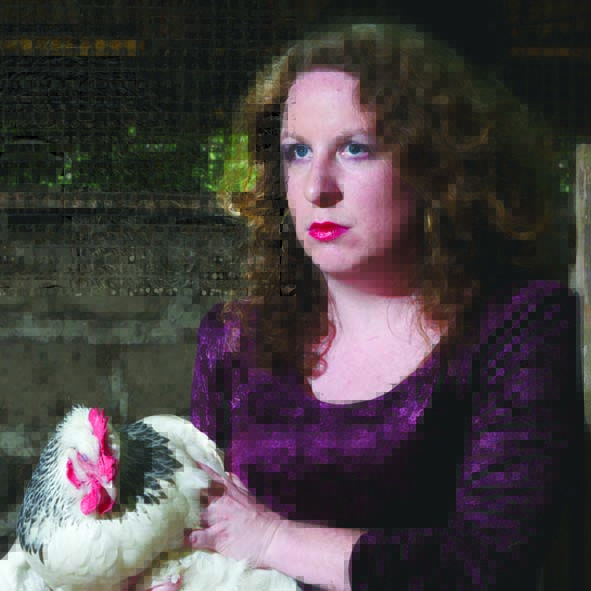 And then Batten spends an hour thoroughly debunking that idea. Onstage Dating is one of the cleverest, funniest, and most shockingly incredulous experiences of risk I’ve ever seen in a theatre.

Batten dates live onstage in front of her audience. If her Tinder date bails, there’s always volunteers from the audience. The night moves through all the familiar “date” beats. Dinner and wine, the walk back to the apartment, and… well… you know. Throughout, Batten and her date answer questions “scientifically” determined to increase intimacy.

Because one person doesn’t know what’s coming, as an audience, we react along with them. Through the night, I am constantly asking myself the questions Bron asked her guests, and reacting with undisguised glee and amusement at each revelation. At the same time, I am acutely aware that the guest is acutely aware of me watching. It’s that gap between the intimate and the public that makes this show such a hoot. As I scream in shocked delight, I know that the guest is trying desperately to take it in stride. However, I’m freed by their restraint, safe on my side of the seating block.

As a premise, pulling someone onstage has the potential to turn into just laughing at them. But Batten works her ass off to make sure the awkwardness of dating itself is the butt of the joke. While the pressure to find intimacy is high, everything becomes a tipsy negotiation, and we celebrate the smallest compromises on both sides. It is smart as hell, and I leave the theatre profoundly grateful for two things. Firstly, that I don’t have to date anymore. Secondly, that I’ve seen this shocking, hilarious, incredibly well-made, awkward and delicious show!

– Shannon Friday
Onstage Dating is playing at Bats Theatre as part of NZ Fringe, Tuesday 14th – Saturday 18th February.
You can purchase tickets at Bats Theatre in person or online.
NZ Fringe runs 10 February – 5 March and is the craziest, most vibrant and bizarre time in Wellington. Get out of your comfort zone, and get amongst as many Fringe bits as possible!

Disclosure: The Plus Ones were invited guests of the Fringe Festival

Choosing Wellington’s best – a catch up with Damien Hochberg