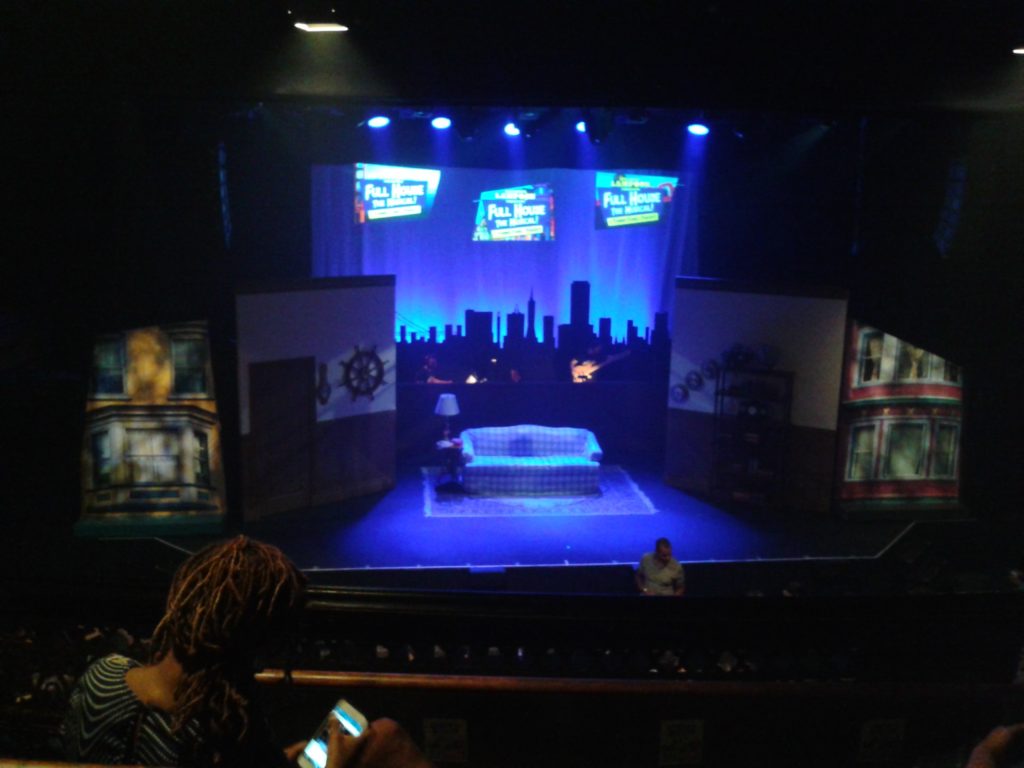 On Wednesday night TPO TO relived the best and the worst of the 90’s. The best being the simple, rudimentary form of sitcom entertainment minus all the digital trimmings – the worst being everything else; the fashion, the music and even the style of comedy. Full House! The Musical Parody! was all kinds of awkward. Funny in some parts and other parts… well, you might decide to laugh nervously until you decide how you felt about certain lyrics or lines. Think The Book of Mormon but significantly more awkward. True to the 90’s however, this musical depicts the unsaid parts of the popular TV show that many viewers could only be imagining.

Highlights? Well, referring to baby Michelle as Mary Kate and Ashley throughout the entire musical was definitely a win, not to mention a brief but memorable portrayal of the grown up Olsen twins. Perez Hilton also stars as Danny Tanner.

Full House! The Musical Parody! will be playing at The Randolph Theatre in Toronto until September 6, before it heads to NYC. Check it out. If you’ve forgotten what uncomfortable feels like, go see this.