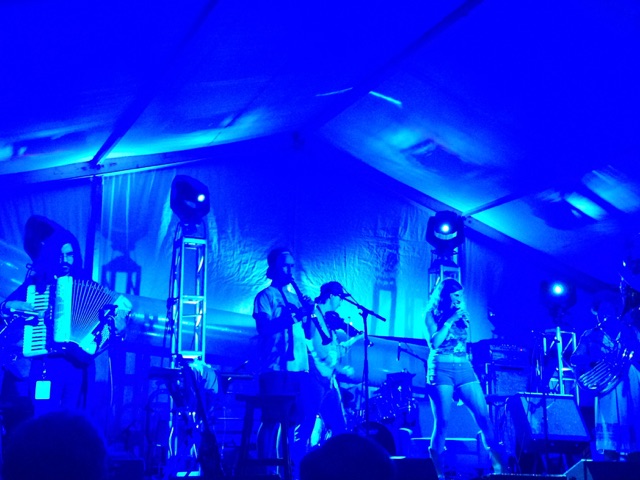 On the fifth night of the Luminato Festival I went down to see Jason Collett’s Basement Revue with my Plus One, completely unsure of what to expect. They delivered what was promised, and kept it a mystery to the last minute before the performance began, proceeding with a line up of eclectic talent including an indie band from Montreal, a bit of music therapy, live prose and disco. Yep, they had everything covered.

The evening was punctuated with an intense mood sustained by the build up of anticipation of what the following act could be. It almost felt like the show was being made up as the audience watched, which is very well what could have been happening, I just couldn’t tell! 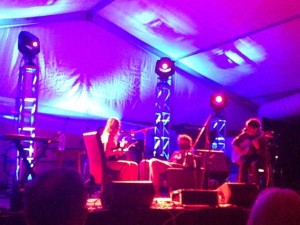 One act staged a ‘music as therapy’ performance where two participants were ‘diagnosed’ after a series of questions by a mock therapist. They were then prescribed treatment whilst blindfolded, in the form of a tune, beautifully covered by the band Snowblink who serenaded the patients. Intense stuff.

It wouldn’t have been complete without a bit of drag. Regina busted out some incredible moves to some of her original tunes and impressive poetry about being eye candy at the farmer’s market. Truly impressive.

The curated acts promises to push, provoke, delight and stun you. Worth a look-in at this year’s festival, certainly if you don’t know what to see and want to be delightfully stunned to silence. This show will do that.

The Overnight at Open Roof