Fi-ga-ro, Figaro, FIGGGAARROOO!! He’s the slick barber and matchmaking maestro with wits and tricks as sharp as his scissors. Opera Australia’s 26th annual National Tour – a formidable program of just over two months and more than 20 regional centres in Victoria, NSW, Tasmania, and Canberra, sets the stage for the reimagined ‘hipster’ Barber of Seville in an incredible production full of comedic chaos and iconic classical masterpieces.

Gioachino Rossini’s iconic “opera buffa” (Italian comic opera) has proven to be one of the greatest marriages of comedy and opera in the music world. After two hundred years, it remains just as popular as it did when it first debuted with a storyline that would be equally at home in a Hollywood rom-com. Award-winning Director Priscilla Jackman brings a hipster aesthetic to the famous Figaro, complete with a pop-up barber shop on wheels and has given leading lady Rosina more than just a pretty face. Jackman cleverly brings the opera 17,000 kilometres away from Seville, Spain, and sets the production in the real-life Victorian town of Seville where Rosina is a soon-to-be matriarch of her own cellar door – ‘Sevilised Libations’. 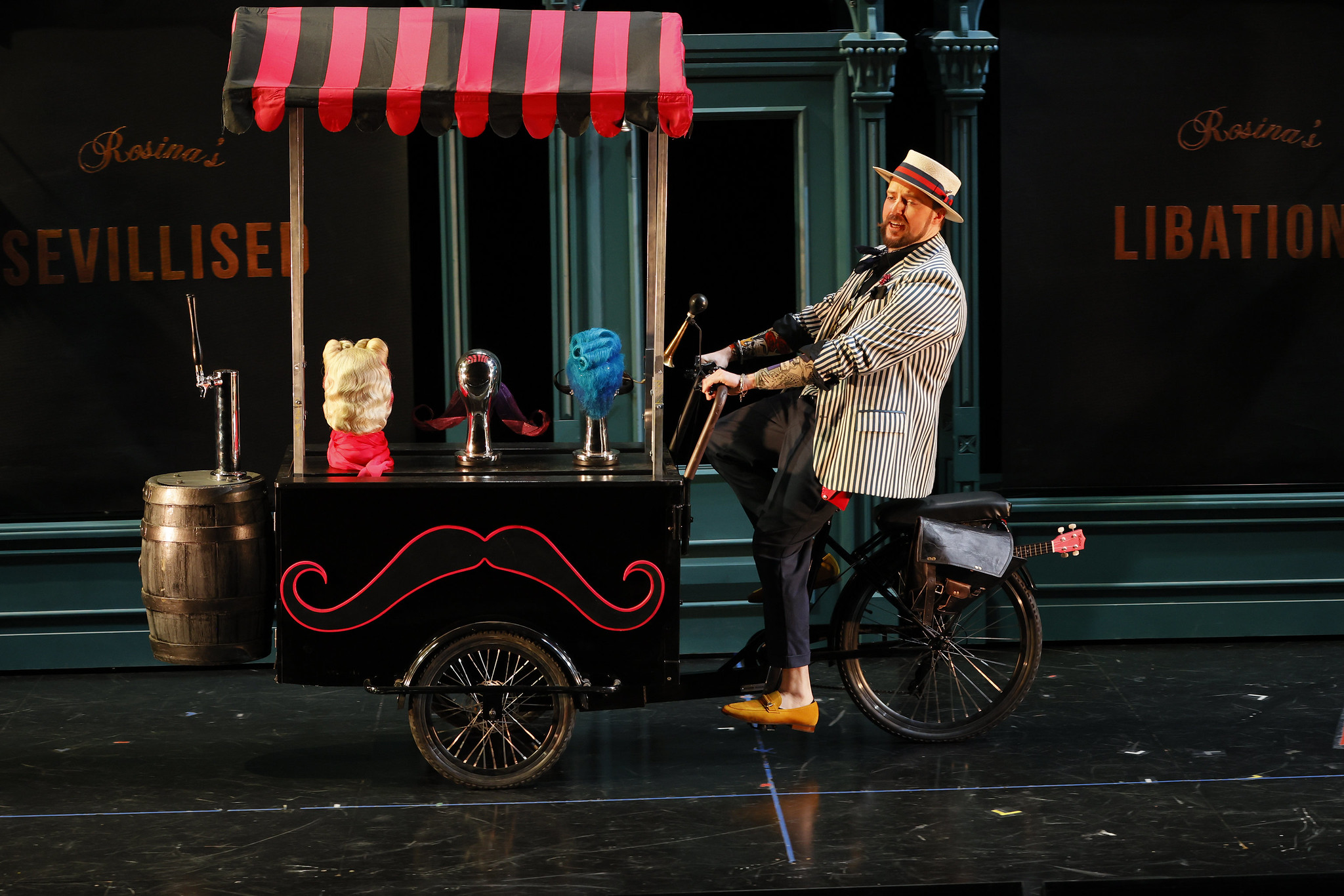 The play is full of hijinks and hilarity as the wealthy, stealthy Count Almaviva is head over heels for the witty, pretty, and equally smitten Rosina. However, Rosina is inconveniently betrothed to Dr Bartolo. Cue Figaro. The self-confessed ‘jack of all trades’ who whips up whimsical disguises, subterfuge, and schemes to ensure that the course of true love eventually runs smooth.

Rossini’s score is full of instantly recognisable tunes known the world over, including the fast, jaunty overture and Figaro’s famous aria ‘Largo al factotum’. The music has been recorded, parodied, and sung from Pavarotti to The Simpsons, Seinfeld, Mrs Doubtfire, and Bugs Bunny. Orchestra reductionist Simon Bruckard has expertly slimmed down the score, normally played by a full symphony orchestra, to just 11 parts. The tour ensemble, under the baton of conductor Luke Spicer, deliver a joyous performance just as captivating and exhilarating as if it were a full symphony orchestra. 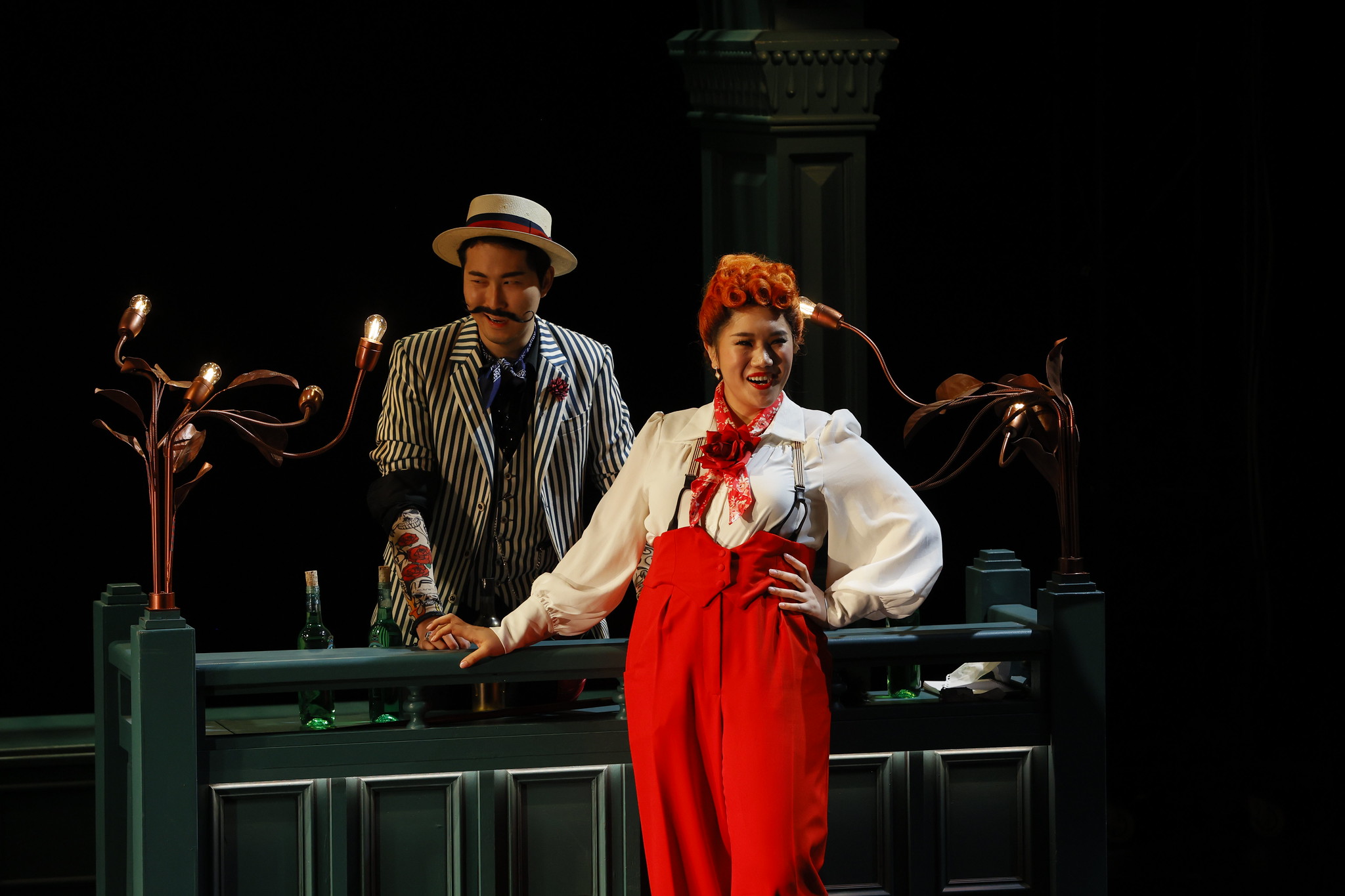 This year’s tour has a particularly strong cast of recognised names as well as rising stars, with 12 singers swapping between principal, chorus, and minor roles. I had the absolute pleasure of watching lyric baritone Haotian Qi as the ever-resourceful hero Figaro. Qi pronounces and articulates the libretto at a consistently insane prestissimo tempo that’s wildly impressive. Nicholas Jones as Count Almaviva was a standout. His magnetic stage presence coupled with his warm, smooth tone and incredible projection made for a flawless performance – wooing both Rosina and the audience in his beautiful delivery of ‘bel canto’.

However, Esther Song steals the show as our beautiful leading lady Rosina. She is exquisitely sassy and savvy on stage capturing the dreamy yet fiercely independent spirit of her character through her song and her acting. The soprano tackles the fast runs and sudden turns with ease and in her cavatina and aria showcases her brilliant range and power – proving to the audience without a doubt that she is in control. Andrew Moran as the tragically in love and equally paranoid Dr Bartolo is incredible. His exceptional voice is rivalled only by his hilarious acting. 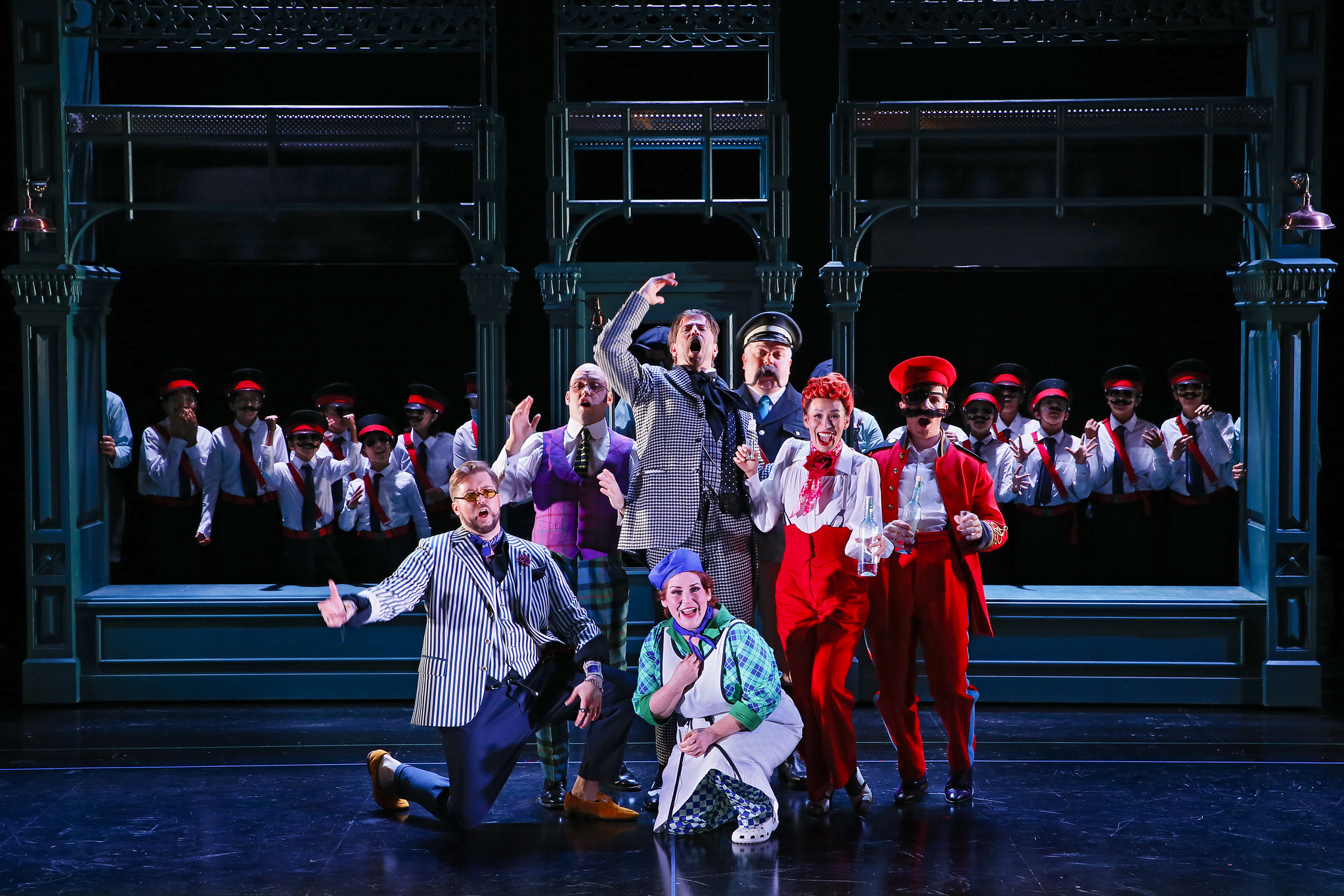 Set designer Michael Scott Mitchell features a minimalist but immersive set for the production. It’s through elaborate costumery that the play really comes to life. Costume designer Dabina Myers gives the audience an absolute feast for the eyes that pops on stage with outrageous hot pink beards, moustaches and bright hipster1920 to 1940 themed fashion.

The reimagined ‘hipster’ Barber of Seville is a riotous romp of spontaneity, spark, and playfulness that’s wonderfully chaotic and full of comedic energy from beginning to end. It’s frothy intoxicating humour cannot be missed. This is opera at its light-hearted, effervescent best.

The Barber of Seville runs for approximately 2 hours and 52 minutes (including one interval) and plays at The Canberra Theatre Centre through 17 September 2022. Buy tickets now. The venue is accessible.

Photograph 51 – the photo that changed the world

Escape into the Natural World with ARC by Erth