We live in a day and age where you can send a vial of your spit off to find out about your ancestry and we don’t even stop to consider the science behind it. Photograph 51, playing at The Ensemble Theatre, sets the record straight and explores the race to discover the structure of DNA.

You’ll have to excuse me, but my nerdiness really took over when watching this show. As someone who has a background in science, I’m always worried how “The Arts” will interpret one of my other great loves. Photograph 51 does not disappoint and really gets to the heart of what science was/is like… the continual threat of publication, stolen ideas and miscredited accolades. 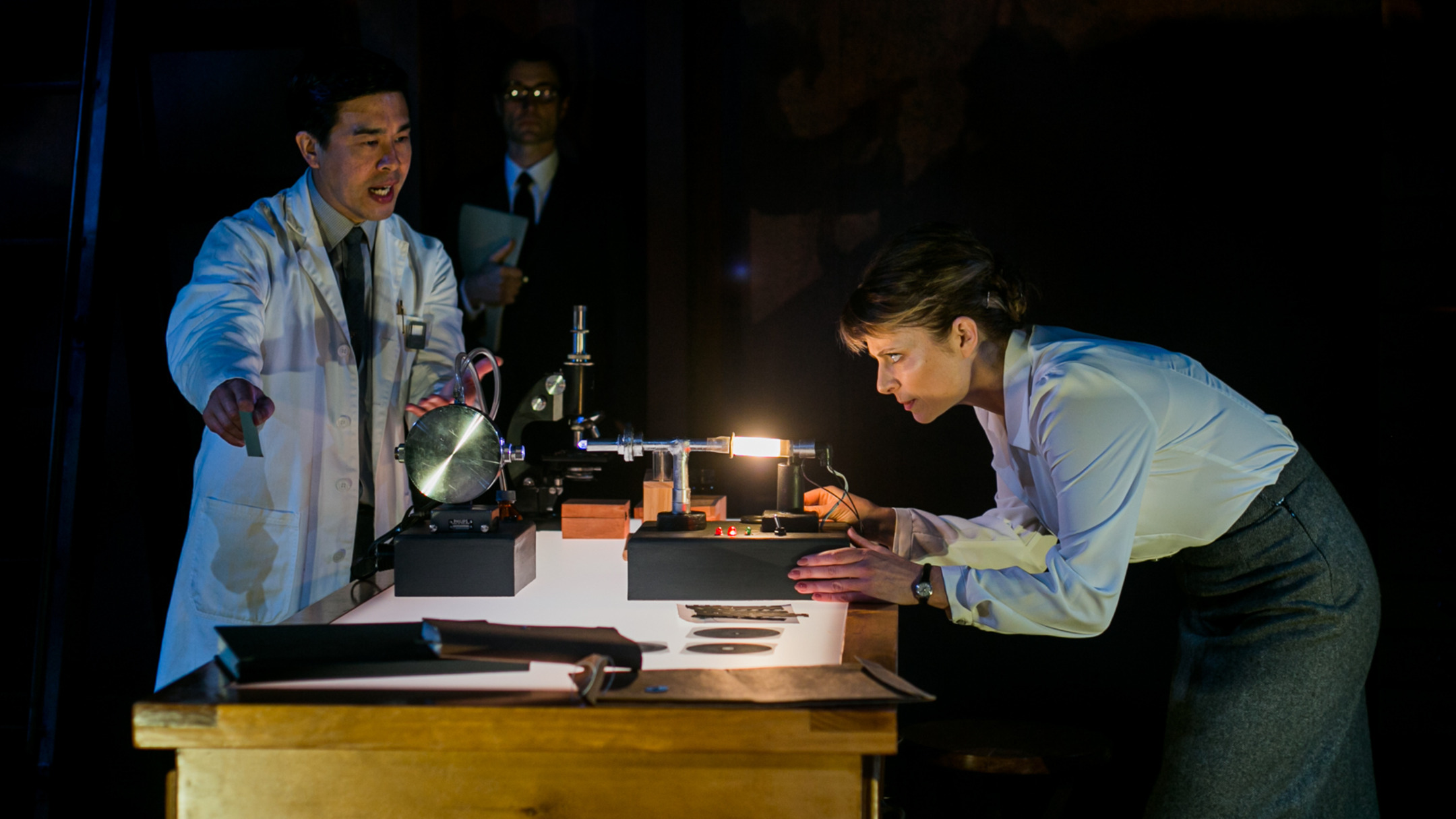 Photograph 51 follows the tragic life and career of Rosalind Franklin, a young British female scientist who has never been properly celebrated for her role in arguably one of the greatest scientific discoveries.

The Ensemble Theatre is a great little space and the set designed by Emma Vine really took advantage of the high ceilings on the stage. This one-set-staging reminded me of The Royal Institution lecture hall they use for Christmas lectures… just one laboratory bench in the middle of a dimly lit room. Vine had clearly done her homework as the accuracy of the science apparatus was spot on. Unlike when actors “play” instruments on stage, these performers seem to understand the functions of the scientific equipment, and to the non-scientific eye, you’d be convinced they were scientists. It’s often tricky to not lose the audience’s focus on a static set but the lighting design by Trudy Dalgleish really drew us into what was most important on stage. While the set, costumes, lighting and sound were all integral parts to the storytelling, it was the talent of these six performers under the careful direction of Anna Ledwich which really brought this story to life. 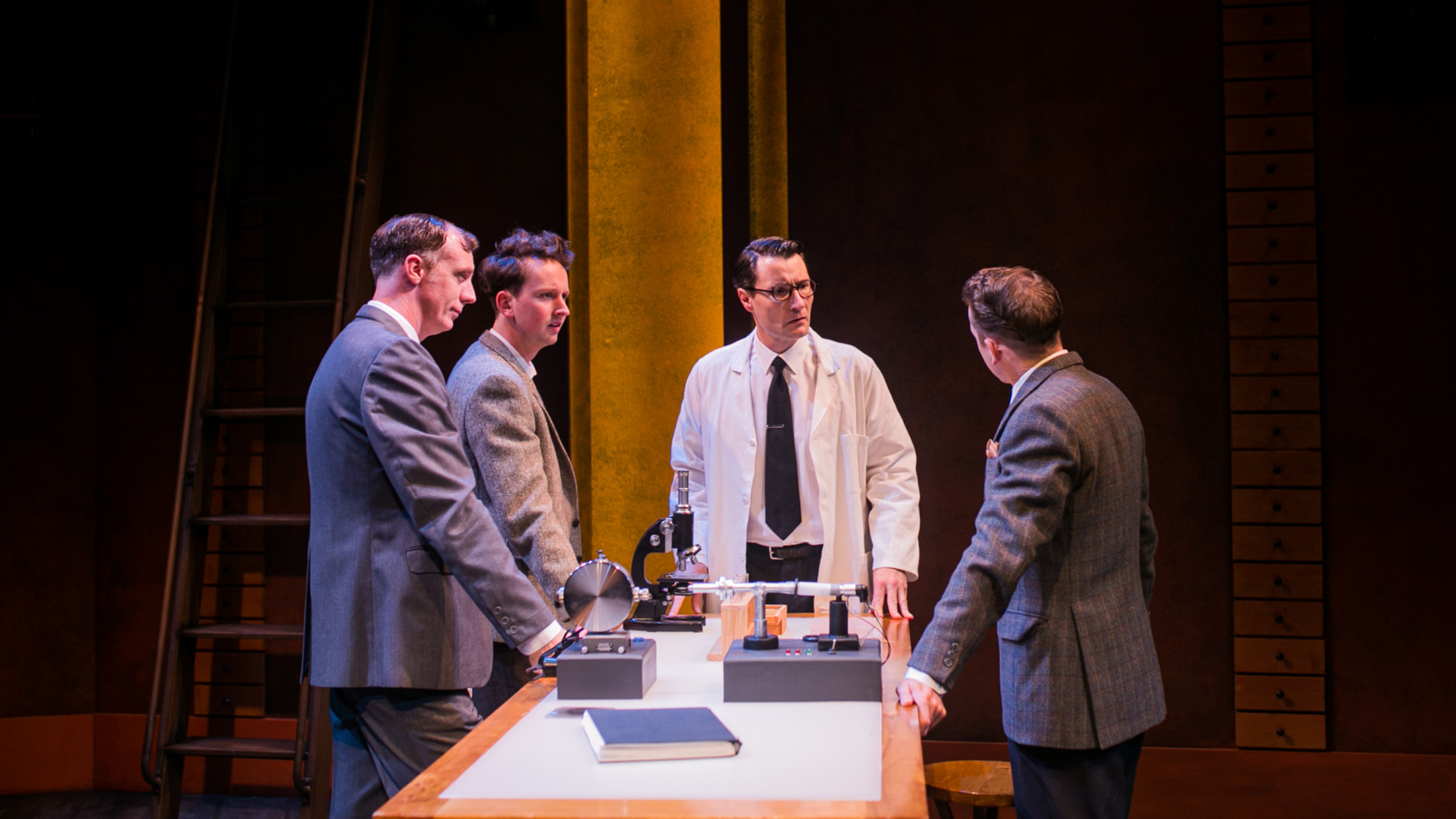 Amber McMahon in the role of Rosalind Franklin shone as this focused career woman who knew she had to fight for the respect of the largely male dominated industry. Her energy and focus were matched perfectly by Garth Holcombe in the role of Maurice Wilkins, channelling the frustrated but always polite Englishman with accuracy. The somewhat villainess duo of Watson and Crick played by Toby Bloom and Robert Jago brought a certain ‘Pinkie and the Brain’ evilness to these Nobel prize-winning scientists. Rounding out the cast were Jake Spears in the doting role of Don Casper who really just admired Rosalind and the ever-present narrator role of Ray Gosling play Gareth Yuen. If you’ve ever known a science PhD student, you would know how precise Yuen’s interpretation was.

While the Nobel Prize organisation has never fixed their crime, I think Rosalind’s story is now synonymous with DNA and Ensemble Theatre’s interpretation of Photograph 51 really cements the huge contribution her work made to the world as we know it. 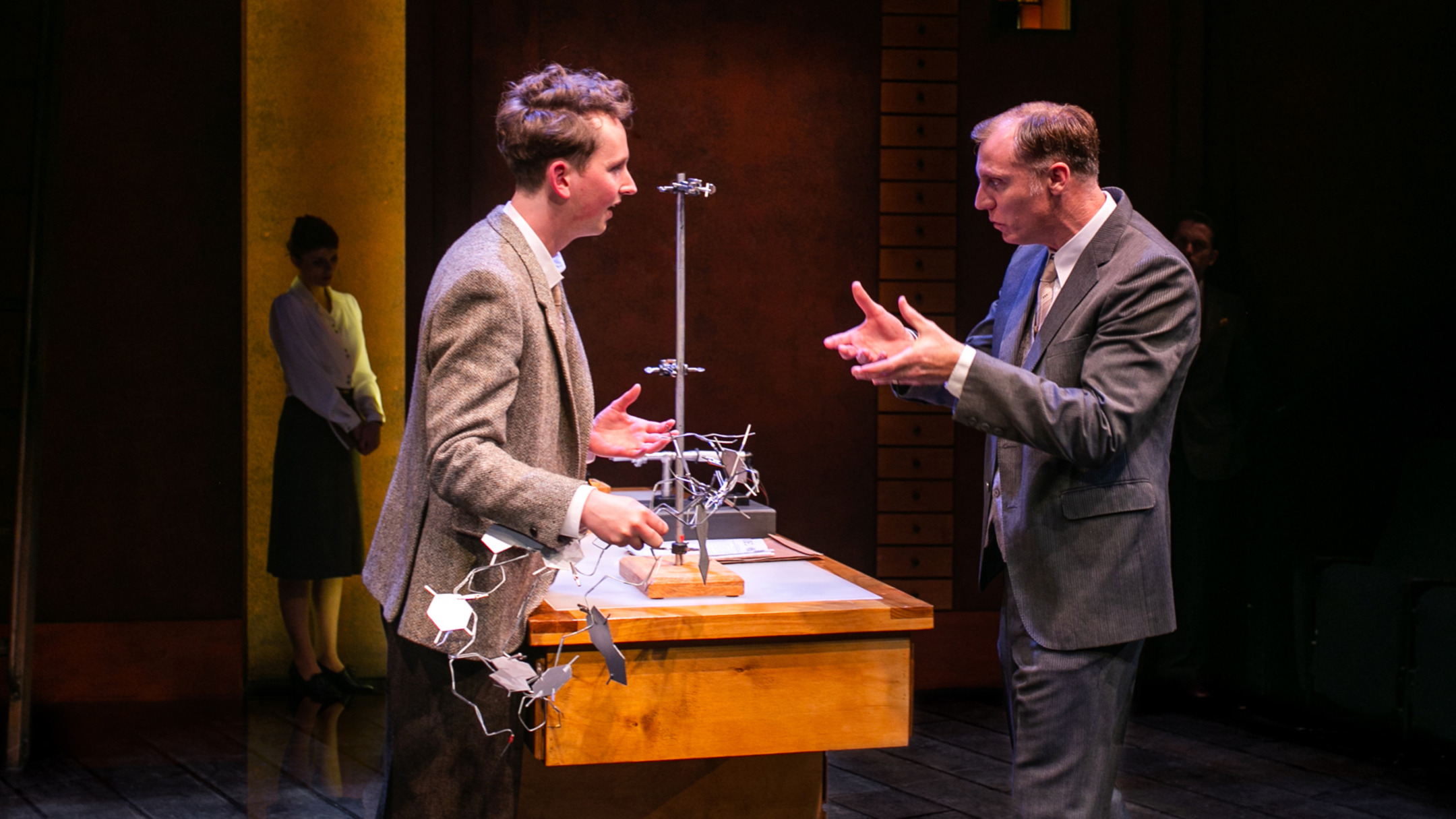 Disclosure: The Plus Ones were invited guests of Kabuku PR.
Image credit: Teniola Komolafe.