For almost 40 years The Phantom of the Opera has haunted stages around the world. Now for the first time ever, this timeless phenomenon takes centre stage at the iconic Sydney Opera House. Cameron Mackintosh’s dazzling revamp is a gloriously gothic fantasia of power, passion, and pathos. The masked man casts his spell – and we are all past the point of no return.

Joan Sutherland Theatre’s notoriously small stage is not the musical’s natural home, but set designer Paul Brown has utilised every square inch and some. We are first presented with an auctioneer clearing dusty memorabilia from an old Paris Opera House. Lot 666 is up – an enormous chandelier hanging over the front stalls. Raoul, Vicomte de Changy (Blake Bowden) bids. All of a sudden, the chandelier’s protective covering is whisked off as it bursts into light rising above our heads. The opening night audience erupts into a chorus of ‘oohs’ and ‘aahs’ and applaud the theatrical wonder. 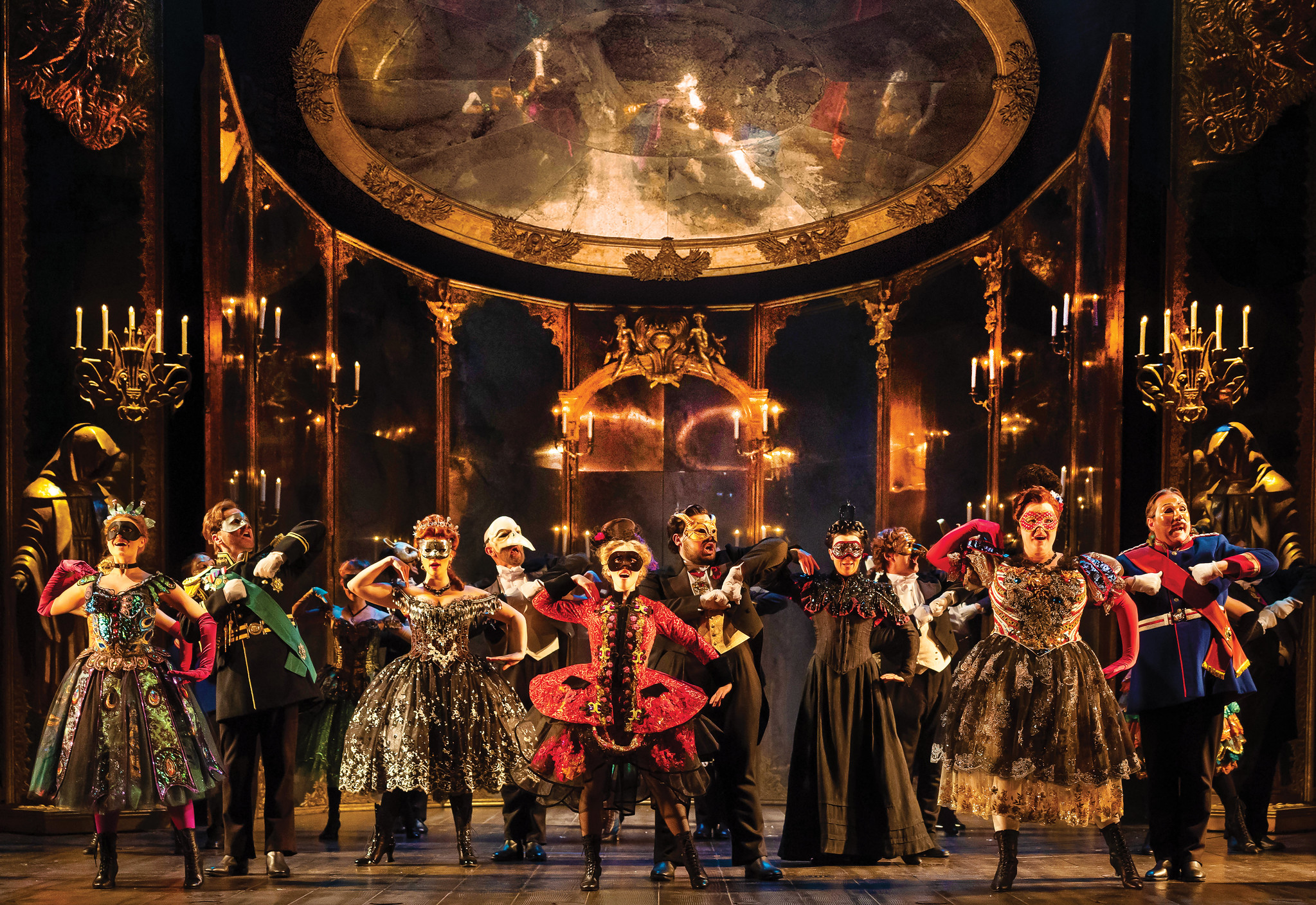 The production is surprisingly lavish without being overly excessive. With only subtle costume tweaks on the late Maria Björnson’s original sketches the new production retains its old-world charm despite the slimmed down set. Brown uses every turret and stage tool to immerse the audience in an intimate tale of enduring love. We watch on as a dangerous love triangle unfolds above, below, backstage and during the ‘opera within an opera’. The gothic staircase leading down into the Phantom’s dark lair is replaced by one that seems to appear magically out of a wall. One step after another appears in a wonderfully clever stage effect that creates a distinct air of danger. The iconic gondola ride between Phantom and Christine remains – albeit in a less lavish lake with fewer candles.

The menacing sound of the infamous organ riff emphatically captivates our attention. Andrew Lloyd Webber’s score is intoxicating. It’s the electrifying marriage of a 27-piece symphony orchestra together with rippling synthesisers that creates a musical force for soaring love duets, fantastical party tunes, and gothic horror tones. In some points the orchestra’s incredible projection overshadows the characters as they sing overlapping lyrics. However, the score is difficult and impressive in its own right and the musicality of the unseen pit, under musical supervisor Guy Simpson and musical director Anthony Barnhill, deserves a special mention. 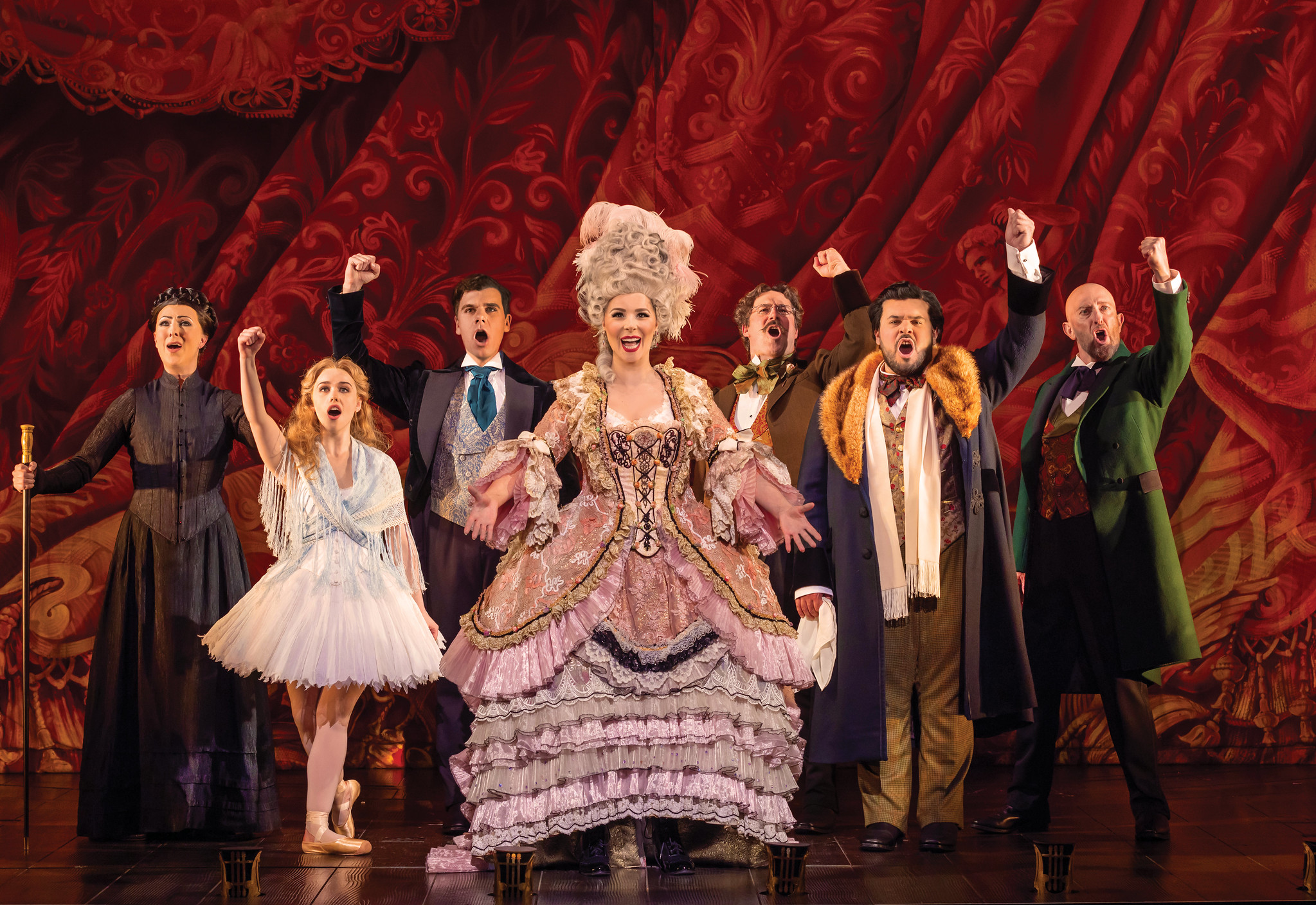 Returning home to Australia after playing Phantom in London’s West End, Josh Piterman is the ever-impressive angel of music. His rich and supple voice is an expressive blend of vulnerable and menacing. Piterman’s vocals coupled with his exceptional stage presence ensures the Phantom is not quite a monster and never fully redeemable either. We are ultimately sympathetic to the Phantom as his late unmasking leaves him like a wounded animal.

Amy Manford as Christine is unquestionably the stand-out. The Australian-American soprano played Christine in London’s West End, has stepped into the role as if she was born for it. Her tender and pure voice has a calming clarity and innocence which does not waver in its strength. Phantom commands Christine to sing ever higher, which she effortlessly does with clarity and strength. her voice soars and we are in awe of its beauty. 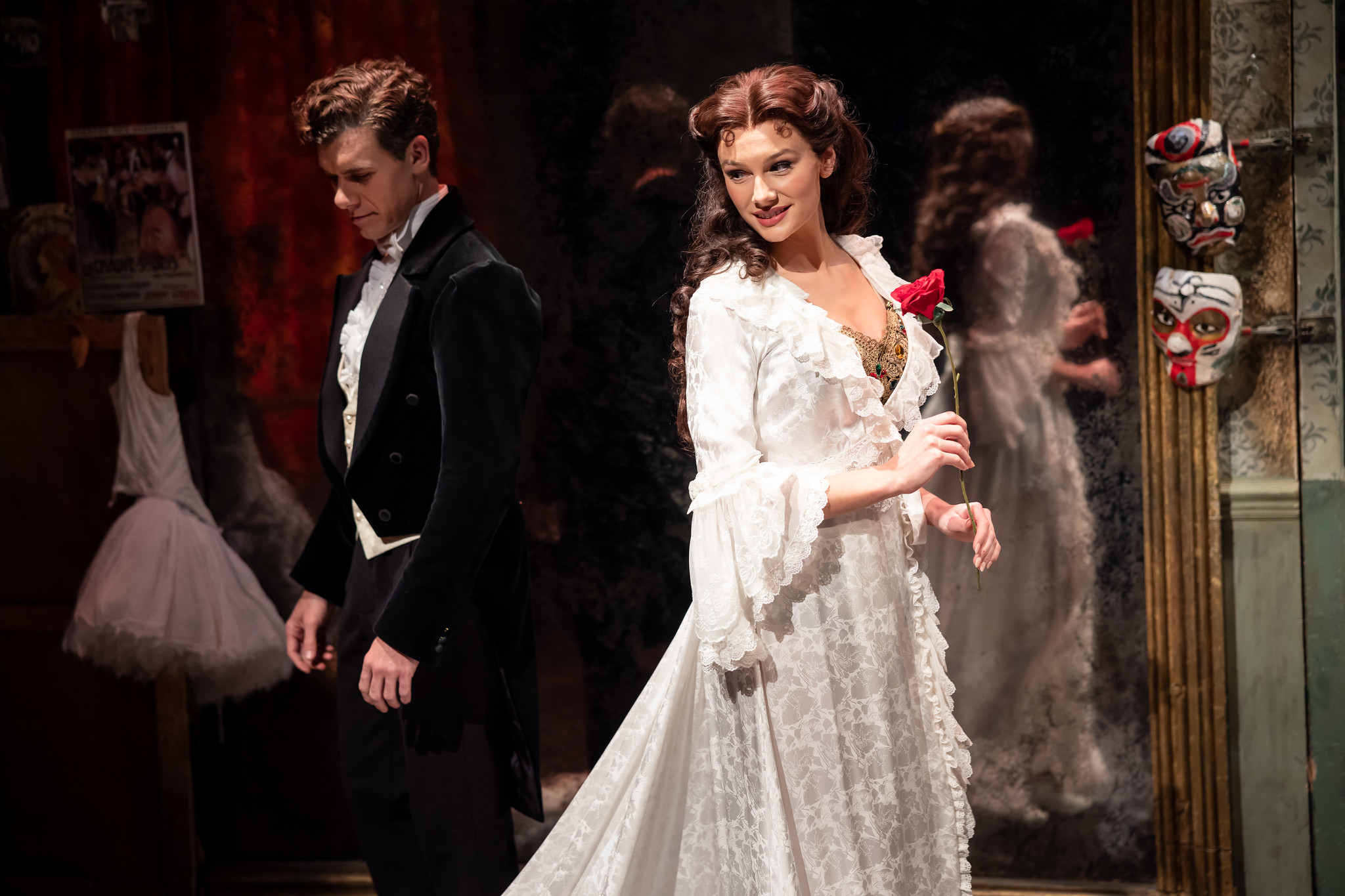 Bowden’s an admirable Raoul and a worthy third side to the love triangle. The warmth in his voice gives an added depth to Raoul’s feelings for Christine. Soprano Giuseppina Grech was the impressive, and hilarious, prima donna Carlotta while Paul Tabone was an equally remarkable and entertaining Ubaldo Piangi. Jayde Westaby was perfect as the black-clad ballet mistress Madame Giry. Her portrayal of the madame’s unravelling stoicism was incredible and wrought with emotion.

Honourable mentions to David Whitney and Andy Morton (Monsieur Firmin and Monsieur Andre) who were fabulous as the opera owners. In like manner, Elliot Baker as Don Attilio had the audience in stitches.

For anyone who has somehow managed to avoid seeing The Phantom of the Opera in any stage or film incarnation, this production will be an unforgettable moment by which to measure all future theatre experiences. For everyone else, there is little, if anything, to disappoint as the show remains undeniably enthralling and triumphant as ever.

The Phantom of the Opera runs for approximately 2 hours and 30 minutes (including one interval)  and plays at The Sydney Opera House Joan Sutherland Theatre through 16 October 2022. Buy tickets now. The venue is accessible.

It’s a twin thing: Bell Shakespeare delivers double the laughs in The Comedy of Errors