Ever since my year ten girlfriend and I learnt “Come What May”, I knew this show was destined for the stage. Moulin Rouge! The Musical, currently playing at Capitol Theatre Sydney, was so much more than my little adolescent mind could have ever conceived. 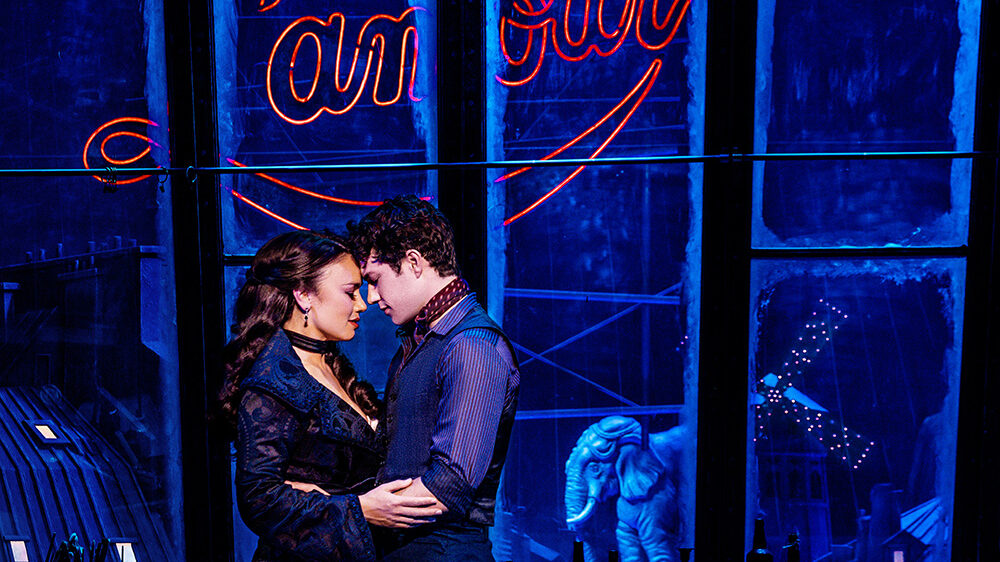 For those uninitiated with Baz Luhrmann’s movie, Moulin Rouge! The Musical tells the story of an artist, Christian, who falls in love with Satine, the leading courtesan of the Moulin Rouge, a hedonistic nightclub where the aristocrats and ordinary people mix, all looking for the same thing… a night of debauchery with one of the courtesans.

This love is forbidden as Satine is owned by an evil Duke who made a deal with the club’s owner Harold to buy the nightclub and all who work there. The illicit affair gets into dangerous territory when the Duke finds out, spelling the possible end of the famous nightclub.

Moulin Rouge! The Musical changes a couple of details from the movie, with Christian being an American Composer rather than an English writer. They also throw in several new little subplots for the minor characters to enjoy.

I was concerned about the change in score. The original “Elephant Love Medley” from the movie is an iconic medley of pop songs but never fear reader, the book by John Logan and the music by Justin Irvine pay homage to the original while transporting it to a modern feel through the choice of new pop songs.

Its over-the-top flamboyant glitzy, glamorous campy exuberance enthrals the audience from start to finish. It is clear why it won the 2021 Tony for best costume and best set design as my breath was taken away stepping into the theatre.

The whole cast channels the sex appeal of courtesans and cabaret performers, and the diversity of bodies, genders and sexualities on stage was overstimulating in the best possible way. It’s a strange sensation to sit in a theatre and be aroused by every performer on stage. 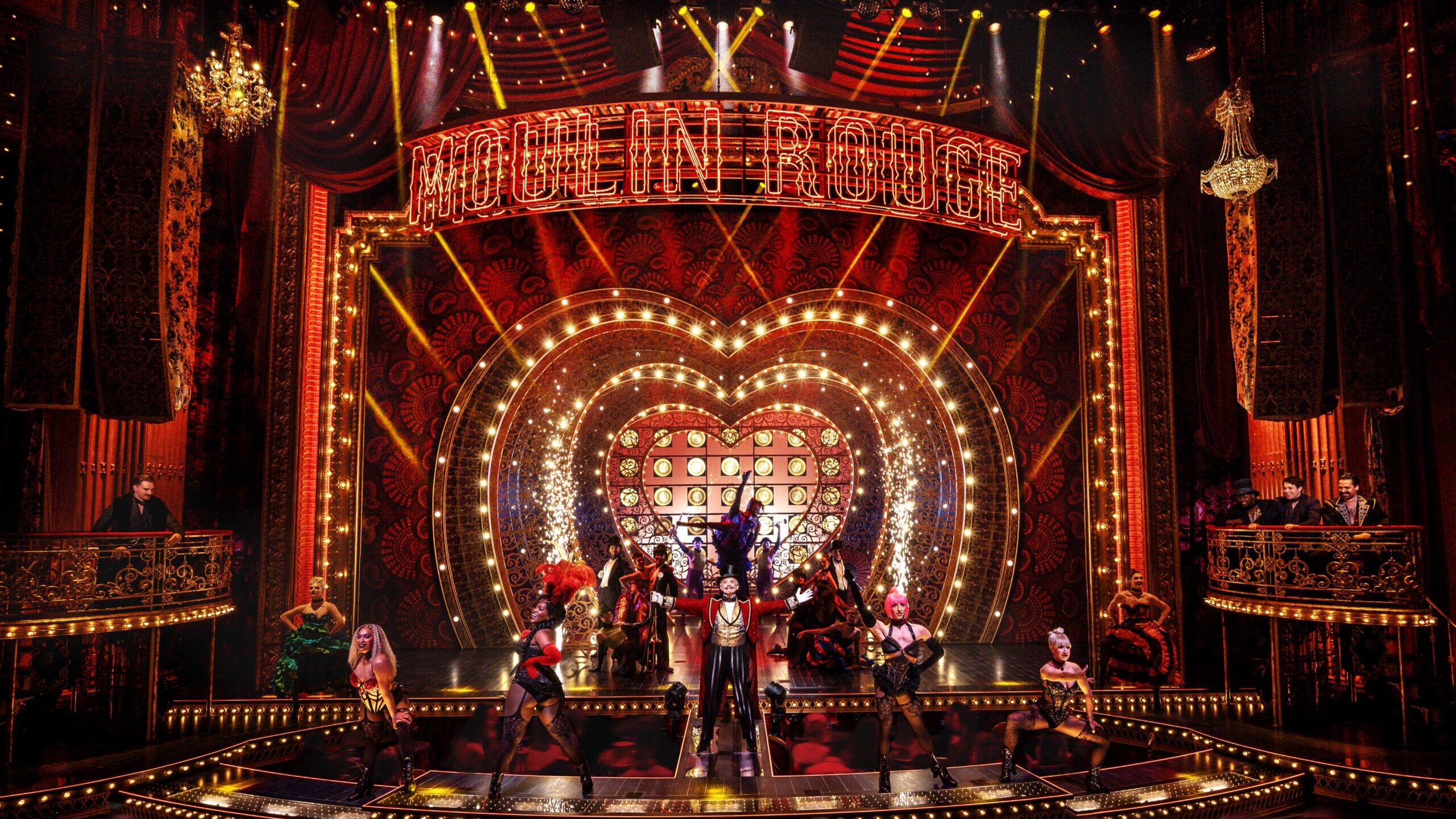 I can only imagine what Moulin Rouge! the movie would have been like if they cast these singers. Alinta Chidzey, as Satine, was seductive, powerful and helpless all at the same time. Des Flanagan, as Christian, channelled some of the leading pop-rock voices to portray this boyish innocence of a man falling in love. Honourable mention to the comedic sidekicks of Tim Omaji playing Toulouse-Lautrec and Ryan Gonzalez is playing Santiago. These performers depicted Bohemian artists with very different backgrounds but one common goal to celebrate Truth, Beauty, Freedom and Love.

However, the narrator role of Harold Zeidler, played by Simon Burke AO, really stole the show. I could only imagine that the direction to Simon was to go as camp, flamboyant and over-the-top as possible, and we’ll dial you back if we need to, and dial him back, they did not! While Simon has tread the boards on many a stage, my plus-one committed that it was interesting to see Simon from Playschool take on such a depraved role.

Moulin Rouge musical is one of those must-see shows. I know I’ll never forget my visit to the Moulin Rouge at the Capitol Theatre.

Moulin Rouge! The Musical runs for two hours 35 minutes (with a 20-minute interval) and plays at The Capitol Theatre Sydney through 23 October 2022. Tickets are available through Ticketmaster. 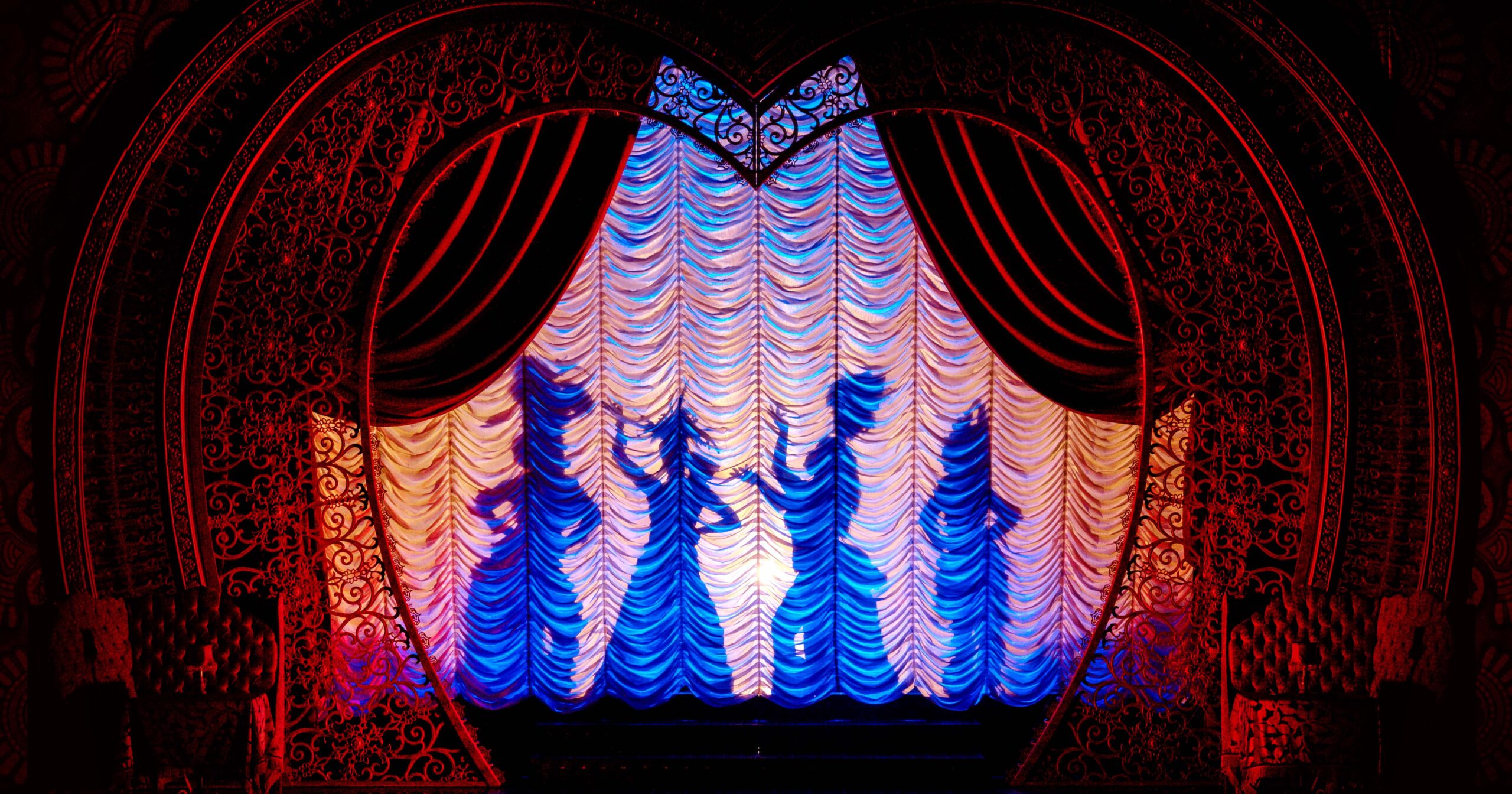 Disclosure: The Plus Ones were invited guests of The Peach and Pineapple Co.
Image credits: Michelle Grace Hunder.

The Increasing Appeal of Natural Wine