Queer used to be a dirty word, but it’s now on the lips of the Sydney Theatre World as they rush to buy tickets to Little Triangle’s production of Isn’t It Queer at PACT, Erskineville.

This brilliant little concept by Alexander Andrews, director of the show, explores some of the greatest songs ever written by Stephen Sondheim, an out and proud gay Broadway composer and lyricist. While recently, Sondheim edited his production of Company to include changed gender and queer storylines, there has been a notable absence of LGBTQIA+ themes through the composer’s anthology of work… until now. 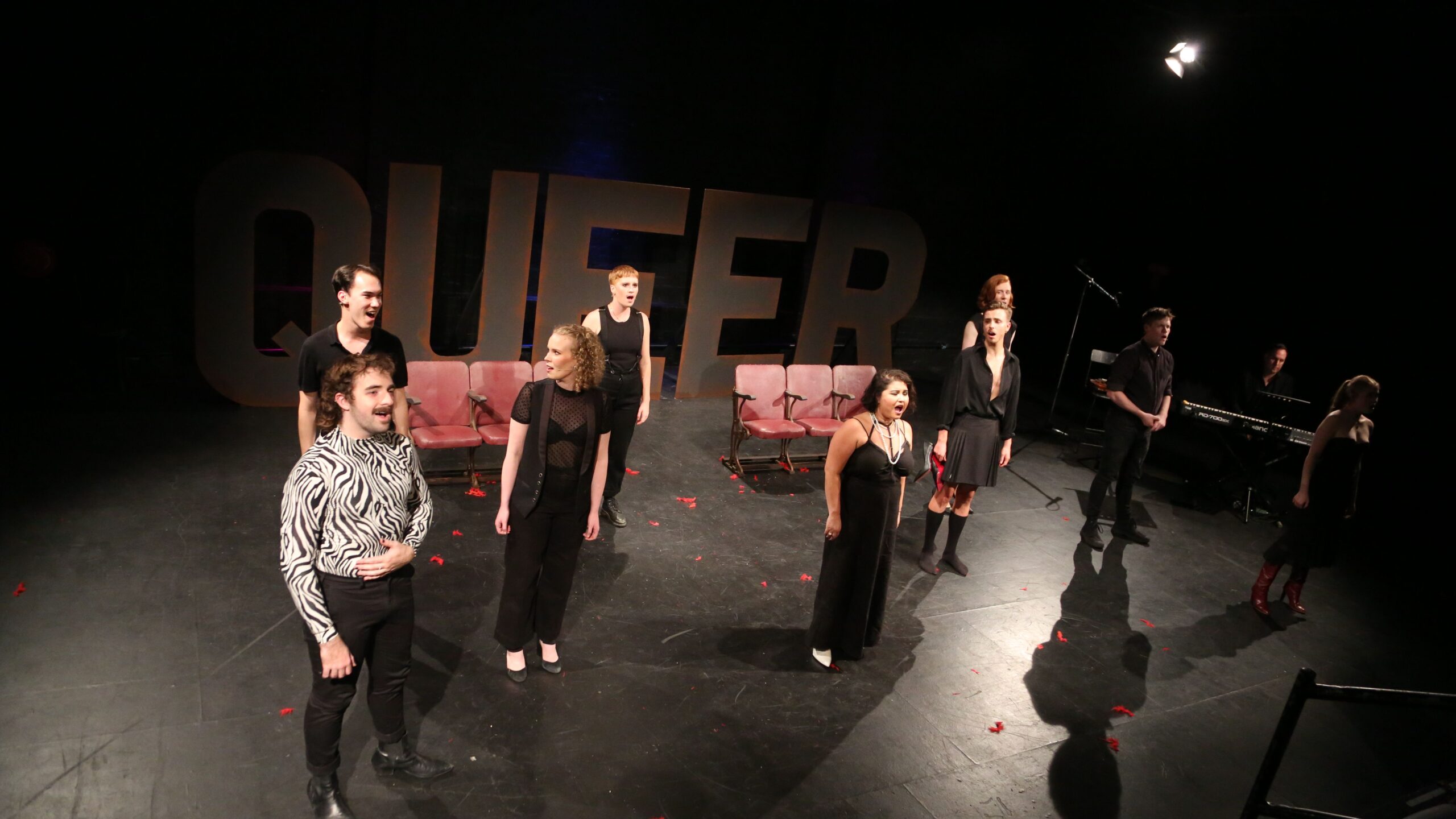 This show includes some of Sondheim’s more famous works like Company and Into the Woods, to his lesser know songs such as I Never Do Anything Twice from the movie The Seven Percent Solution. Through his selection and order of the songs, Isn’t It Queer is reminiscent of Jason Robert Brown’s The Last 5 Years, exploring new beginnings to the ugly, bitter end of a relationship.

Andrews, like myself, had never seen queer musical theatre characters that reflect his life experience, which drove him to create this show with the reimagining of Sondheim songs to be about queer stories and queer people. While you might be tempted to imagine the show to be another cliched gay revue, Isn’t It Queer is a 75-minute well-crafted exploration of the complete spectrum of queer relationships, perfectly executed by a sublimely talented cast. 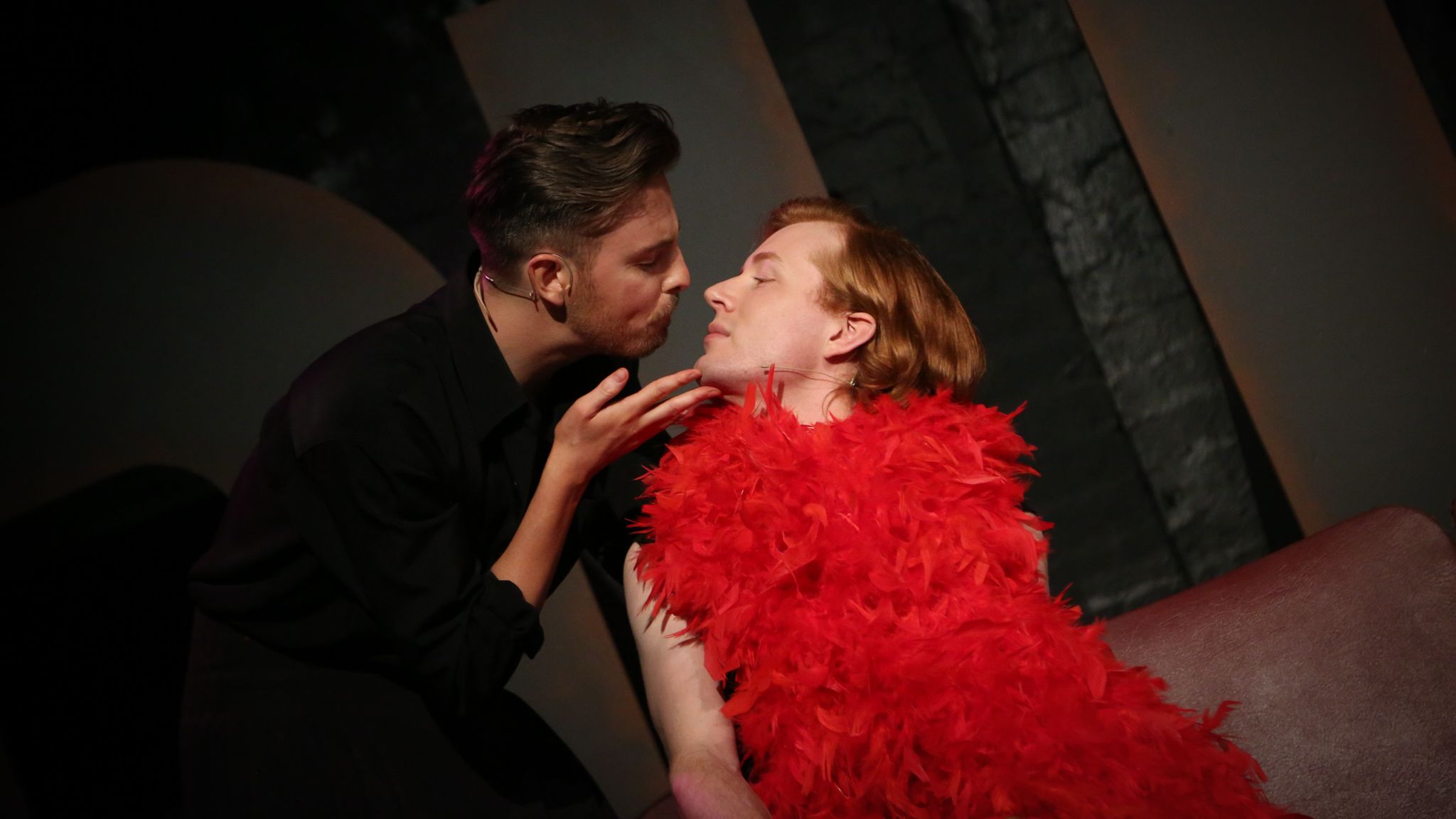 It seems unfair to single out any performer in such a dazzling show as each brought a different flavour and character to the stage.  These remarkable performances allowed the serious moments to resonate with the audience while a smattering of absurd comedic reliefs left the audience laughing so much it hurt. Special mention must go to the gregariously effeminate Gavin Brown, whose continued subplot with the more serious and subdued Andy Freeborn delivers a perfectly balanced affair throughout the show.

For anyone who hasn’t taken on Sondheim, he is a masterful yet cunningly brutal composer to perform. Alec Steedman, the show’s musical director, was clearly up for the challenge and consummately led the ensemble and pianist Andrew Howie through each song and transition with ease, all while playing the violin, might I add.

Isn’t It Queer is bound to be a sell-out if it hasn’t already, and I only hope that Little Triangle’s masterpiece is programmed by other venues so that more people can experience its genius. Get your ticket now to the hottest little show in Sydney.

Isn’t It Queer runs for 75 minutes (no interval) and is playing at PACT, Erskineville until 23 April 2022. Tickets are available through Humanitix. 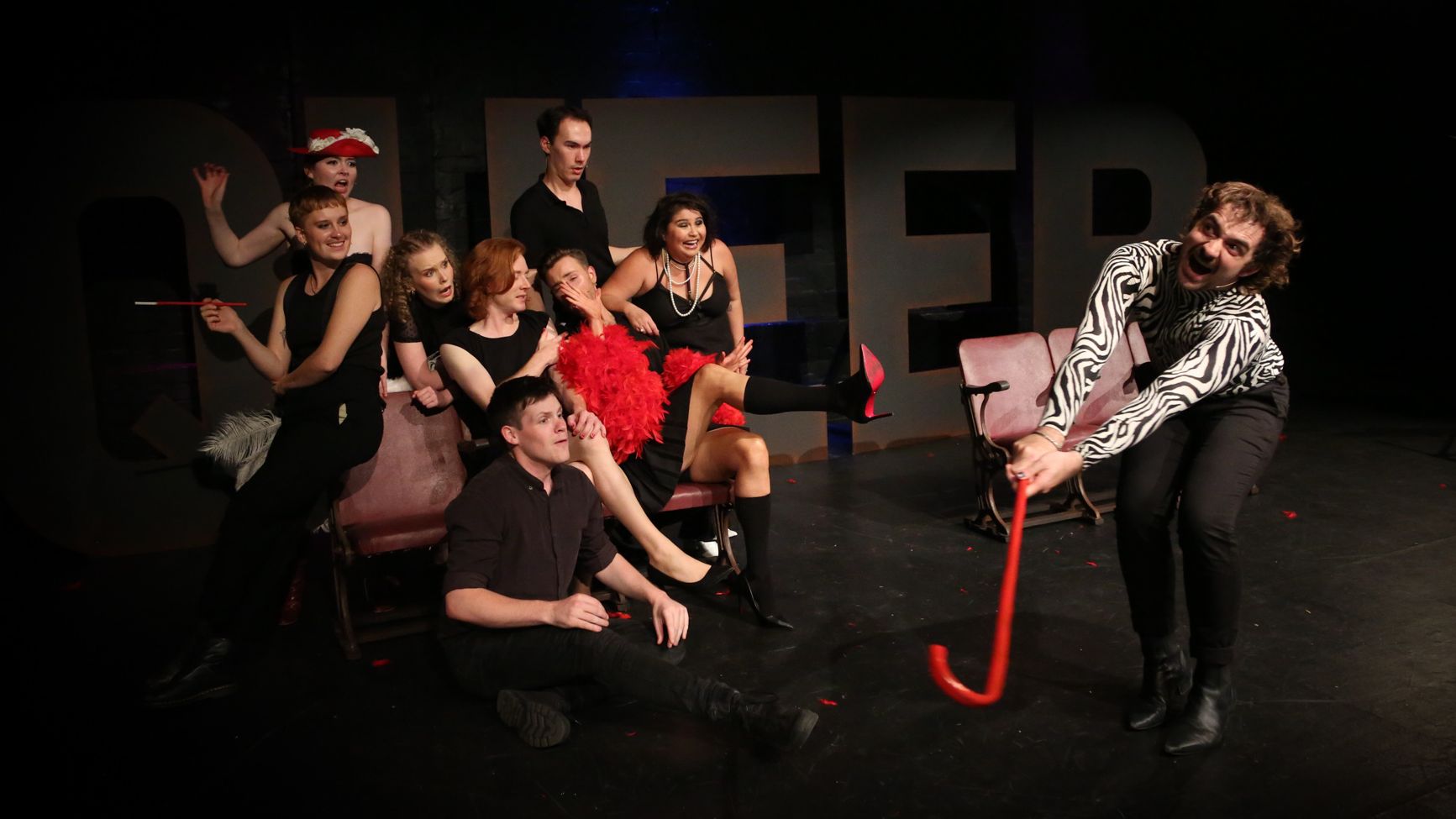 Disclosure: The Plus Ones were invited guests of Little Triangle.
Image credit: Junior Jin.

Candle-making class for The Botanist Gin

Circa’s Peepshow: Welcome to the Unnatural!