Fractured sibling relationships are nothing new to the theatre (hums Go Go Go Joseph). Still, the sibling rivalry explored in Stay Woke, playing at the Darlinghurst Theatre Company until 17 April,  takes these broken familial bonds to a whole new level.

Set in the snowfields of Victoria, Stay Woke tells the story of two brothers of Sri Lankan heritage who decide to try and repair their relationship by heading to the mountains for a weekend with their partners. The older brother Niv, the family’s dark horse, has turned over a new leaf; he is now vegan and is dating his non-binary partner Mae, a social justice educator. On the other hand, Sai is the younger golden child of the family, has gone into science research and is dating a newly graduated pharmacist Kate, who grew up in rural Victoria. 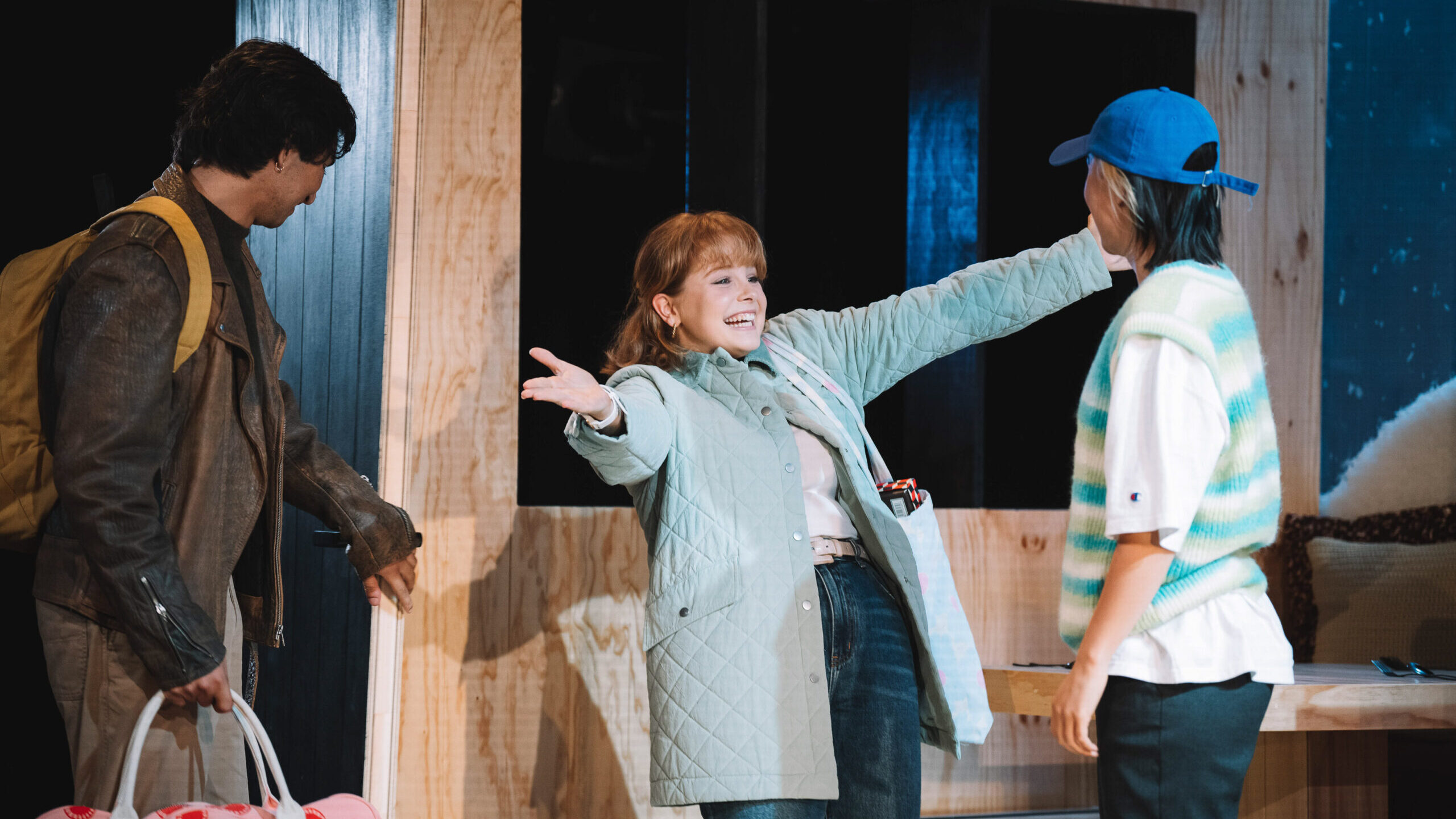 The weekend starts low key awkwardly as it’s the first time Kate is meeting Niv and Mae. Things turn sour quickly when Kate begins her imperfect foot-in-mouth routine demonstrating her ignorance of racial appropriation and heteronormativity (if you’re not sure what that is, you need to look it up). Even though all is not lost, this family have a lot more work to do to try and rebuild their relationship.

There is no doubt that Stay Woke is a divisive play. Some viewers would see Kate’s ignorance as harmless and her eagerness to learn and please as something to be celebrated. Others, however, take on Niv’s level of outrage at the constant missteps of Kate’s white binary experience. Regardless of which side you’re on, it is a thought-provoking piece of theatre.

The set is simple yet effective with gently falling snow on the outside. It sets the mood for the cold interactions of the characters. The sound design sometimes distracts from the story rather than allowing seamless scene changes, but the lighting perfectly complements the set to draw the audience into the action. 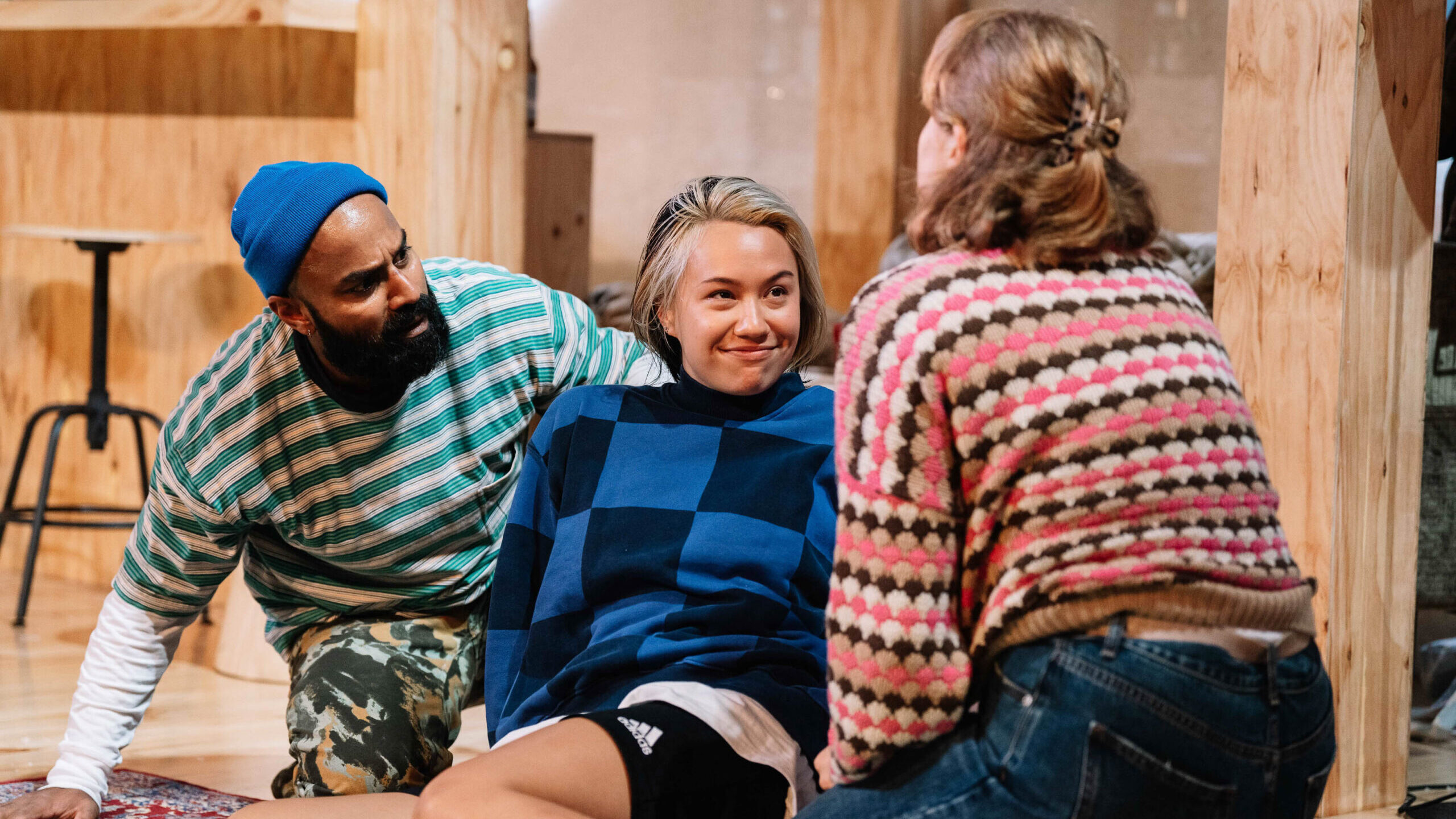 For a four-hander like this, the rapport of the cast is paramount, and this cast does not disappoint. Dushan Philips plays the role of Niv and leaves all of his emotions on the stage as he expertly portrays a hurting, angry man. This intensity at times starts to fatigue the audience, who can only find relief in the comedic timing of the calm natured Mae performed by Brooke Lee. Kaivu Suvarna plays Sai and accurately depicts the golden child role with the “mumma’s boy” style quips delivered pointedly and effortlessly at Niv. Rose Adams fills out the cast with her performance of  Kate, who gives a realistic and vulnerable version of this poisoned character, a character written to be despised.

The American actor Willem Dafoe once said, “Great theatre is about challenging how we think and encouraging us to fantasise about a world we aspire to.” Isn’t that what wokeness is all about when it all boils down? Fantasising about an aspirational world? While Stay Woke may make you uncomfortable at times, this piece of theatre will inspire its audiences to examine their own shortcomings and continue to make the world a more inclusive place.

Stay Woke runs for 90 minutes (no interval) and is playing at the Eternity Playhouse, Darlinghurst until 17 April 2022. Tickets are available through Darlinghurst Theatre Company’s website. 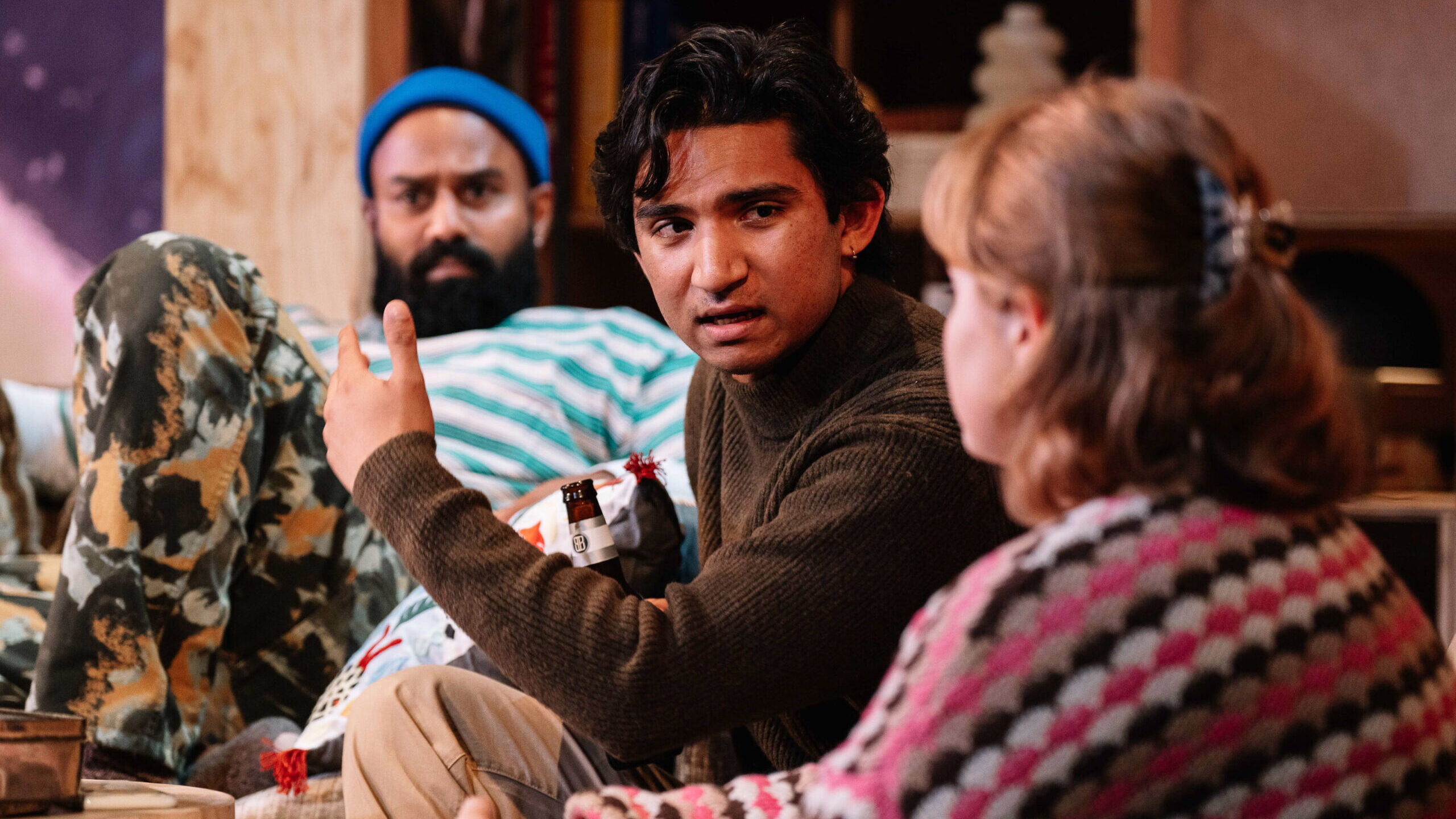 Disclosure: The Plus Ones were invited guests of Darlinghurst Theatre Company.
Image credit: Phoebe Powell.

Candle-making class for The Botanist Gin