It’s a good sign when, on opening night, a show announces its return season, and Jagged Little Pill at the Theatre Royal Sydney did just that. This jukebox musical uses the discography of Alanis Morissette to tell the story of the “perfect family” whose encounters with sexual assault are their initial undoing but eventual healing. 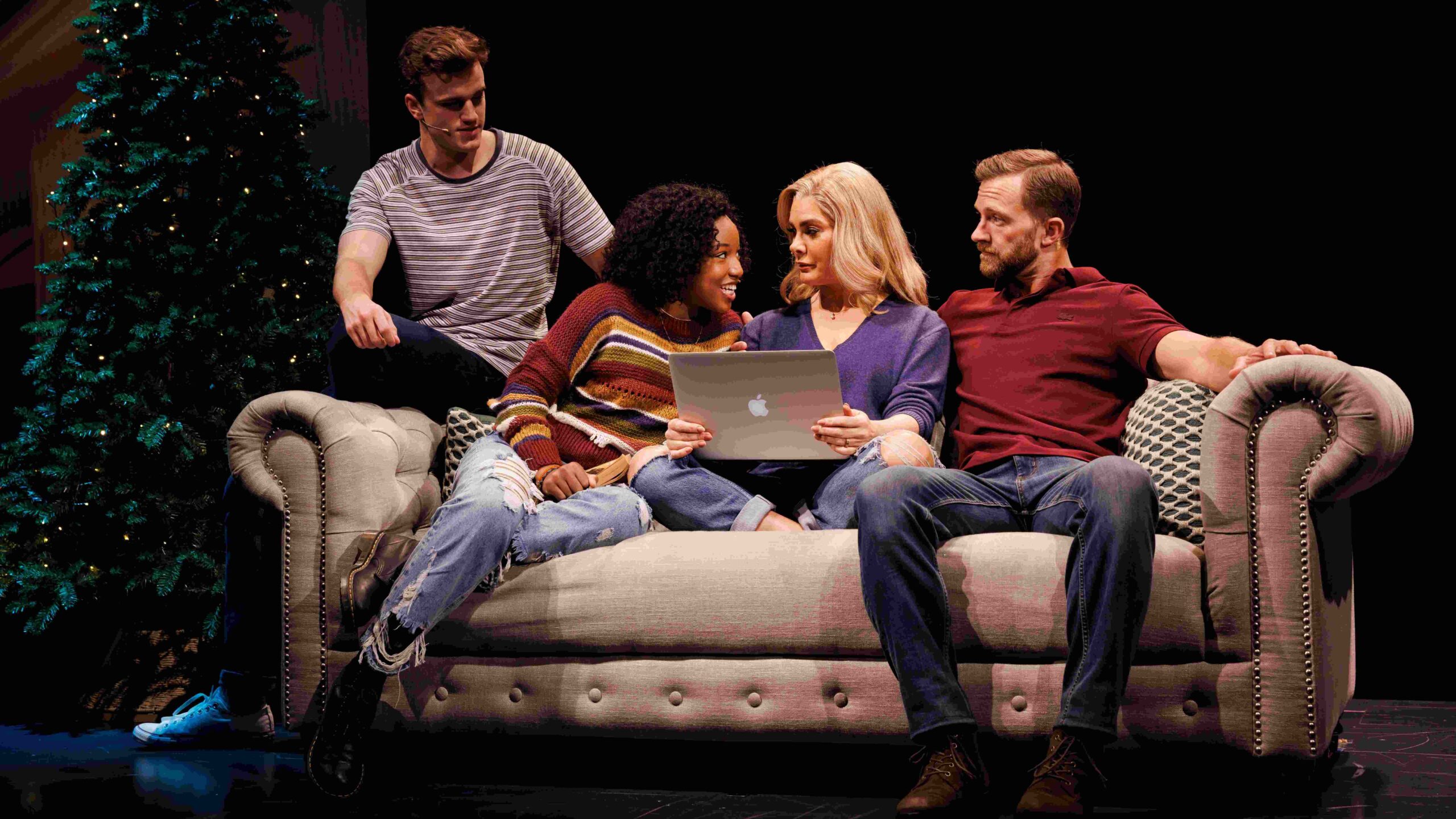 If you grew up in the 90s listening to Morissette’s chart-topping music, it would come as no surprise that Jagged Little Pill contains the same level of anger and angst as found in her music. While super-fans may not agree with me, the clever reimagining of some of Alanis’ biggest hits has allowed this alternative rock repertoire to be crafted into more musical theatre-like songs, particularly making You Outta Know the perfect eleven o’clock number. However, don’t expect to recognise all the pieces as Alanis wrote two new songs for this show.

I may have mentioned this in a previous review, but I find these cookie-cutter productions (copied straight from Broadway or West End) a double-edged sword. While it’s great to see a replica of the production from the world’s largest stages, it often means that little can be done to consider the new space. Some sight line problems from the sides of the auditorium could have easily been rectified by moving the action a metre towards the centre. Having said that, the staging was fresh, imaginative and contained all the bells and whistles you’d expect from a modern Broadway musical.

Where this production exceeds expectation is in the casting.

Natalie Bassingthwaighte (Mary Jane Haley) produces a brilliant performance as a neurotic opioid-addicted middle-aged mum. It’s a sign of a great performer when they can go from Velma Kelly in 2019 to a homemaker from Connecticut two years later. Natalie is supported by Tim Draxl (Steve Healy), who, in the role of concerned but workaholic husband, strides through this character with ease. I’m a massive fan of Tim’s work, and I think this may have been one of his most straightforward roles to portray. This picture-perfect family is rounded out by Emily Nkomo (Frankie Healy) and Liam Head (Nick Healy), who contribute strong performances to carry their narratives forward.

However, it is Maggie McKenna’s performance as Jo that people will talk about for years to come. Sydney audiences would be familiar with Maggie from their portrayal of Muriel in Muriel’s Wedding the Musical and more recently Sydney Theatre Company’s Fun Home but not since Imelda Staunton in Gypsy have I seen a more nuanced character demand the attention, the respect, and the heartstrings like Maggie did. They deserve every standing ovation they receive. Bravo Maggie.

I’m glad that another Sydney Theatre has reopened, and if Jagged Little Pill is anything to go by, we will see many more productions in the bright future of the Theatre Royal Sydney.

Daniel Craig is a regular on the Sydney Arts scene after having lived, worked and performed in London. He has a long history with theatre, and when not dabbling in the arts (which rarely ever happens), he works in scientific research and loves to travel the world trying new gin. Follow him on all the socials @talldancraig 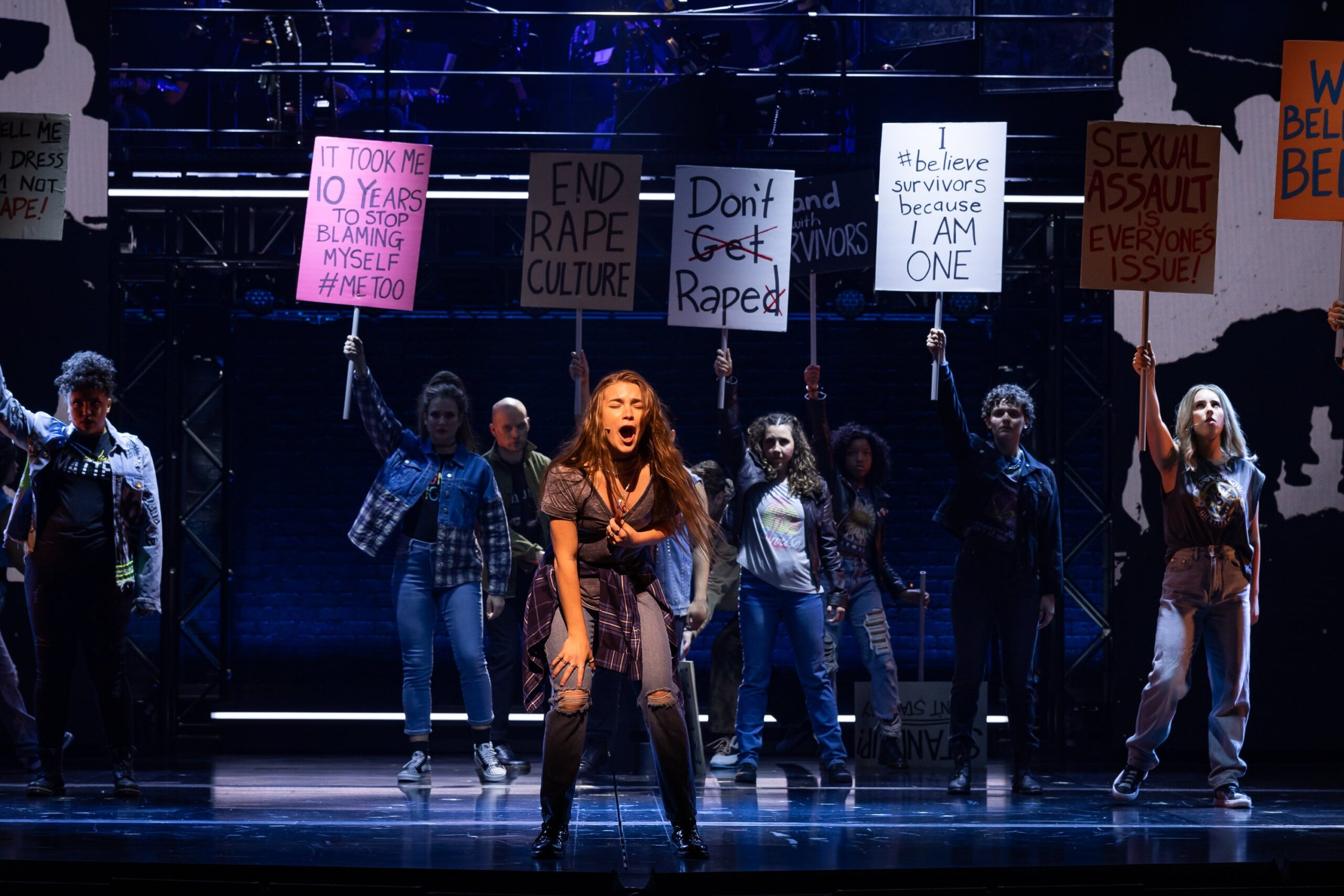 Disclosure: The Plus Ones were invited guests of Lucky Star Media.
Image credit: Daniel Boud.