Back with their annual Mardi Gras Festival offering, Beautiful Thing at the New Theatre is the chuckle we all need right now.

This play explores the beginnings of teenage love between two schoolmates/neighbours, living in the Thamesmead housing estates of South East London. Throw in a potty-mouthed school dropout, a single mum desperate for a decent life, a hippie self-proclaimed artist and you have the perfect equation for a comedic romp through a young gay love story. Don’t be mistaken, this play does explore some serious issues, particularly of homophobia, drug use, alcoholism and abusive relationships. Still, it manages to balance it all out and leaves you with a wholesome warmth in your heart. 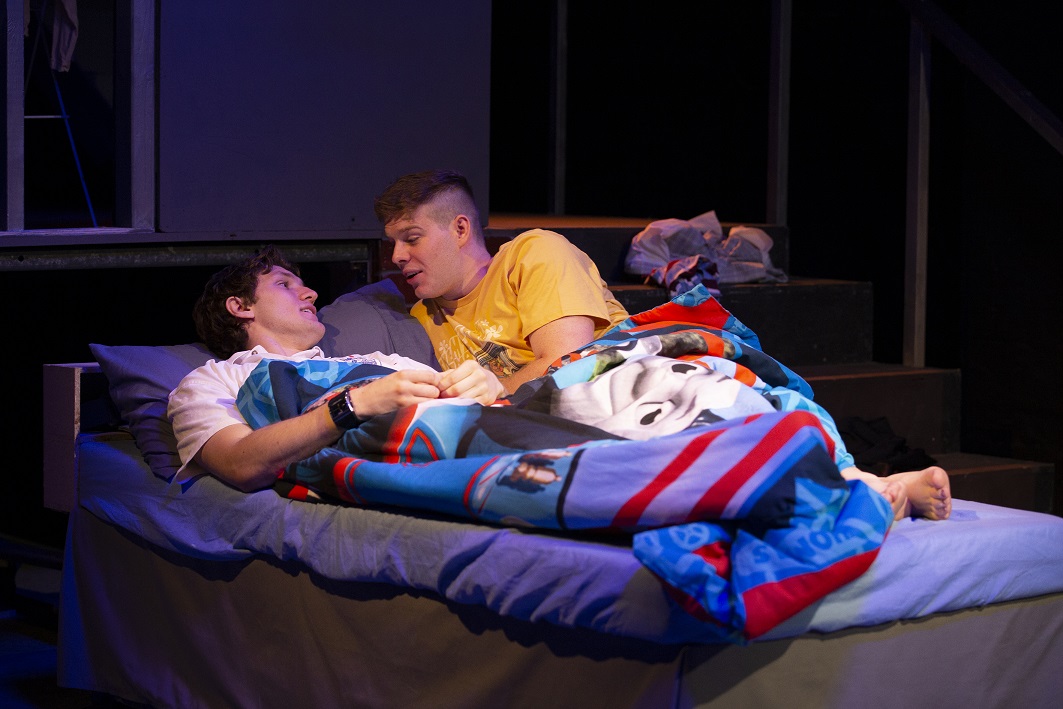 As someone who has lived in that part of London, I appreciate how skilfully Mark G Nagle (Director) Glenn Braithwaite (Associate Director) and David Marshall Martin (Set Designer) so accurately captured the ambience, if you can call it that, of working-class London.

Will Manton (Jamie) and Bayley Prendergast (Ste), convincingly portray scally (read bogan), teenage boys. Some of their repeat phrases like ‘innit’ and ‘ya righ’ really took me back to SE28 (postcode of the area). Julia Kennedy Scott (Sandra) brought warmth to her role while still maintaining a distant nonchalant persona. These motherly undertones really shine through in some very touching moments between a mother and her son.

The supporting cast of Casper Hardaker (Tony) and Hannah Zaslawski (Leah), help move the narrative forward and provide some comedic relief along the way. 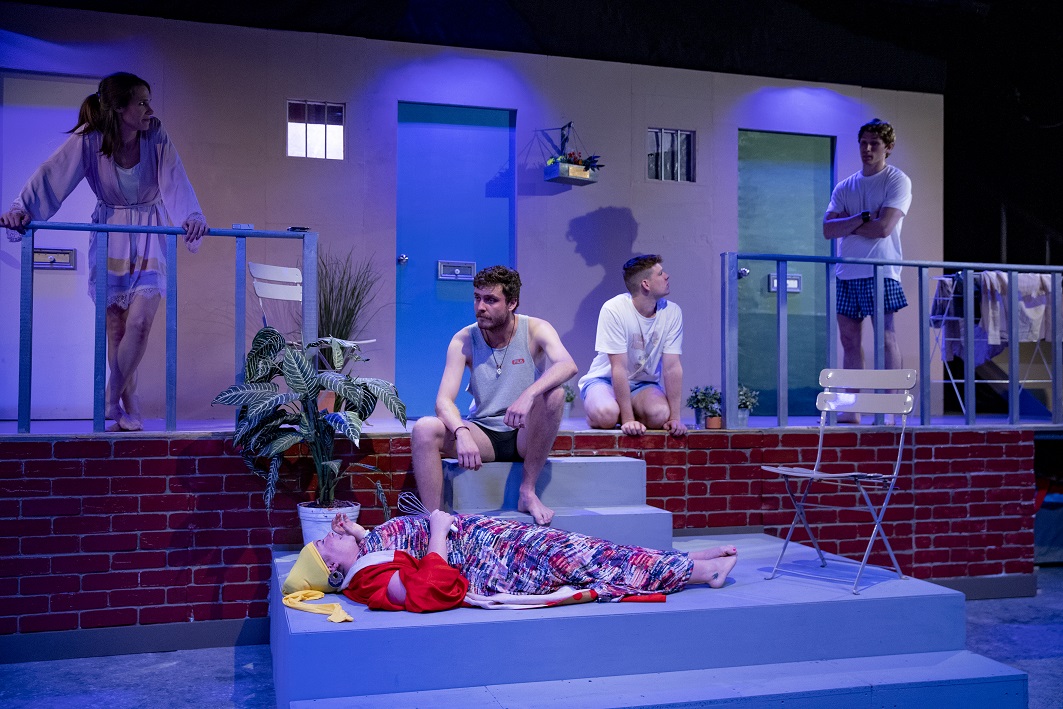 While at times, some of the characters bordered on caricatures, akin to The Catherine Tate Show, the cast had great control of their accents and embodied the housing commission Brit.

Beautiful Thing is precisely that… beautiful. It’ll make you smile, laugh, ponder for a moment, but above all else, it’ll remind you that even while the world outside may not be perfect, there is still hope for all.

Beautiful Thing is now at the New Theatre until 6 March. It runs for 130 minutes including interval. Buy a ticket and support Independent Theatre this Mardi Gras season.

Disclosure: The Plus Ones were invited guests of the New Theatre.
Image credit: Bob Seary for New Theatre