Irish whiskey is going through a revolution of sorts and for those of us that love a dram, the news is music to our ears! Slane Whiskey is one of the up and coming whiskey brands that are making Irish whiskey relevant again with its rock and roll look and that respects the past from which it emerged.

The brainchild of Alex Conyngham, whose family owns and runs Slane Castle, and created by Brown-Forman. Alex’s family grew grain for cattle for many years on the Castle’s land before realising that his dream of making his own Irish whiskey could be a reality — and they’d have “a lot more craic making whiskey” than feeding grain to cows. 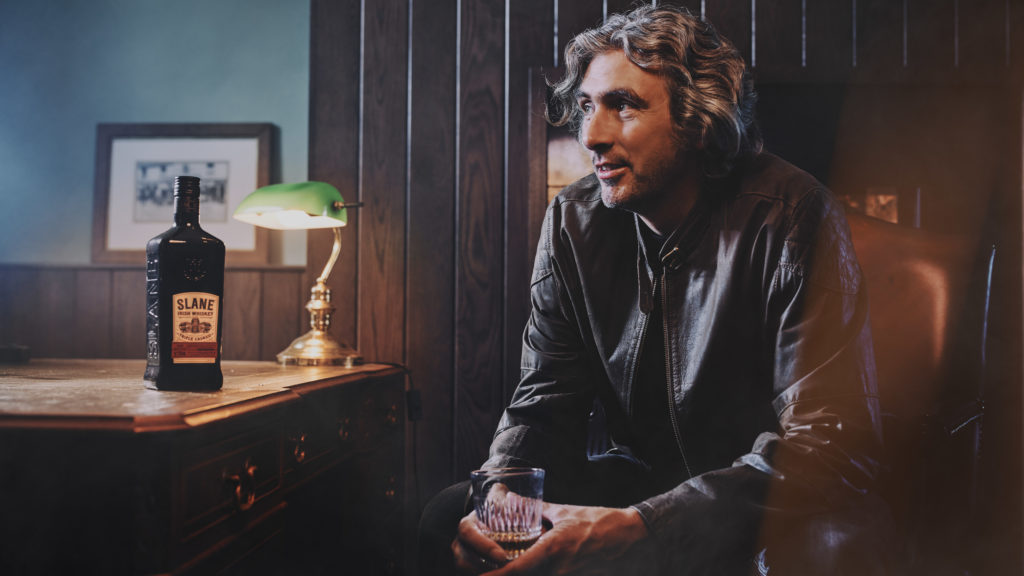 Slane Whiskey is named from its home, Slane Castle in Boyne Valley, which also plays host to an annual (now less than annual) music festival that can boast past headliners like U2, The Rolling Stones, Bruce Springsteen, Guns N’ Roses, Queen and Irish phenomenon, Thin Lizzy who headlined Slane in their first show in 1981.

Currently, Slane Whiskey is a blend of whiskey from different Irish distilleries that has been triple casked. The whiskey is aged first in virgin oak barrels which impart a rich and spicy vanillin flavour, then seasoned oak barrels for more toasty and nutty characters, and then finally in Oloroso sherry casks. The resulting whiskey is super smooth but complex and layered. Great to enjoy neat to explore the distinctive flavours of each cask. But it works excellently in a hot toddy, Irish Coffee, and even a simple whiskey soda with a touch of mint. It’s basically the perfect dram for autumn’s cooler nights. 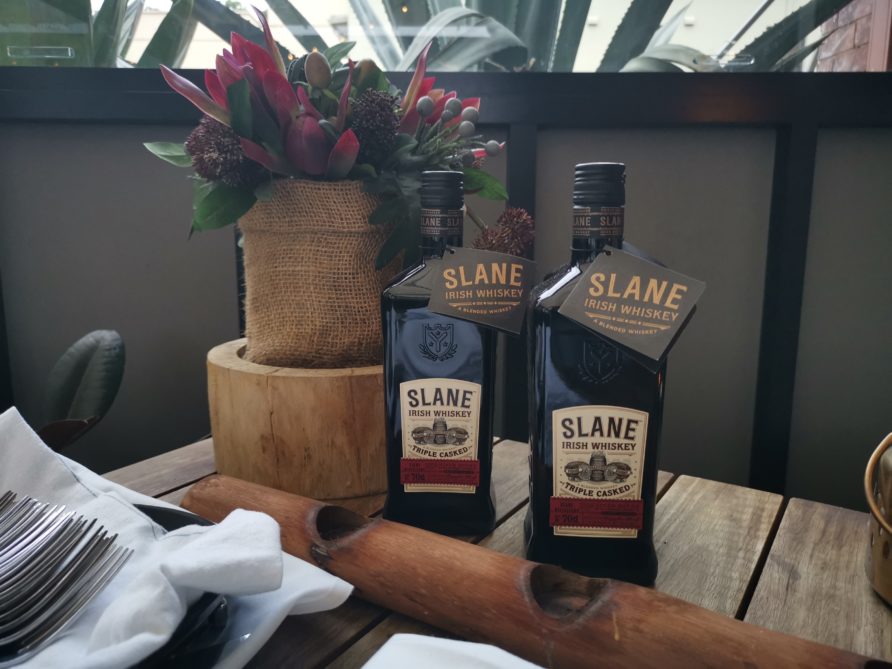 Alex hosted an evening at the Terminus in Pyrmont where he shared his unique childhood growing up in Slane Castle — bringing Bono a glass of orange juice while they recorded a U2 album — and Irish whiskey. The evening was accompanied by a delicious St Patrick’s Day feast made by celebrity chef Colin Fassnidge. Menu items included a succulent 12 hour braised lamb shoulder, spiced miso eggplant, salt-baked sweet potato, and roo-tail curry — all very Irish dishes to be sure!

You can pick up a bottle of Slane Irish Whiskey at your nearest Dan Murphy’s for $69.99. Today, Slane Castle now houses its own distillery so be on the lookout for the brands’ first own-distilled whiskey in years to come.

Food & Beverage Specialist. Usually seen with a flat white in hand or on her way to a whiskey tasting. Needs to stop acquiring books and start reading them.

Slane Irish Whiskey is available now for $69.99 from Dan Murphy’s and other major whiskey retailers.

Disclosure: The Plus Ones were invited guests of Dialogue PR
Photo Credit: Dialogue PR

To See or Not To See? Bell Shakespeare’s Refreshing Take on Hamlet