Opening 2020 in the same manner they did thirty years ago, Bell Shakespeare has revisited and reimagined the classic Hamlet. Under Peter Evans’ direction, the baton, or in this instance the skull, has been entrusted to Harriet Gordan-Anderson.

Globally, Hamlet has rarely been off-stage since its birth (circa 1600), and is the play that audiences, actors, and directors are drawn to revisit. The difference in Peter Evan’s refreshing take on Hamlet  is casting and setting.

Casting a woman in the role as the Prince of Denmark, is a compelling draw card and a homage to Shakespeare’s exploration of gender in theatre. Gordan-Anderson is exceptional in unpacking the complex emotional narrative of Hamlet. She navigates through grief, despair, youth, love, friendship, and family ties, with such ease giving Hamlet depth beyond an ‘angsty teen’ label.

I was misguided in thinking that a female role would evidently lead to a female Hamlet, a Princess of Denmark, if you will. Regardless of the gender of the actor, we are confronted with questions about masculinity and justifiable reactions to life’s tragedies.

The 1960s, with its glamour, strong design aesthetic, cultural and social shifts, rebellious youths, and political instability is an apt and unique setting. The play begins with the Royal family gathered in their mid-century living room separated from the outside world by a structure of a few black bars. We might even wonder, as the play unfolds if this is a home, or a prison. 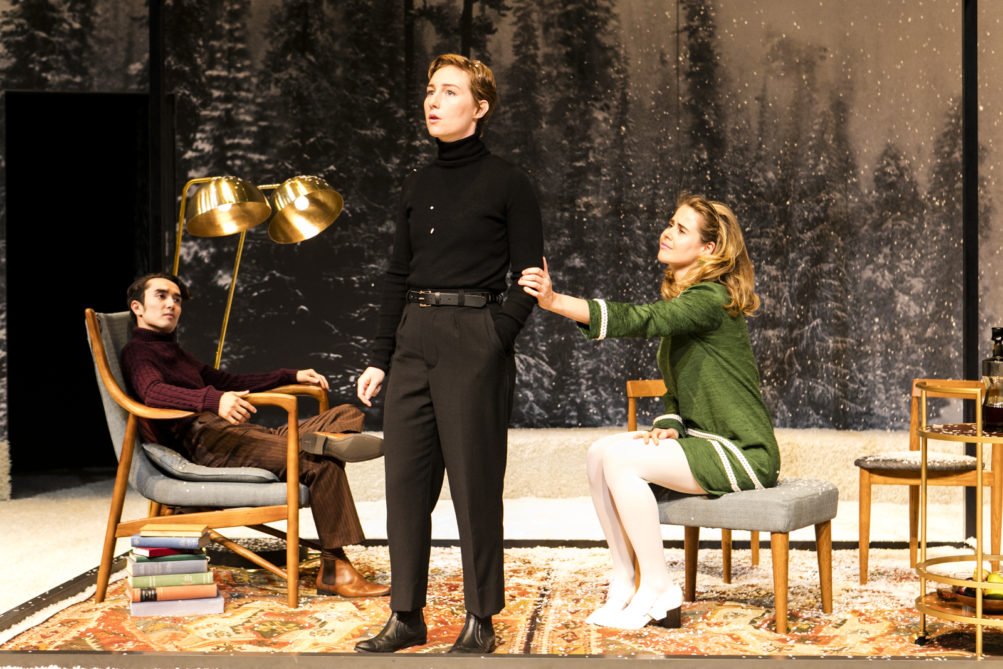 Each character plays through the dissonance with profound humanity. Sophie Wilde’s Ophelia, is a mixture of naivety and vulnerability; Jack Crumlin as Laertres portrays volatile grief; Lisa McCune as Gertrude has the beginnings of martial bliss until she unravels in her tragic realisation. Horatio, played by James Evans is the unfortunate bystander; and Hamlet’s friends Rosencrantz and Guildenstern (Jeremi Campese and Jane Malady) are idle distractions. The enfeebled Polonius played by Robert Menzies begins with comic relief till we have our own realisation that we are laughing at a shell of a man. Finally, Claudius, played by James Lugton, makes us second guess retribution when a hint of remorse is shown.

The production keeps the audience laughing (contrary to the heavy subject matter) with the incredibly strange play within a play and the nonchalant black humour. This light approach highlights the dissonance and helps cut through the sinews of emotional pain. 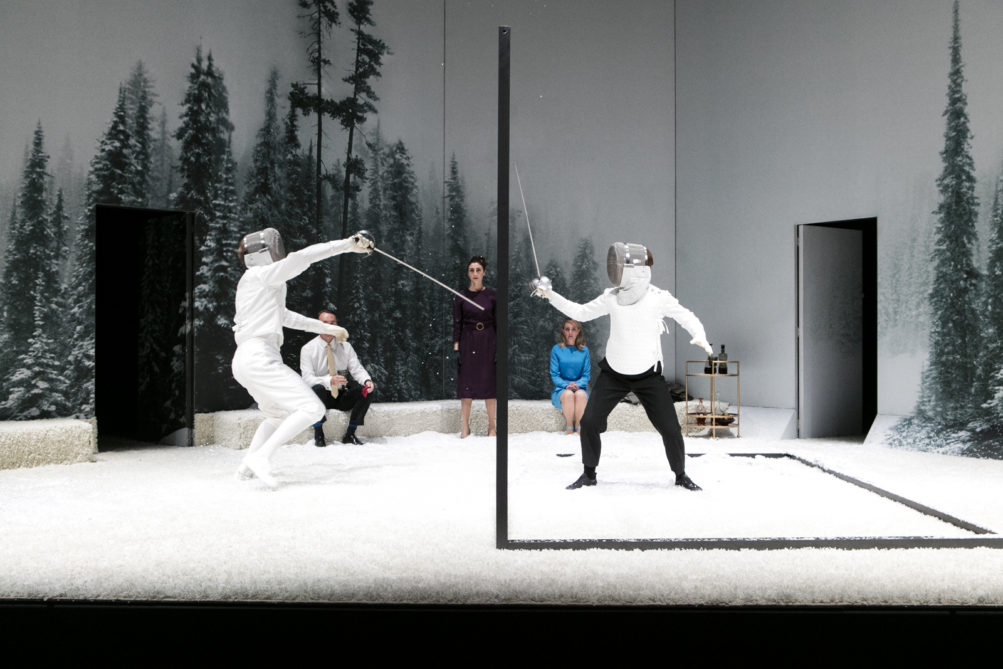 The cerebral appeal of Hamlet forces us to examine ourselves. It is a political epic, a domestic tragedy, and a deep reflection on the nature of humanity.

To see, or not to see? Is not even a question. The extraordinary direction, performance, and thematic content, topped with a sword fight, makes this a must see stage production.