The myth of Faust is a familiar and oft-adapted tale – the old man who sells his soul to the Devil in exchange for a return to youth and a shot at love with a beautiful virgin. Gounod reworked Goethe’s original German play into a full-scale opera in French, which Opera Australia is currently staging.

The opera focuses on what would happen in a world where the Devil rules unchecked and where life is unconstrained by any sense of morality. In the context of 19th century religiosity and romanticism, the somewhat one-dimensional battle between angels and demons, purity and depravity, was a popular theme and the opera was a roaring success. This production hits the refresh button with a healthy, modern dose of self-mocking humour, thus helping the dated, melodramatic work endure into an age in which the concept of sin has been lost and the word ‘fornication’ fallen into misuse.

Shane Placentino expertly revives David McVicar’s Covent Garden production. Both Charles Edwards’ set and Brigitte Reiffenstuel’s costumes create a spectacle of excess, with an aspect of irony. But what really makes the production is Michael Keegan-Dolan’s choreography. The dancing demons in the Cabaret from Hell and the Walpurgis ballet of Act V, which begins classically but soon sheds its’ innocence, capture the decadence and degradation of the diabolical world Faust has descended into. 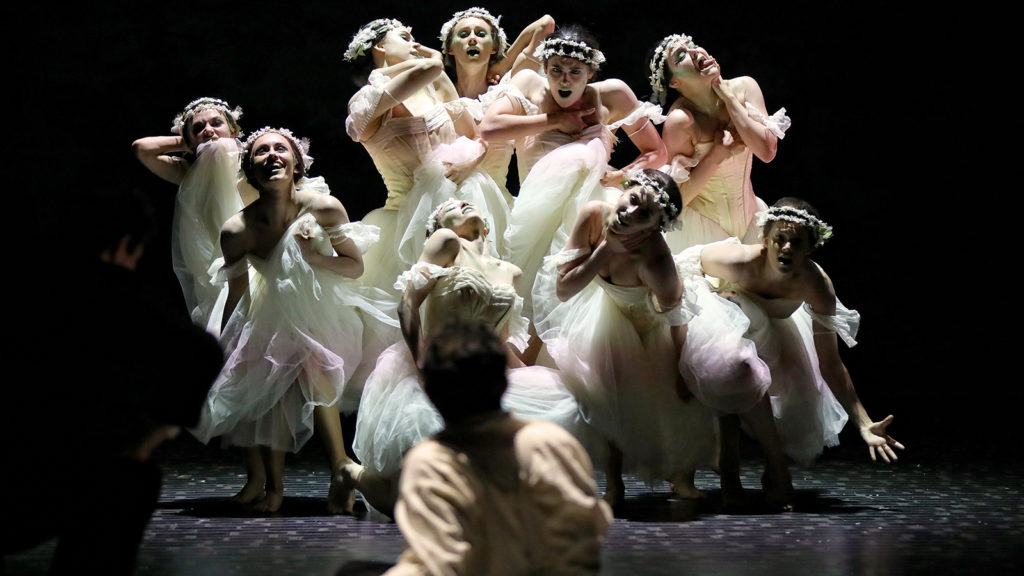 The eponymous character Faust is an underwhelming excuse of a man. It’s neither his vanity nor his weakness which so disappoints, but the fact that after giving in to temptation he doesn’t seem to know how to handle the freedom or take advantage of the limitless opportunities he so richly bought. He fails at wooing the beautiful maiden Marguerite until he is schooled by the Devil. Once he does conquer her, he doesn’t know what to do with her and has to be pushed into her chambers. Worst of all, he then proves to be self unaware and fickle, promptly forsaking the object of his desire, once consumed. Eternal torment for a mere moment’s pleasure.

Gounod gives the title role a couple of arias which show off Ivan Magrì’s radiant vocal skills beautifully, but there really is nothing much the Italian tenor can do to save the hero from the hell of mediocrity written into his character. It is just who Faust is. Small. Gray. Insipid. Having paid such a high price, one would expect a bit more from the bargain. He doesn’t even come out all that young or dashing. Although the opera bears his name, nothing convinces that the whole thing is actually about him.

No indeed, this opera is about Satan, or Méphistophélès as he is called. Faust is all the smaller and grayer for his standing next to the dark prince himself. After all, who could be better looking, more charming, or more confident? And when The All-Maleficent is the towering colossus of a man Teddy Tahu Rhodes, with his booming baritone and a touch of amusing satire, the appeal is irresistible. 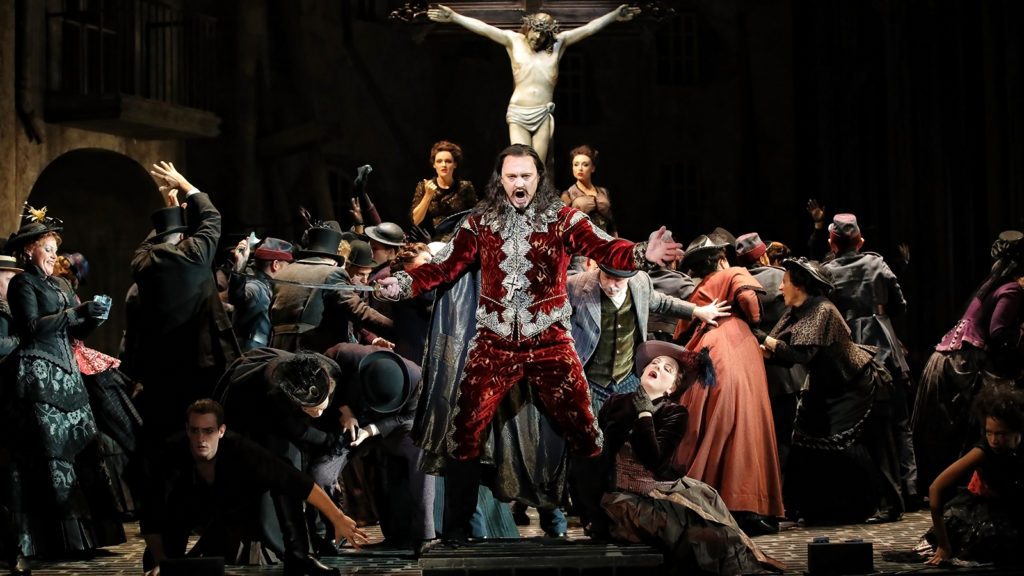 The pure maiden Marguerite is sung with subtlety and control by Russian soprano Irina Lungu. She gives us sublime pianissimos in reflection of her character’s modesty, holding at bay her ample vocal power until just the right moment. Michael Honeymoon shows what a talented actor he is in the role of the protective brother and ‘good Christian’, Valentin. Anna Dowsley plays the adolescent would-be suitor, Siébel, singing with youthful brightness and clarity.

Gounod’s score is full of sweetly melodic, memorable tunes. There are some lovely arias and duets as well as complexly layered trios and quartets. Two very impressive moments employing the Opera Australia chorus en masse – the Soldier’s March of Act IV and the celestial hymn beaming down from the high balconies at the close of Act V – steal the show. Lorenzo Passerini conducts the ever-fine Opera Australia orchestra with energetic expression.

A sentimental, superficial text made magnificent through modern directorial interpreting.

Movies or beach? Open Air Cinemas in Bondi has got both!

War Horse returns to Sydney as a celebrated theatre hero.