If you’re Scottish or know anyone Scottish, you’re probably familiar with Burns Night. If not: it’s held annually on January 25th, where, for the past 150+ years, people gather to celebrate Scotland’s national poet Robert Burns. It’s a traditional night of all the best of Scottish culture. Think: tartan, whisky, bagpipes, whisky, poetry, whisky — and of course, plenty of haggis.

As part of the Year of Scotland in Australia 2020 festival, the Sydney Opera House hosted The Glenturret Burns Night Supper. The Plus Ones donned our finest plaid and followed the tartan-clad guests to the Yallamundi Rooms. It was a once-in-a-lifetime experience combining Scottish and Aboriginal cultures. 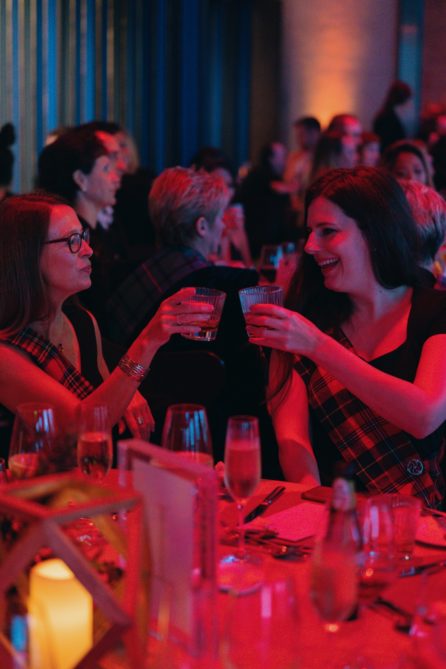 The author (right) with her Scottish +1

The Yallamundi Rooms are on the tip of Bennelong Point, a fitting place to host for the melding of Scottish and First Nations music, food, and merriment — particularly since Burns Night is 25 January and Australia Day is 26 Jan. Everyone wore their best kilts and sashes of tartan, and took their seat at beautifully-decorated tables in front of the stage where all the action took place.

Burns Nights traditionally follow a set format: a bagpipe kicks things off with the Piping of the Haggis, when Robert Burns’ poem ‘Ode to a Haggis’ is performed. (At which point the haggis is dramatically pierced by a big knife.) Halfway through the night, there’s a moment for ‘The Immortal Memory’ — a recounting of how a farmer-poet from the 1700s in countryside Scotland has left an indelible impression on the world, beautifully done by singer Fiona Ross. What was so special about The Glenturret Burns Night Supper was the way Aboriginal Australian culture was interwoven into the entire evening. 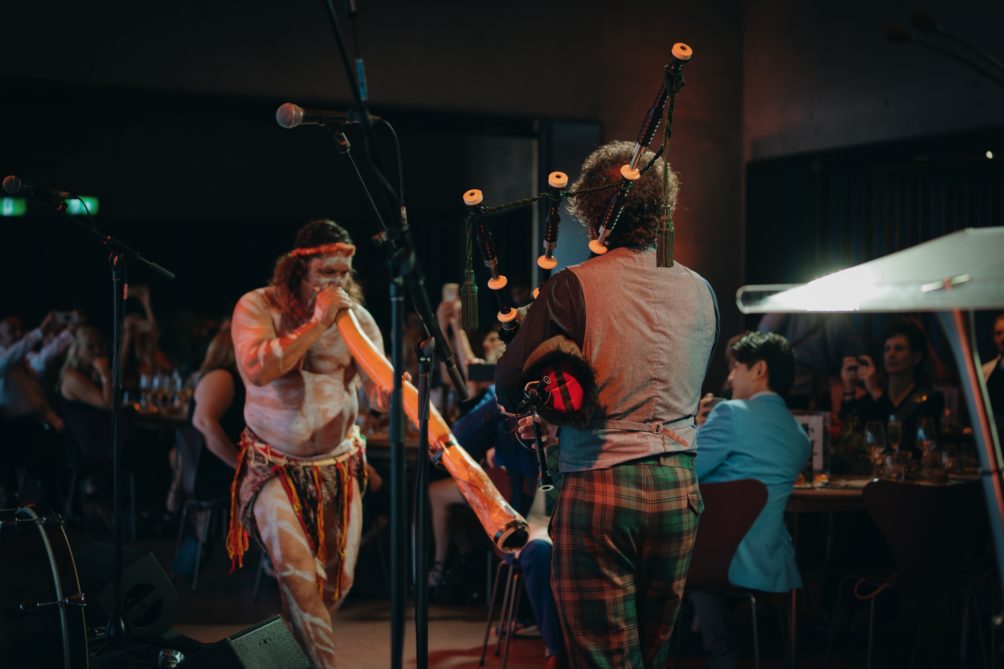 We knew it wasn’t going to be a typical Burns Night from the very start. First, a lone bagpiper began a traditional Scottish tune, the sound of the pipes and drones reverberating throughout the room. From the opposite side came Bundjalung Nation man Clarence Slockee with a didgeridoo/yidaki (alongside dancers from the Jannawi Dance Clan).

Watching and hearing the similarities between the two instruments — the drones of the bagpipe complementing the circular breathing of the yidaki — was astonishing. I’m getting chills all over again thinking about it. 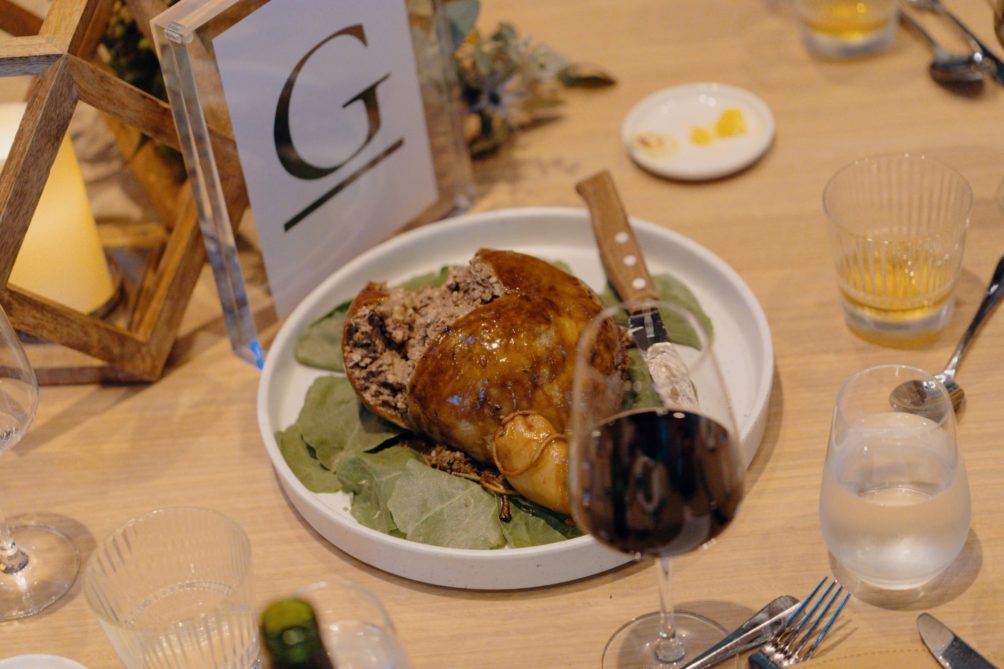 The menu also highlighted native Australian culture. Each dish had something local, from a NSW Davidson plum in the beetroot canape, to saltbush chicken. There were warrigal greens accompanying the Australian Braham beef fillet, plus pickled local mushrooms for the vegetarian beetroot ravioli dish. From Australian finger limes to kangaroo jus gras, the dishes elevated traditional Burns Night fare to something inimitably Australian-Scottish.

And of course, none of this would’ve been complete without Aura wine, James Boag’s/James Squire beer — and lots of The Glenturret whisky for toasts. It was the perfect accompaniment to the traditional haggis (which if you haven’t tried it, is actually incredibly delicious!). 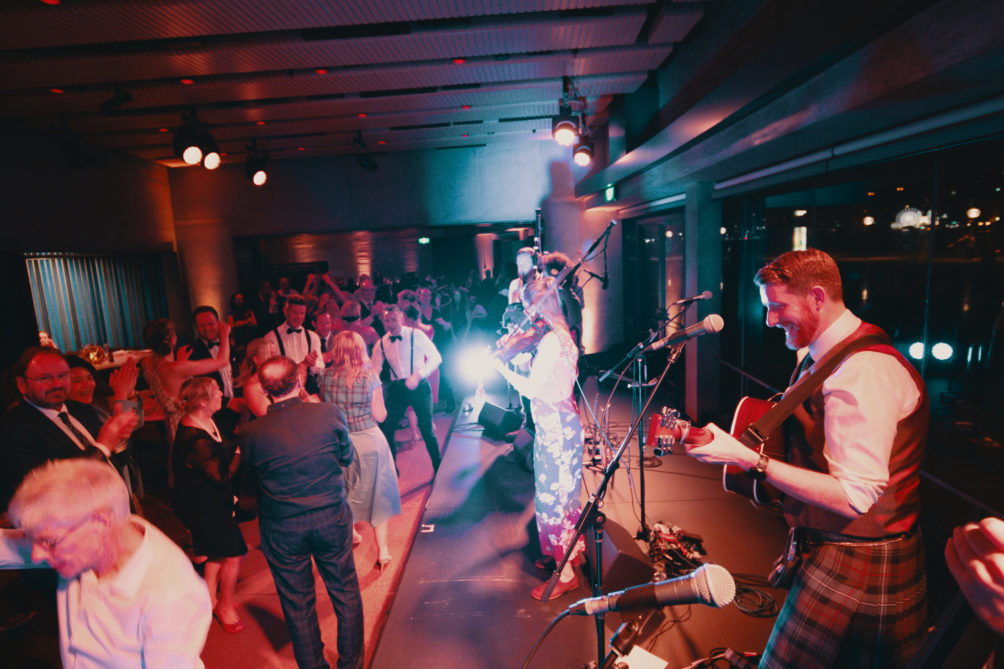 There’s never a dull moment at a Burns Night — and I should know, since I’ve been going to them for almost 20 years, across six cities in four countries. It’s half dinner and half performance. The Glenturret Burns Night Supper was elevated by one of the most famous Scottish lasses in Sydney, musician Mary Kiani. Her broad Glaswegian accent served as the perfect accompaniment to ‘The Selkirk Grace‘, one of Burns’ most famous poems.

There’s also the wonderful ‘Toast To The Lassies’ at each Burns Night, a playful address to the women in Robert Burns’ life (and there were many…so many) and the women in the room — followed by the ‘Reply’. Mary stole the show with her hilarious rebuttal. 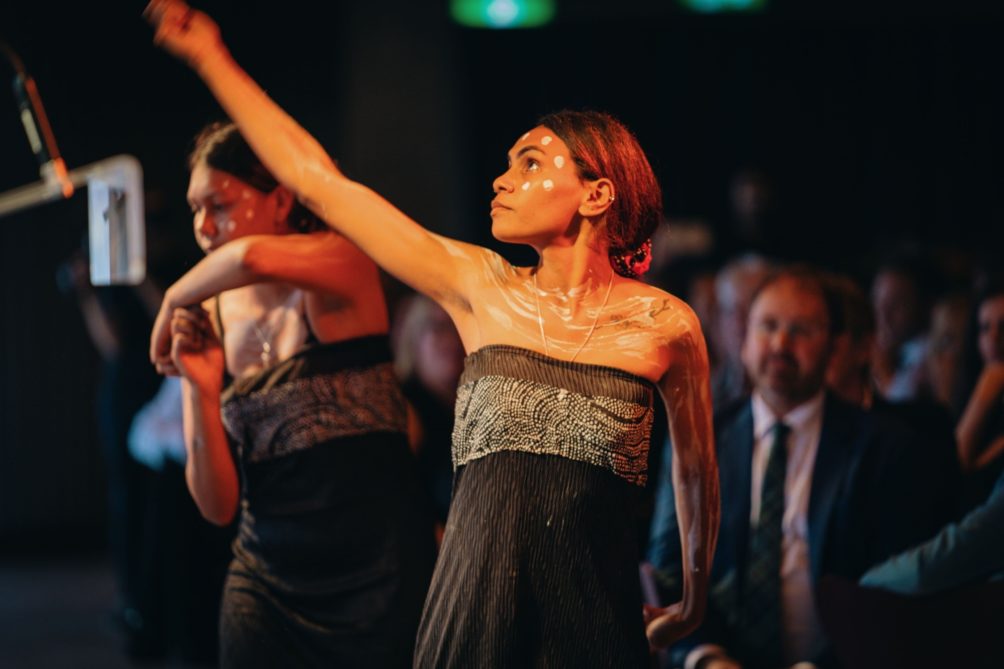 When there weren’t poems and toasts, there was music. Guest artist Eric Avery (of Ngiyampaa, Yuin, Bandjalang and Gumbangirr heritage) is a composer, dancer, and musician. His gorgeous violin playing was accompanied with singing by Mindy Kwanten.

And then came the headlining act of the evening, Breabach. Straight from Scotland, the award-winning band took to the stage at the end of the night and blew everyone out of their seats and in front of the stage. Guests of all ages, from their 20s to their 70s, created an impromptu dance floor. 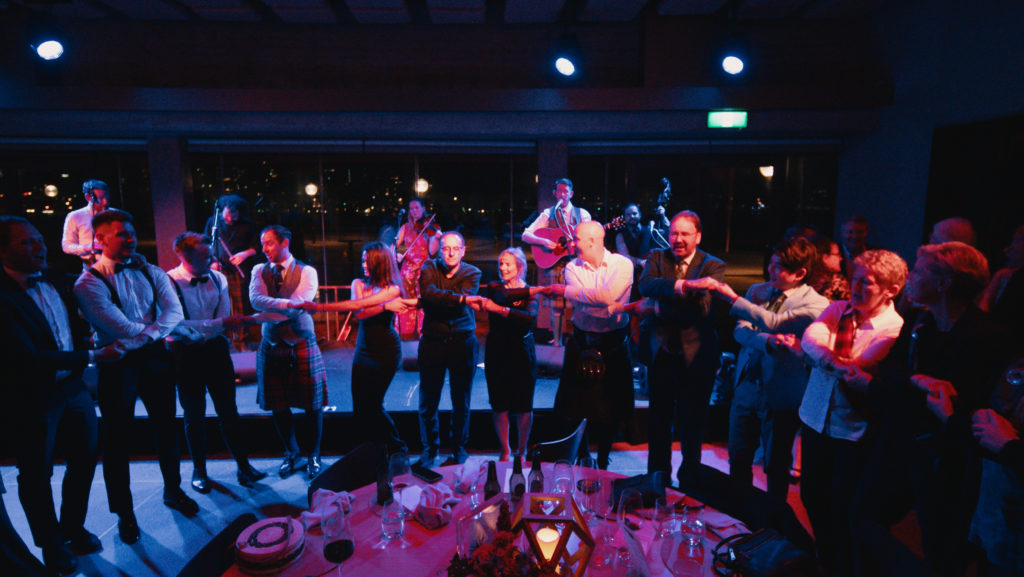 The worst part about attending a Burns Night is that it inevitably comes to an end. But like the rest of the evening, there’s a tradition for that part as well. Close to midnight, everyone made a huge circle around the room as we sang one of the traditional airs Robert Burns made popular — the romantic, the timeless ‘Auld Lang Syne’. Holding hands with my Glasgow-born +1 on one side, a new friend on the other, I knew that this was the most spectacular Burns Night I’ll ever attend in my life.

Thanks go to the Year of Scotland in Australia and Woodfordia teams for the genius idea of combining traditional Scottish and Aboriginal cultures into an unforgettable night — one that will live, I daresay, in immortal memory for all who where there.

– Theresa
Co-founder of The Plus Ones, Theresa is proudly descended from Clan Boyd, and loves to go to ceilidhs.

For more Scottish events throughout the year, visit www.yearofscotlandaustralia2020.com.