Celebrating its 30th anniversary, Bran Nue Dae, is as relevant today as it was at its debut in 1990. I can’t help but reflect on the bushfires, and now floods, and realise that as the title song says we’re all hopefully “on the way to a Bran Nue Day”.

This next instalment of Opera Australia’s dip into the musical theatre pool, under the careful eye of Director Andrew Ross (who directed its debut), has managed to assemble an incredible cast who celebrate their indigenous heritage and for the majority of them their connection to far north Western Australia. 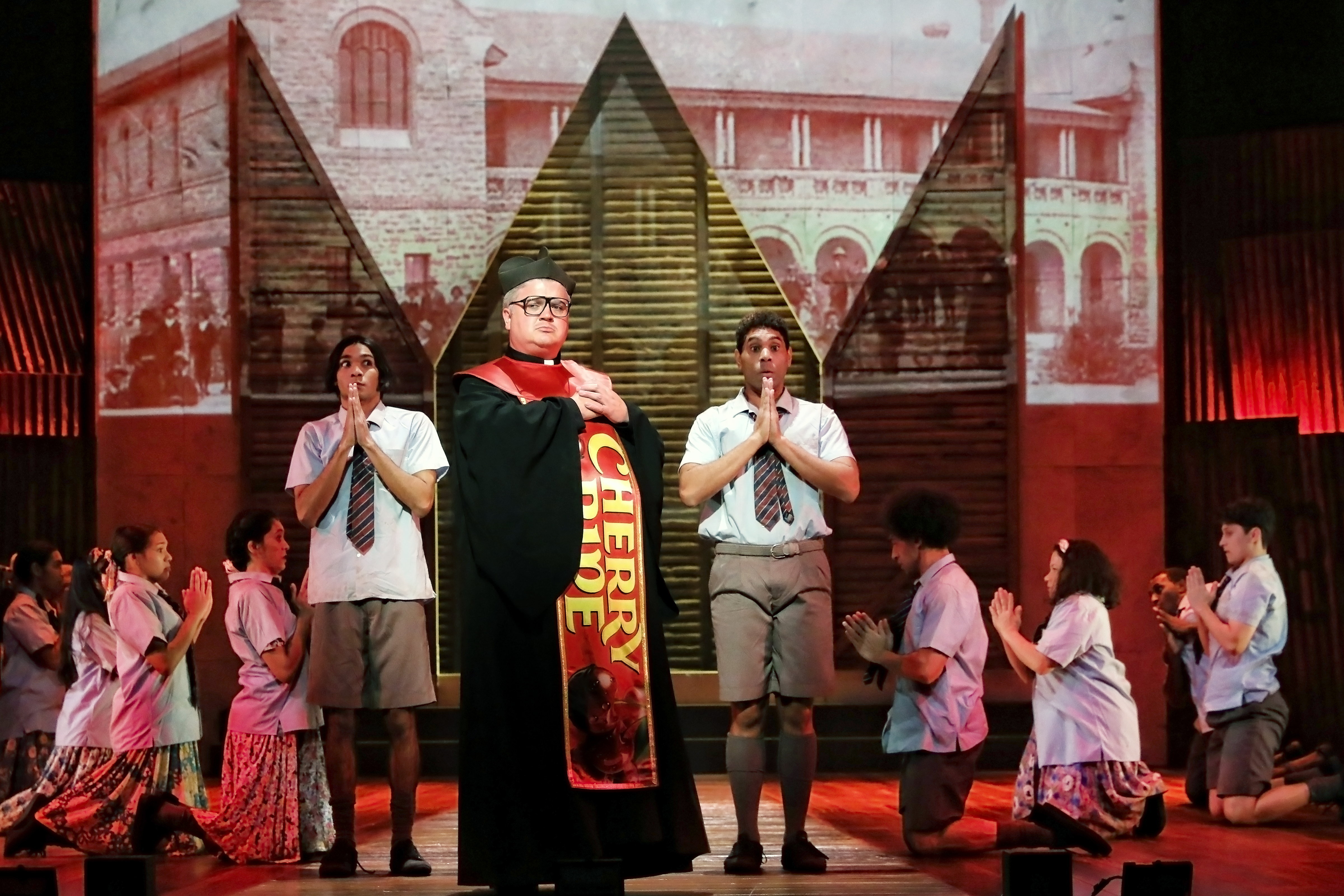 Don’t be fooled by the light-hearted, almost whimsical music written by Jimmy Chi and his band Kuckles, the story highlights the all-too-familiar indigenous experience of being removed from their land, being forced into the ways of the white fella, and the overpowering influences of the missions.

The two main stories, cleverly intertwined, are about Willie, played by Marcus Corowa and Uncle Tadpole played by Ernie Dingo. Willie, having been kicked out of the mission is exploring what it means to be a man while Uncle Tadpole is desperate to return home to his country.

It’s often easy to heap praise on the lead but Marcus Corowa does an incredible job of portraying his character in three different life stages. Marcus effortlessly and soulfully sings his way through the score, mixing English and some of the Western Australian indigenous dialects.

Ernie dingo, not a stranger to stage and screen, reprised the role he played 30 years ago and delivered a raspy Louis Armstrong inspired performance which the audiences loved. 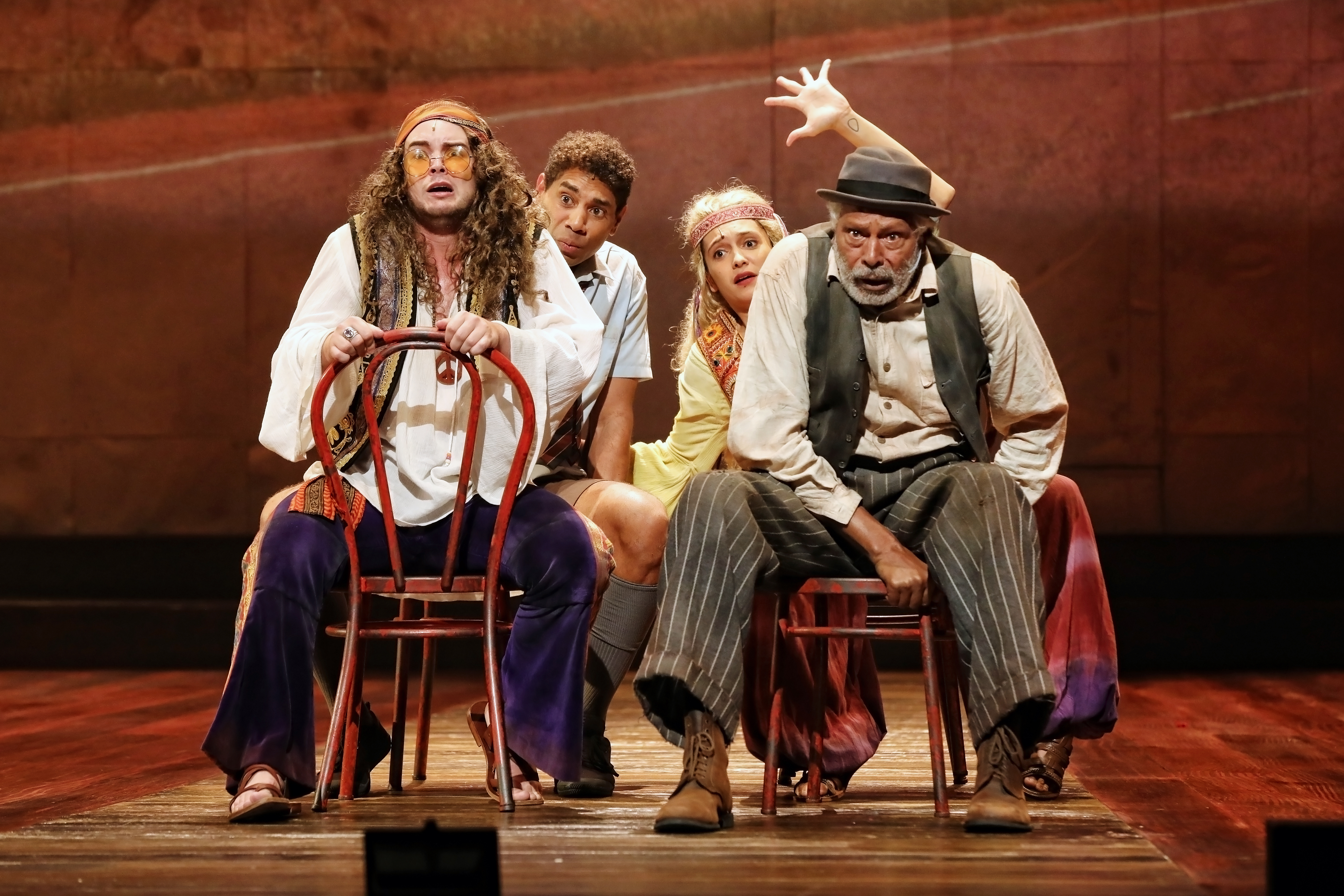 As with every good musical, this show is not short of some comedic relief, delivered by Father Benedictus (Andrew Moran), Marijuana Annie (Danielle Sibosado) and Slippery (Callan Purcell).

It would be remiss of me to not to mention the extremely adaptable ensemble who portrayed many different characters, enriching each scene with their energy and beautiful vocals.

And if that wasn’t enough for one show, the writers also touch on Australia’s involvement in the Vietnam war, the Commonwealth rule, illicit drug use, losing your virginity and the human desire to know where we’ve come from and where we’re going.

Having lived and worked in indigenous communities across Australia and the Torres Strait, I applaud Tara Gower’s choreography which captures the essence of indigenous dance while mixing in 1960’s choreography with a sprinkling of country two step. 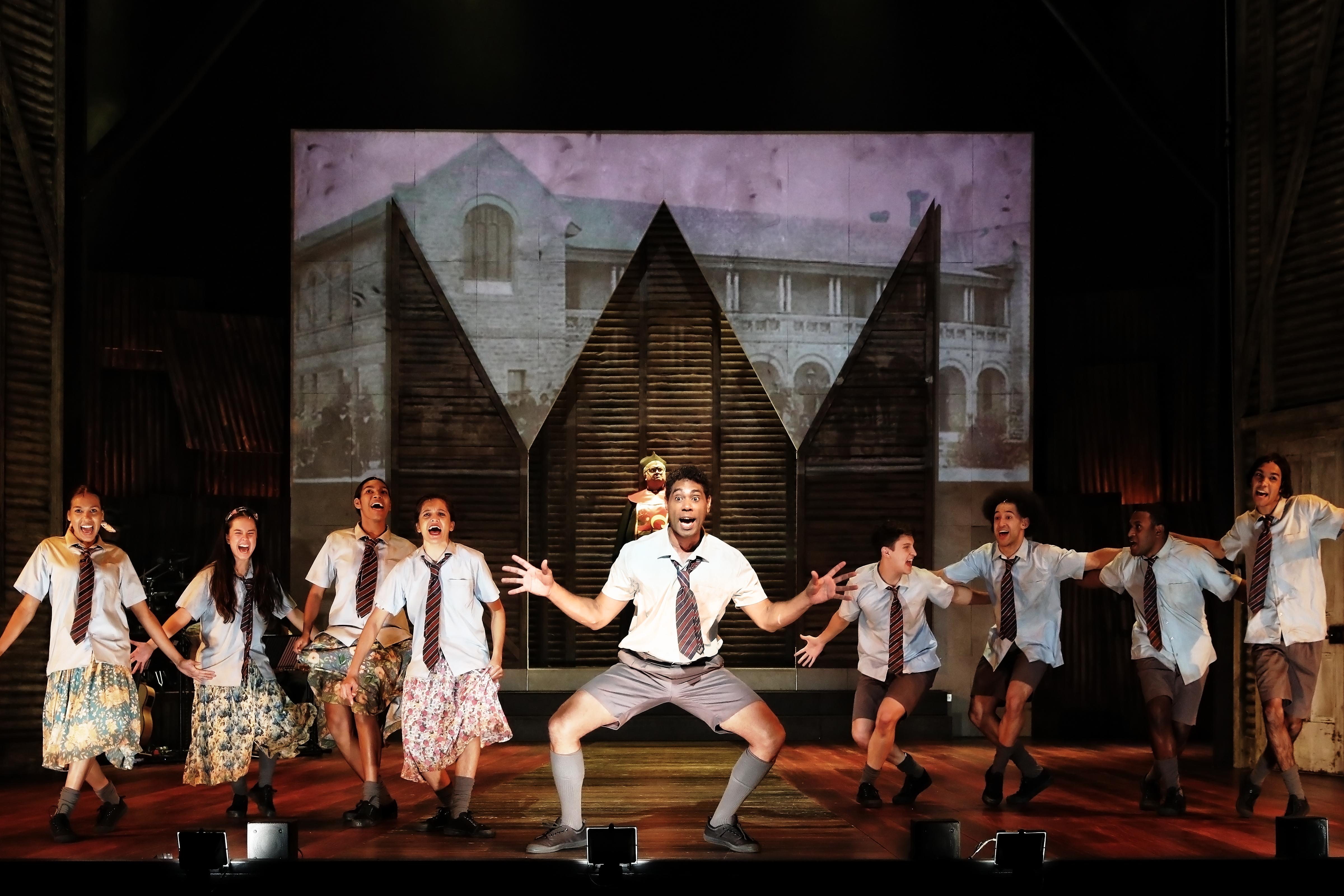 The show rightly opened with Welcome to Country, something I think we need to do more of in the performing arts. Uncle Greg, from the Gadigal Clan, reminded us the we are one mob and sharing our stories is the most powerful thing we have.

Daniel Craig is new to the Sydney Arts scene having most recently lived, worked and performed in London. He has a long history with musical theatre, having been introduced to it by his mother when he was five. When not dabbling in the arts (which rarely ever happens), he works in scientific research and loves to travel the world trying new gin. Follow him on all the socials @talldancraig

Disclosure: The Plus Ones were invited guests of Opera Australia.
Image credit: Prudence Upton