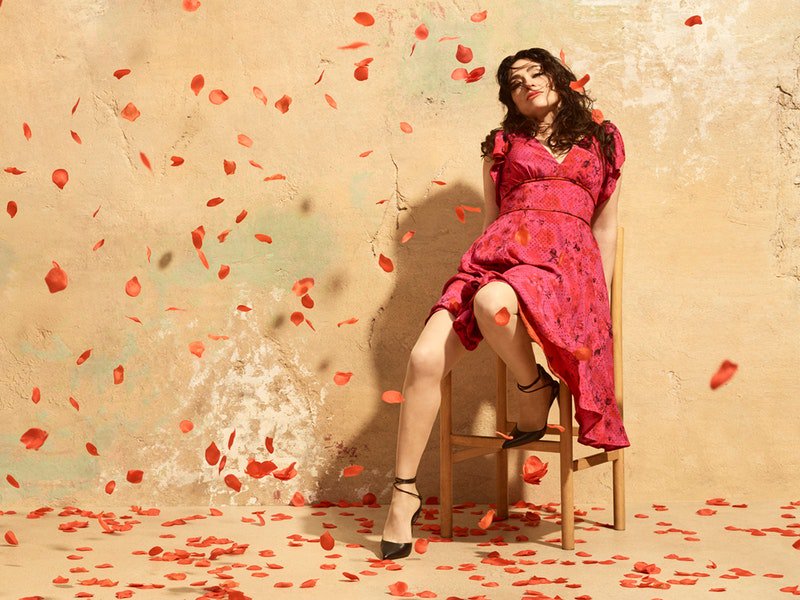 The return of John Bell’s 2016 production of Carmen for Opera Australia is a welcome dose of heat in this summer that has not yet arrived. Bizet’s Carmen, even in its’ traditional form, is a risqué story. As if casual lovers and passionate betrayals were not enough, Bell raises the temperature and the hemlines, trading in 19th century Seville for today’s Havana, and flamenco for a very handsy salsa.

Carmen is a beautiful, magnetic woman and a serial dater, whose flames last no more than six months each. All the world adores Carmen, as she demands, and yet she insists that she only loves those that do not love her. The soldier Don José becomes slavishly infatuated with her, sacrificing all for the hope she dangles in front of him. However Carmen soon loses interest in her conquest and develops a new infatuation with the victorious and celebrated bullfighter Escamillo. Don José grows uncontrollably jealous. Not even the earnest efforts of his sensible and devoted hometown flame Micaëla, and the pull of his dying mother can save Carmen from Don Jose, and Don José from himself.

Michael Scott-Mitchell’s set design takes us to a once grand but now decaying world. There is a central monumental plaza reminiscent of the magnificent crumbling colonial architecture of Cuba. Set against the sun-bleached, washed out stone and peeling walls, Teresa Negroponte’s costumes are a riot of eye-popping colour. An on-stage Kombi van and even a truck complete the scene. 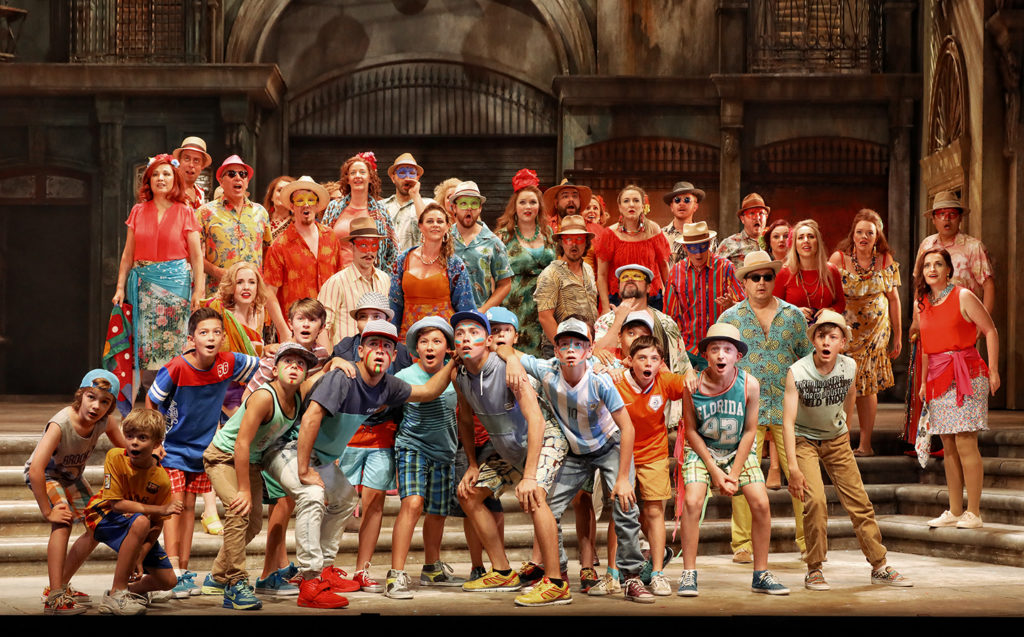 Choreography is given a very prominent role in this production. Amy Campbell’s revival of Kelley Abbey’s original choreography is so close that the difference is barely noticeable. The opening montage of coupled dirty dancers captures disturbing clichés of sexiness with a violent edge, foreshadowing what is to come. The gang of street urchins bursts with boyish delight and energy. At least one of the young frontline breakdancers is recognizable from last season, just taller and even better than before. The boys’ playful antics are impressive and inject a sense of fun into the dark and seamy proceedings.

Roberto Aronica is a good Don José. Quite a few in the opening night audience were inspired to rise to their feet to applaud his performance at the final bows. His tenor has both power and sensitivity. His acting, however, cannot compete with that of last season’s Marcelo Puente, who created a childish, pathetic Jose, smothering Carmen’s shoulders and arms with tiny kisses and burying his face between her breasts in an infantile gesture which betrayed a deep mother-figure complex.

Veronica Simeoni gives us a flirty and defiant Carmen, and a flawless musical performance, but lacks some of the dramatic sultriness and vocal voluptuousness of her predecessor, Rinat Shaham. Having said that, her final bow too drew quite a few audience members to their feet and a number of eager “brava” calls.

Mention must be made of baritone Lukasz Golinski as the macho toreador Escamillo and Claudia Pavone as the purer than pure Micaëla, who each give excellent performances of their big solo numbers.

Even the third time around, this Carmen does not fail to impress and entertain.

Carmen is showing at The Joan Sutherland Theatre, Sydney Opera House, until March 26. Purchase tickets now. The venue is accessible.

Kitchens On Kent At The Langham Hotel – The Plus Ones Sydney

Your Bushfire Assistance Guide – The Masterlist