Black Ties is the best wedding you’ll ever attend, hands down. The tale of a Maori woman marrying an Aboriginal man — and all the drama that ensues between their two families as they adjust to this idea — it’s a rollicking night that will leaving you thinking about Indigenous race relations in between all the laughs.

The show receives its world premiere at the Sydney Town Hall as part of the Sydney Festival, and if its sold-out, waitlist-full ticket sales are anything to go by, it will be touring the globe for years to come.

Having lived for two years in New Zealand, and now a proud dual Australian-American citizen, I jumped at the chance to see the show. Written by John Harvey and Tainui Tukiwaho, and directed by Rachael Maza and Tainui Tukiwaho, it’s a joint production between two Indigenous theatre companies, ILBIJERRI Theatre Company (Australia) and Te Rēhia Theatre (Aotearoa/New Zealand). 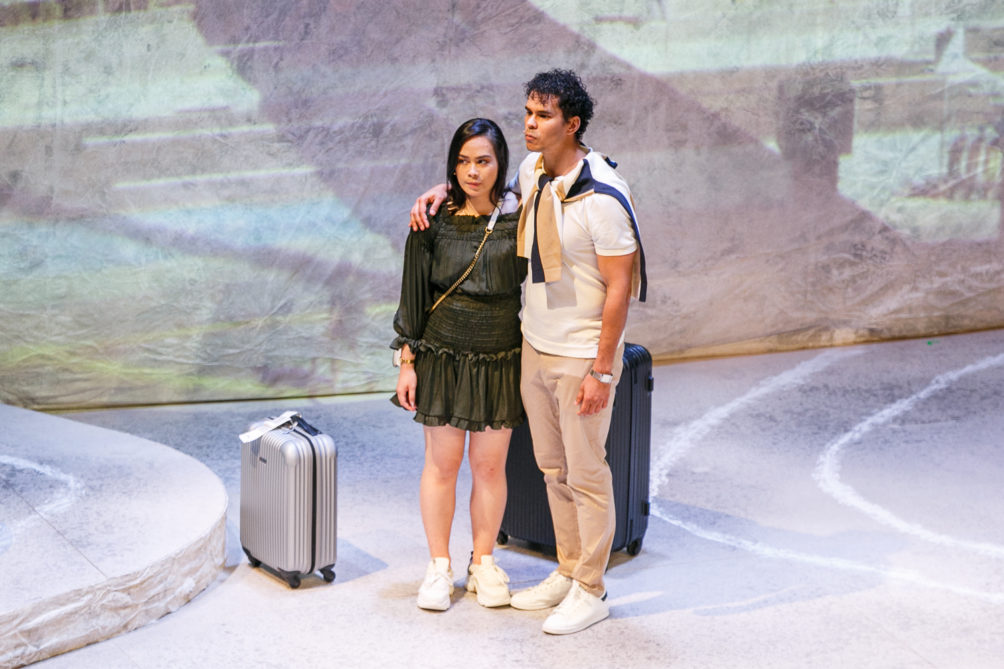 The cast of actors are chock-a-block with some of the leading lights (and up-and-comers) of the indigenous world. For starters, the lovebirds: Māori woman Hera (Tuakoi Ohia), and Aboriginal man Kane (Mark Coles Smith). Their chemistry is undeniable, which is of paramount importance since it’s around their love that the entire story hinges. They’re the ones getting married, and they’re the ones with who have to win over one another’s families.

Their respective families are rowdy bunches, with strong matriarchs running the show on either side of the Ditch. Lana Garland (Hera’s mum, Sylvia) and Lisa Maza (Kane’s mum, Ruth) are pitch-perfect in their ability to showcase strong emotions and beliefs stemming from centuries of colonialism. 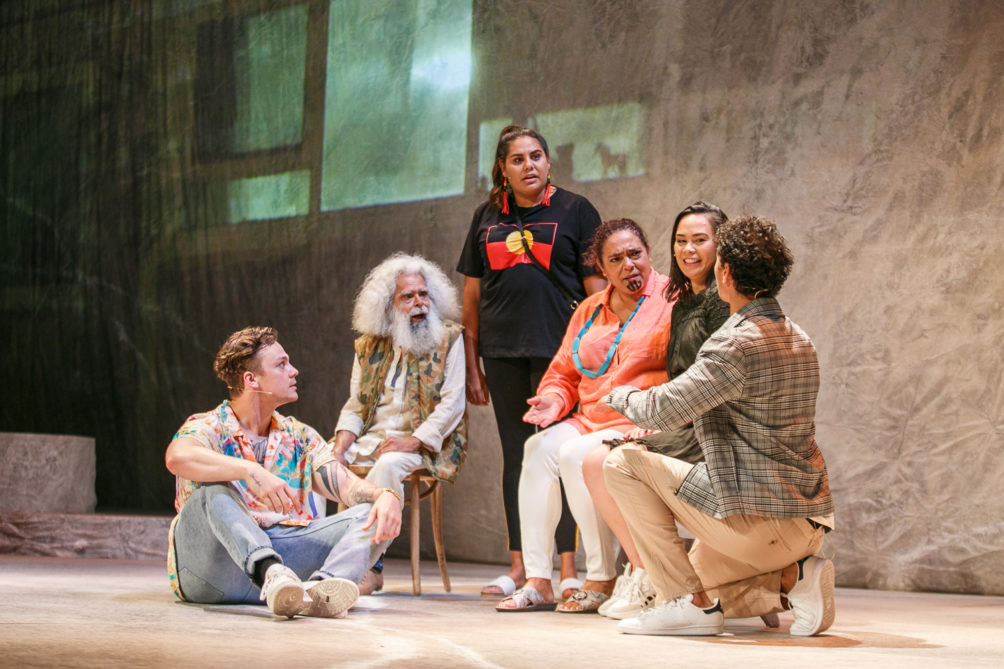 Kane’s family includes his foster brother, sister (Dalara Williams as Aletha), and his uncle (Uncle Jack Charles, whose comedic timing in the second act is so impeccable I’m still giggling about it). Hera’s family consists of her sister, estranged father (director Tainui Tukiwaho, in a standout performance), and best friend (the hilarious Brady Peeti). Then add in brothers-in-law, boyfriends, and musicians — who are cleverly used first for on-stage musical interludes, then woven into the story. Each character is so distinctly separate, their storylines and motivations so clear, that the plot is never hard to follow — even when they’re all speaking over each other, just like a real family.

Part of the magic of Black Ties is that is feels so relatable, regardless of culture. There’s jealousy and love, distrust and friendship. But what the show does so well is showcase what’s not universal. The specific travails of being Aboriginal in modern-day Australia, or Maori in Aotearoa (and Australia), is delved into. Dealing with absent fathers, cultural maintenance, and racial stereotypes, both towards themselves and between each other — all these tough topics are masterfully showcased. It’s not all lighthearted comedy — although there’s plenty of that in spades. 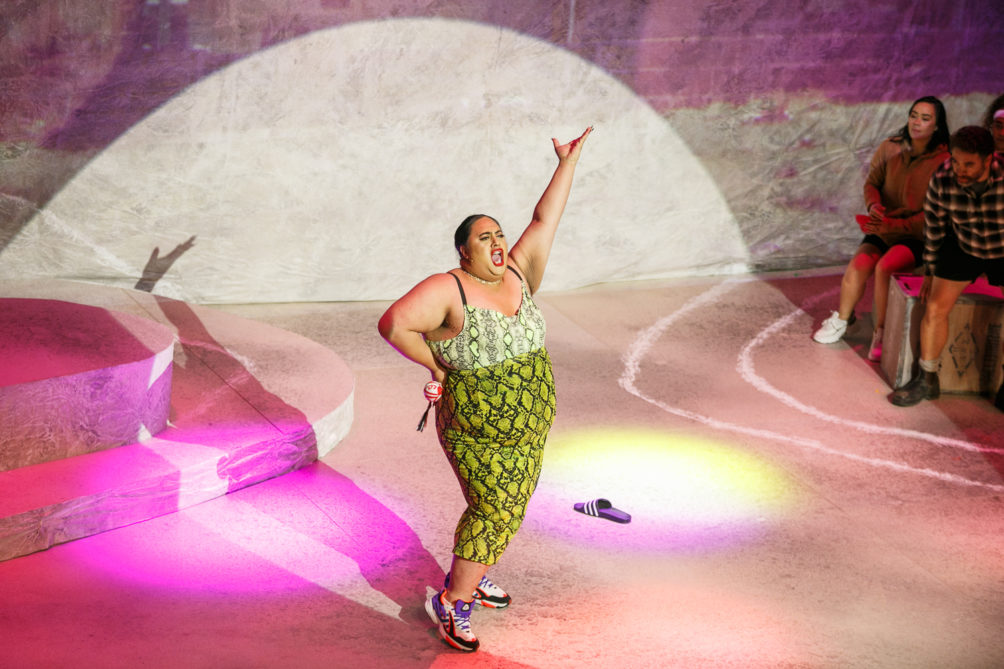 You can tell set designer Jacob Nash must’ve had fun with this production. In the opening act, the spare stage is enlivened with multi-story action thanks to a raised platform, which becomes tops of cliffs and Melbourne rooftops. The standout of the show’s design, though, is the use of projections. To move between scenes in the first act, we’re shown clips of Melbourne, of the East Cape of New Zealand. There are even adorable moments of texting and video calling. It’s like nothing myself nor my +1 (a devotee of Sydney Theatre Company) have ever seen, and we loved it.

And as for the second act, well: SURPRISE! That’s all I’m going to say. You’ll experience one of those magical moments that leave you stunned and delighted, wide-eyed and grinning. 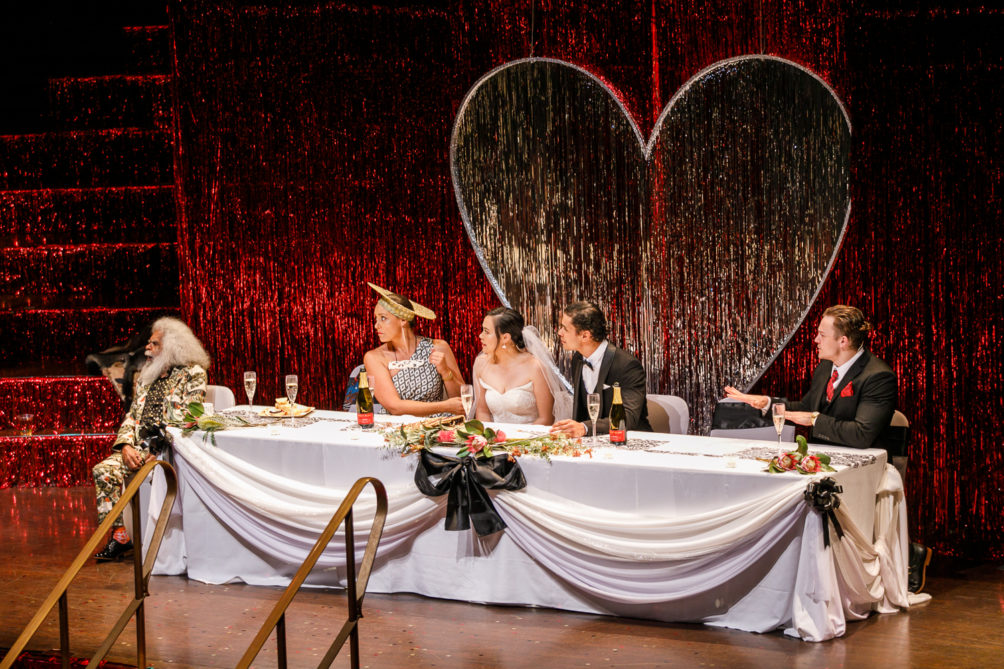 You can tell the care and cultural consideration that’s gone into creating the production. From in-jokes that only Kiwis and Aussies will get, to the universal themes of young people being in love, Black Ties encompasses it all. You’re left with both a happy ending and food for thought.

This production is destined to become one of the classics of Antipodean theatre, to be performed for decades to come.

Catch it whenever you can.

– Theresa
Co-founder of The Plus Ones, Theresa wishes all weddings could be as good as Black Ties‘. Follow her on Instagram.

Disclosure: The Plus Ones were invited guests of the Sydney Festival.
Image credit: Luke MacKinnon, Yaya Stempler.

Your Bushfire Assistance Guide – The Masterlist