If you’re looking for that no-fuss New Years Eve gig — we’ve found it for you. But get in quick, tickets are selling fast. 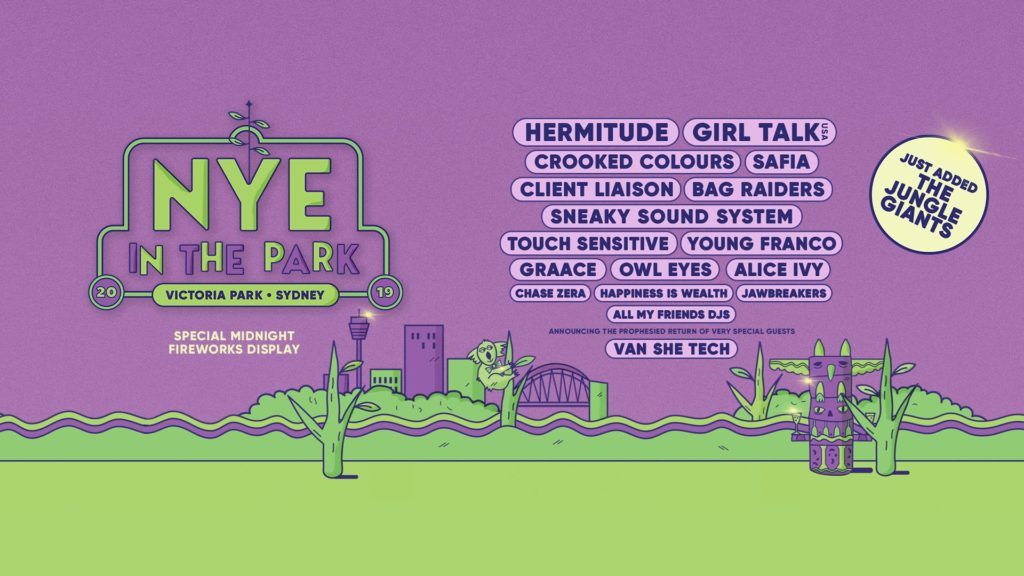 NYE in the Park is Australia’s biggest New Year’s Eve Festival. Now in its third year, it dubs itself the “Best. New Year’s. Ever”, and it’s easy to see why — every year boasts a solid lineup.

Local legends Hermitude will be counting down to midnight before master of the mix Girl Talk (US) takes over with his signature blend of new hits and crowd pleasers, while surprise addition indie pop favourites The Jungle Giants will hit the main stage later in the eve.

and welcoming the return of very special guests

NYE in the Park is a mere stroll from the many surrounding train stations and bus routes. Following last year’s sold out event, organisers will continue their mission to provide a fuss-free, affordable and fun-filled festival environment, all ending in a crescendo of the festival’s own curated fireworks – the backdrop to its three festival stages.

Final Release tickets are limited, so get yours before they sell out.