Billy Elliot The Musical takes you on a riveting journey of a young boy growing up in a conservative mining town in Northern England during the 1980s. Billy’s dream is to become a ballet dancer — but will he be able to?

Imagine being 12 years old and getting cast as the main character in Billy Elliot The Musical. That dream has come to life for four lucky young boys, all taking turns playing the eponymous role during the show’s 10-year anniversary tour of Australia. The Plus Ones were invited to the premiere at the Sydney Lyric Theatre and were blown away by the production. 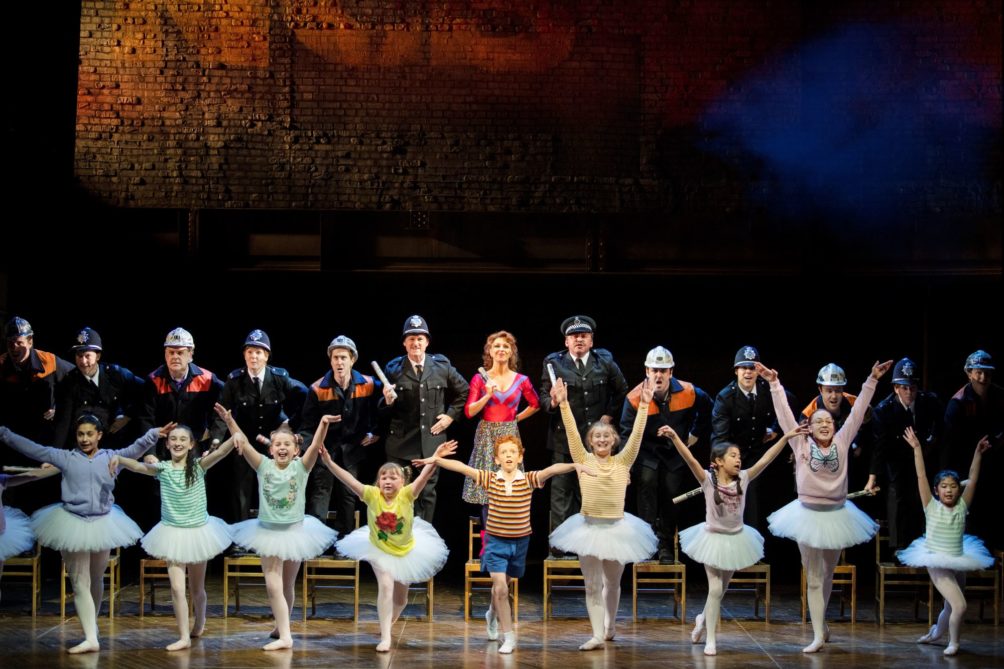 Sir Elton John fell in love with the film Billy Elliot after seeing it in 2000 at the Cannes Film Festival.  He eventually convinced the film’s owners to allow him to work on a stage production — then wrote the music. Resident Director Jacinta John and Resident Choreographer Danielle Bilios (based off original Choreographer Peter Darling), along with Musical Director Michale Azzopardi, translate the film into a glorious stage production.

The plot follows the eponymous Billy Elliot as he grows up in a mining town in Northern England. Set in 1984, the backdrop of the musical revolves around the miner’s strike. Don’t worry if you a) haven’t seen the film since it came out, like me; b) haven’t ever seen the movie, like my +1. The opening scene shows real footage from the 1984-85 miner’s strike, which came about after Margaret Thatcher’s government attempted to privatise and close most of the mines in the U.K. The miners went on strike for a year, police were sent in, riots happened — all of this is the background to young Billy Elliot’s life. 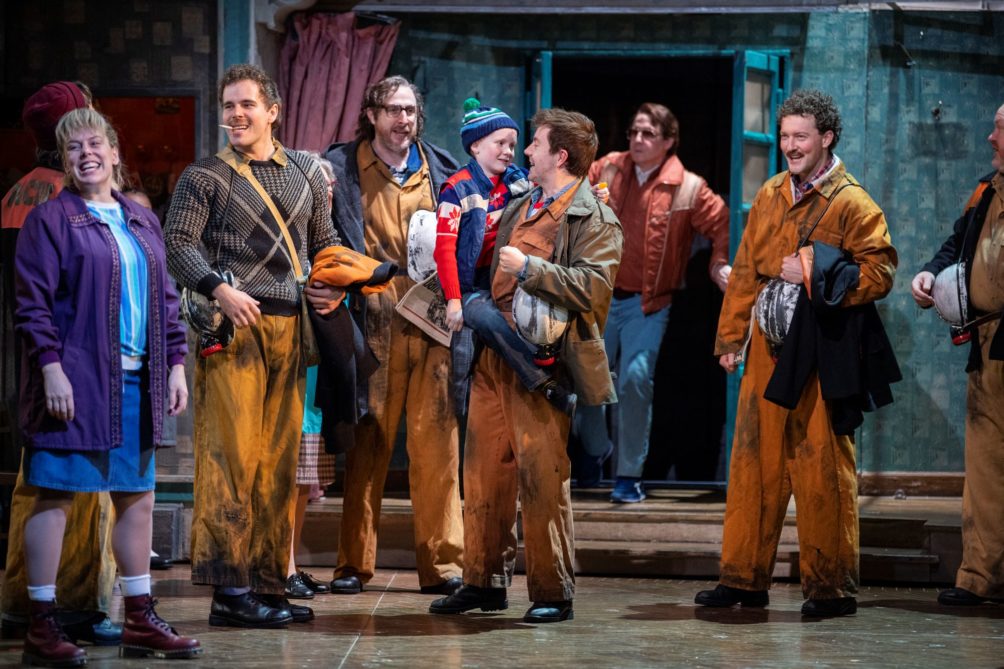 Played by Jamie Rogers the night of the Sydney premiere, young Billy Elliot is a tour de force. He sings, he dances, he dances some more — and he does it all with a Geordie (Northern English) accent. It’s an astonishing performance that will see Rogers — and his three counterparts who also play the role — no doubt launch into amazing careers throughout their lives.

The show is at times heart-warming, funny, frightening, audacious — and it never lets up. The three hours (including interval) go by in a flash, as the show careens from show-stopping dancing to sadness to comedy. There’s even a Margaret Thatcher puppet at one point. The emotional journey the audience goes on is as well-paced as the plot. 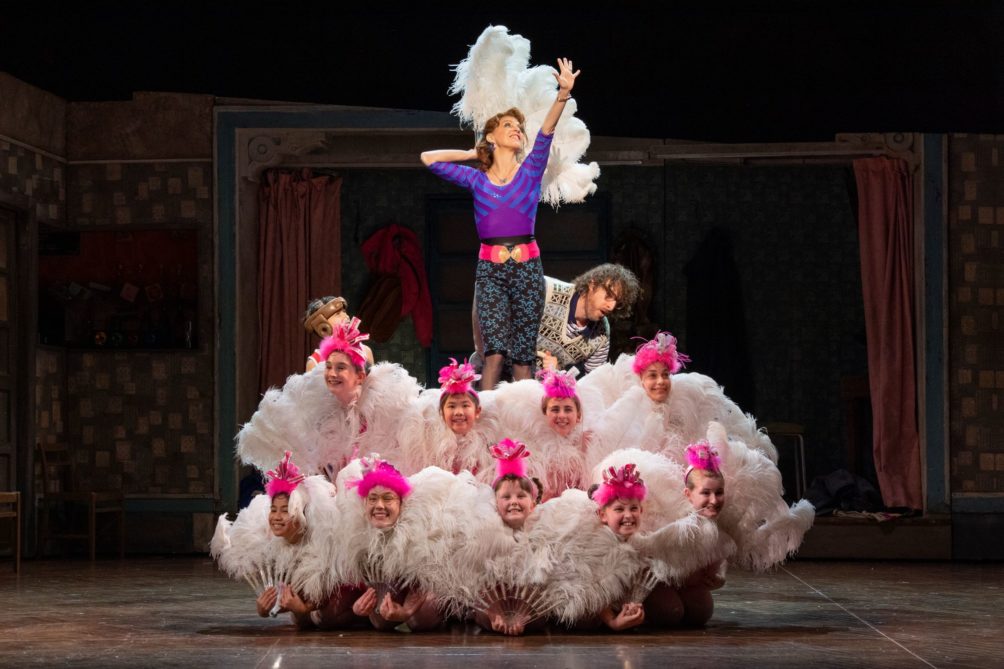 Billy’s mother is dead; he lives with his father (played by Justin Smith), much older brother Tony (Drew Livingston), and grandmother (Vivien Davies), who has dementia. His days are taken up with traditional masculine pursuits like boxing classes, against which he chafes. It’s only when he discovers the ballet classes run by Mrs. Wilkinson (Kelley Abbey) that he’s able to find something he actually loves doing.

But it’s the 1980s, in the U.K., in a conservative mining village. A young boy dancing? That’s out of the question for Billy’s father. It’s also out of the question for many people today. After it emerged that 6-year-old Prince George is taking ballet classes, a prominent talkshow host mocked the idea. After an outcry, she apologised — and interviewed three prominent male ballerinas, who said how hard it’s been for them to push back against the toxic masculinity that says men shouldn’t dance.

Watching Billy learn to dance is exhilarating — and one of the best scenes is a beautiful moment of Billy dancing, shadowed by his older self (Aaron Smyth). Seeing the boy vs. the man, and all that Billy can and will be able to do with his body, is a beautiful moment that will stay with you. 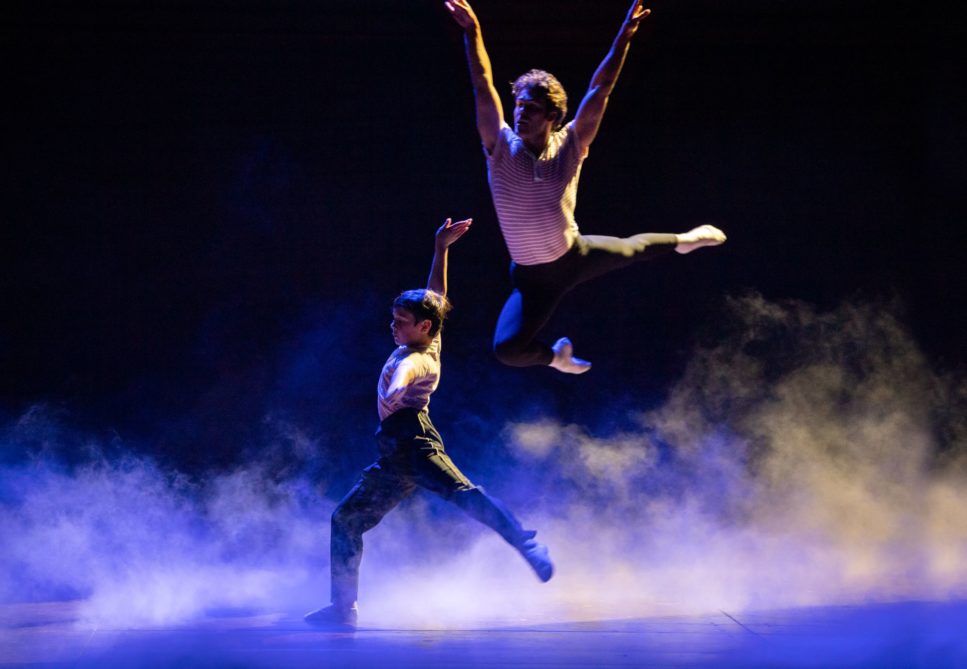 Another beautiful moment comes from Billy’s father in a moving song with his fellow miners. (The cast of large, burly men — who are not only able to dance, but tap dance — must have been fun to put together by Casting Director Lynne Ruthven). ‘Deep Into The Ground’ is a simple melody, sung by feeling, with stunning harmonies from the male cast. There’s a lot of that in the music — showcasing lovely, touching moments, like when Billy’s grandmother reminisces to him about past regrets and loves, dancing through the decades with different male dancers.

But the best relationships are those Billy shares with ballet teacher Mrs. Wilkinson and his best friend Michael (James Sonnemann). The maternal figure teaches him and gives him the kick he needs to pursue his dreams, knowing she’ll be staying and he’ll be going. Similarly, Michael is likely staying in the town, which is a cause for worry as we see him acting in a flamboyant gay manner and dressing up in his mother’s dresses. We know Billy will leave, and succeed — but for those like Michael, who have to stay, we can only but hope that if the miners can get past a boy dancing, they can also get past a boy liking other boys. (Maybe he’ll have a Kinky Boots type future.) 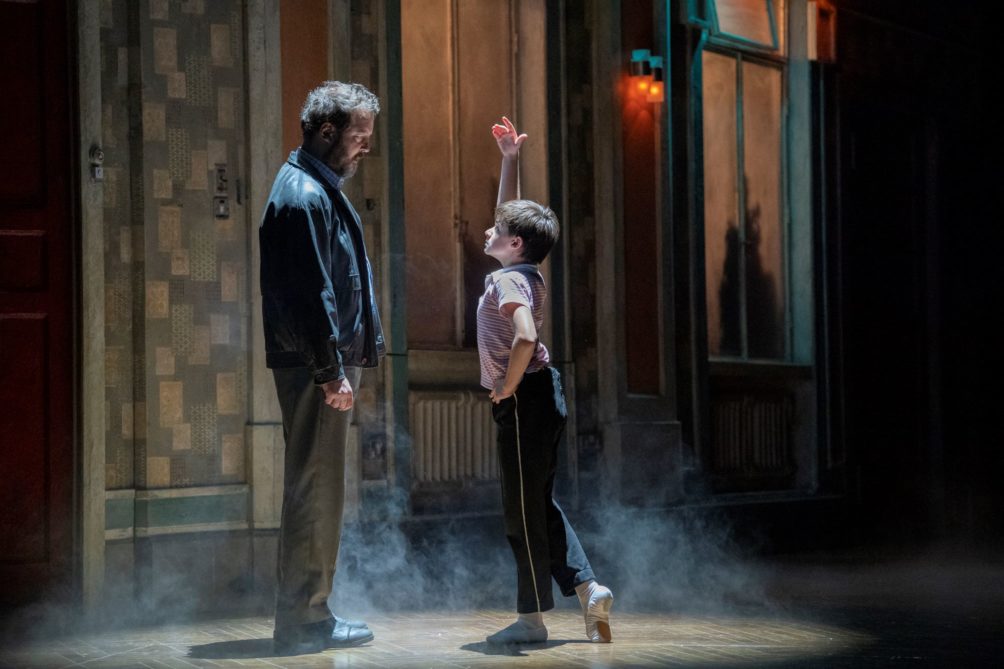 There are moments where you’re happy we’ve come so far since the 1980s (the irony of celebrating people who were trying to mine coal, which helped get us to the climate change catastrophe we’re in, isn’t lost on this viewer) — but the universal themes are still the same. Little boys still get looked down for dancing. Families still struggle over money and jobs and politics. Some people leave and some stay.

Billy Elliot manages to masterfully marry gorgeous singing and dancing into a rollicking  show that you will be discussing for weeks to come. Make sure to see it while it’s in Sydney —  and tell your friends who live in cities where it will be travelling in 2020. Billy Elliot The Musical is not to be missed.

– Theresa
Co-founder of The Plus Ones, Theresa has been listening non-stop to the original cast recording non-stop since she saw the show. Follow her on Instagram.

Disclosure: The Plus Ones were invited by Lucky Star Media.
Image credit: James D. Morgan.

How a Trip to China Can Stimulate Development

New Holes & Bottomless Brunch At Holey Moley – The Plus Ones Sydney