Stride in covertly. Sneak down in style. Look carefully around before you knock in to a night of glamour. It’s all part of Sydney NIGHT OUT Reimagined, put on by the team at EPIC events.

Like the password speakeasies of 1920s America, we were checked into Pelicano, Double Bay by a personal concierge who greeted us by name, a gesture of the ‘coded knock’. It was this sort of exclusive welcome that conjured up the night full of secrets yet to unfold. 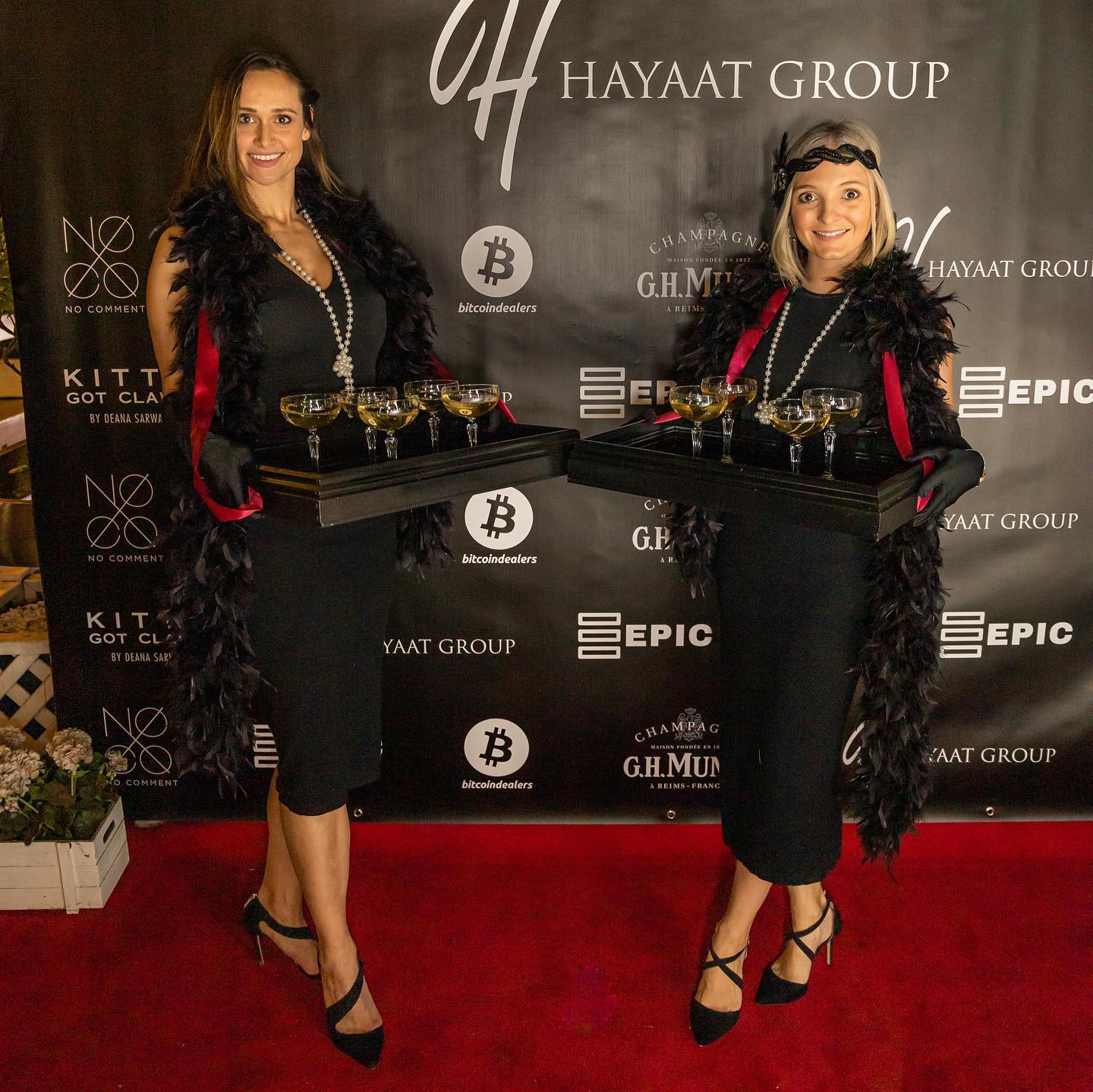 Before we even took our seats, two flapper-style ladies welcomed us with champagne, classically served in coupe glasses (no flutes!) from usherette trays. From here on, inhibitions were left at the door along with the much-ballyhooed codes of conduct (no flirting, no hooting!).

We descended down the stairs feeling like elite members shaking a tail feather, on the lookout for those Anti-saloon League chaps. The room, charmingly vintage, bedecked in the classic decadence of the 20s, sets the tune for everything yet to come. Aureate dim lights over a champagne tower — extravagant enough?

An hour of bottomless cocktails followed and flowed as suspender-clad, tuxedoed barkeeps slinged one expertly-crafted potion after another. 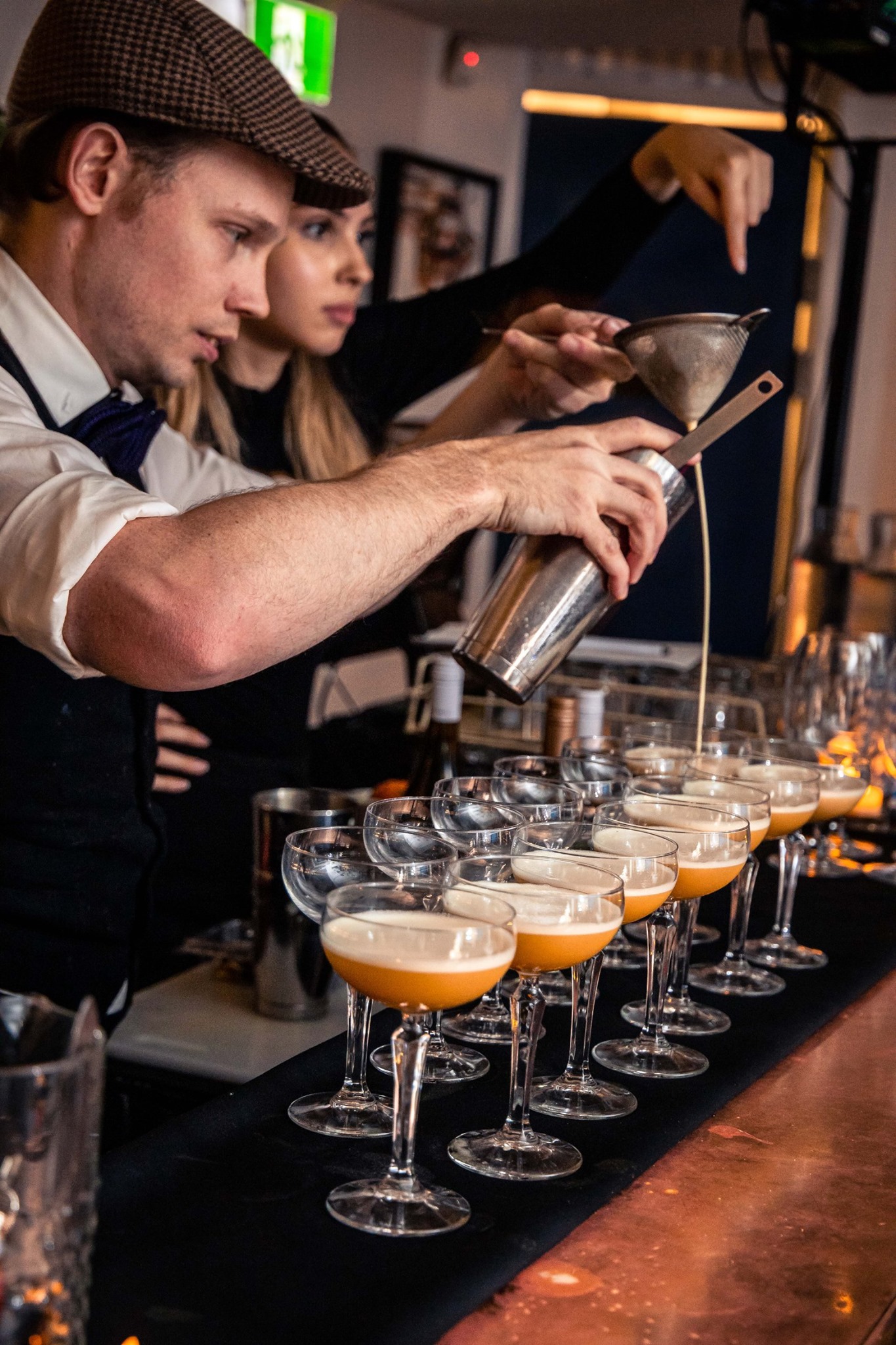 The talented combination of pianist Rodric White and singer Bronte Pearson sealed the mood at epic heights with their opening song ‘Anything Goes’ by Cole Porter. It’s worth noting that many of the song lyrics feature humorous references to various figures of scandal and gossip in Depression-era high society — a smart pick a night that is nothing short of high.

The sonic journey continued through a travelogue of jazz luminaries played masterfully in unmistakable delight. 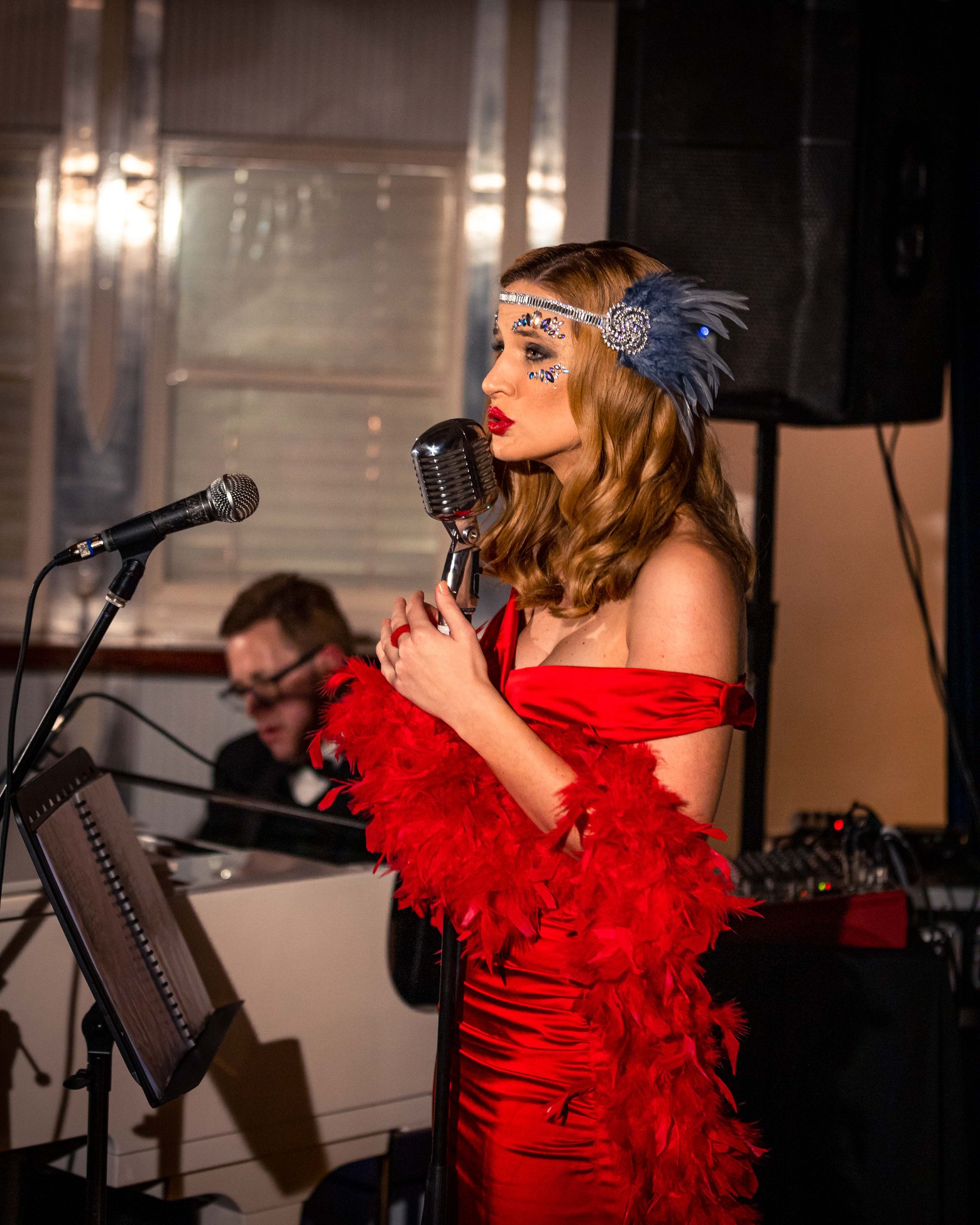 And just when we thought this was already a luxe-overload, the five course meal projected us into a gastronomical dimension beyond what we had imagined.  An entrée of oysters on yuzu vinaigrette alongside a kingfish ceviche tart was a memorable burst of umami.

Salmon in warm buttermilk with parsley oil gave a nice melange of creaminess and acidity before the last savoury course of spiced lamb with fennel in veal jus. Did I just see you face-palm for having missed this? 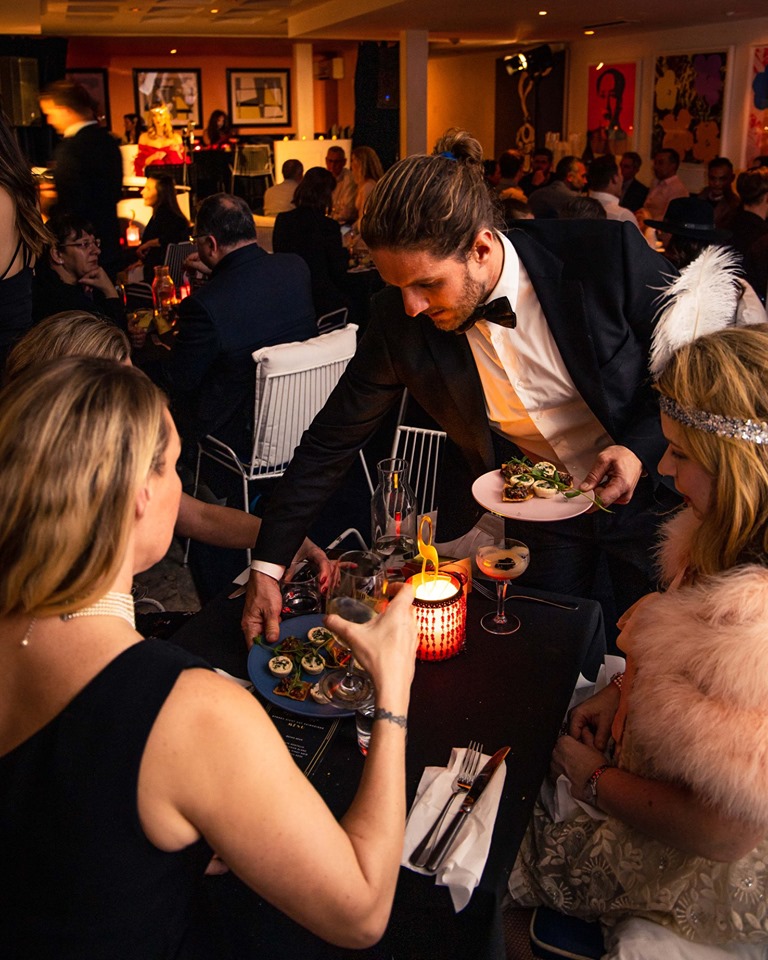 As the closing song ‘Dream a Little Dream’ drew in even more nostalgia over us, the party had immersed us deep into the era, making it hard to leave our most beloved cloak-and-dagger den. At the door, we looked left and right, scanning the neighborhood for any patrol officers.

After all, Sydney’s nightlife and 1920s prohibition ain’t too dissimilar. Or are they? Perhaps we should leave such discussion for modern-day Roosevelts… 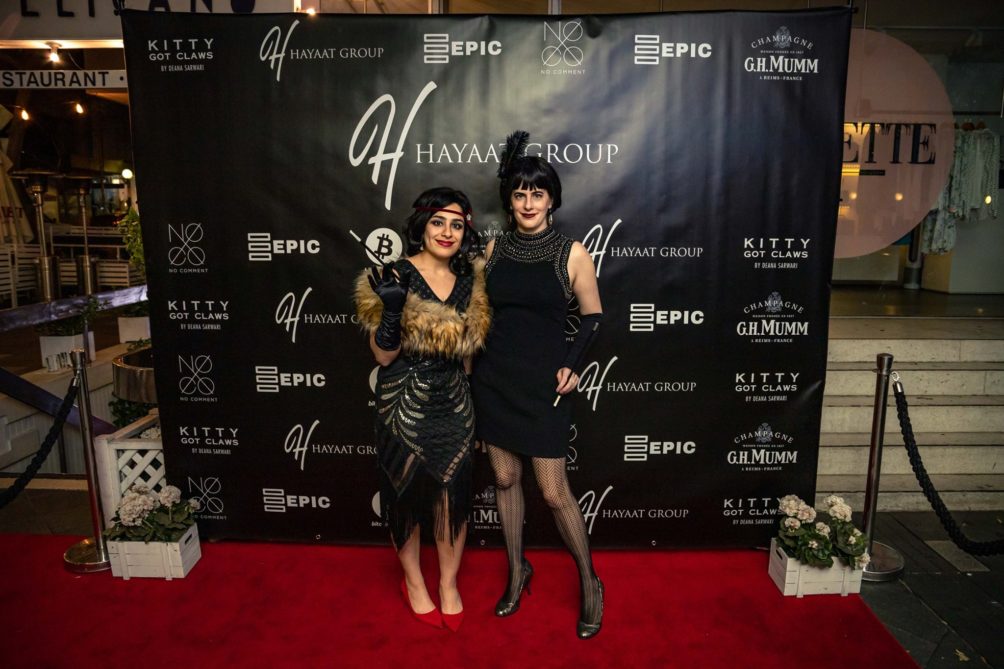 The author and The Plus Ones’ co-founder, Theresa Winters

The rest of us here are left to feel lucky, for that 86 years on the powerhouse teams behind EPIC Events and Pelicano still make it possible to relive the grandeur of a decade. They truly captured the best of its retro elegance.

This was the sort of night that never quite comes to a wrap. It kept on roaring, as tunes of ‘All That Jazz’ replayed in the distant background.

Hey Jay Gatsby, there is no Daisy — but we’re here!

– Sara
Sara Haddad is an avid reader of classic literature who lately immersed herself in the history of America’s prohibition. Don’t ask her about the 18th amendment unless you have enough time.

Sydney NIGHT OUT Reimagined was organized by EPIC events at Pelicano, Double Bay.

Disclosure: The Plus Ones were invited guests of EPIC events.
Image credit: Paul Golbach.

VIN Diemen – a Tasmanian wine festival pops up in Sydney