Multi-platinum singer-songwriter Hozier took Sydney to church with his particular brand of soaring soul and blues in his Opera House debut. His hybrid style found its home in the towering ceilings of the Sydney Opera House’s epic concert hall. Creating an almost religious experience to the music-lovers in attendance.

Born Andrew Hozier-Byrne, this is the Irish blues-rock singer second time performing in Sydney, following a sold-out tour in 2015.

Initially, we were all seated, no doubt intimidated by the powerful performances on stage, until after the third song, when Hozier invited us all up onto our feet to sing along. 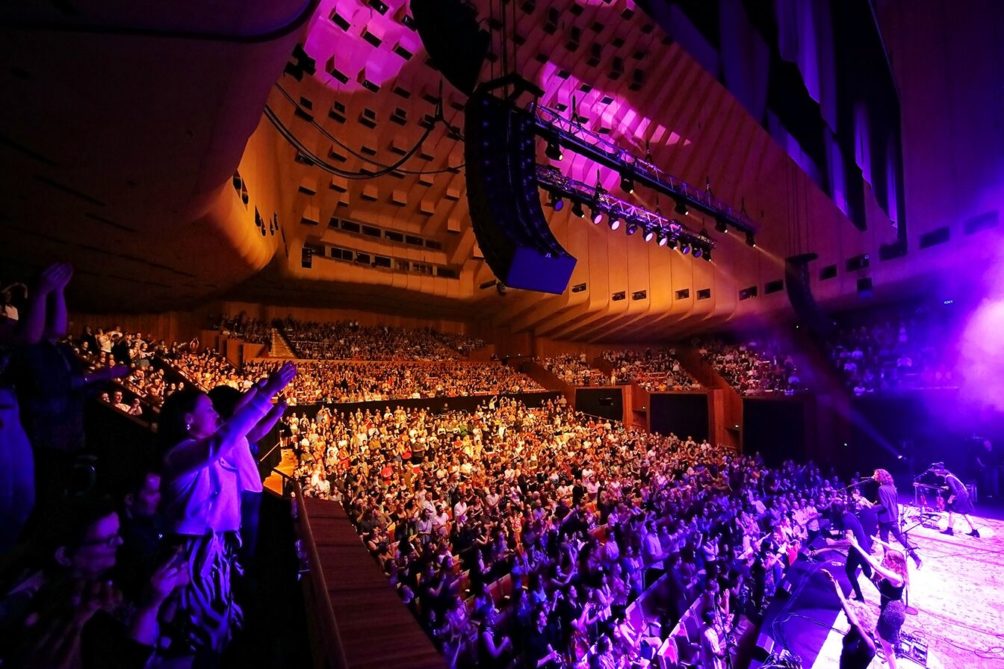 In addition to his most popular songs, including fan favourite five-time platinum “Take Me to Church”, Hozier performed tracks from his second album, Wasteland, Baby! available now on Spotify and other usual outlets which just earned the artist his first no. 1 place on the Billboards 200 Albums chart.

The album followed the meteoric success of his latest EP, Nina Cried Power (2018), his first music collection in four years, which features the legendary Mavis Staples and pays homage to artists who harness their craft for social justice and change.

The passion which Hozier’s music evokes was reflected not only in his own performance but mirrored in the equally passionate performances of his talented and tightly timed seven-piece supporting band. My eye was constantly drawn to singer-songwriter Suzanne Santo giving her all as she provided supporting vocals, violin, guitar and more all while wearing a pretty sweet hat. 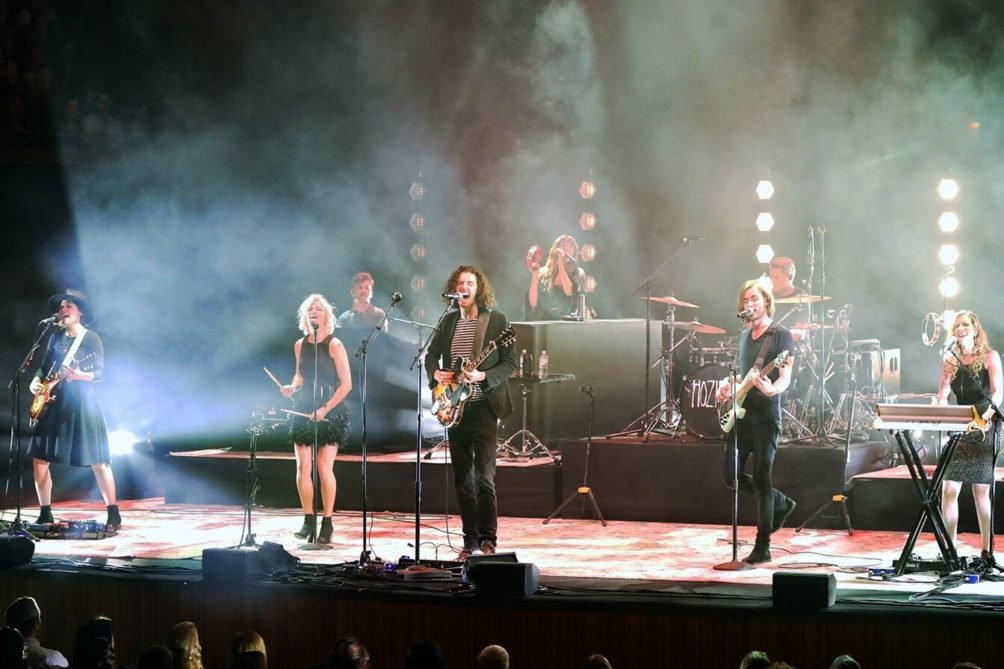 The set included bluesy folk tunes along with grittier, drum beat heavy R&B and soul tracks, showcasing the Irishman’s hybrid musical style that perfectly encapsulates his rich soaring voice and confessional lyrics that creates a haunting vulnerability that almost makes you forget that you are in a crowd of thousands listening to one man croon — with seven supporting artists.

Stage banter was kept to a minimum, but Hozier did share the inspiration behind his song Shrike named for a small butcher bird who hangs up its prey, small but vicious, which he felt was “perfect for a love song, beautiful and utterly terrifying.

As a huge Hozier fan, being able to see him perform live in the iconic location of my adopted city was humbling. His music sounded nothing like what it does on a streaming service. This live performance was something else entirely. 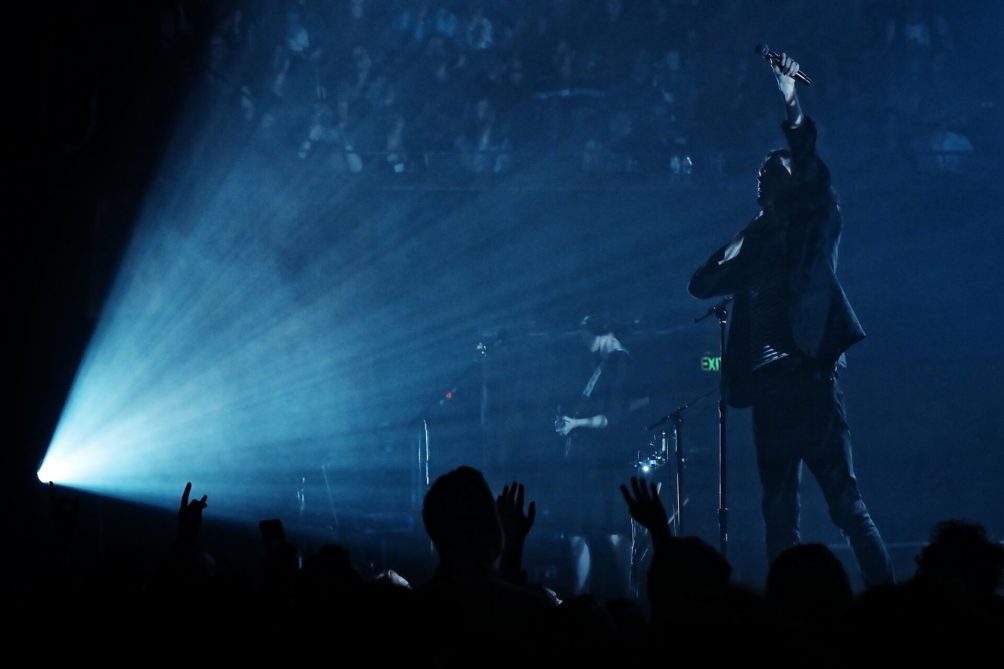 Hozier’s sophomore album Wasteland, Baby! is available now. His Australian tour dates include April 22 and 23 at the Sydney Opera House, April 25 and 26 at Melbourne’s Palais Theatre. Check out his website for more details.

Disclosure: The Plus Ones were invited guests of Sydney Opera House
Video & Image credit: Prudence Upton

How to Increase Productivity with Fewer Resources