They say rain on opening night of an outdoor show is a good omen. Well, Handa Opera’s West Side Story on Sydney Harbour must be in for one hell of a run after the deluge that set in for a solid hour right on cue for the prelude to Act I.

The audience, dressed to the nines for the red carpet, rushed to purchase ponchos and attempted to keep dry for a few desperate minutes, before giving up. We all resolved to ignore the fact that we could see nothing through our glasses (someone really must invent windscreen wipers for spectacles), our hair and make-up which took hours to do was now undone in a matter of moments, our dry-clean-only gown and suede handbag were beyond salvaging, and our $20 program turned to pulp. After all, if the actors could sing and dance in the rain, we could sit and watch in the rain.

With good humour, determined to enjoy ourselves, we applauded and cheered as the actors burst onto the stage full of life, seemingly unaffected by the great flood. The fast-paced twirls, leaps and lifts, not to mention the scaling of ladders taking place on the raked stage seemed downright dangerous – an OH&S nightmare. Thankfully the dancers were all wearing sneakers and the floor had a rough surface, making the feat of their triple and quadruple pirouettes all the more impressive.

Putting aside the downpour, the show was certainly something. How it is possible for these talented individuals to sing and dance at the same time, and to do both to such a high standard that it would have been impressive enough if they were only singers, or only dancers, is beyond me. In this regard, the two standout performers were Karli Dinardo as Anita, overflowing with bubbly, exotic, coquettish confidence, and Mark Hill as Riff, who owned the stage with his “coolness” whenever the Jets were around. 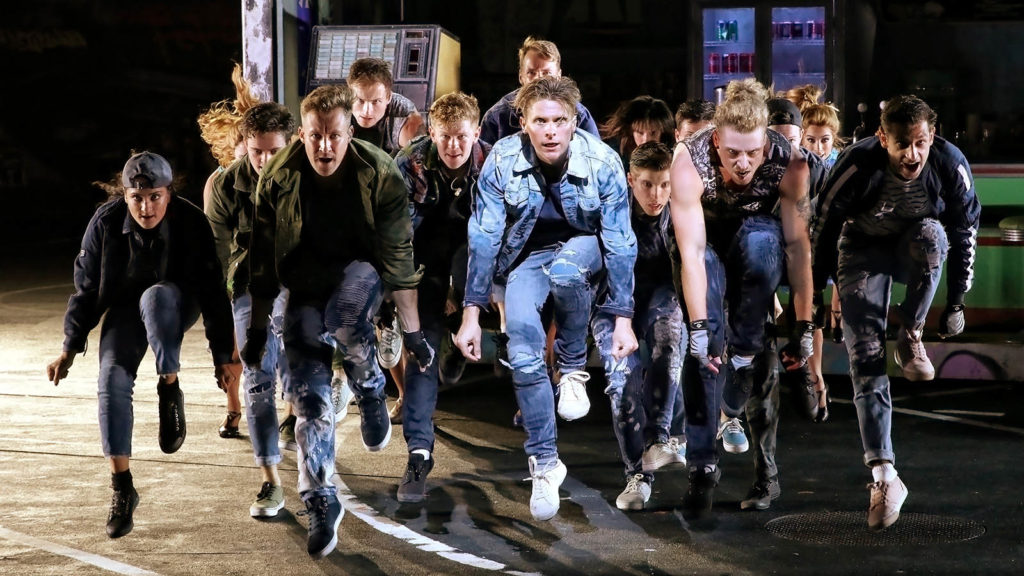 The lead female, Julie Lea Goodwin, is always a favourite of mine, with her sweetness and warmth, as well as exceptional vocal talents, and was an excellent choice for the role of Maria. Her fresh-off-the-boat Latin accent was very well executed indeed, although only thinly disguising her refined, classically-trained English articulation in the singing parts. The lead male, Alexander Lewis, who plays her not-so-Latin lover Tony, had an enthusiastic, idealistic boyish charm, and a rich, bold tenor which was much more secure in the lower register than at the top. It is my sneaking suspicion that after repeated rehearsals in the rain, Lewis pushed through the opening night performance fighting off a cold, as the final high resolved tritone “Ma-ri-a”, which tied off the end of of his big crowd-pleasing number, faltered miserably, sadly ruining the impact of his otherwise wonderful delivery. 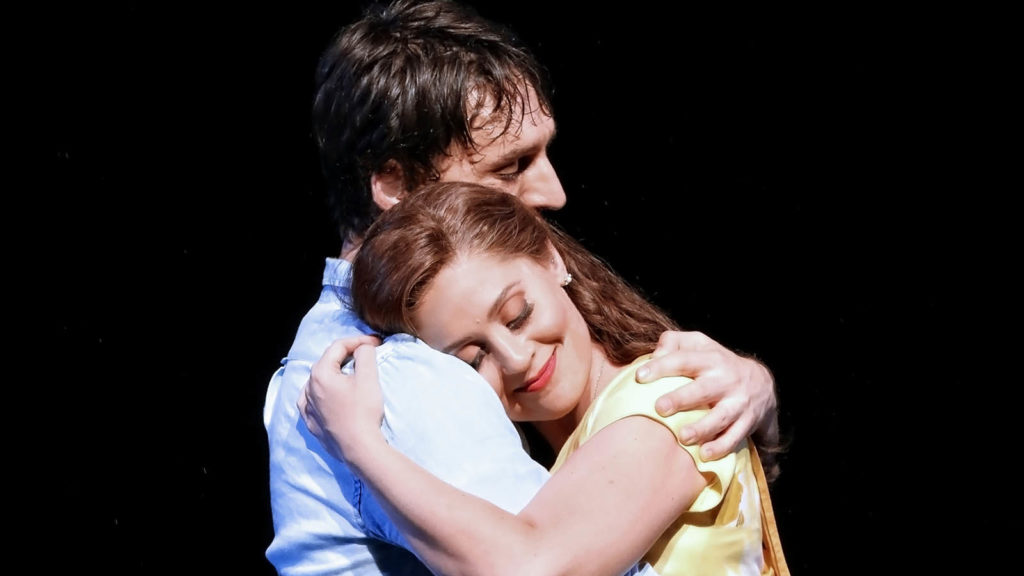 For those who don’t know the 1961 film, which won ten Academy Awards and still holds the record for the most awards won by a musical, West Side Story is basically a modern-day Romeo and Juliet with a Latin beat. In 1950s New York City, a boy and a girl from rival street gangs – the cool-coloured Polish-American Jets and the hot-coloured Puerto Rican Sharks – fall in love. The forbidden romance leads to tragedy, with plenty of fun and drama in-between. 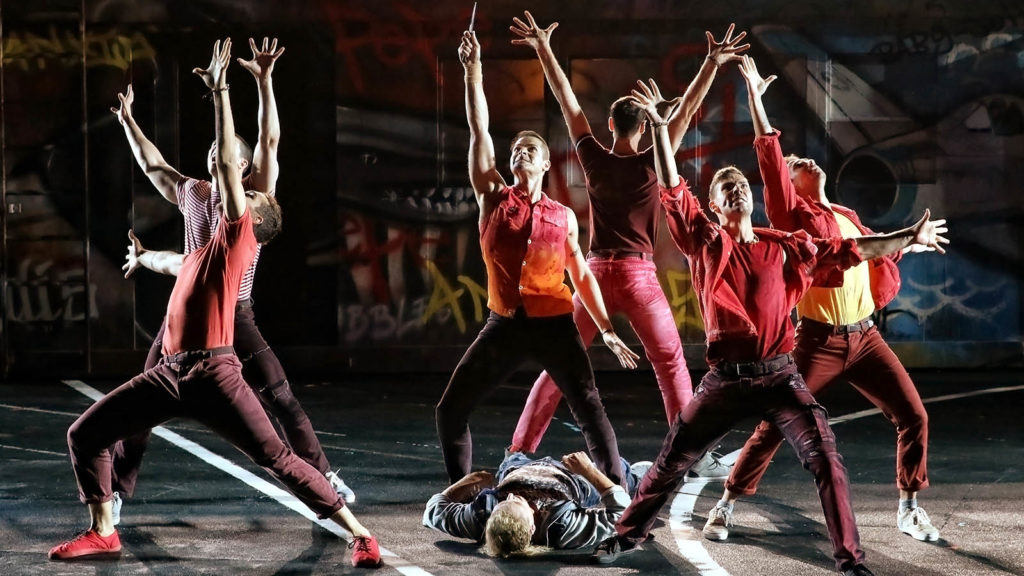 The score, written by the great Leonard Bernstein, is a melting pot of jazz, classical, Latin American rhythms, musical theatre and opera. It includes some of the most memorable tunes in Broadway, including “Maria” and “I Feel Pretty”. The lyrics, written by Stephen Sondheim, are witty and still fresh after all these decades. A 27-piece orchestra plays live underneath the pop-up stage, which is more than twice the size of any Australian indoor stage and is built to capture the absolute best view of Sydney Harbour. 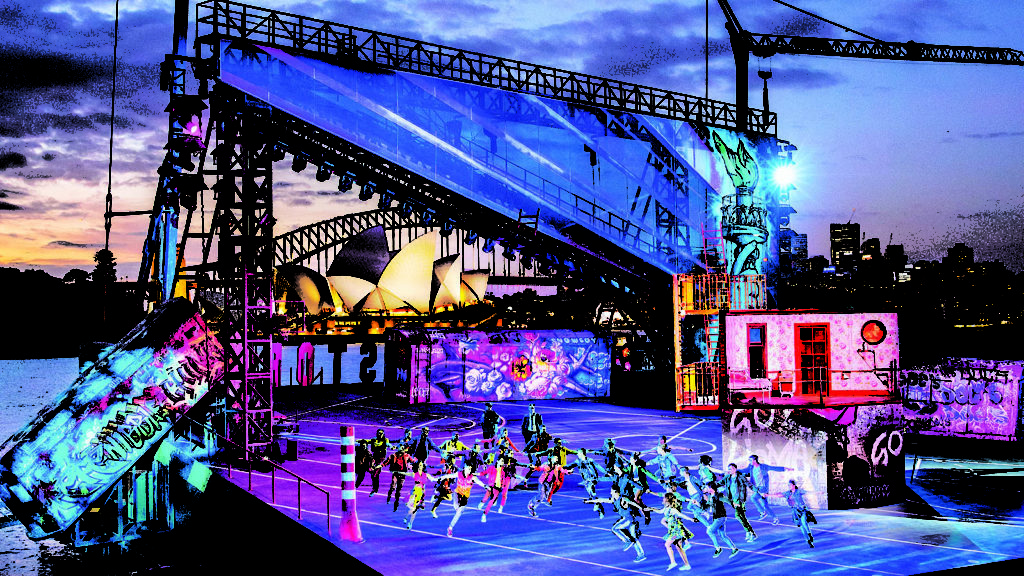 This production of West Side Story really is exceptionally well prepared and executed. I would highly recommend not missing it, but do take a good quality, long-sleeve, hooded raincoat with you, and wear comfortable, practical clothes.

Canton! Canton! The best thing to hit the CBD