We’re huge fans of New Orleans at The Plus Ones, so having NOLA Smokehouse & Bar right here in Sydney is a balm to our expat American hearts. Potentially the only source of authentic Cajun and Creole food in the city, it’s a must-visit if you’re craving a different culinary tradition than usual.

And now, under the aegis of new head chef Troy Spencer, the menu is revamped. He says, ‘I’ve taken a more authentic approach to our signature NOLA dishes, such as the jambalaya and gumbo, and introduced rustic entrées which I think are more complimentary to the smoked meats and barbecue offering’. The Plus Ones were invited to partake of the new menu, along with a bevy of media stars, at a special preview menu tasting. 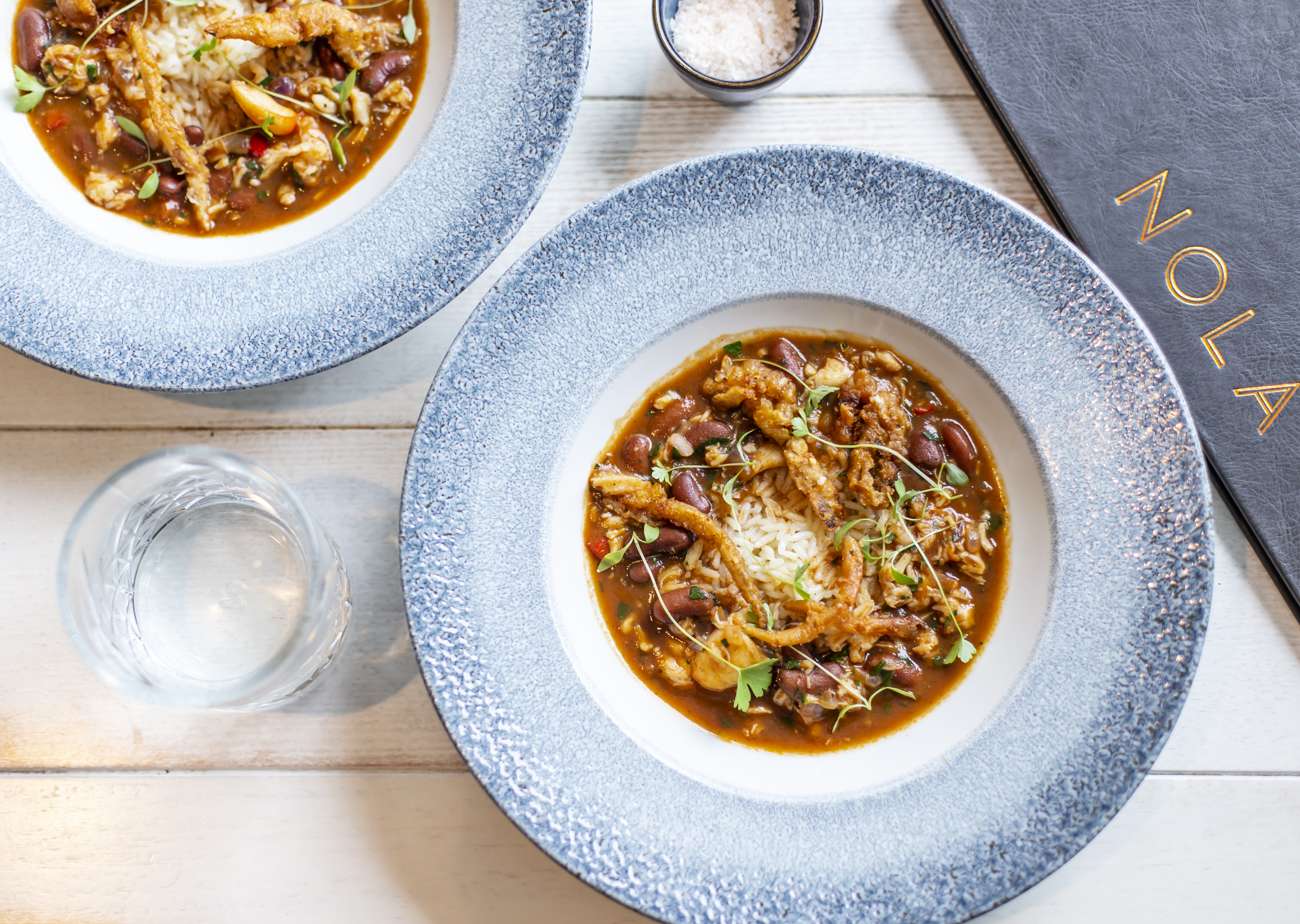 With two decades of culinary experience (including at the excellent Yarra Valley-based TarraWarra Estate,  running his own restaurant, and two years at L’etoile in Sydney), you know you’re in more than capable hands at NOLA. You can see Spencer’s love for the cuisine shine through in the menu. His attention to detail is evident in how the dishes shine, each ingredient and sauce carefully thought out.

Vegans and vegetarians, close your ears: it’s all about the meat at NOLA. They have two smoking ovens, which crank out half a tonne of meat each week! That equals 100 chickens, 175kg of brisket, 75kg of house-made double-smoked sausage, and 90kg of pork shoulder. (Plus vegetables and ingredients used in sauces and the like.) We mowed down on the pork shoulder and brisket, and I can say it’s just as authentic as anything I’ve had in the Lower 48. 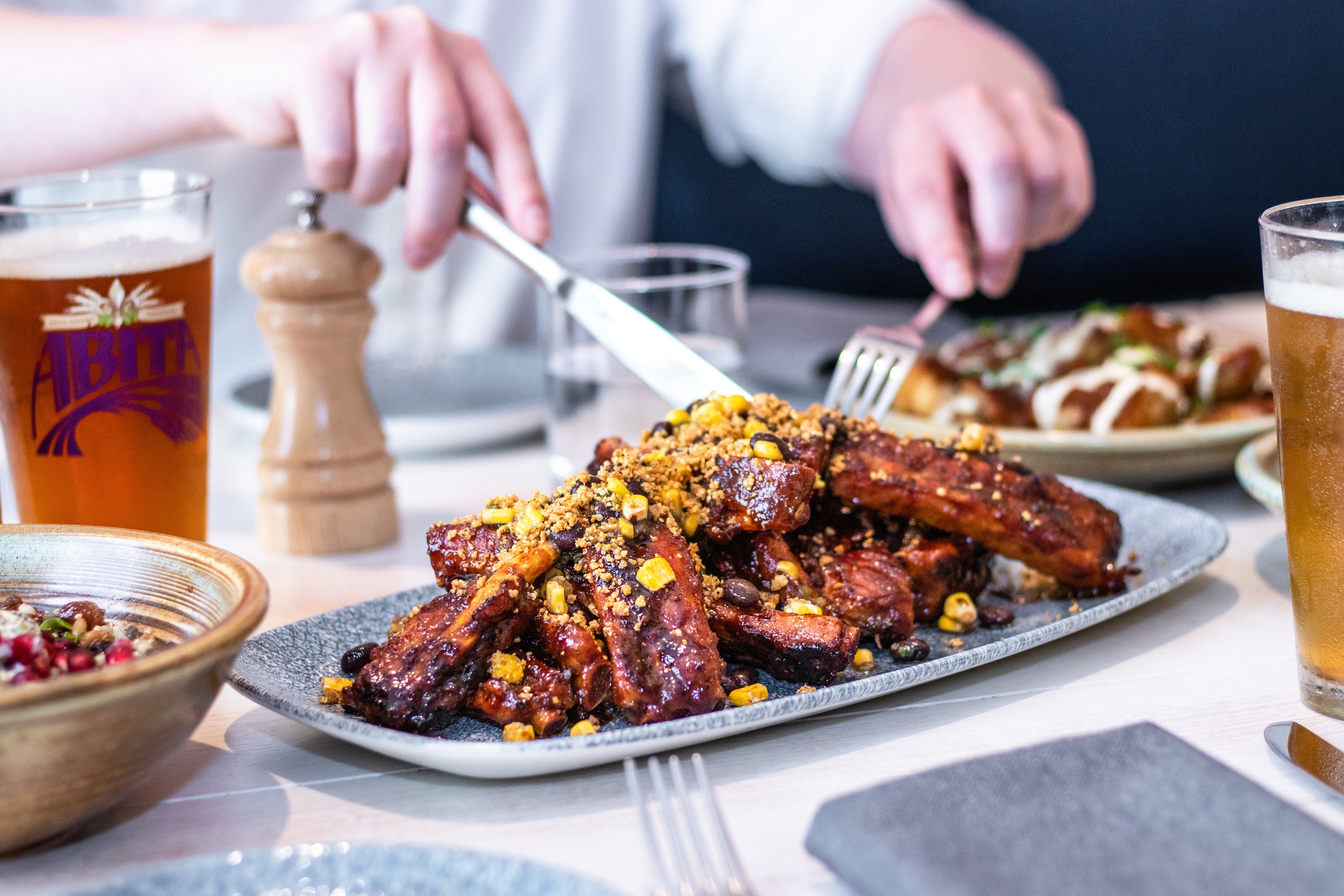 The blue swimmer gumbo is an authentic replica of one of the state’s most popular dishes, with the added twist of an extra layer of crab bisque.  The red rice jambalaya– a staple of N’awlins cuisine — includes a seafood bouillabaisse with red rice instead of white.

Pescatarians — like my +1, the model Lauren Vickers — are well-suited to trying New Orleanian cuisine. The fresh seafood delighted the palates of the fish-friendly posse at my end of the table. Many of the famous dishes of Louisiana can be made to suit a pescatarian’s needs. 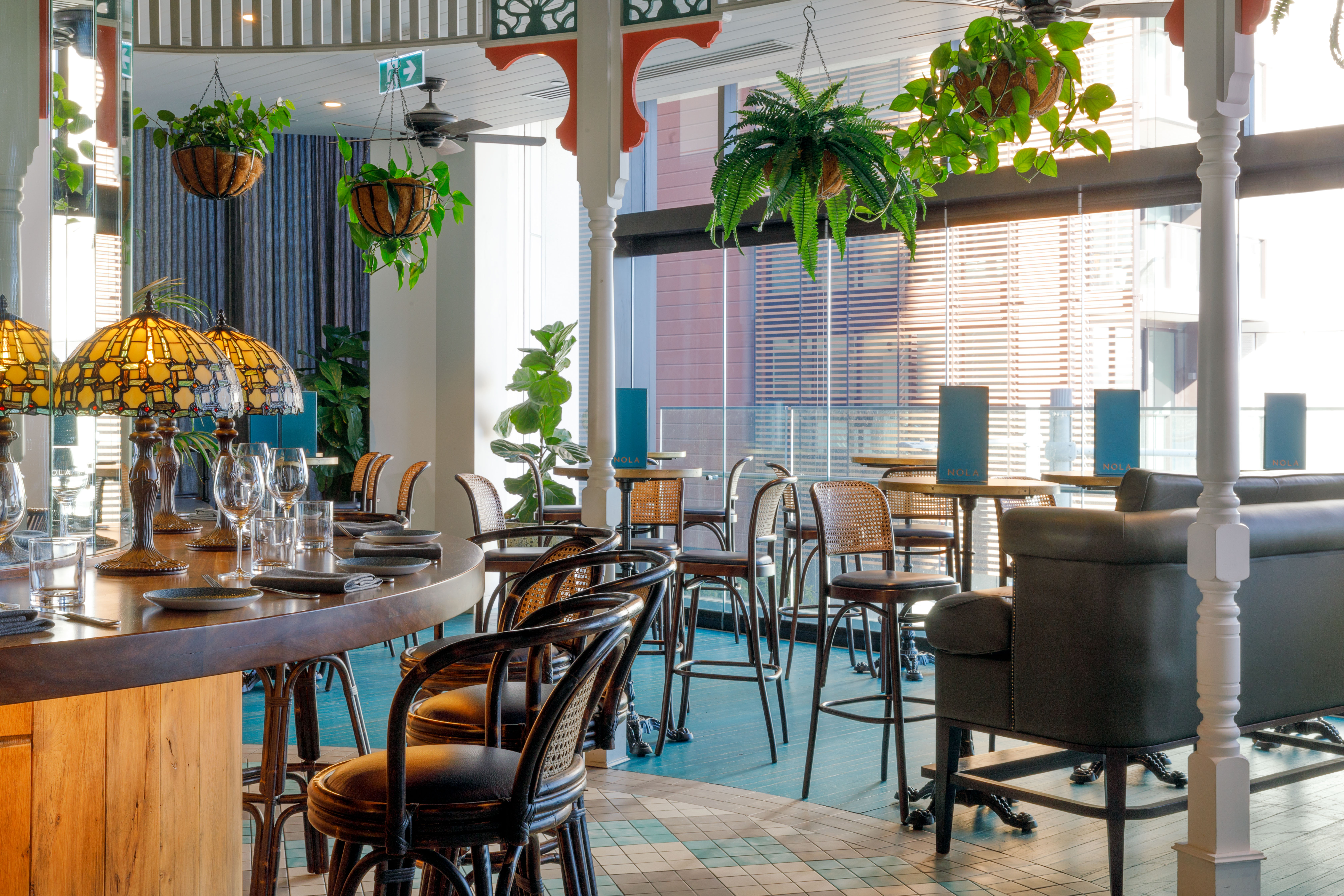 One standout for me on the menu are the new desserts. A true-blue American who loves to go camping, I was delighted to find that they have s’mores on the menu. Roasted marshmallows, chocolate, and graham crackers — the latter an ingredient you can’t easily find this side of the Pacific — were a taste trifecta.

But what I want to return for NOLA for is the amazing doberge cake. Eight layers of decadent chocolate custard, lemon curd, whiskey syrup, and soft buttercream, it simply is indescribably good. 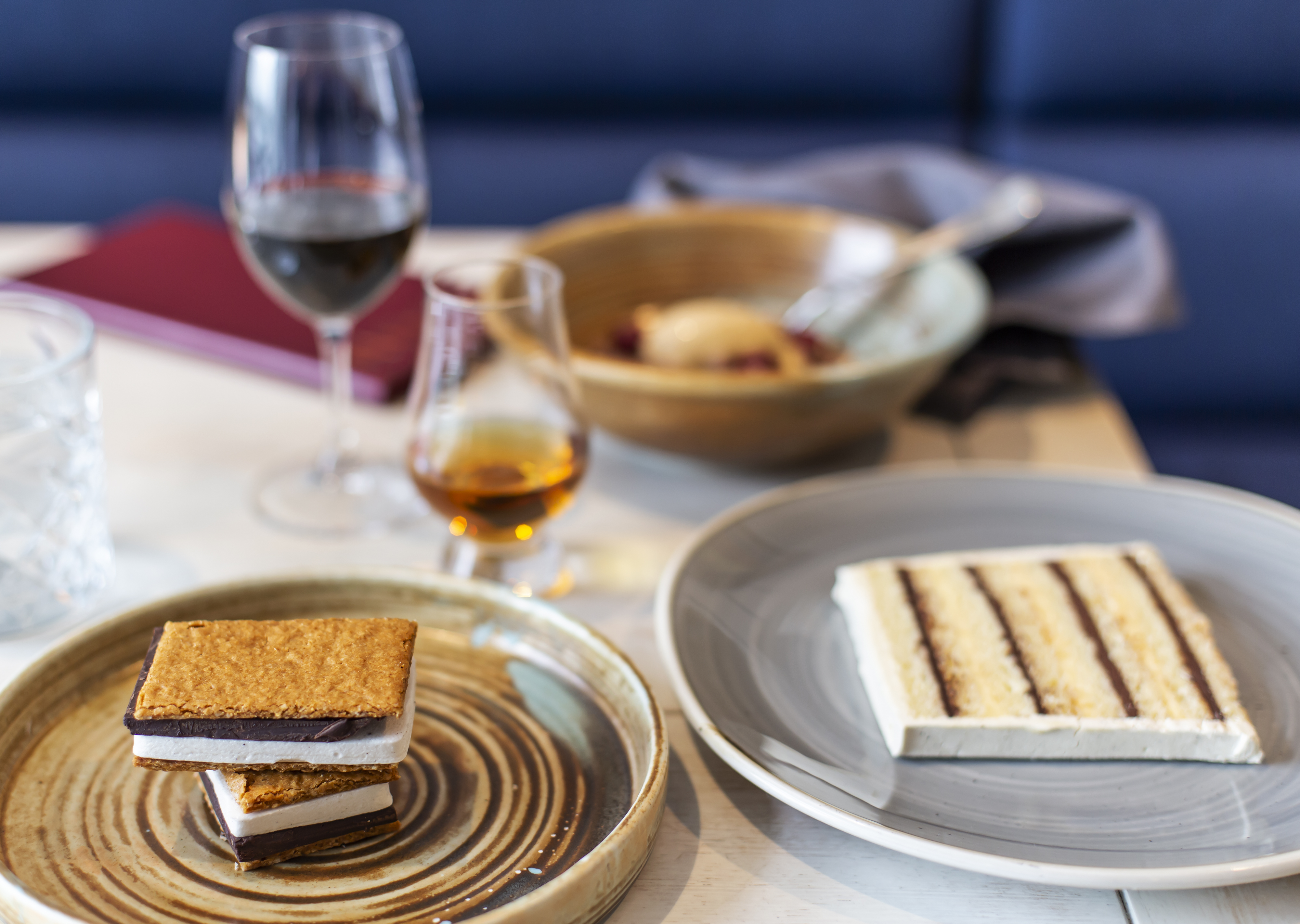 The Plus Ones have been lucky enough to previously visit NOLA for a rye event and a cocktail competition. Now, knowing that the menu is even more akin to what you’d find in New Orleans, we’ll be back even more often.

Visit NOLA Smokehouse & Bar and treat yourself to an authentic taste of delicious Cajun and Creole food in the heart of Barangaroo.

– Theresa
Co-founder of The Plus Ones, catch Theresa’s adventures on her Instagram.

A Tassie cellar door is popping up in a laneway!