There’s nothing like a family bond and there’s nothing like the legacy that Russell’s Reserve celebrates with their event, ‘A Bond Made in Bourbon’. The event returned for a second run of celebrating real craftsmanship and legacy in a truly intimate setting, the timeless Kittyhawk bar in the CBD. Russell’s Reserve teamed up with artisans Bas & Lokes and Zink & Sons for exclusive craftsmanship masterclasses. Skills and stories were shared and learned, all going down sweetly with delicious bourbon. 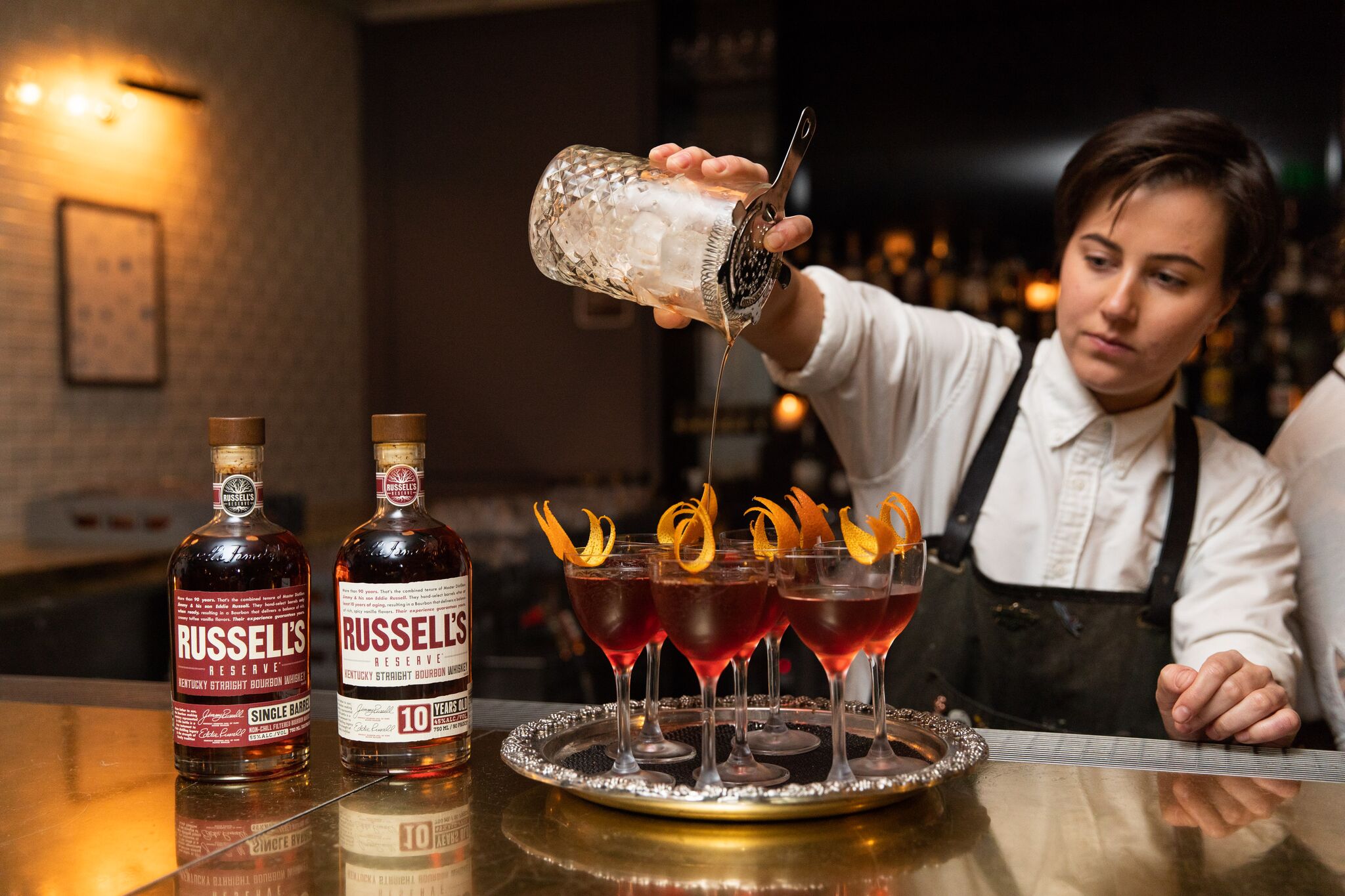 We were greeted on arrival with a delicately sweet Boulevardier. Similar to a Negroni, but with Russell’s Reserve bourbon in the place of gin. Beautifully garnished with orange peel and served in Nick and Nora glasses with lace inlay detail. The chilled luscious cocktail lent itself perfectly to the relaxed atmosphere of the room. After mingling with other attendees, bourbon-lovers and whiskey industry experts alike, we were invited to sit and enjoy two fantastic showcases of craftsmanship. 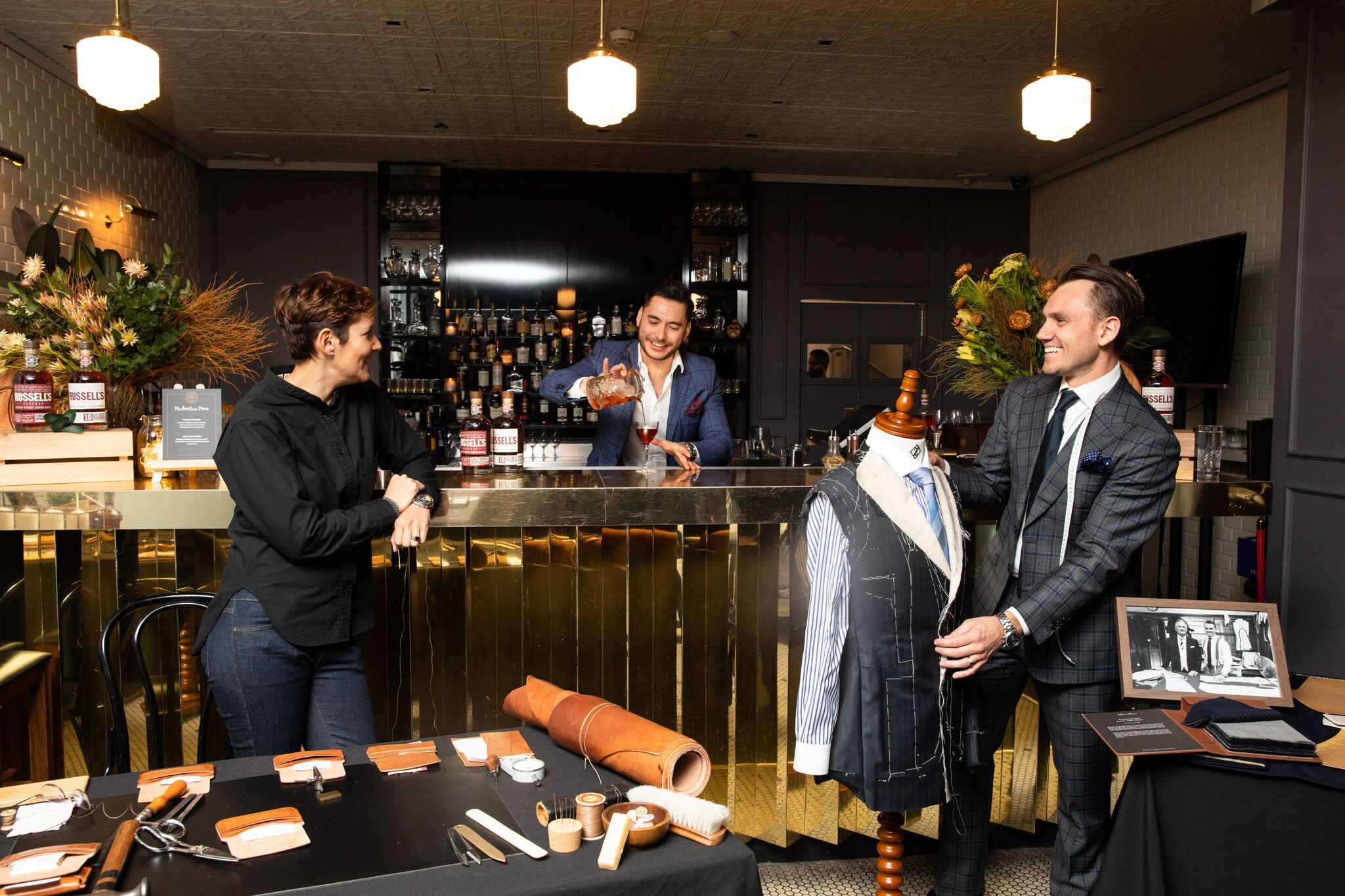 First up was the extremely talented Jade Bas Jones, co-founder of and designer at Bas & Lokes. She and her father started this company together, making premium leather goods, like watch straps, wallets, and more. All by hand. Jade demonstrated her amazing skills and created a gorgeous wallet right before our eyes while explaining how she and her father created this company out of nothing more than a whim and a desire to make something with their hands. Like true craftspeople.

Afterwards, Daniele ran through two small batch bourbons we enjoyed on the night. First up, the 10-year-old Russell Reserve, followed by the Single Barrel, a big, bold and warming whiskey. Both matured in charred virgin casks, and have been praised the world over for their superb quality.

Finally, we were given an insight into the world of premium bespoke suits thanks to Daniel Jones, of Zink & Sons. Like Eddie Russel, Daniel Jones grew up around his father’s craft. Watching suits take form from rolls of fabric. He is the sixth generation of his family making beautifully tailored suits. You could say his craft is in his blood. He detailed his family legacy, all while Daniele modelled his own suit, a creation of Zink & Sons, and Daniel himself demonstrated how he and his father make bespoke suits by hand. 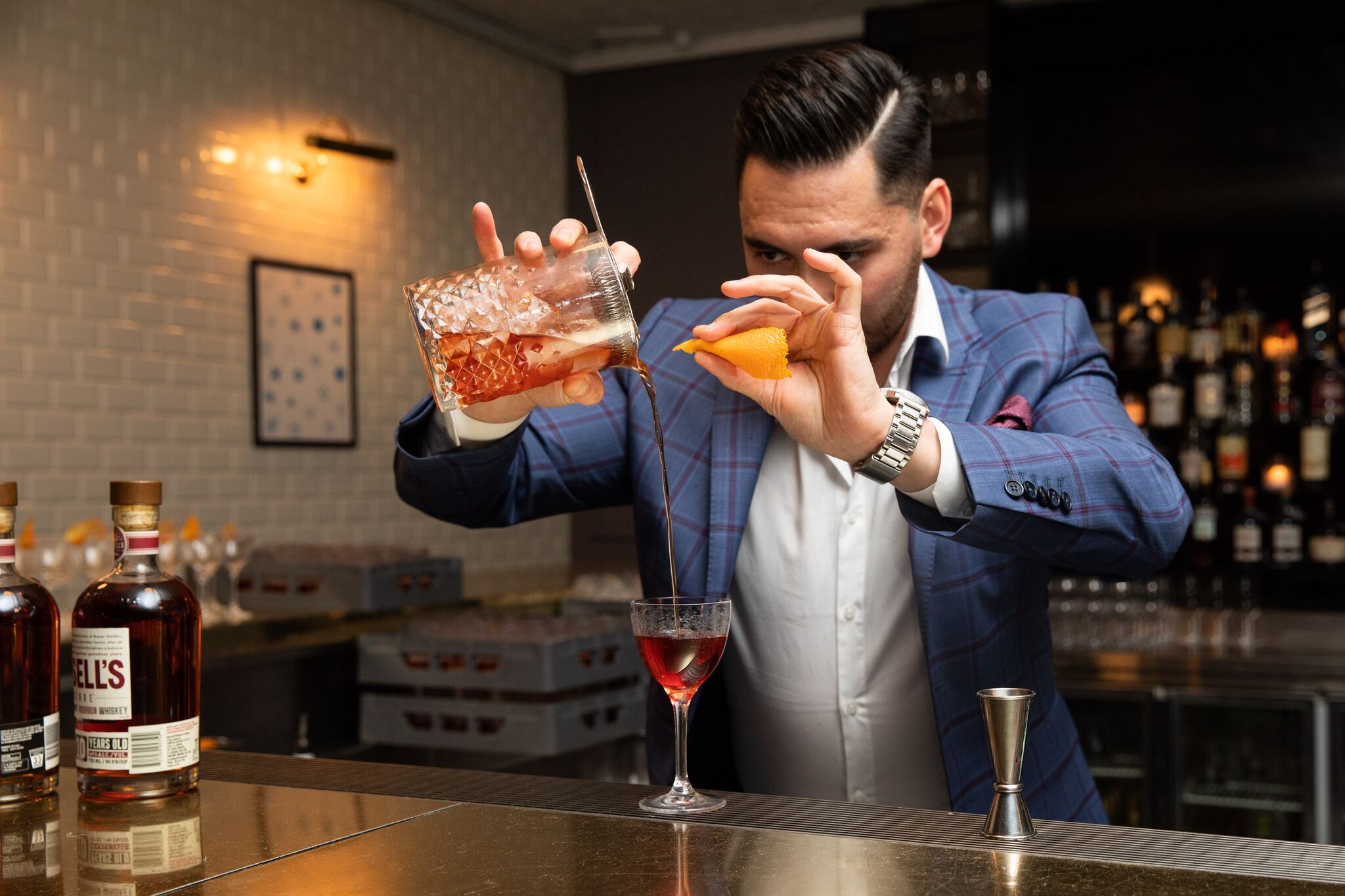 This shared passion for strong family bonds and the respect for familial traditions and legacies are at the core of this event. If you are disappointed that you missed out, fear not. Bas & Lokes, Zink & Sons, and Russell’s Reserve will be hosting two more Bond Made in Bourbon masterclass events, which will be held in Sydney throughout September. Bas & Lokes will host the first masterclass on Thursday, 6 September 2018. Zink & Sons will host the second event on Thursday, 20 September 2018. The masterclasses will follow the same lineup as the event we attended, with some extra perks. Each Bond Made in Bourbon event will also include a special bourbon masterclass. Check out the links below to reserve your spot!

Disclosure: The Plus Ones were invited guests of Eleven PR
Image credit: Eleven PR

Time Out Food Awards 2018: all the winners