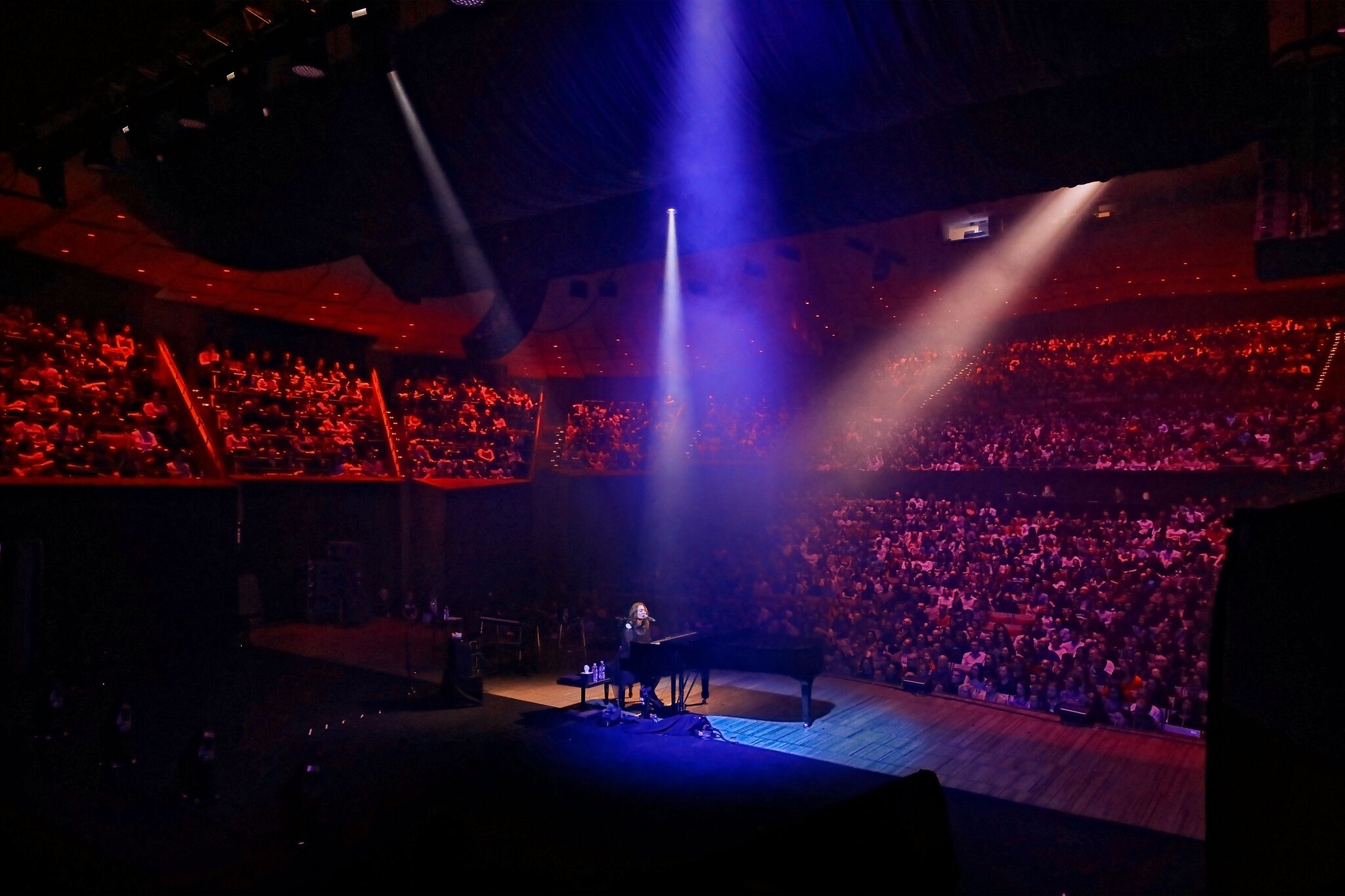 For the first time since 2012, Russian-born, New York based singer songwriter Regina Spektor graced Australian shores and gave fans a special live performance “in the round” at Sydney Opera House this Monday July 9.

Whether it was jet lag, as Spektor claimed, or a more chemically induced delay, like the many trips which have borne her seven kitsch indie-rock albums, she certainly was “a fraction of a human being” on Monday night.  After coming onstage half an hour late, she continued to be late all the way through the night, as if in slow motion. Giggling to herself, waffling on about nothing, nervously opening and closing her water bottle for little mouthfuls between every song, fiddling with her “complicated dress”… It was all a bit cute and charming, but it dragged on and broke the flow and momentum of the set. The audience was very supportive, clapping and laughing at every unfunny joke, but there was definitely a sense of awkwardness and not a few glances at watches and mobile phones to check the time.

Pity, because musically speaking, Spektor delivered a heck of a performance. The songs – some new, some old, some fan favourites, some obscure bootleg gems – seemed to be chosen specifically to showcase her impressive musical talents, which is exactly what an audience wants in a live show. This was an intimate concert – no band, no nothing, just a girl and a piano (or a keyboard, or a guitar, or a wooden chair and a drumstick). We were blown away by the natural ability in front of us – her rhythm, her classically-trained pianistic technique, her powerful, clear voice, never faltering, able to create the effect of an echo or an overlap without any equipment other than the microphone.

Spektor delivered an a capella tune to the audience seated on the side to which she had her back, apologising for shunning them. She even recited poetry, giving a sobering reading of the sonnet hanging inside the Statue of Liberty. There were a number of moments where she slipped up mid-song, forgetting either the words or the notes. These moments were mostly dealt with in good humour and covered over quite well, but in her cover of John Lennon’s Real Love it happened a number of times within the one piece and basically ruined a great song. A memory lapse here or a bad note there can be forgiven in a two hour concert without interval – it could even make the musician more real and relatable to an adoring audience – but too many mistakes and it just looks unprofessional.

What we love about Regina Spektor is her quirkiness, her originality, her uniqueness, so she can get away with more strange behaviour than most. Having said that, this concert was a tad too space cadet for even a Regina Spektor audience.

Rolling Stone At Seymour Centre – The Plus Ones Sydney