Holey Moley is the minigolf-slash-bar sensation that is taking over Australia. Their newest Sydney location is right under the Coca-Cola sign in King’s Cross — the biggest (and, we daresay, most fun) location to date.

The Plus Ones were on hand to celebrate the opening of the miniputt outpost, just as we were for Newtown and Castle Hill‘s great spots. With 27 holes and three courses, it’s hard to know where to start. No matter where you do, you’re going to have a great time! Grab a ball from the oh-so-friendly staff (they’re seriously having as much fun as the patrons), get yourself a putter, and off you go. 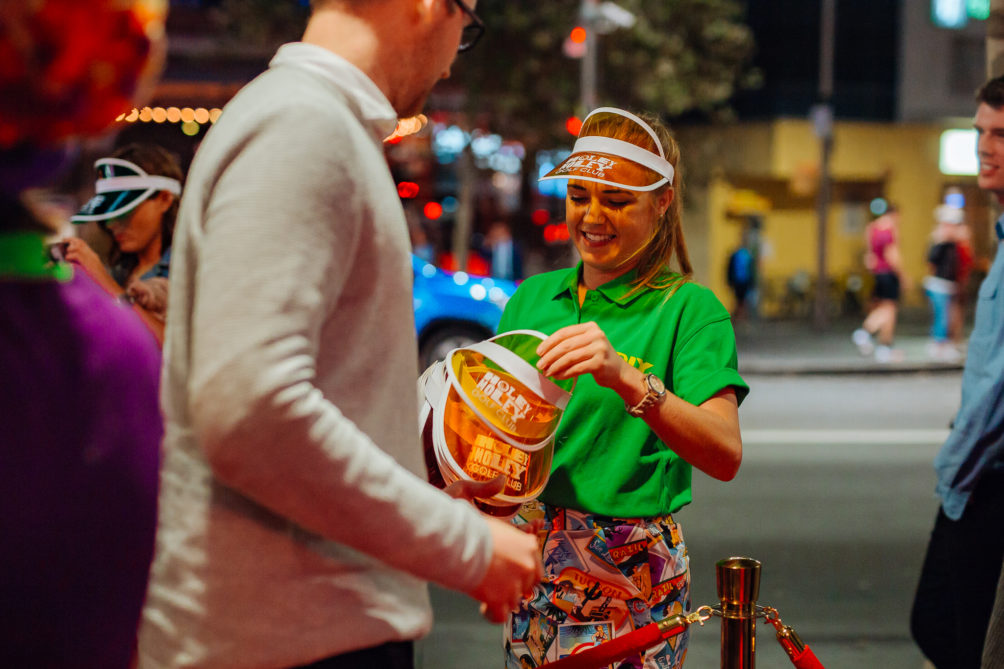 The huge new King’s Cross location is different than the Newtown venue, in that it’s spread across just one immense floor. The Plus Ones’ Sydney Director, Ace, and I — and our +1s — were inundated with great food and drinks from the second we walked up the stairs.

A crazy candy cocktail in hand, and most of a mezze platter in our bellies, we were finally ready to play. But first — mini hotdogs! and pulled pork! Throughout the night, staff passed around endless offerings pizza, and even took our orders as we were playing. 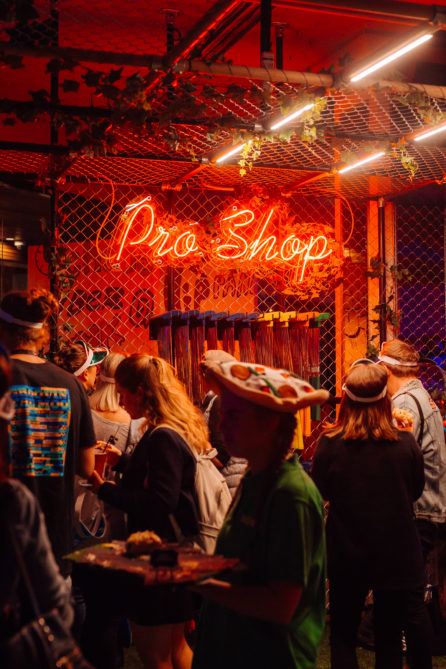 We gathered some pals (including @sydney_sisters) to play a game. Holey Moley King’s Cross has three separate courses, so even if you play one round ($16.50 per person), you can return many more times with different groups of friends to play. 18 holes (two courses) is $33pp, while a full 27 holes (three courses) is $49.50pp. Bargain price for that much fun! 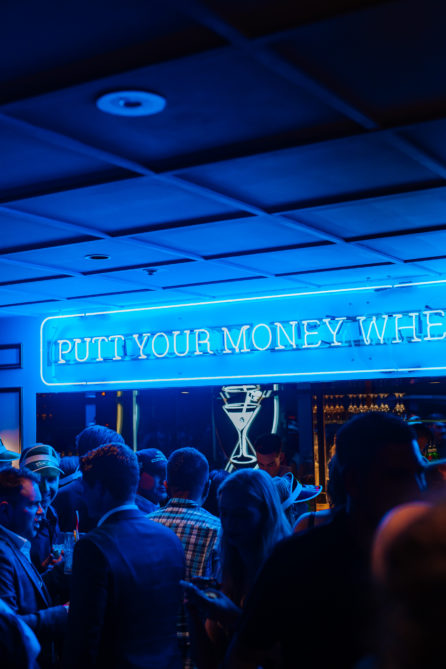 The course we did was sensational. There was an upside-down hole; one that was glow-in-the-dark; and even more totally imaginative ones I won’t spoil. You just have to experience it for yourself. I can’t get over the creativity of whoever designs the courses — they are a certifiable genius. One of the other courses even had a hole (they all have names) called ‘The Money Box’. The clear plastic room is filled with fake money, which blows around you as you try to put your way out. 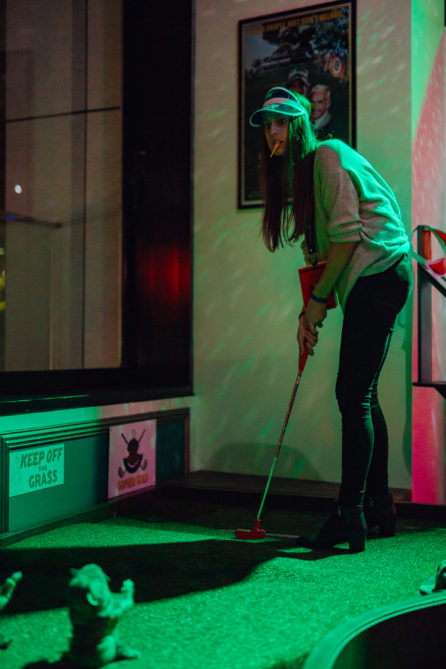 An evening at Holey Moley is something you’ll not quickly forget. Grab a group of mates and get yourself to Holey Moley in King’s Cross, right below the Coca-Cola sign. Tell them The Plus Ones sent ya.

For more, view Ace’s video of all the highlights!

– Theresa
Co-founder of The Plus Ones, Theresa is proud she’s one of the first people to go to both inner Sydney Holey Moleys, Newtown and King’s Cross, in a single day.

Disclosure: The Plus Ones were invited guests of AC Agency.
Image credit: Mitch Lowe Photo.