The hills, or rather the State Theatre is alive with The Sound of Music, with songs they have sung for fifty-three years. Yep. Everyone’s favourite movie musical (the numbers don’t lie) is 53 and the sing-a-long extravaganza is back in Sydney. 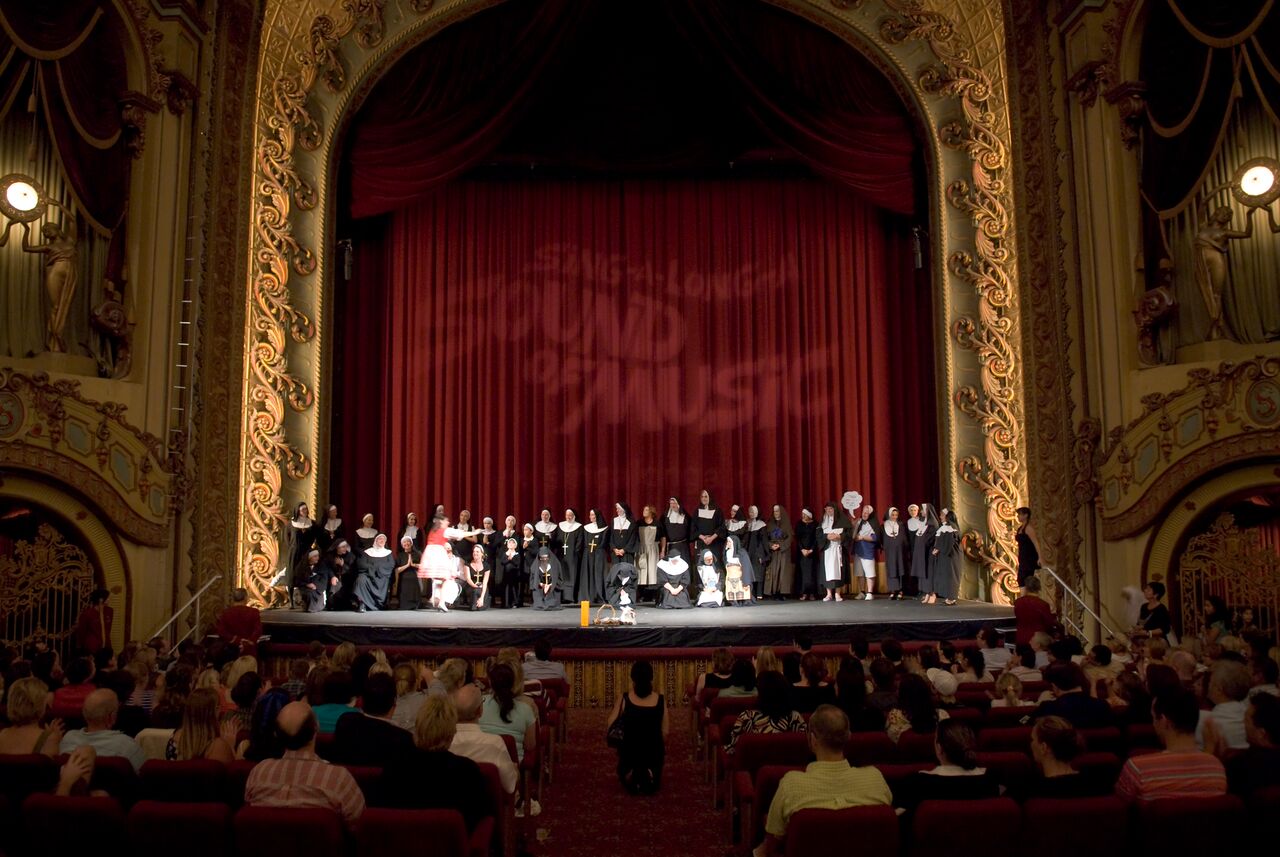 You all know about Rocky Horror Picture Show screenings… not swap fishnets for habits and corsets for play clothes made from curtains and you’re well on track to knowing what this night of only one rule, that there are no rules entails.

The evening began with some vocal warm ups and practice using our props found in the goody bag received on arrival. This audience did not want to be cut short on Edelweis and proceeded to sing the whole song through, rather than the two lines our beautiful hostess, Katrina Retallick had asked for to practice with. 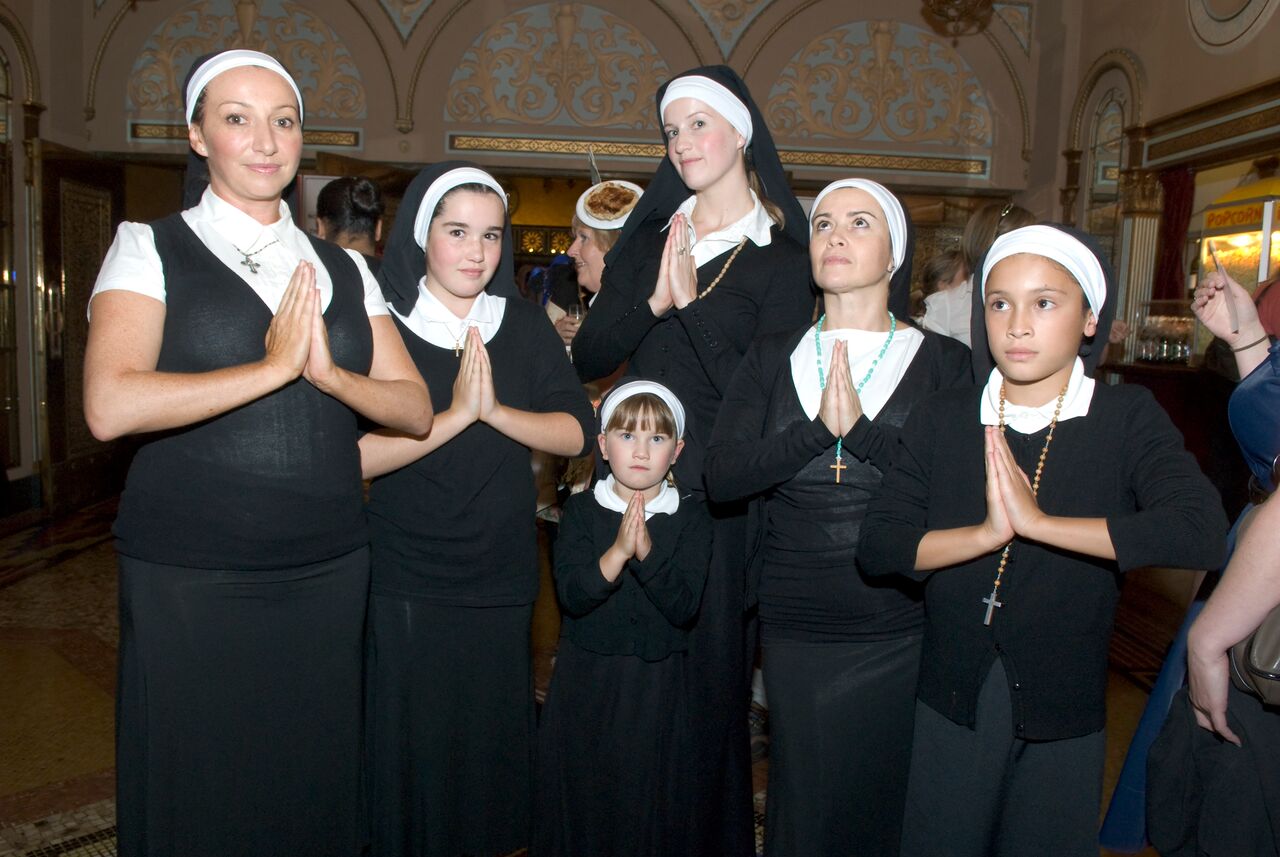 In a crowd this big, it doesn’t matter if you can’t hold a tune or sing off key. Everyone is there to have fun and when you put that many voices together the melody always wins out.

The instructions for the viewing were as follows:

The last one I still don’t quite understand, but it was incredibly fun and funny with a theatre full of people doing the same. 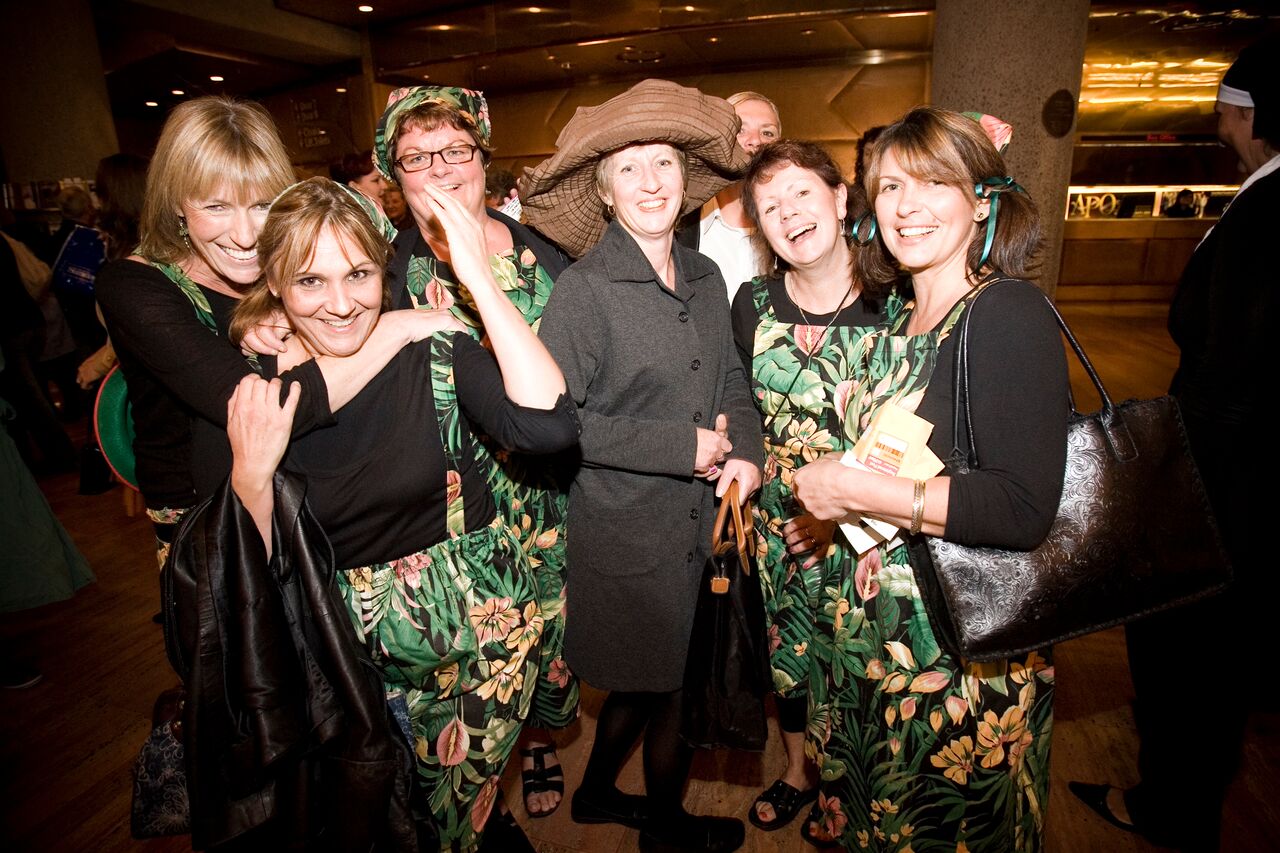 The costume show was a glorious affair of nuns, Maria’s, Von Trapp children and even a few glamorous Baronesses *hiss*. Many came as “My Favourite Things” –

Raindrops on roses and whiskers on kittens,

These are a few of everyone’s favourite costumes.

Ok, the syllables don’t work but I couldn’t resist! 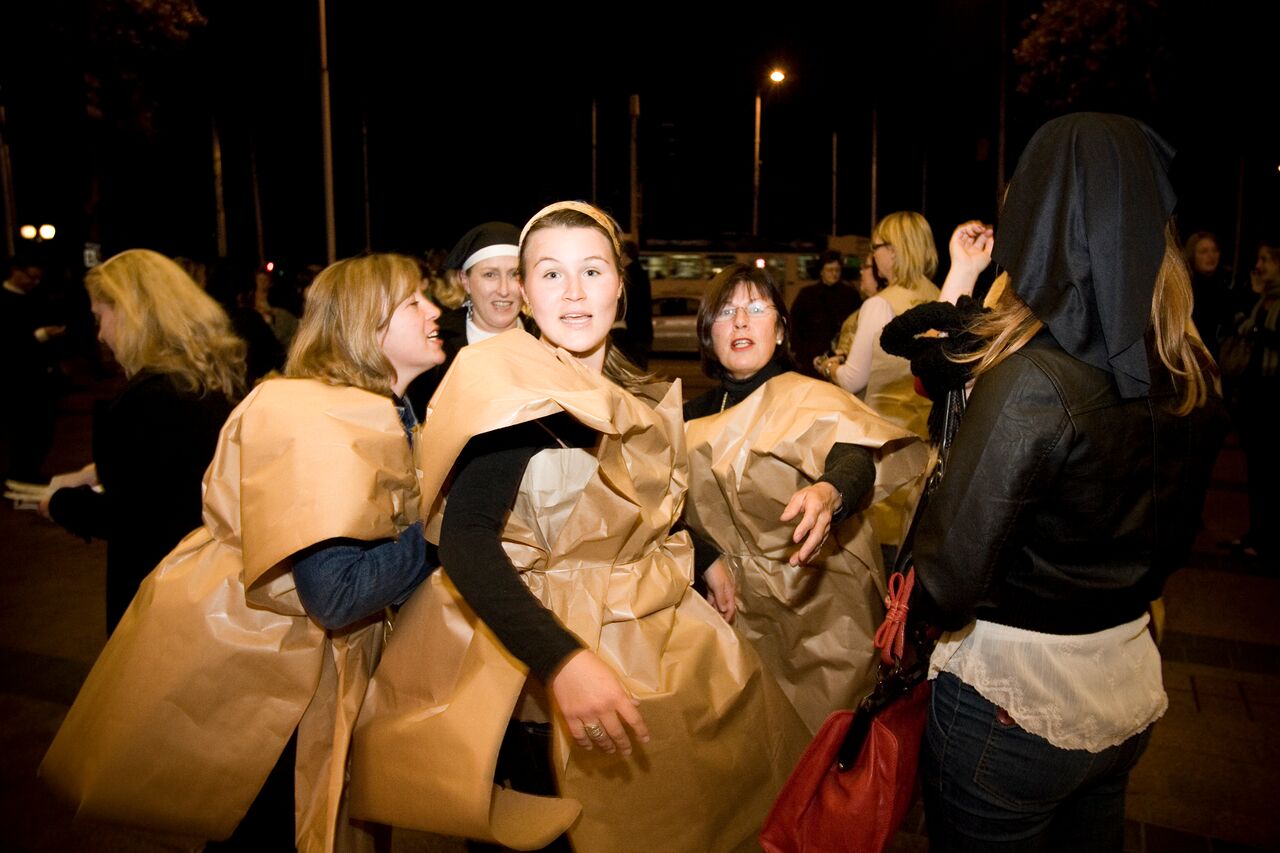 A few more truly inspired costumes were a professor trying to solve a problem like Maria, and the stolen Nazi carburetors.

It was a night of raucous laughter, cheering, enthusiastic singing and everyone having a marvelous time. Truly the most fun one can have with Nuns. I came away steadfastly believing more movies should have interactive screenings.

For more Sound of Music sing-a-long events keep an eye on sing-a-long.net.