There’s nothing quite like a rich curry paired with the crisp hoppy goodness of a great craft beer. But, forget the take-outs! The Plus Ones were invited to the second time running Craft Beer and Curry Series, at Mekong on Kensington.

The series features Chef Tiw’s award-winning Indochine cuisine paired with some of Australia’s finest craft brewers. This years’ series features Sauce Brewery, Lord Nelson, Willie the Boatman and 4 Pines. Each event will showcase one brewery and a selection of regional culinary delights from one country surrounding the Mekong river: Cambodia, Vietnam, Northern Thailand and Myanmar. We went to the first night to enjoy some exquisite Cambodian dishes paired with Sauce Brewery’s delicious ales. 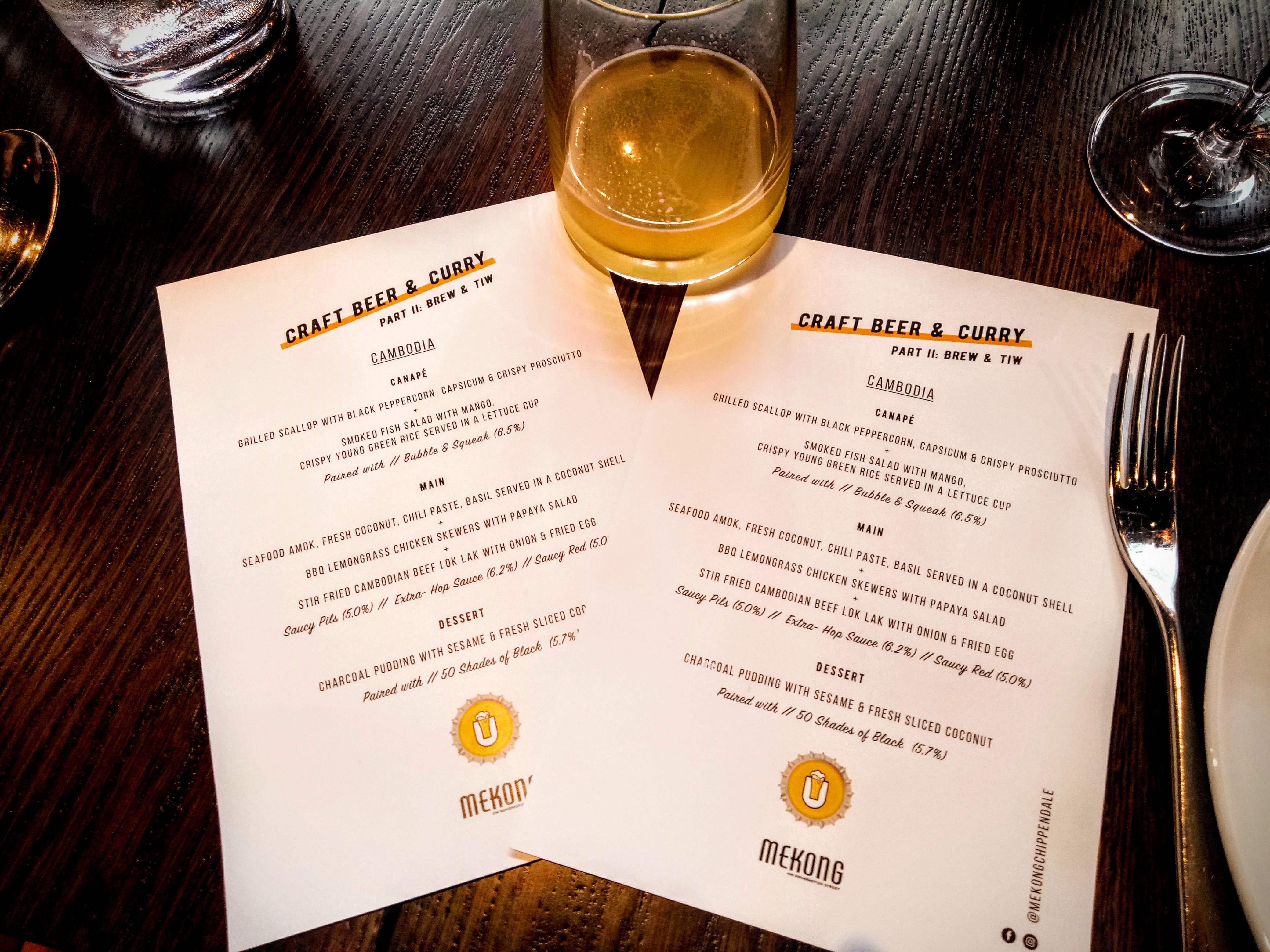 On the get-go I was already prejudiced as I love Sauce Brewing’s drinks. Their small batches of one-of-a-kind brews are an true example of craftsmanship that I hope they will continue.

This dishes served included grilled scallops, spicy seafood amok served in an actual coconut shell with smoking cinnamon on the side, BBQ lemongrass chicken skewers — with what appeared to a half on a chicken on a stick, stir-fried Cambodian beef Lok Lak, and a refreshing charcoal pudding with sesame and freshly sliced coconut. 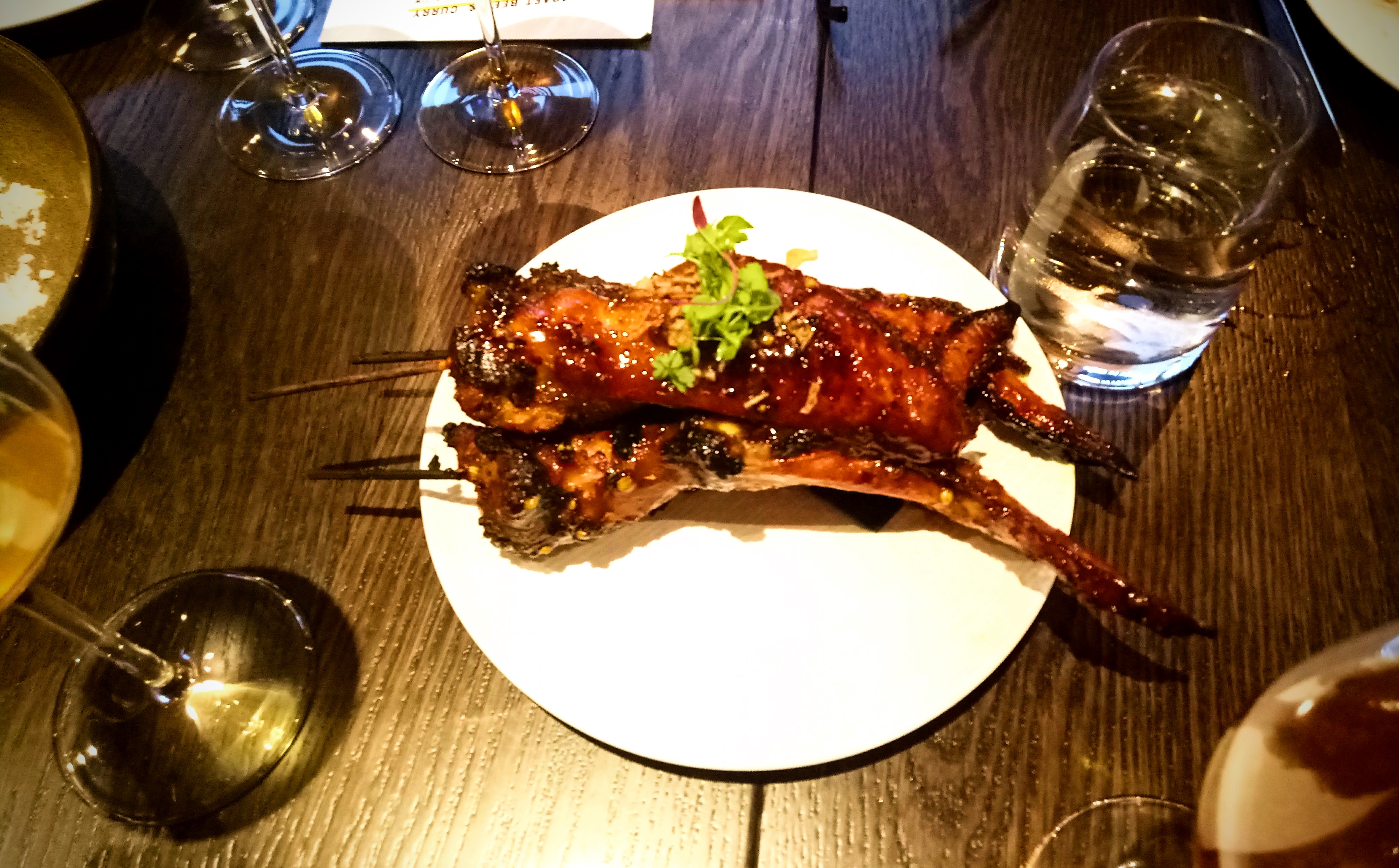 The beers on the night included Bubble and Squeak (New England- Style IPA), Saucy Pils (Pilsner), Extra-Hop Sauce (West Coast Style IPA), Saucy Red (Red Ale), and Fifty Shades of Black (Stout). I like my beers strong and hoppy, so even though I love Sauce’s stuff, I found the Saucy Pils to be lacking. However, it was the favourite with my fellow guests.

I loved the Bubble and Squeak, very fruity for an ale, and the Extra-Hop Sauce. There was also a mystery beer that was used in a game of options that all but two of us lost as the brewers raved about the New Zealander hops that were used to create Bubble and Squeak. It turns out, that the mystery IPA’s hops hailed from America, so when it came time for that Q to be A’ed, we (nearly) all got it wrong. 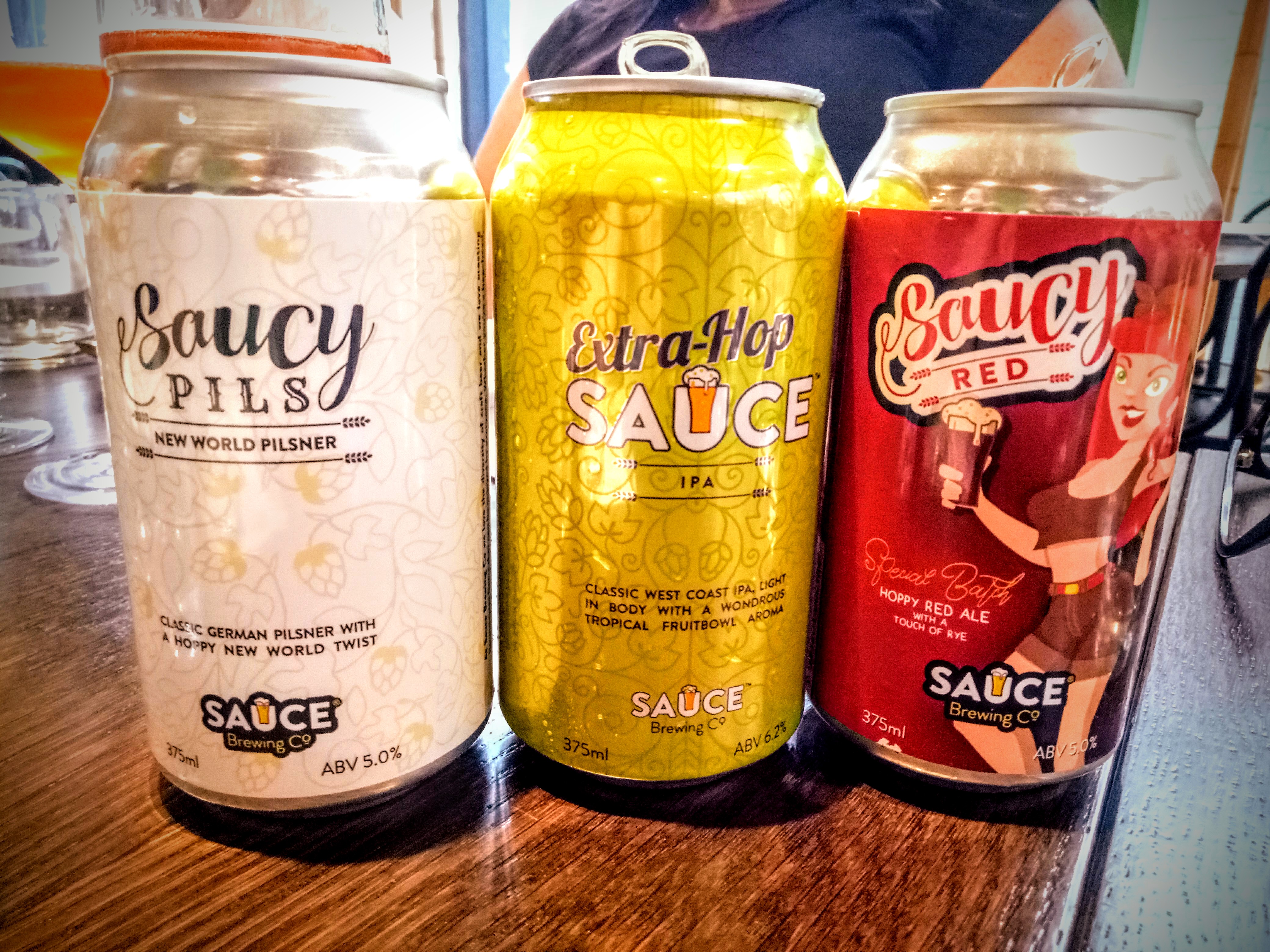 There was only one drawback to the entire evening, and it was timing. To be fair, Mekong is a popular restaurant in a bustling suburb of Sydney and it was a Thursday night. The beers were fantastic and the food was phenomenal. It is just a little awkward when half of the attendees on the banquet table have their food served before the rest. Especially with the beers being poured long before that. However, we were all fully satisfied by the end of the night. The food truly was amazing and I’m sure the following events will have an even smoother run. 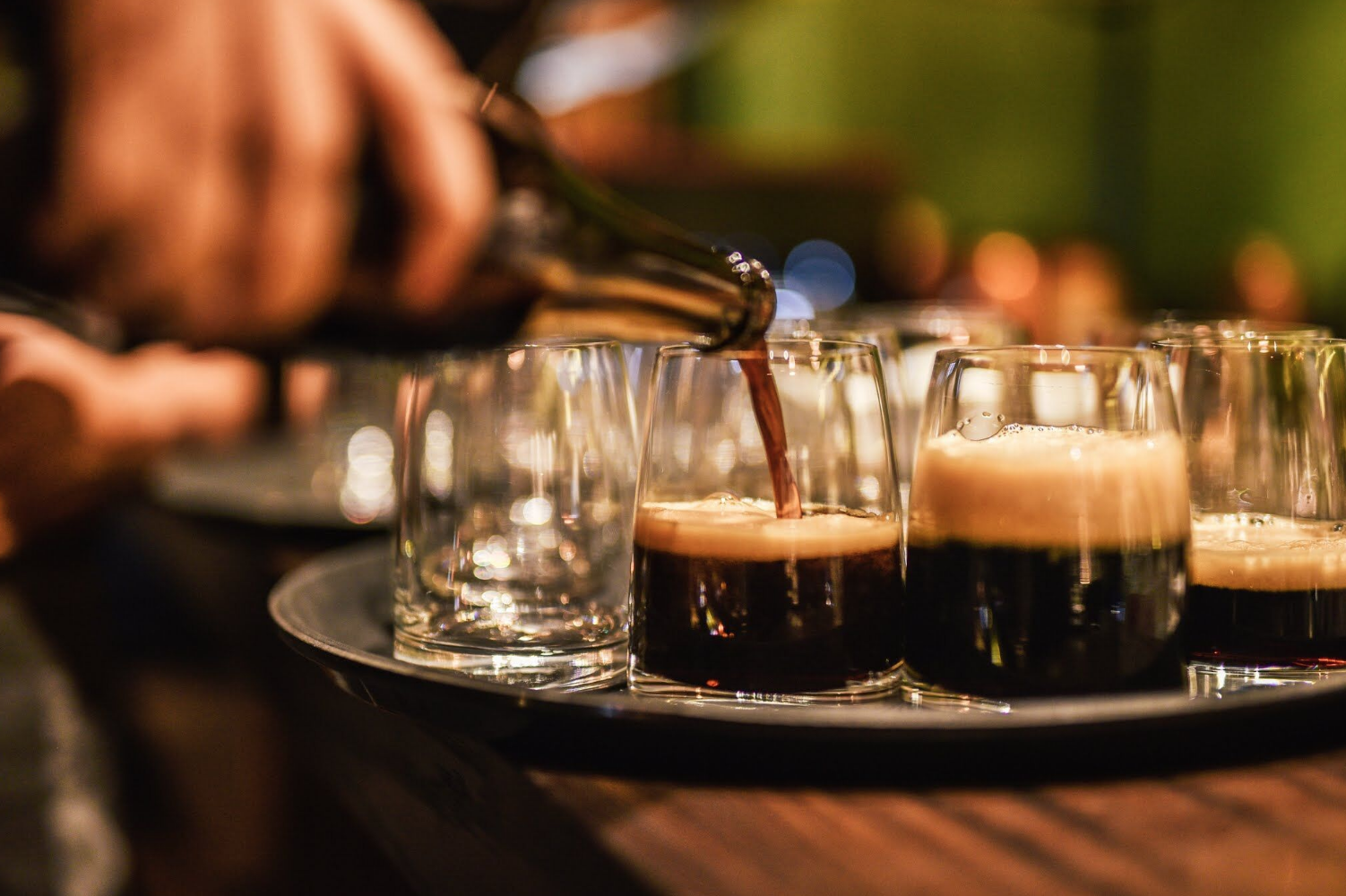 Cruise along the Mekong Delta without leaving Sydney with Mekong’s Craft Beer and Curry Series. Next up is Vietnamese delights, get your tickets before they sell out!

– Orlaith
F&B Specialist. Usually seen with a flat white in hand or on her way to a whiskey tasting. Needs to stop buying books and start reading them.

Tickets are on sale now. Book your ticket online before they sell-out: https://tickets.myguestlist.com.au/v25a57f7992ba51/craft-beer-curry-part-2-brew-tiw/
Website: https://www.mekong-restaurant.com.au

Disclosure: The Plus Ones were invited guests of Cardinal Spin
Photo credit: Kensington Street, reviewers own