People converged on the ICC from all directions. Some in cosplay. Many in graphic tees. The fans had come out in force. There were Princesses, Jedi, and Stormtroopers of all ages, even the odd Jawa. Thankfully there were no Sandpeople to be found – they are easily frightened after all. 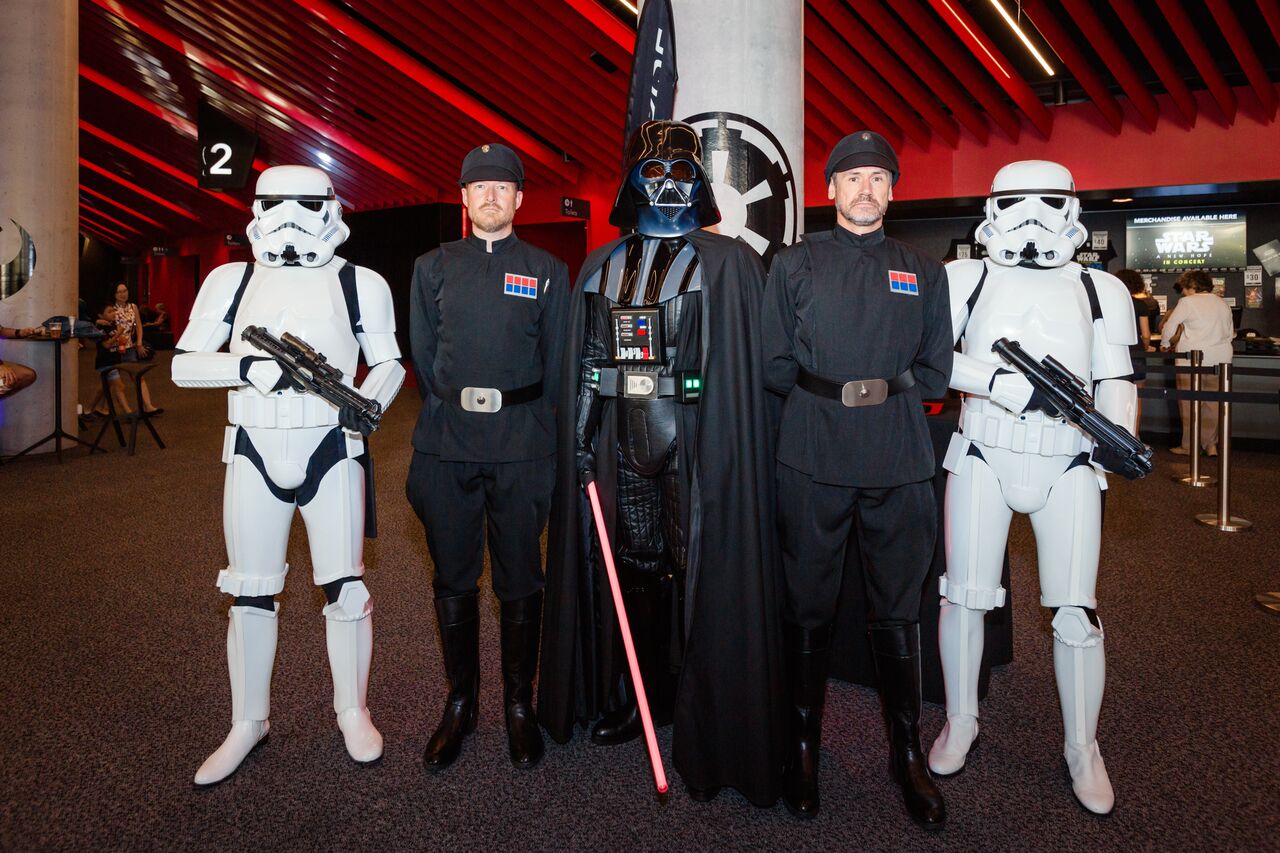 Before the screening there was plenty of opportunity for photo ops with Darth Vader, Stormtroopers and Imperial officers and pilots. The Empire was making their presence known. There were also Padawan classes for the Younglings and everyone’s favourite Wookie.

The imperial colours of red and black along with Imperial and Rebel insignia covered the walls of the ICC. The audience began to enter the theatre as Darth Vader was called back to the Death Star. The orchestra took to the stage as two Stormtroopers took up positions in front of the stage. 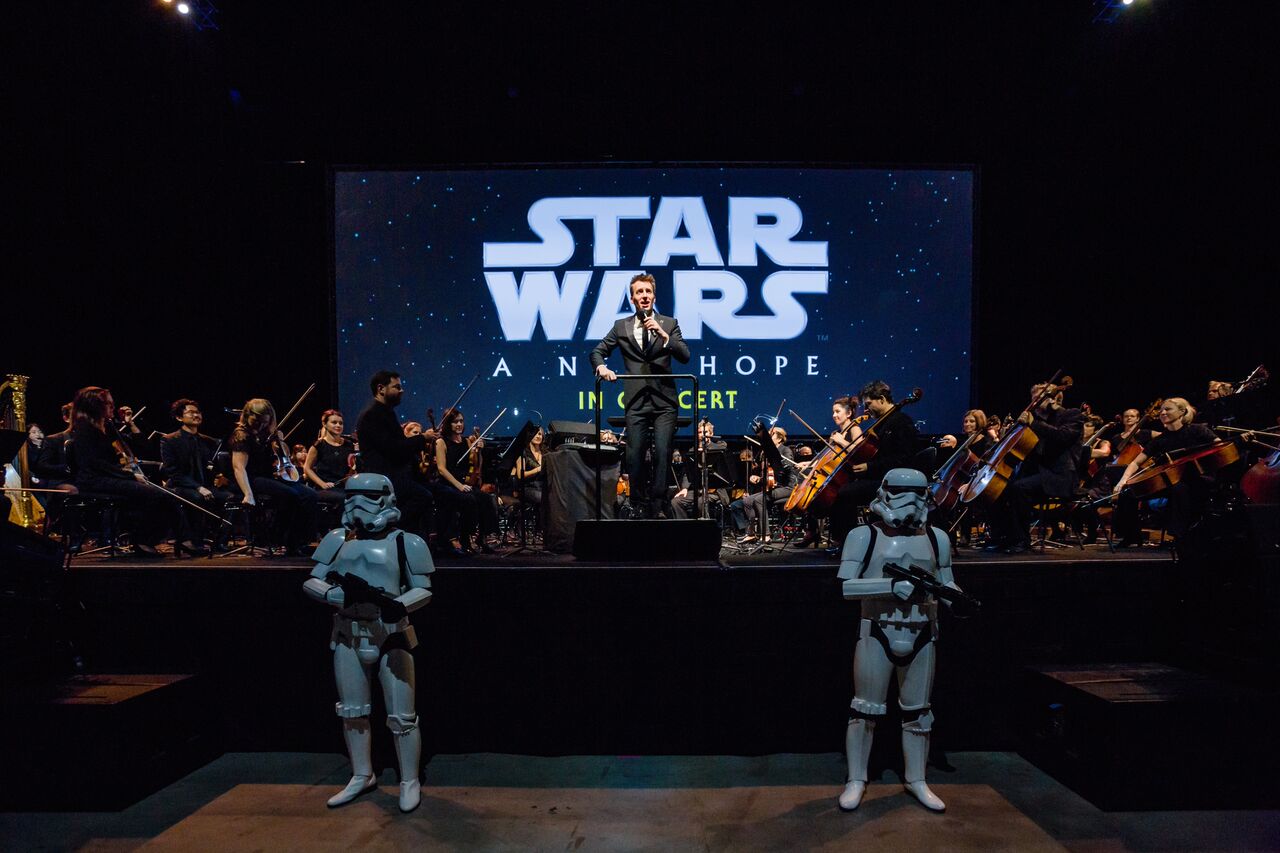 “TK-421 why aren’t you at your post?” Conductor Nicholas Buc asked in his best Imperial voice before turning to the orchestra.

The big screen behind the orchestra lit up with the 20th Century Fox logo as the orchestra played us in. The audience erupted. I realised this was my first time seeing A New Hope on the big screen. Boy, was it amazing. Even the musicians, when not playing would turn and watch the movie.

The audience buoyed by the live score clapped and cheered, becoming more invested in the beloved story of a moisture famer, more in awe of the talent of the musicians. Murmurings of who shot first (it was totally Han), quoting lines, and turning the night into an interactive and fan driven experience. 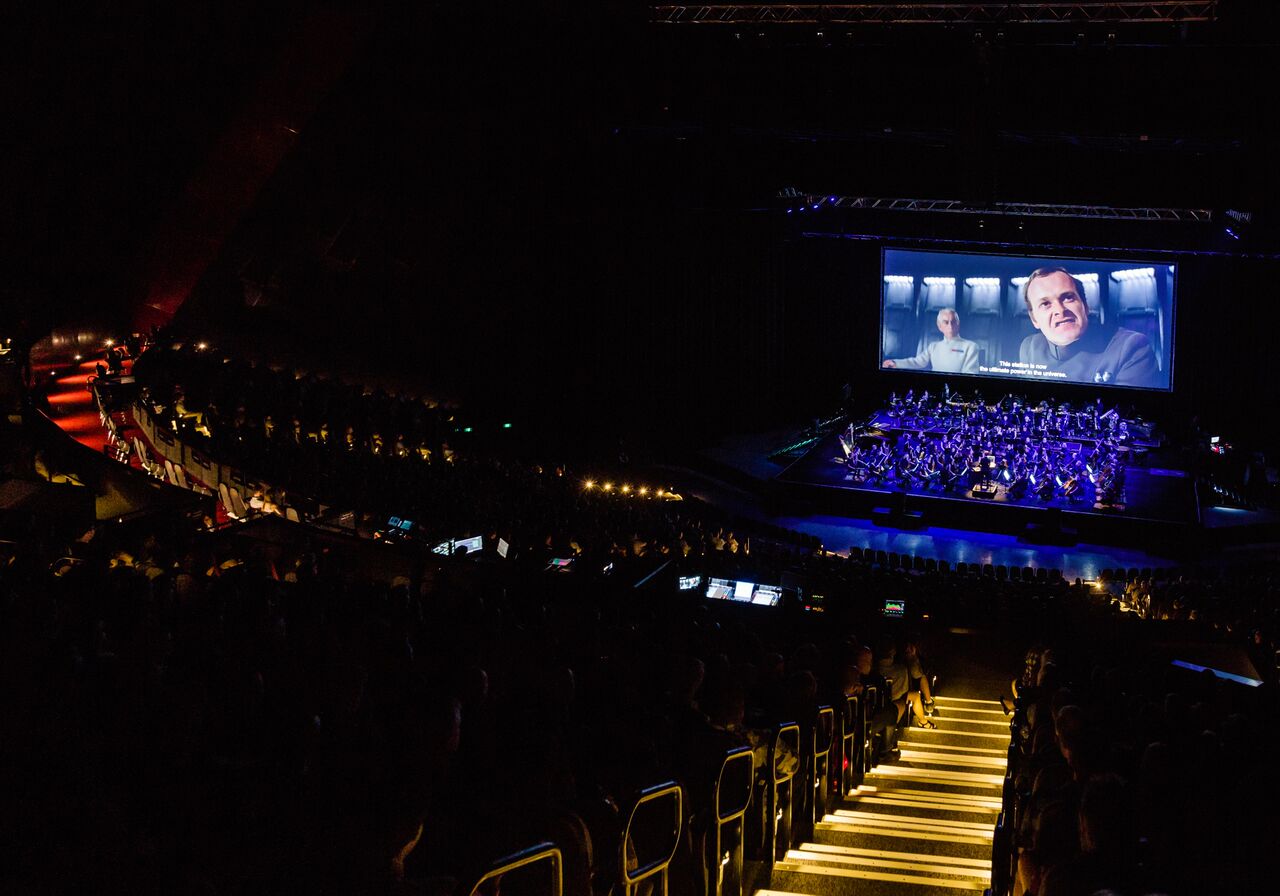 Honestly the only disappointment was the Symphony not playing the only playing Mos Eisley Cantina. Alas, a score is only the non-diegetic music.

The night and performance on a whole was magnificent. More films need live orchestral accompaniment. Be sure to check out the rest of the series. Tickets for Star Wars: The Empire Strikes Back are on sale now and trust me when I say it will be a popular event.

May the Force be with you.

Disclosure: The Plus Ones were invited guests of Sydney Symphony Orchestra.
Image credit: Robert Catto.