Dicken’s classic tale, A Christmas Carol, gets an update for 2017 at King’s Cross Theatre. Lies, Lies and Propaganda theatre company deftly bring the story to life, creating a bubble of Yuletide fun. The play is an enjoyable interlude in the midst of the holiday hustle and bustle.

You probably know the bones of the story: Ebenezer Scrooge is, after all, one of those names seared into the collective consciousness. The short story starts with him being what he is — a scrooge — to passersby and employees alike, including father of Tiny Tim, Bob Cratchit. After a visit from the ghost of his late business partner, Marley (who was dead, dead as a doornail), three spirits take Scrooge on a magical journey through Christmases Past, Present, and Future. By end of his journey, the audience delights in seeing Scrooge as a reformed man. 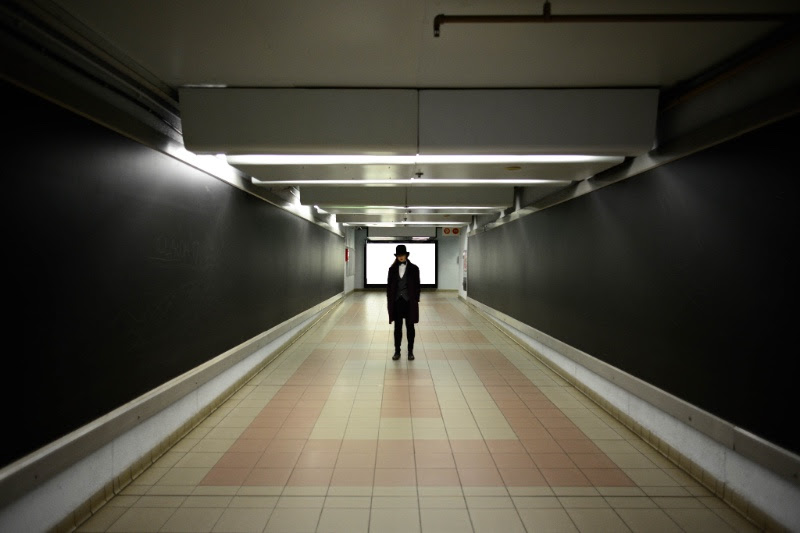 It’s refreshing to see woman-driven theatre — in this case, the adaptation by wry writer Melissa Lee Speyer (whose notes in the program are hilarious) is brought to life by women in the roles of Scrooge and Bob Cratchit. Director Michael Dean deftly utilises the cast of seven actors in various roles.

The play is hilarious, thought-provoking, and downright fun. We’re brought from Dickensian-era moments to fanciful moments — my and my +1’s favourite being a children’s television show moment for Christmas past. The play doesn’t hold any punches, challenging viewers to consider whether the bougie lifestyles of those who celebrate diversity are any better than messy KFC-eating bogans. There are poignant moments, laugh-out-loud moments — and of course, heartwarming moments as well.

I won’t give it away, but the fact that the turkey is specifically mentioned in the program now makes total sense. It’s just another fun touch that you will experience when you go see Lies, Lies and Propaganda’s A Christmas Carol this year. Enjoy!

Disclosure: The Plus Ones were invited guests of Kabuku PR.
Image credit: Lies, Lies and Propaganda, Michael Yore.

Check out our autumn magazine for the season's best events, festivals, parties, launches, and more.
culture Main Popular Slider
A Christmas Carol bAKEHOUSE Studios King's Cross Theatre Kings Cross Lies Lies and Propaganda Sydney The Plus Ones The Plus Ones Sydney theatre