Travelling is great. Exercising is great (even if it doesn’t always feel like it at the time). It can, however, be a little difficult to keep up your healthy habits when you’re on the road.

The barriers to exercising whilst travelling are as many as there are travellers. Maybe you’re tired. Maybe you’re shy. Maybe there just wasn’t space in that tiny carry on suitcase you brought for gym gear. Maybe you managed to pack your gear after all, but squeezing into those pants and dealing with those shoelaces is just all a bit much. 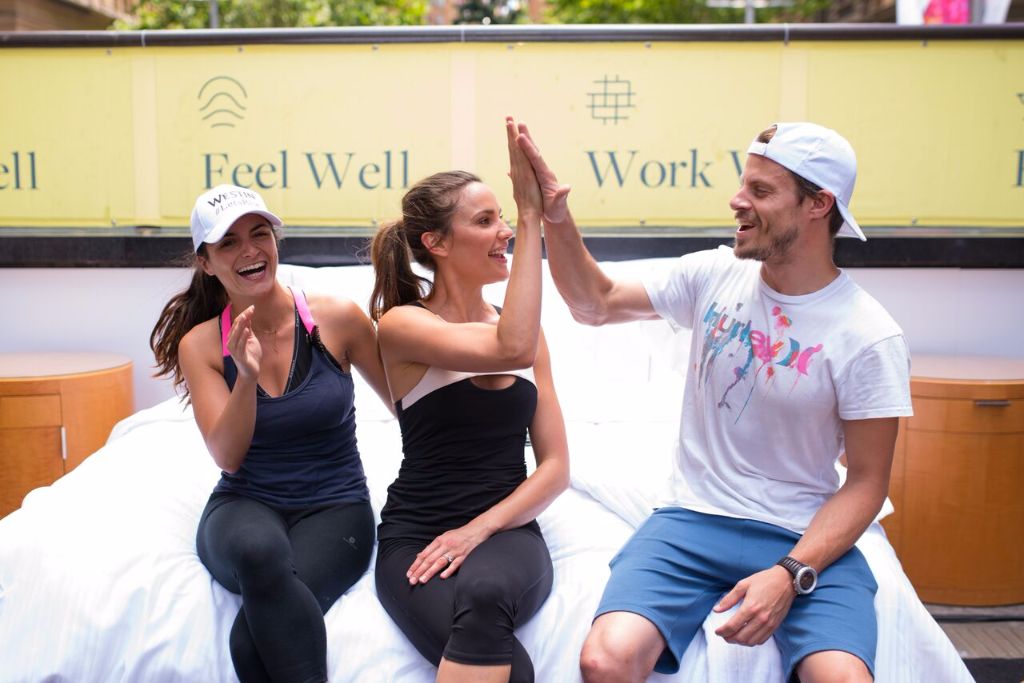 Enter Rachael Finch. Model, certified health coach, and television presenter, she and The Westin collaborated to create an exercise program. It’s designed to be appropriate for men and women, and easily completed in that space between the bed and TV, without any special equipment.

The program consists of two full body HIIT workouts (15 minutes each), two 8 minute ab blasts, a warmup, and a cool down with stretching. They’re designed to be easily completed in-room, cleverly dismantling most of the barriers involving grappling with pants and shoelaces. If you’re really pressed for time, you can be done with it all in 15 minutes.

For the launch of the workout series, Rachael Finch and The Westin Hotel sectioned off an area in the middle of Martin Place to run a lunchtime workout. After handing over our bags and grabbing some juice, we shuffled down to get a spot towards the front. The stage was set up with a lush looking bed and armchair a lá The Westin’s guest rooms, and Rachael and her assistant trainer were already there finishing up their soundcheck. After a brief warmup, Rachael demonstrated each of the six movements we’d be doing. The movements included a variety of movement styles, and provided elements of both strength and cardio. Going through the whole thing three times left us all sweaty, but the movements themselves were simple enough so as to be accessible to any fitness level. 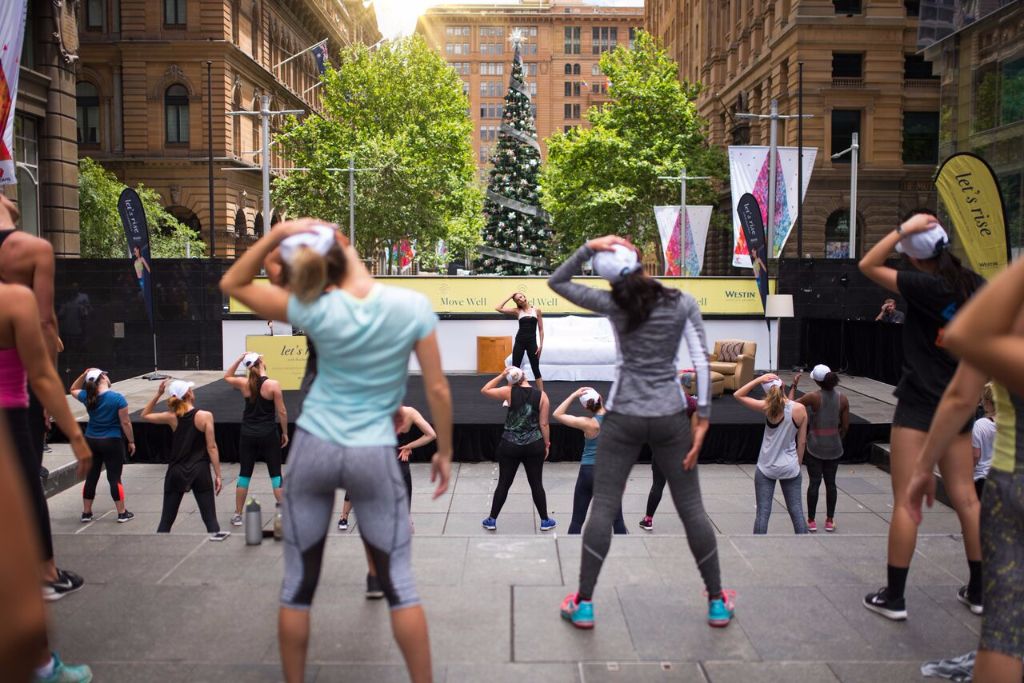 To complete the experience, we then wandered over to The Westin for an intimate lunch, consisting of a selection of items from the hotel’s menu. We sipped on fresh juices and nibbled on cured atlantic trout and melt-in-your-mouth wagyu bresaola until our mains arrived. Tucking in to perfectly cooked salmon on the upper level, with clear sunlight pouring through the glass ceiling, was the perfect way to recuperate from the workout.

The in-room workout videos will be available 24 hours a day from December 2017 at all Westin Australia and Fiji hotels. The Let’s Rise workout series is part of their broader Let’s Rise campaign, which brings maintaining health and wellbeing of guests into the foreground.

– Liv
Liv S. is a creature of warm weather and negronis. Her interests include working out, trying new things, and triple utterances. Follow her frolics on @callmememphisjones.

Project Botanicals: a popup journey thanks to Bombay Sapphire

The Body Shop launches #PLAYFORPEACE for the holidays