Ever had a terrible date? Of course you have. We all have. Debriefing with your friends afterwards is a crucial step in transforming the experience into something you can have a good, belly shaking laugh at. The therapeutic benefits of retelling dating stories was part of what inspired the idea of The Story Party. 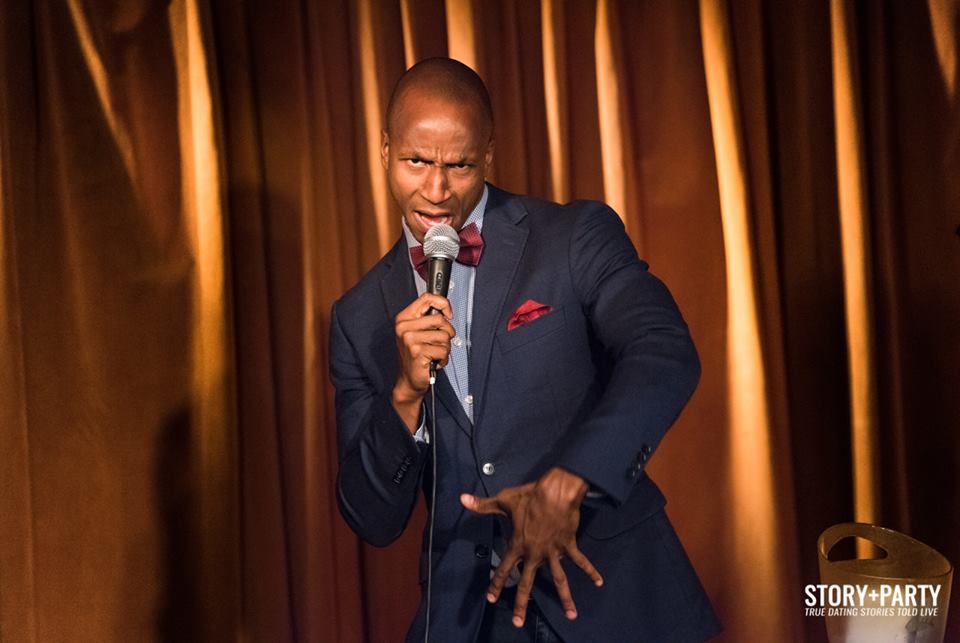 As the audience filed into the back room of World Bar, we were handed slips of paper on which to write down the good, bad, and ugly of our dating adventures. Anonymously of course. The evening itself was part standup, part open mic, with just a hint of cabaret. Rachman Blake– creator, facilitator, and dater extraordinaire, introduced the show, setting a conversational tone for the evening. It was immediately apparent that for the next hour, nothing would be held sacred. From sexual adventures to hilarious escape plans, The Story Party covered it all.

The feature storyteller for the evening was Sydney native Elena Gabrielle. Soft jazz music drifted out from somewhere side stage. Her voice sparkled like her diamond earrings in a bluesy lament about her diminutive love life. Her set was part song, part storytelling, all self deprecating humour which had the audience quaking with laughter. There’s just something special about being recounted, through the medium of slinky jazz, the ahem…messy result when when a lactose intolerant woman’s date decides to order her carbonara.

Retaking the stage, Rachman shared a few more of his own stories, plus a few from the slips of paper, before inviting anyone from the audience to take to the mic and share a story. A moment of silence washed over the room. People shifted in their seats. People had stories, but nobody wanted to be the first. I, however, have no such qualms and merrily shared a tale from back when I was 18 and Tindr was still a novelty. After another couple stories from the audience, it was time to wrap up. 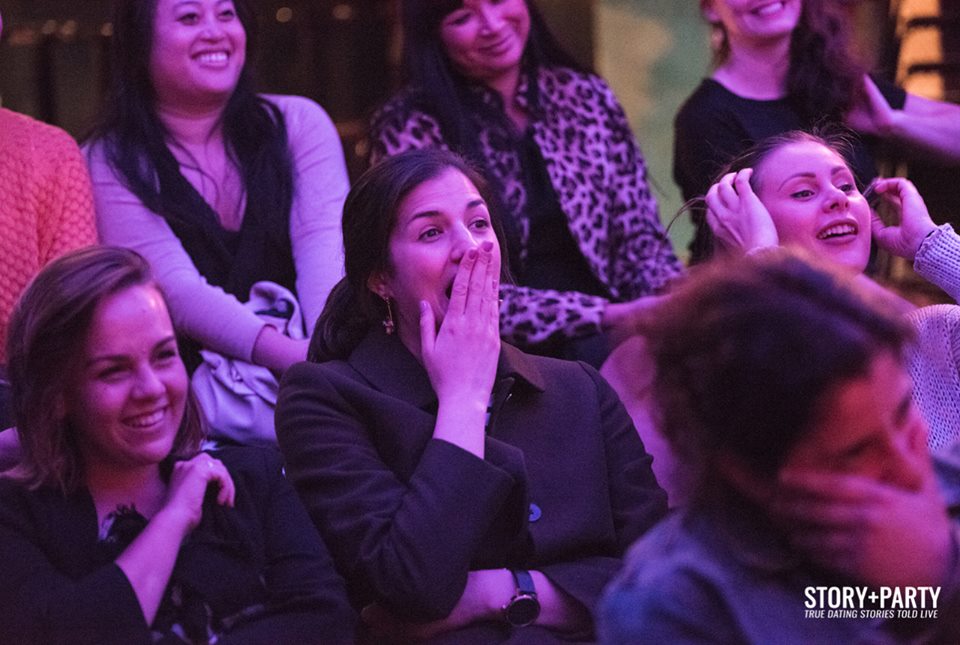 We all left the room stomachs aching from laughing, with the knowledge that the trials and tribulations of modern dating and relationships is truly universal. Story Party has brought professional storytellers to sold out audiences all over the world, including Budapest, Vienna, Amsterdam, Berlin, and more.

– Liv S.
Liv S. is a creature of warm weather and negronis. Her interests include dating, trying new things, and triple utterances. Follow her frolics on @callmememphisjones.

‘Ghosts’ Comes Alive at the Belvoir