The mood is set from the moment guests enter the upstairs theatre: the stage is a bare white room, windows fogged over from the rain and stormy weather outside. Ghosts officially begins with a shadowy figure knocking at the door and it doesn’t let up for the next 105 minutes.

Ghosts is ostensibly about a woman trying to reconcile the truth of her life with her late husband — an abusive, morally corrupt man — and the wider community’s perception of him as an upstanding figure, all the while reconnecting with her son who has recently returned from Paris. Of course, family ties are not quite what they seem and hardly as simple.

Over the course of nearly two hours, we watch as the five characters interrogate one another and themselves. It is conversation, not action, which drives the plot, and each new revelation forces you to reconsider your preconceptions about the characters. There are no stereotypes to rely upon; the drunkard carpenter and the stern widow become fully realized individuals, each fighting against their pasts and the roles that have been set out for them. 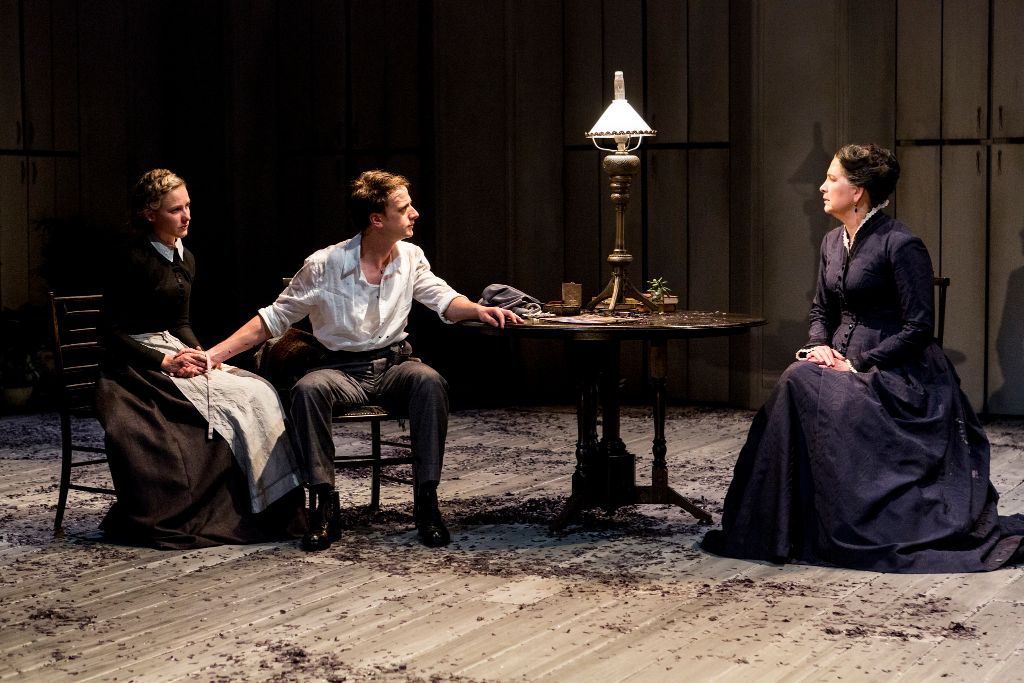 The set and sound design are masterful. We are taken through a day and a night at the isolated country estate, with the passage of time indicated by the slow dimming of the lights. There are no abrupt scene changes. Instead, everything unfurls around a table and some chairs. The set is just as worthy of being considered a character; you can see the rain outside and understand why Osvald is convinced that he’ll never find happiness on the estate.

Ibsen’s play was originally intended as a critique of nineteenth century morality, but here it never feels antiquated. It feels at once timeless and universal. As a matter of fact, the underlying theme of family ties and what we inherit from our own families feels just as vital today.

Katie
Katie MacDougall is an American studying in Sydney. When she’s not on the hunt for coffee or cool events around town, find her on instagram @katiemacdougall97.

Disclosure: The Plus Ones were invited guests of Kabuku PR.
Image Credit: Brett Boardman.