Bar Week has returned to Sydney and we got the chance to sample some of Australia’s finest craft distillers at the Indie Spirits Tasting. The showcase was held at Restaurant Hubert. Stepping through their entrance and down the steps to the bar was like descending back in time to an era of speakeasies and private theatre shows. When we arrived, the room brimming with vendors and spirit-enthusiasts. We were spoilt for choice with over 140 vendors offering samples of their gins, vermouth, liqueurs and whiskies and more. 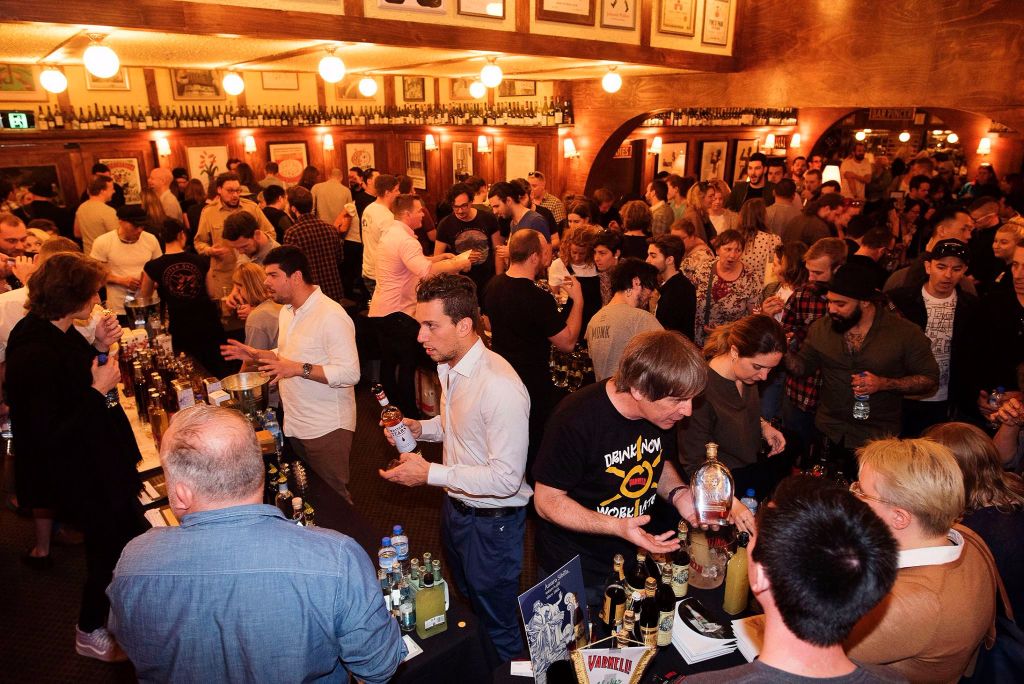 Sydney’s craft gins didn’t disappoint with the fantastic Poor Tom gin holding strong, as well as Manly Spirits Co, and Young Henry’s among others. After a quick lay of the land, we headed into the theatre room to sample our first spirit, Four Pillars Shiraz Gin. Starting off strong, this gin was unlike any I’ve ever had before. Made using Shiraz grapes from the Yarra Valley. The grapes give the gin its distinctive colour and taste. It had deep blackberry notes with juniper, almost like a liqueur. Delicious on its own, but it would make a delicious twist on a gin and tonic or with a wedge of lime and some ice. 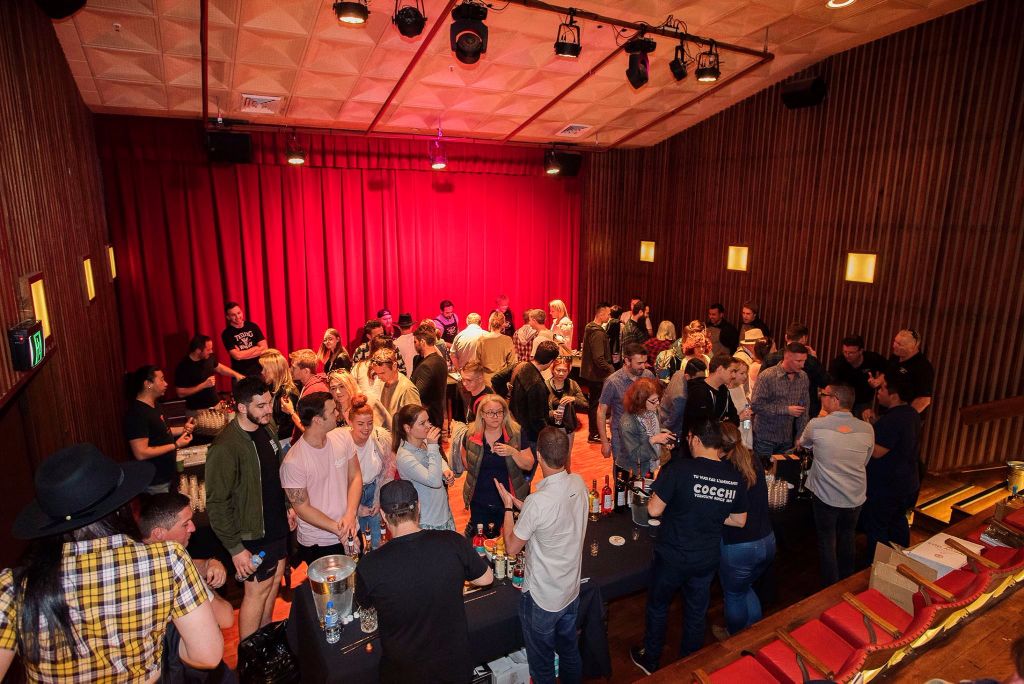 It wouldn’t have been right, as an Irish woman, to go to a spirits tasting and not indulge in some Irish whiskey. Teeling Whiskey has released a new Poitín, The Spirit of Dublin. To the uninformed, Poitín has a rich history back on the Emerald Isle. It was our version of America’s moonshine, except a potent distilled spirit made from potatoes — because Ireland. You’d often have some old fella making a batch for the community in his shed that was so strong it would turn you blind drunk, or just plain blind. Teeling’s version was delicious. Crystal clear with a crisp and clean mouth feel with a taste that was on the spectrum between vodka and whiskey. 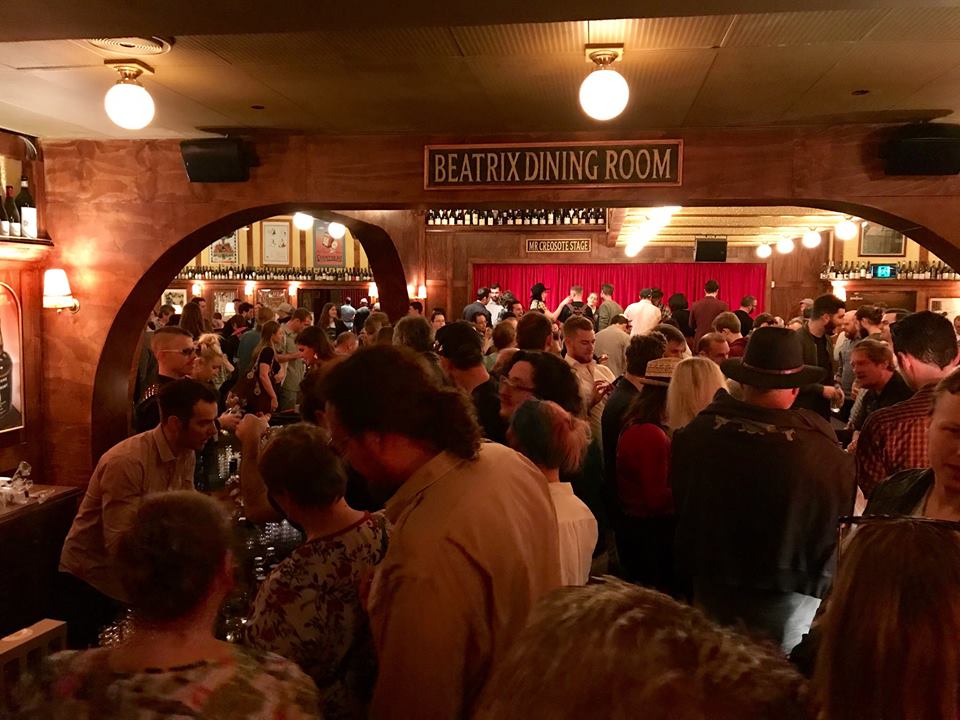 We also sampled Walsh Whiskey’s Irishman range. These included small batch (only 6,00 sold globally) whiskies and blends including a Single Malt, Aged 12 Years, and Reserve Blend (which was my favourite). Some other standouts from the day included the huge range of gins from Tasmania. One such standout was Poltergeist unfiltered and classic gin from the family-run Shene Distillery in Tasmania. We tried the classic gin first and it was everything one would expect from a good quality gin. The unfiltered version was completely different. It tasted almost like a liquorice liqueur. Much fuller and more floral than a typical gin.

In addition to the fantastic selection of craft distillers showcasing their wares, there were talks scheduled. Unfortunately, the organisers decided to hold these talks in an area above the crowd of cheery attendees and vendors. And sound carries. No matter how much the M.C. increased the volume, we just couldn’t make out what the speakers were saying.

That being said, all round it was a great event. A fantastic opportunity to sample spirits we’ve long been spying on the bottle-o’s shelves. Bar Week is on all week with tastings and talks happening all over Sydney. Check out their website and let us know which events you’ll be attending!

Sydney Bar Week is running from 16th – 20th September. Check out the full schedule of events on their website barweek.com.au

Disclosure: The Plus Ones are invited guests of Spanton Media Group.
Photo credit: Indie Spirits Tasting.

Nothing’s Black and White in ‘The Nether’