The highly-anticipated encore season of My Fair Lady has arrived! The 60th anniversary production of the original Tony Award winning Broadway musical premiered in Australia in 2016. It broke box office records, selling more tickets than any other production in the history of the Sydney Opera House. If you missed out on seeing the show last year, here’s your second chance. 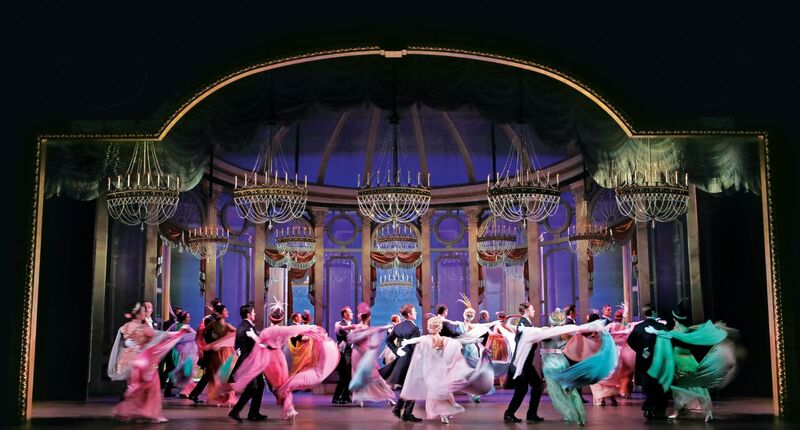 Broadway’s original Eliza Doolittle, Dame Julie Andrews, is in the director’s chair. In 1956, Alan Jay Lerner and Frederick Loewe’s masterful retelling of George Bernard Shaw’s Pygmalion featured a 21-year-old Julie Andrew, in her second Broadway role, as the irresistible Eliza Doolittle. It was a role that would catapult her into international stardom and a juggernaut career with the massive Hollywood successes of Mary Poppins and The Sound of Music. Later the stage play My Fair Lady was turned into a film with Audrey Hepburn in the lead. Both the Broadway and Hollywood versions are from the much-revered Golden Age of musical theatre and have a beloved, enduring place in our collective Western consciousness. 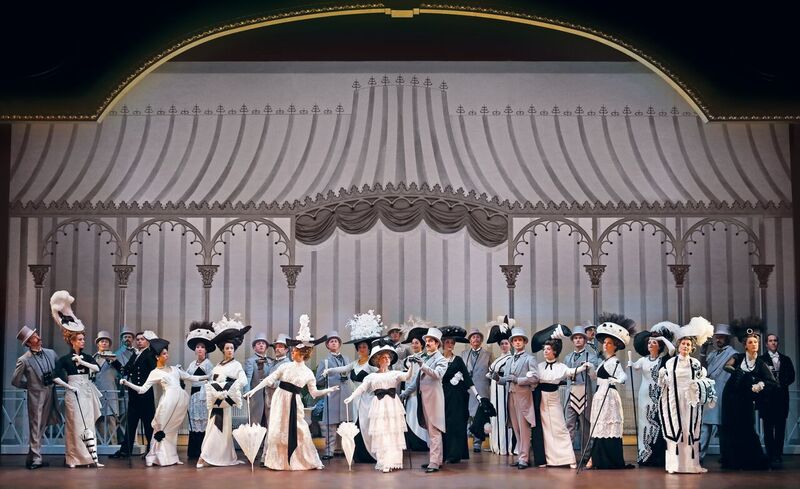 Andrews’ nostalgic production faithfully recreates each detail of the original run (then directed by Moss Hart) from sets to costumes and beyond. Old designs were tracked down and studied and the original designer assistants were collaborated with. The recreated costumes are positively glorious and the set design magnificent, with sixteen chandeliers onstage for the ball scene, creating a sense of depth and grandeur. The staging of the Ascot races scene is a gorgeous visual delight, picture-perfect. Tony-award winning choreographer Christopher Gattelli magically takes a large ensemble and creates individuals at a glance, with posture and movement that denote character and social mood. It is a scene packed with tiny, fully-realised moments, but also a sly, ironic juxtaposition of lyrics with choreography. It is the only real scene that lampoons the upper class and serves in some way to redress the oversimplified portrait of the class divide that the rest of the musical paints. The Covent Garden scenes, for example, especially in the second act, definitely peddle the myth of the happy poor. 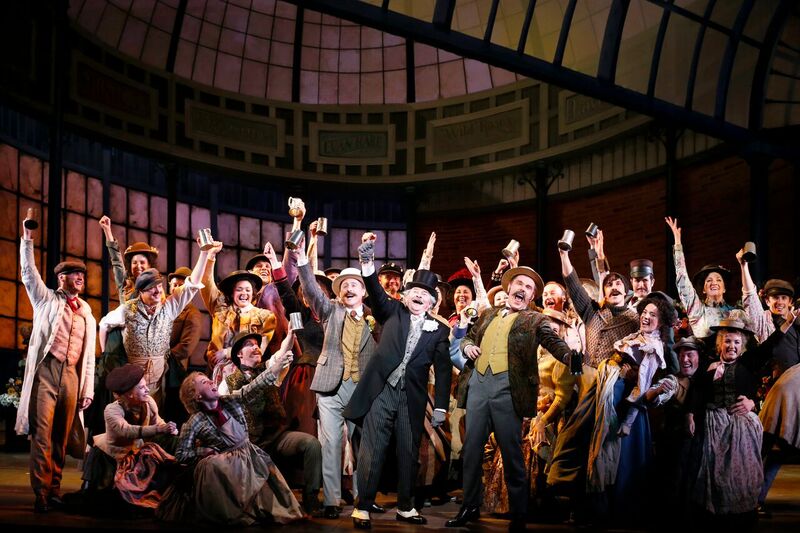 But of course, things are generally simplified in musicals. The story, for example, suffers from outdated gender politics: a young working-class woman is transformed into a ‘lady’ by two older gentlemen as part of a wager. Although distressed enough by her teacher’s lack of feeling that she leaves, in the end she falls in love with him and returns, without any recognition of his wrong or any promise to change, presumably resuming the status quo. To a contemporary audience, lyrics such as “why can’t a woman be more like a man?” are more offensive than humorous.

Interestingly, Andrews makes no attempt to modernise the story or soften the lyrics. Instead she presents everything just as it was presented 60 years ago, without censure. She does not even choose, as other directors have done before, to tell a more equitable story through staging and direction, illuminating Higgins’ egotism and directing audience laughter against him by having his sexist statements punctuated with flashes of incredulous looks by other characters. It would seem that Andrews dignifies the audience’s ability to understand the story through the lens of its temporal context. It is clearly set in the past, and that is exactly where Higgins’ sentiments belong. They do not need to be explained away or justified or minimised, because surely there is no doubt that any of us today would agree with them anyway. It is quite refreshing, really, to have one’s intelligence and morality trusted, rather than directed, by a director. 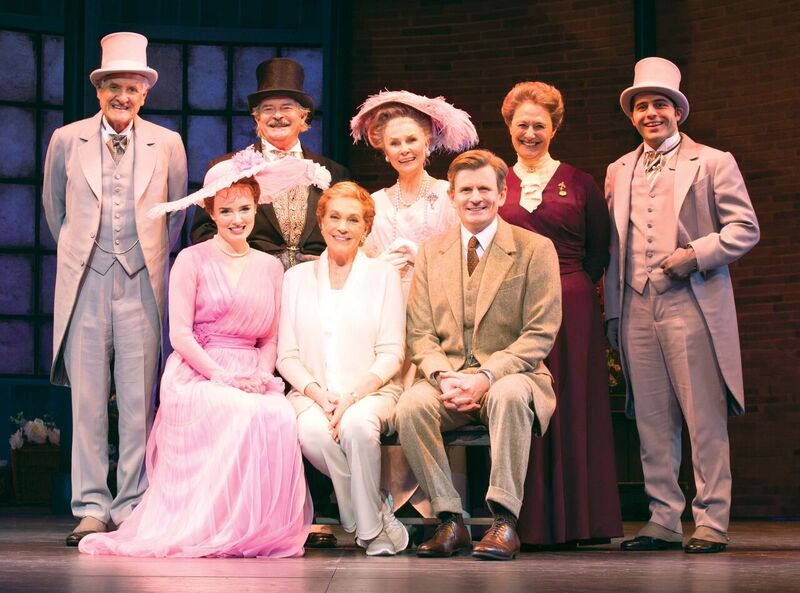 Andrews showcases a stellar cast of Australian theatre royalty and emerging talent, including some of the stars from the record breaking 2016 Sydney Opera House season. Acclaimed theatre, film and television actor Charles Edwards (Downton Abbey) inhabits the character of arrogant, chauvinistic Professor Higgins so well it is a bit of a worry. Edwards’ manly stage presence, dynamism and comic skill come together with some of the wittiest lines in all musical theatre to make Henry Higgins likeable somehow. It is not a role for which a strong singing voice is a necessity, as Higgins’ songs are mostly patter songs. The potent lyrics and clever rhymes are best executed in a recitative rather than cantabile style. But there is a strength and depth to Edwards’ voice, and it is apparent that he could really belt out an aria if given the opportunity.

The lead role of Eliza Doolittle, on the other hand, is blessed with many soaringly melodic vocal pieces. Eliza is played by Australian opera, theatre, concert and film star Anna O’Byrne, who has had starring roles in musical theatre productions, including The Phantom of the Opera. Her clarion, crystalline voice is so pure and refined that it is unable to sound dirty enough to be believable as belonging to the “squashed cabbage leaf” that is the street hawker of the first act. Although O’Byrne’s cockney accent is decent in her spoken lines, in song she cannot hide her perfect training. Despite solid attempts to sing “ow” instead of “oh” in Wouldn’t It Be Loverly?, her clearly articulated consonants and correctly pronounced vowels betray her. Other than this small gripe, it is a beautiful performance.

Reg Livermore brings down the house with his classic performance as Eliza’s father, Alfred P. Doolittle. Robyn Nevin couldn’t be more of a polar opposite as the strong and polished mother of Mr Higgins. Colonel Hugh Pickering, with all his idiosyncracies, is played to a tee by Tony Llewellyn-Jones. Young tenor Joel Parnis is new to the role of Freddy Eynsford-Hill and does a sensational job with the crowd favourite love song On The Street Where You Live. The ensemble sing with classical timing and phrasing, and there are some interesting new harmonies in some of the old favourite sing-along numbers.

This really is a glorious production of an absolute classic – endearing, charming and vivid.

My Fair Lady plays at the Capitol Theatre until October. Purchase tickets now. The venue is accessible.

Disclaimer: The Plus Ones were invited guests of Dianna O’Neill Publicity
Image credit: Kerry O’Brien